The Sammauroindustria association — whose associates include the municipality of San Mauro Pascoli, Cercal (International Footwear School and Research Center) and some of the top brands located in the prestigious Emilia-Romagna shoe-making district — has been organising an international competition for young designers for over twenty years now.

The contest is called “A talent for shoes” and offers up-and-coming talents the opportunity to show their creations to a jury composed of key figures from the area’s leading shoe companies, such as Casadei, Gianvito Rossi, Giuseppe Zanotti, Pollini and Sergio Rossi.

Since this year is the 7th centenary of the death of Dante Alighieri, the 2021 edition of the event is dedicated to the author of the Divine Comedy. The title — “La Divina Scarpa” (The Divine Shoe) — speaks for itself: participants will have to produce sketches, stylistic research, prototypes and picture collages inspired by the Supreme Poet. 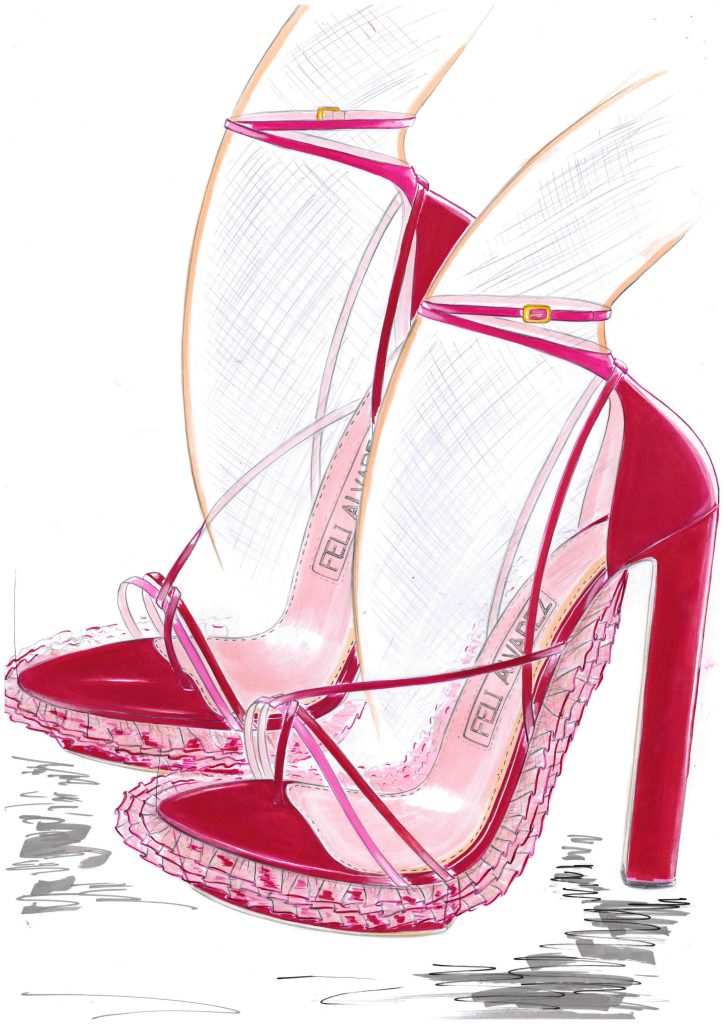 Participation in the competition is free (enter here) and reserved for those born after 1 January 1990 (but for those enrolled in design or art schools there is no age limit).
Up for grabs are 3000 Euros and training periods both at Cercal and in the companies that promote the contest.

Organised in collaboration with Confindustria Romagna, over the years the contest has awarded young designers from all over the world: the previous edition — on the theme “past, present and future” — was won by Luis Felipe Alvarez Torres from Spain. Prior to that, the winners have come from Italy (9 times), Mexico (5), with one victory each for Russia, China, Japan, Croatia and Germany.

And talking of Dante, the poet has even had a pair of socks dedicated to him: the Bresciani hosiery factory in Spirano (BG) has produced two models in Egyptian cotton with some of the most famous triplets from Dante’s Hell embroidered on them. So that their owners can walk every day “midway along the journey of our life…”. 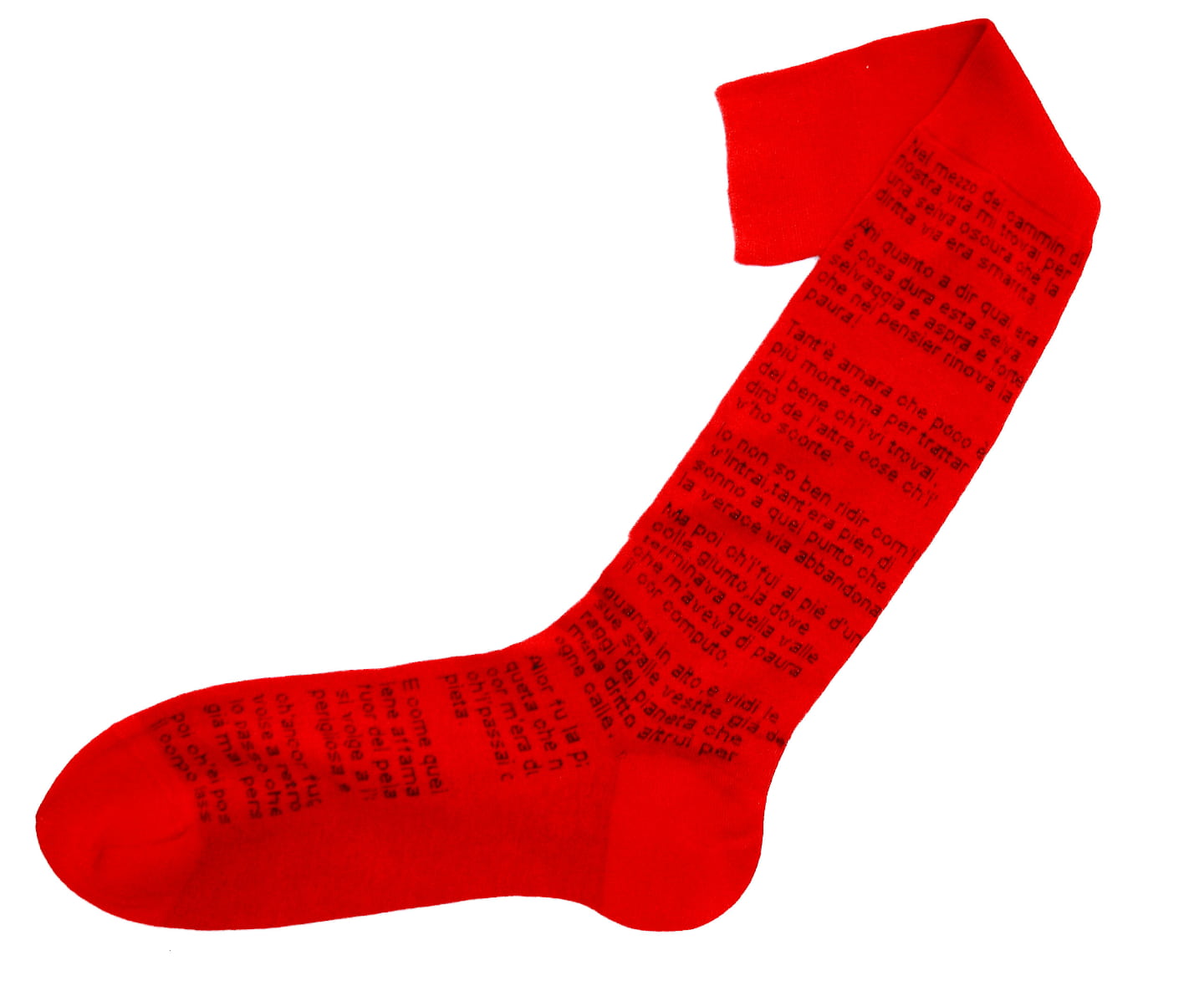 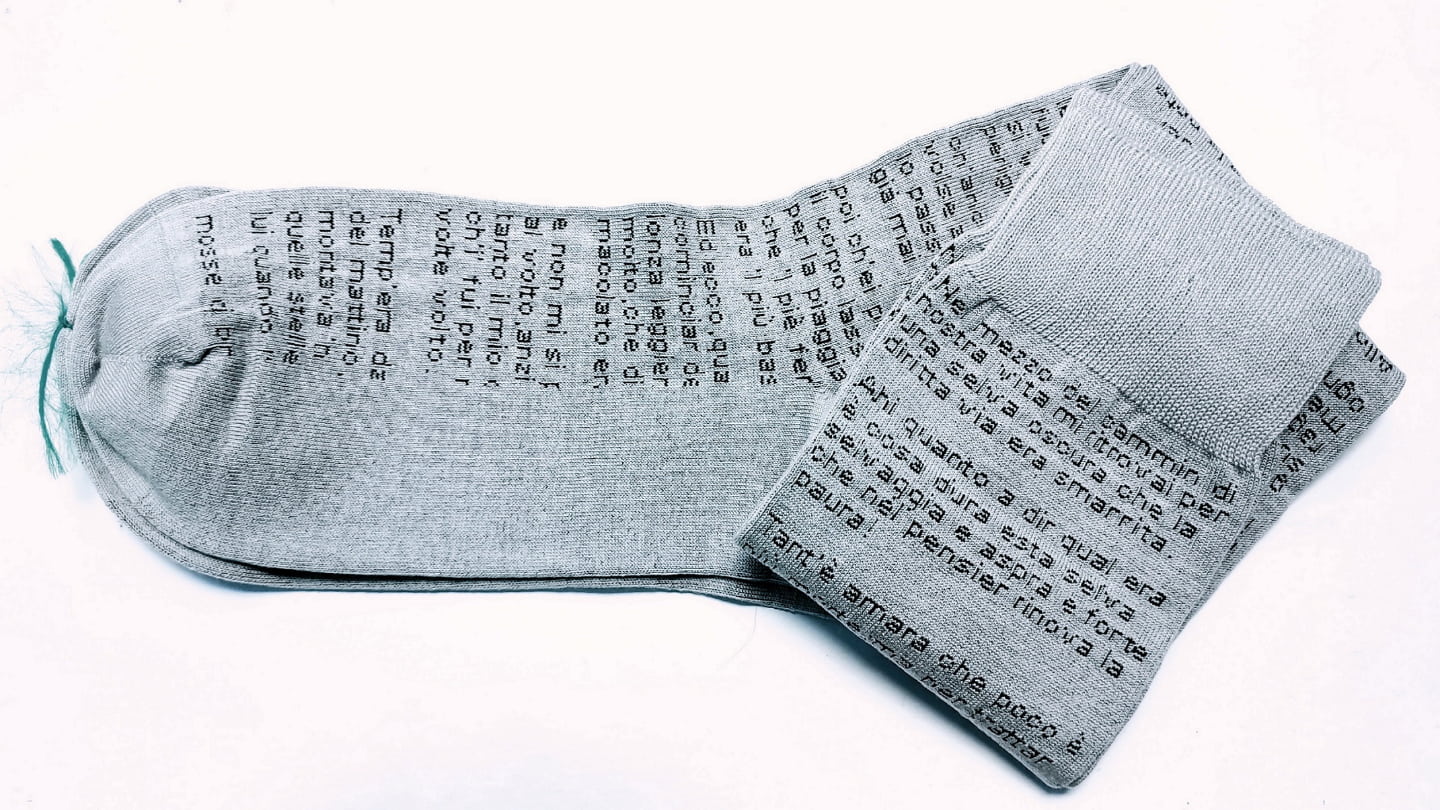