The present dialogues with the past, as always happens in fashion. An example of this is the Eighteenth century! (Settecento!) exhibition at Palazzo Morando in Milan which will remain open until the 29th of May 2022. At the heart of the exhibition, which is supported by the Eurojersey textile company, are three women’s dresses from the second half of the eighteenth century, almost entirely intact, donated by the Amichae association, committed to making the great artistic and cultural heritage of the Lombard capital known both in Italy and across the world. These and other period dresses show styles, fabrics, and decorations that have inspired collections, even quite recent ones, by designers such as Dolce&Gabbana, Versace, Gianfranco Ferrè, Vivienne Westwood, and Max Mara, just to name a few, whose creations are exhibited in dedicated halls. To complete the exhibition, there are also theatrical dresses and costumes for masked balls. Some 18th century dresses come teamed with footwear; splendid embroidered shoes and graceful spool-heel mules, which are examples of great relevance in contemporary fashion, which has taken up their motifs, décor, and detailing. 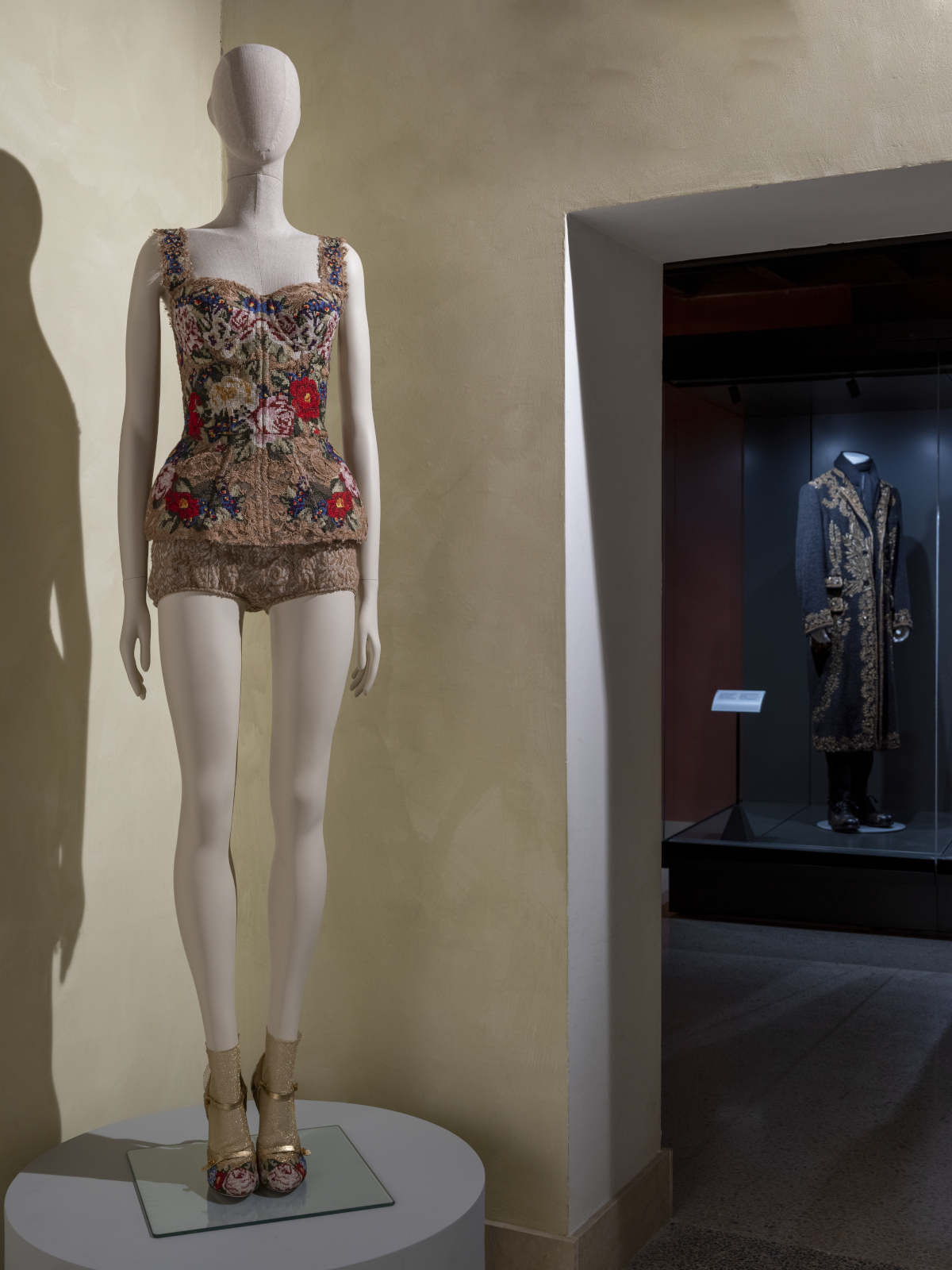