[On the cover: Artwork by Aldo Pallanza entitled Involuzione, 2001]

It was only natural for Aldo Pallanza to make the leap from footwear designer to abstract artist: both fields are expressions of his creativity, passion, and study of materials. Certain luxury shoes undeniably look like true works of art, in which function meets design. The stylist’s inspiration produces a shoe supported by a skilful architectural construction. Aldo Pallanza’s passion for designing footwear was unmistakeably fuelled by his home town, Vigevano, known as the capital of footwear until the early 1970s. From footwear design to painting, his career has been showered with recognition and success. Aldo’s successes include the first Footwear Oscar, awarded in 1963 to styles he created for the Er.Co shoe factory in Vigevano, as well as the appreciation expressed by Sofia Loren and other celebrities of the day. 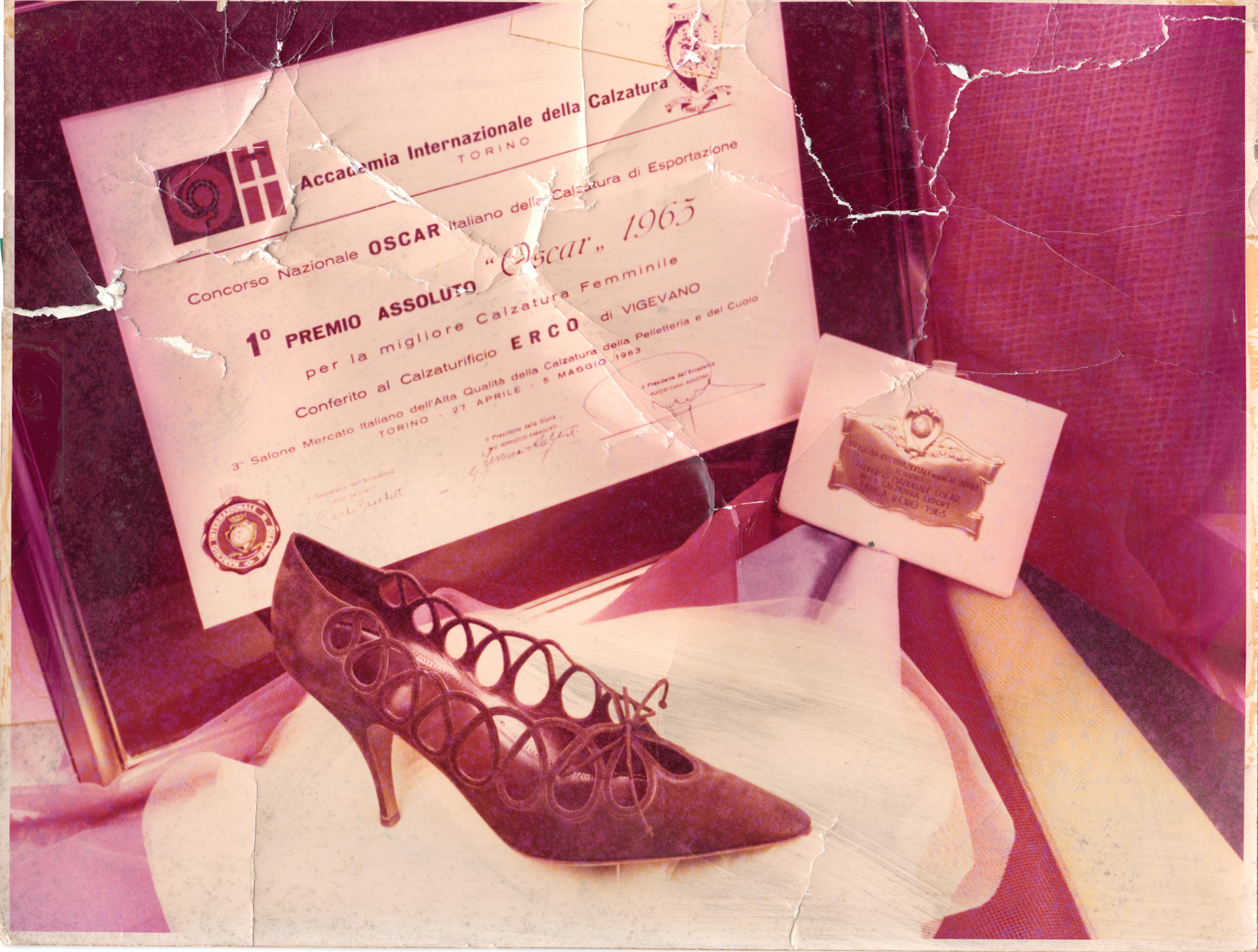 Certification of the 1963 Footwear Oscar awarded to the Er.Co shoe factory in Vigevano 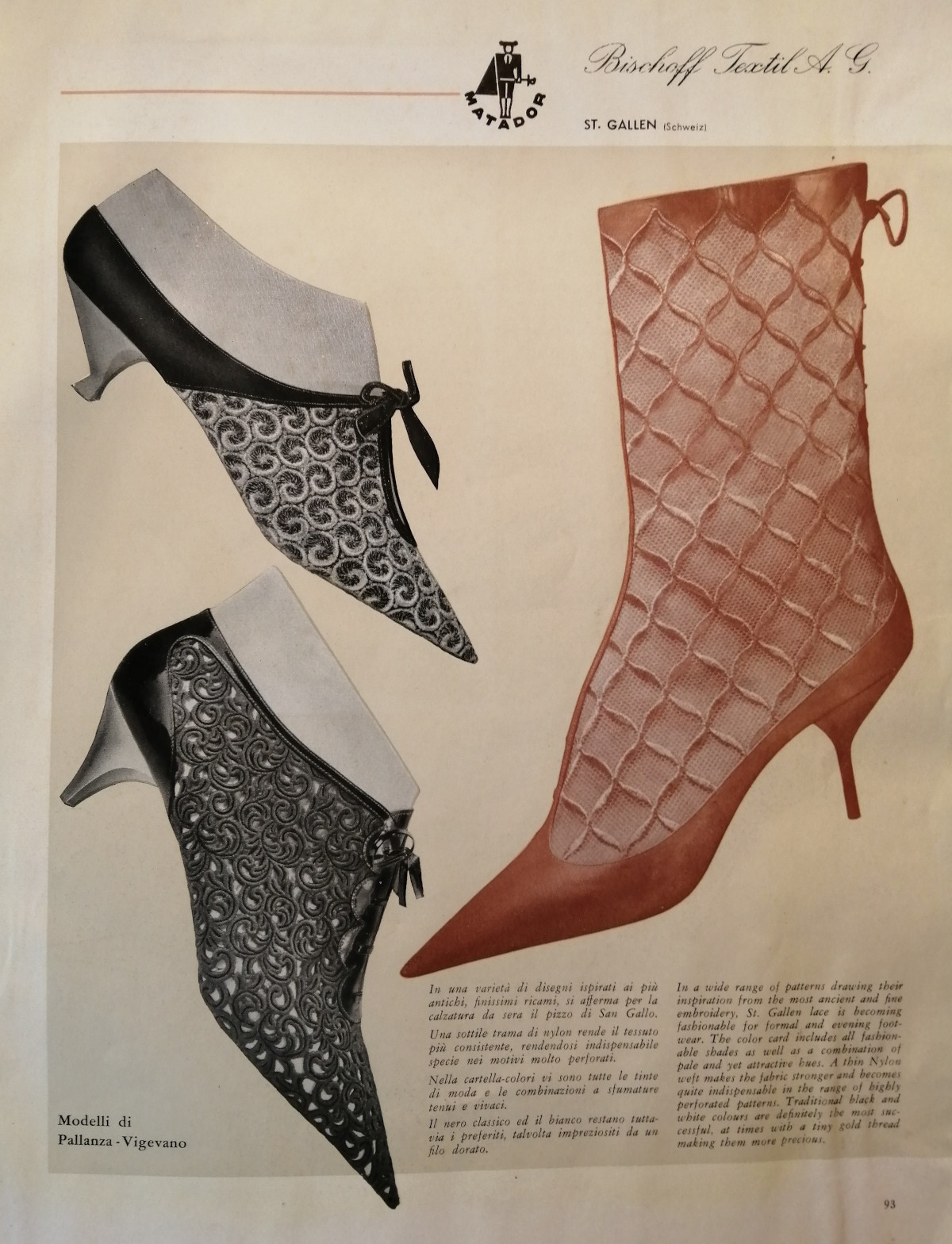 Styles created by Aldo Pallanza for the Er.Co shoe factory using fabrics made by Bischoff Textil AG of St. Gallen 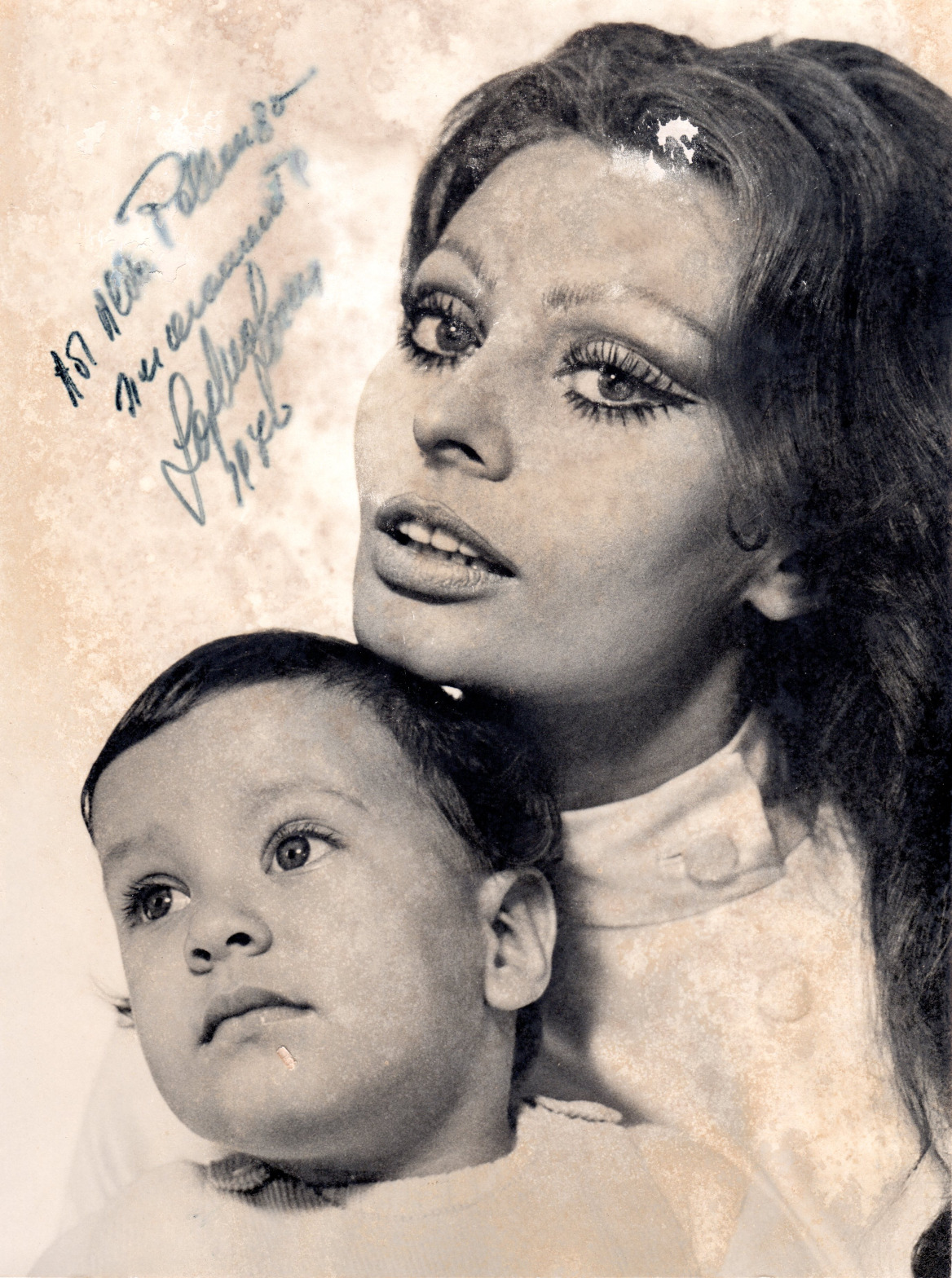 1970 photo of Sofia Loren, dedicated to the designer

His grandsons Filippo and Giorgio Pallanza decided to celebrate the centenary of Aldo’s birth with the exhibition “Al femminile” at Superstudio Più in Milan (from the 18th to the 27th of November), under the supervision of curator Fortunato d’Amico. The exhibition presents not only his designs but his passion for painting, at first figurative and then, from the second half of the 1980s until the final works dated 2014, abstract-figurative in style. The exhibition breaks down his work into cycles: A Look at the City, The Fantastic, Myth, Light, Nature, Geometric Abstractionism, Material Abstractionism, and Three-dimensional Painting. The sensibility toward femininity apparent in the artist’s faces and figures is also clearly expressed in his elegant, feminine footwear for refined women. Aldo’s hometown recurs in his paintings portraying the town square which serves as the parlour of Vigevano, with the little tables of its cafés, and in his abstract figures and drawings standing out in relief. The exhibition also features 3D footwear models created on the basis of Aldo Pallanza’s original footwear sketches using Atom’s Shoemaster technology. 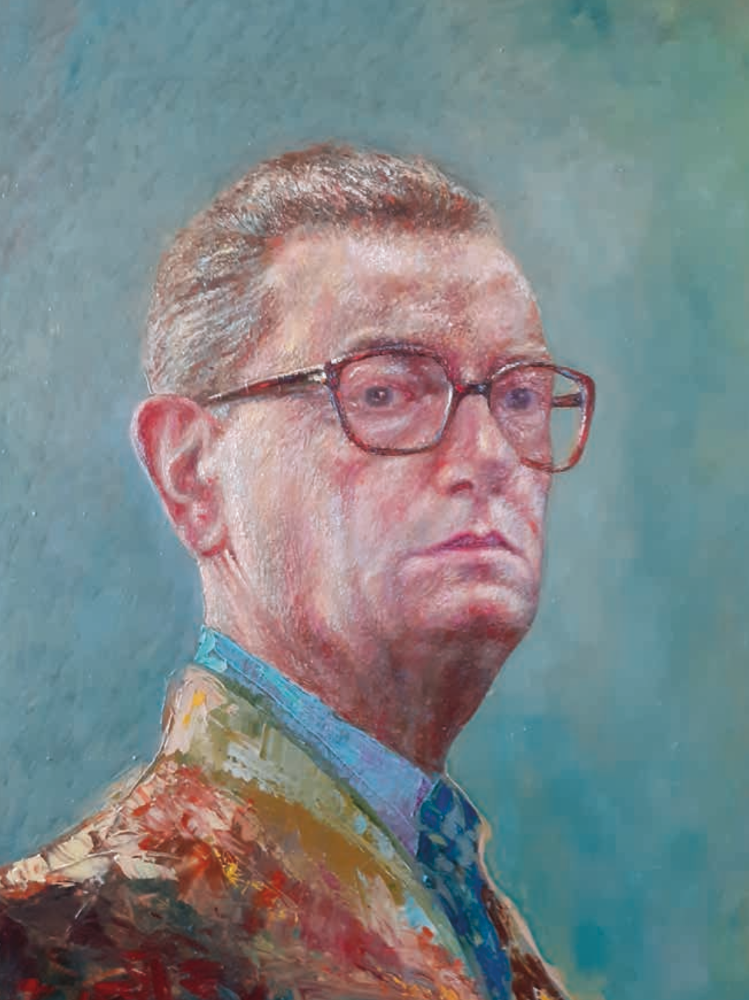