Three American bloggers, guests at MICAM Milano and Mipel reveal the secrets, difficulties and strategies of their job

Tens, hundreds of thousands – sometimes even millions – of people follow every move they make, comment on everything they wear, imitate them, follow their advice and would love to be just like them. They are influencers: cosseted by brands and the press, who nonetheless are always ready to pounce on any slipups, they can move millions of dollars by influencing the tastes and purchase decisions of their followers, who they reach principally through social networks, first and foremost Instagram.

Whatever their detractors may think, being an influencer is a real job, and as such has its own problems, strategies and secrets.

«In this job the highs can be very high, and the lows really low», explains Lindsi Lane Watts, an American blogger and influencer  who has over 250,000 followers on Instagram and, together with her colleagues Marni Harvey and Christie Ferrari, is in Milan as a guest of MICAM Milano and Mipel. The two fairs, in fact, with the support of the Regional Council of Lombardy, joined forces to promote the Lombardy trade fair system and, through the U.S.A. Influencers project, asked the three young web stars to talk about the most outstanding local attractions and the highlights of both trade-fairs on their social media channels. 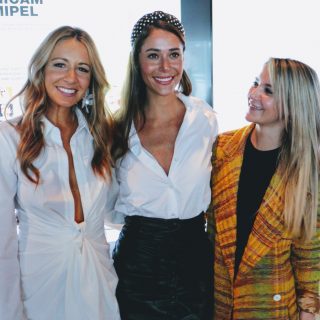 Protagonists of a discussion panel — The art of becoming an influencer — they explained how to become an influencer, what their work consists of, and how even the smallest brands can promote their products and services through this new professional figure.

«My brand is my personality», says Lindsi.
«Anyone starting out in this job must first of all take it seriously and then ask themselves: “what makes me unique?”. When you reach out to a brand, make them understand what your added value may be», adds Christie Ferrari who has more than 500,000 followers and focusses on fashion and accessories, beauty products and travel. With a degree in psychology, she often makes use of her expertise in this area, which helps her interact with her public.

Playing tourist in Milano ?? Had such a great time with @micam.milano & @mipel_official these last few days now time to explore the beautiful #inlombardia region with @footwearnews @wwd, first up the #Duomo! #mipel #micam #wwditalydiary #ad

In fact, perhaps one of the hardest aspects of an influencer’s work is having to keep on attracting and involving people practically every day.
«You have to gain their trust and never let them down», says Marni, who launched her blog in 2014 and today has over 200,000 followers on Instagram.

But how is it possible not to betray people’s trust when most of the content posted by influencers is sponsored by companies, who not only give them free products but often pay generously to have them worn and tried out?

«I don’t think there’s any secret, any particular formula», reckons Christie, who in fact finds that both are equally successful on her Instagram profile.

Lindsi agrees up to a certain point but thinks, for example, that sharing five sponsored posts in a row is not a good idea: «it’s like finding a magazine with the ads all clumped together».
The most important thing is – and here all three agree — that you only sponsor brands you really believe in.

To ensure that the company-influencer relationship produces good results it is important that the campaign works well for everyone: the brand, the blogger, the readers. And to do this, Lindsi and Marnie suggest that the content be created together — by the company and influencer — so that the message is not only effective but also in keeping with the image and personality of the testimonial.

«Talk about what you know», adds Christie, who receives proposals for marketing campaigns in a variety of sectors but, at the end of the day, the constant is always Christie herself – what she is, what she knows, what she likes. 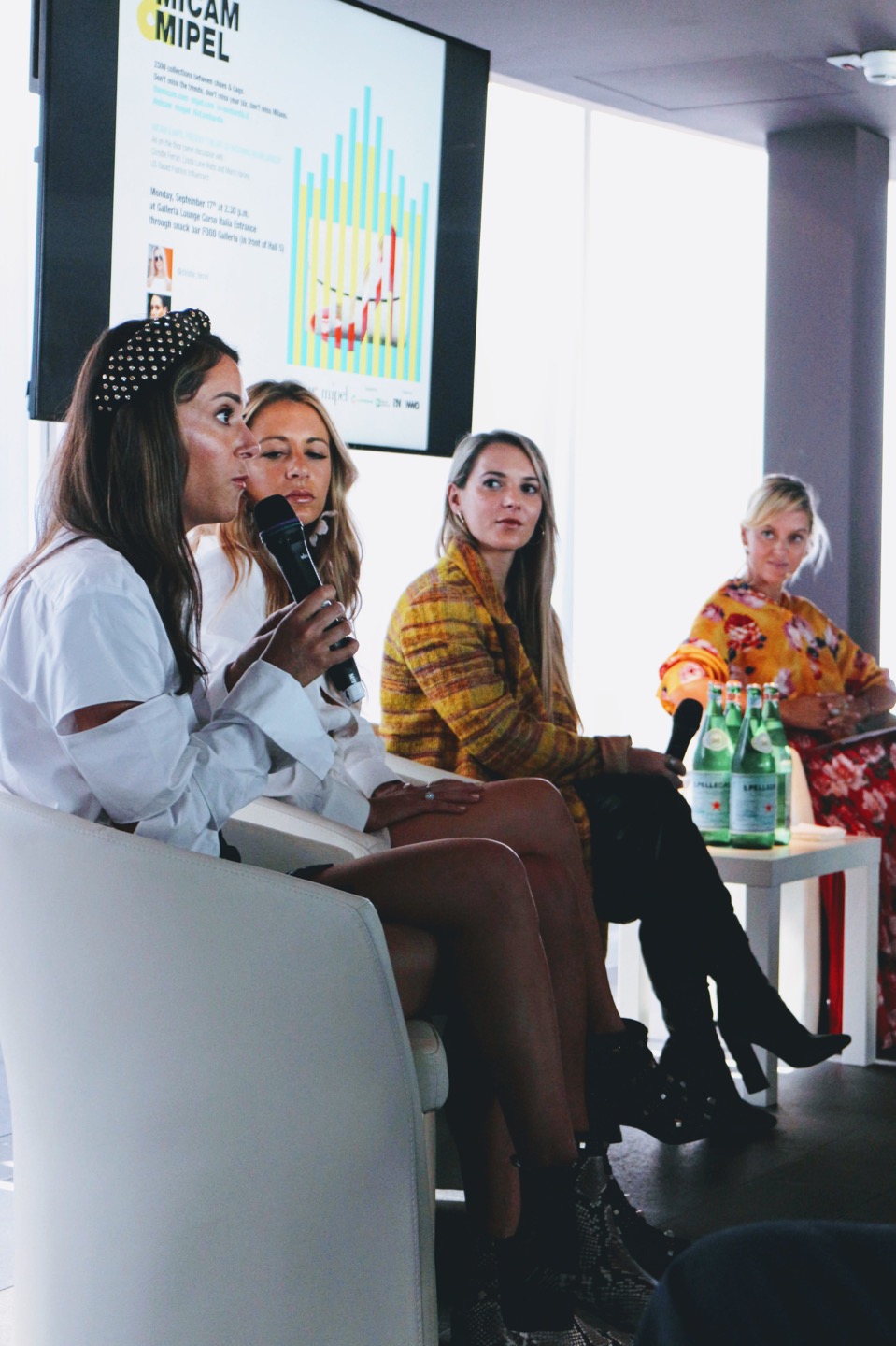 Be original, coherent and don't betray followers' trust, these are some advices given by the three influencers

Although Instagram is now one of the biggest drivers of online sales, it is also true that you often come across content that is very, too similar there. The déja-vu effect is always a danger and in fact @insta_repeat — a profile entirely dedicated to posts that look very similar to each other – has just recently been set up.

«We’re all guilty of this», confesses Marni, But a possible solution to the problem of originality is offered by Lindsi, who suggests trying to push the tool to the limits — push the envelope, she says.

Arriving at the largest shoe show in the world!! @micam.milano Stepping up my shoe game with the creme de la creme of Italy ? … see it all go down on stories @wwd @footwearnews #WWDItalyDiary #sponsored

Originality or not, it often requires a big budget to have a hope of working with people who have hundreds of thousands of followers. But this doesn’t mean that it’s impossible for small firms with limited resources to collaborate with professionals such as the three guests at MICAM Milano and Mipel.

«The important thing is not to be pushy, to be cordial», reveals Lindsi.
«And not to expect that a gift is necessarily going to turn into a post», Christie is quick to emphasise.

I’ll be there for you and YOU ?? Made it to Milan with my girls @lindsilanestyle & @marnidanielle | Shop my look on the blog {link in bio} #milano

ON SHOES, BAGS AND MADE IN ITALY

Thrilled to be in Milan for MICAM Milano and Mipel, the three influencers declare they are literally obsessed with bags and shoes, and explain that their readers have gone wild over their posts from Italy.

When they are asked if they think that people appreciate and understand Made in Italy on the social media, Christie tries to explain: «it’s not necessarily something that’s talked about a lot but everyone knows that Made in Italy is synonymous with luxury and high quality».
According to Marni, «since you can’t always get an idea of the quality of a product from a photo, specifying that it is Made in Italy is like giving a more precise indication of the quality».

As to what the hottest trends are right now, Lindsi, Marni and Christie are all on the same wavelength and together they trot out a short list: cowboy boots, neon sneakers, white shoes, animalier prints and PVC shoes.

Giving you front row access to @micam.milano! So honored & humbled to be part of such a wonderful experience in Milan with @wwd.???? Head to stories to see me fanning out on shoes & my favs from the day! ?Ahhh, you all know how shoe obsessed I am & this was one of my favorite days EVER. Sending love & hugs from Milano! X?L #micam #WWDItalyDiary #sponsored #fashionnews