The collection is completed with Goodyear footwear

[On the cover: SS23 Stewart’s  lace up model with Goodyear welting]

Stewart is a Tuscan brand that makes men’s and women’s outerwear. It was founded in 1975 and was taken over in 2012 by Vittorio Piani, an entrepreneur who had created the Romanini shoe factory. “When I acquired the Stewart brand” – explains the president of the company – “the leather garments looked like armour, they were so rigid. I transformed them into very soft jackets, like a second skin, as impalpable as a foulard, except that I use premium Italian leathers instead of silk”. But the passion and know-how for footwear resurfaced quickly, after the years of running the Romanini shoe factory which had a long history that began in 1966 and ended in 2006 with a global production of 150 million pairs. “The decision to close Romanini was painful, but inevitable due to Chinese competition and the failure of our government to manage globalisation. Today, however, I have moved on from mass-produced shoes over to the other side” – explains Piani – “completing the clothing collection with some niche models, lace-ups and moccasins with Goodyear welting, and a sneaker with a latex sole that makes the shoe as flexible and soft as a slipper”. Classic shoes, therefore, but built according to the tenets of ‘Made in Italy’ and in line with the ultra-light Stewart garments, which for spring-summer 2023 are also enriched with silk-screen prints. 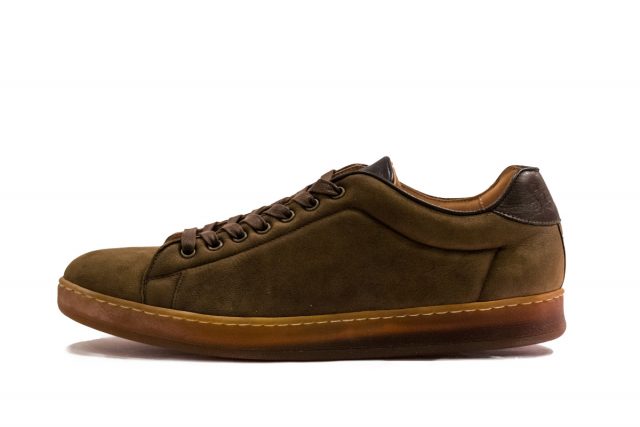