From the mummified Ötzi’s shoes to the Moon Boot

In 1991, the so-called Similaun Mummy, known familiarly as Ötzi, was discovered on the border between Austria and Italy. Dating back to the Copper Age, the man’s body had been perfectly preserved beneath the glacial ice for over 5000 years, together with his weapons, utensils and clothing. The latter also included his shoes, amongst the oldest leather shoes ever discovered: a model that may be said to be the progenitor of the après-ski boot.
The upper part of Ötzi’s shoes was made of deerskin and calf leather, the sole of bearskin, and the whole thing was held together by braided netting made from lime tree bast. The soles were very wide so as to distribute weight better over the snow, and lined with fur on the inside to keep the feet warm. The shoes were also stuffed with grass to make them softer and more comfortable and to provide further insulation against the cold.

Not dissimilar to the shoes worn by the Similaun Mummy were the leather moccasin boots worn for thousands of years both by native Americans and the indigenous peoples of the Arctic. The latter invented the Mukluk, soft boots made of caribou or sealskin. Extremely light and soft-soled, they allowed hunters to move easily and silently. In winter, they were lined on the inside with caribou, fox, racoon or rabbit fur to give greater thermal insulation.
The Mukluk are still produced today as traditional footwear, and their lines and construction have inspired many modern après-ski models. 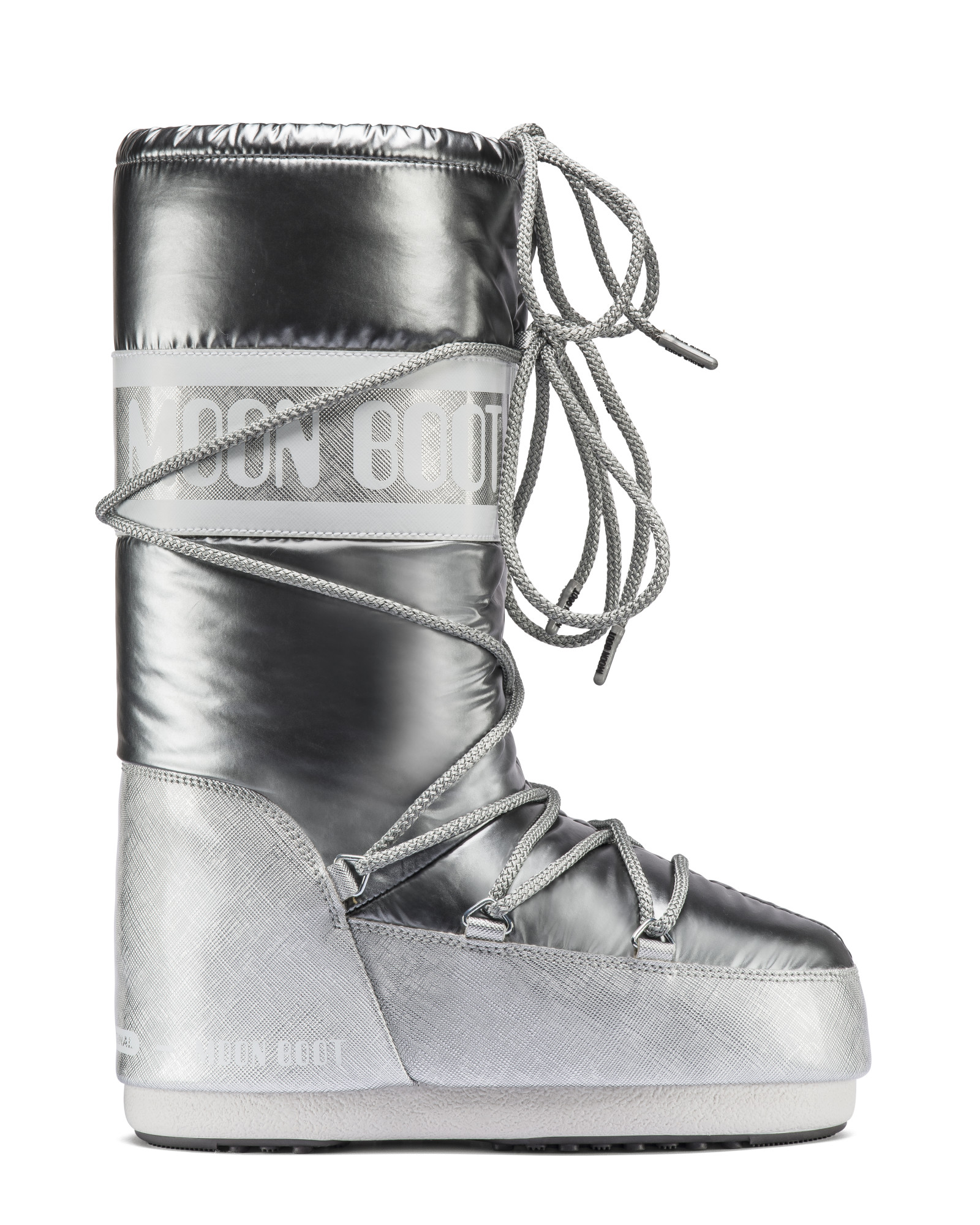 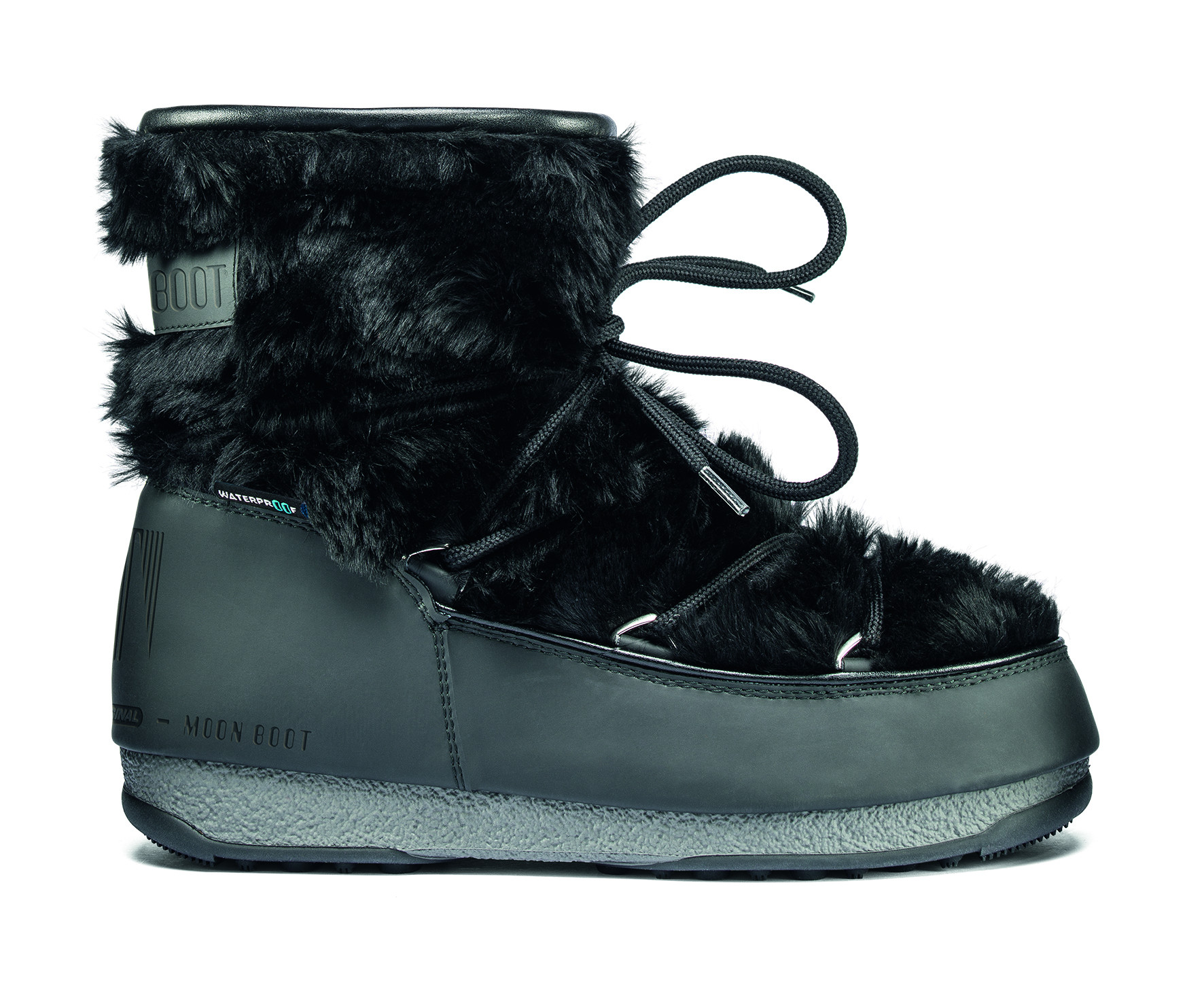 From mountaineering shoes to Moon Boots

In modern times, however, the classic snow shoes were spartan leather boots, which were also used for skiing. One of the major manufacturing districts was in Italy, at Montebelluna, in the province of Treviso. In the Middle Ages, shoemaking was already a flourishing activity here, but it was in the second half of the 19 th century that the industry really started to boom.
By the beginning of the 20th century, there were already more than 200 shoemakers in the area, and it over the following decades it became one of the regions with the highest concentration of sports and outdoor shoe manufacturers in the world: Tecnica, Nordica, Dolomite, Geox, Lotto, Diadora and many others.
It was here, in 1969, that a model that would transform the entire sector was developed: an apres-ski boot made of synthetic materials, super-lightweight, practical, comfortable and, above all, capable – unlike the classic mountaineering boots – of satisfying the dictates of fashion: the Moon Boot.

In ’69, the Apollo 11 mission took man to the Moon for the first time. And it was precisely the boots worn by Neil Armstrong, Michael Collins and Buzz Aldrin that inspired Giancarlo Zanatta – an entrepreneur from Montebelluna and founder, in 1960, of Tecnica, a shoe company that evolved from the artisan workshop opened in 1930 by his father, Oreste.

Zanatta’s Moon Boot soon became a worldwide icon. It was the first synthetic apres-ski boot, as well as being the first ambidextrous one (you can wear either boot on either foot).
The boots were multi-size (each boot fits four different foot sizes), extremely comfy, and the broad sole made it easy to walk on snow. The fact that it could be mass-produced and its reasonable price made it an enormous success, and resulted in a long series of imitations.
The Moon Boot also gave the Montebelluna district (today home to the Museum of the Boot and Sports Shoes) an enormous economic boost: in 1972 there were around 15 après-ski boot manufacturers, but by the end of the decade that number had increased tenfold, reaching a total of 160.
These days, a vast variety of après-ski boots are produced using the most avant-garde materials, but the Moon Boot remains the archetype – so much so that it has even been included in the permanent collection of the prestigious MoMA museum in New York.