If so many different, and often complex, shoe construction methods exist, this is due partly to their historical and cultural origins, the work tools available and the advances made by technology, but above all to the various purposes for which the final product is made.
An everyday shoe will clearly not present the same issues as a running shoe, while the qualities required of the latter are obviously going to differ from those offered, in terms of lasting comfort and sturdiness, by work shoes or climbing boots.

The Ideal construction method we have already talked about was in fact developed specifically for heavy-duty work shoes and hiking or mountain climbing boots. One of its variations is the San Crispino method which, thanks to a fascinating history involving not one but two patron saints of shoemakers, merits a closer look.

Crispin and Crispinian were both born into wealthy Roman pagan families between 220 and 230 A.D. and later converted to Christianity.
As leatherworkers, they charged little for their labours, mending the shoes of the poor for free and even giving them away to those in need.

Sent to France as part of an evangelising expedition, Crispin and Crispinian were arrested by the Roman prefect, Rictus (or Rictius) Varus and beheaded, after suffering terrible tortures. Their bodies were thrown to wild animals to be eaten but remained untouched, and this was how the two martyrs came to be venerated as saints, first in France and later in the rest of Europe.
In view of their trade, they became the patron saints of cobblers and leatherworkers in general, and of two towns dedicated to shoe manufacturing: San Mauro Pascoli, in Romagna, and Porto Sant’Elpidio, in Italy’s Marche region. 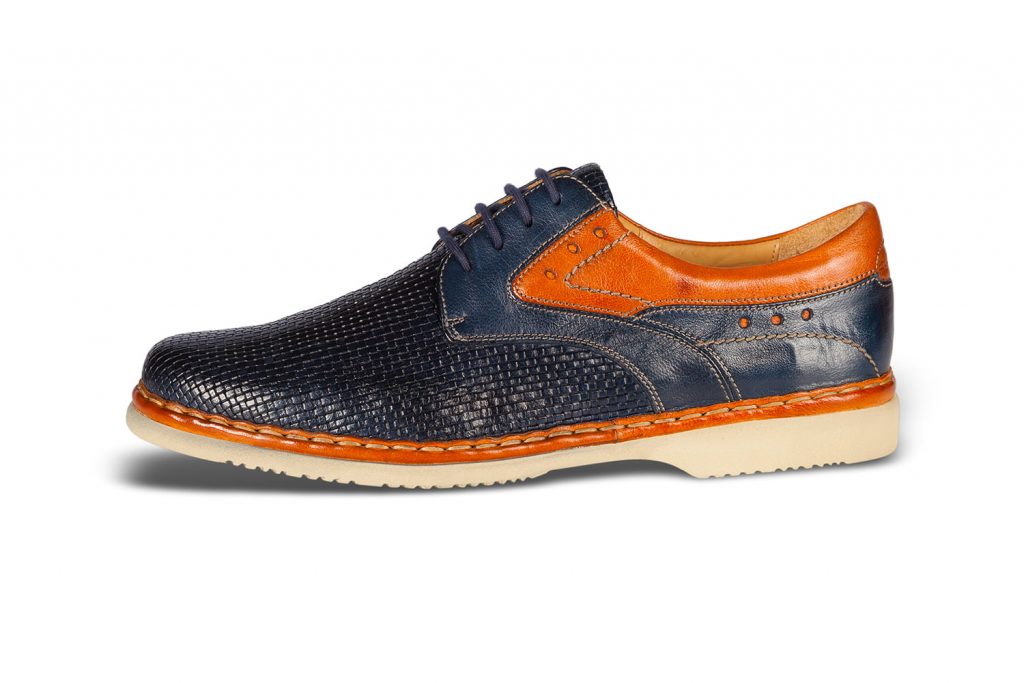 Many centuries later, in 1608, the “Consortium of Shoemakers” was founded in the Chiesa della Misericordia in Vigevano – a renowned shoemaking centre even then – and still exists today, after more than four centuries. 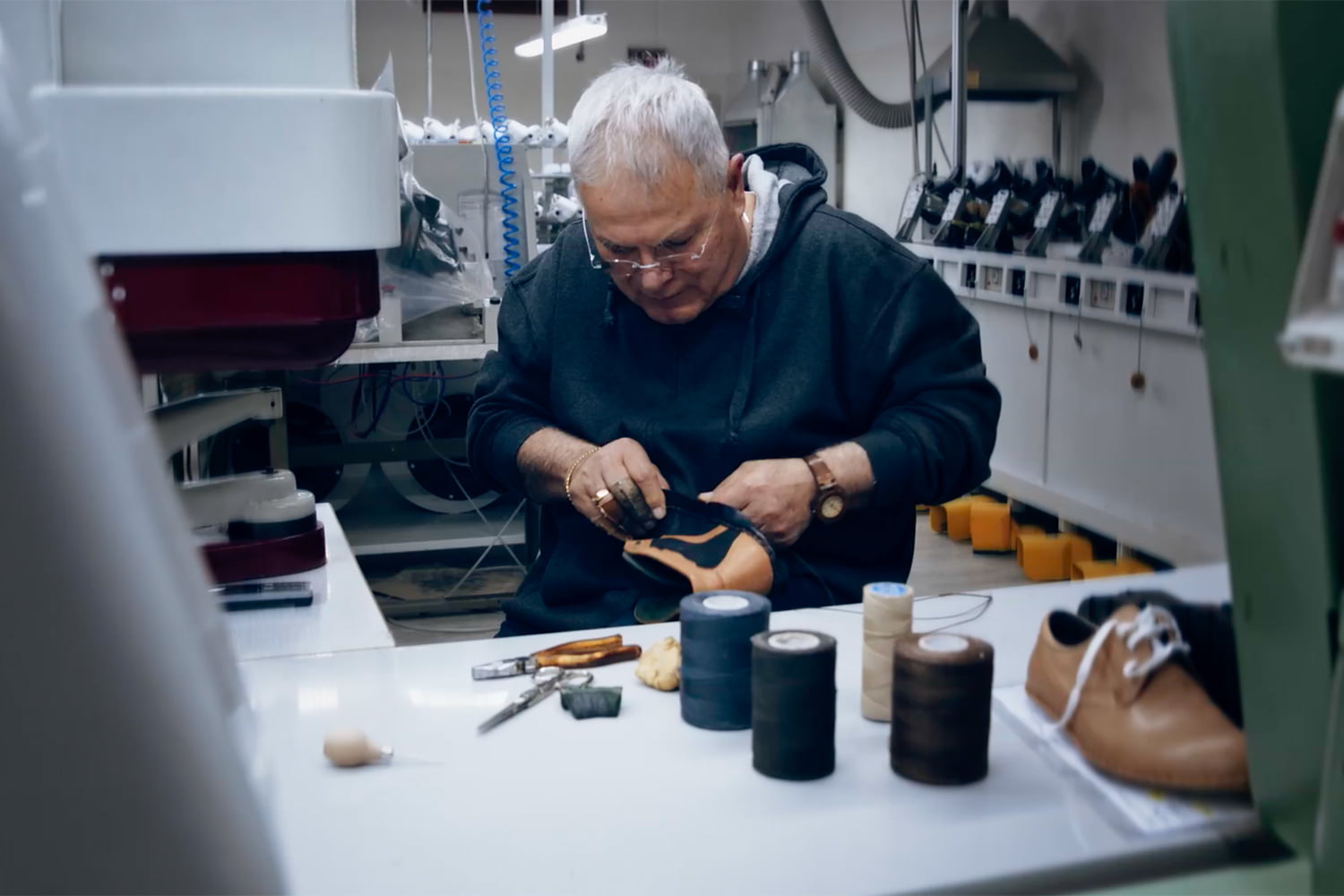 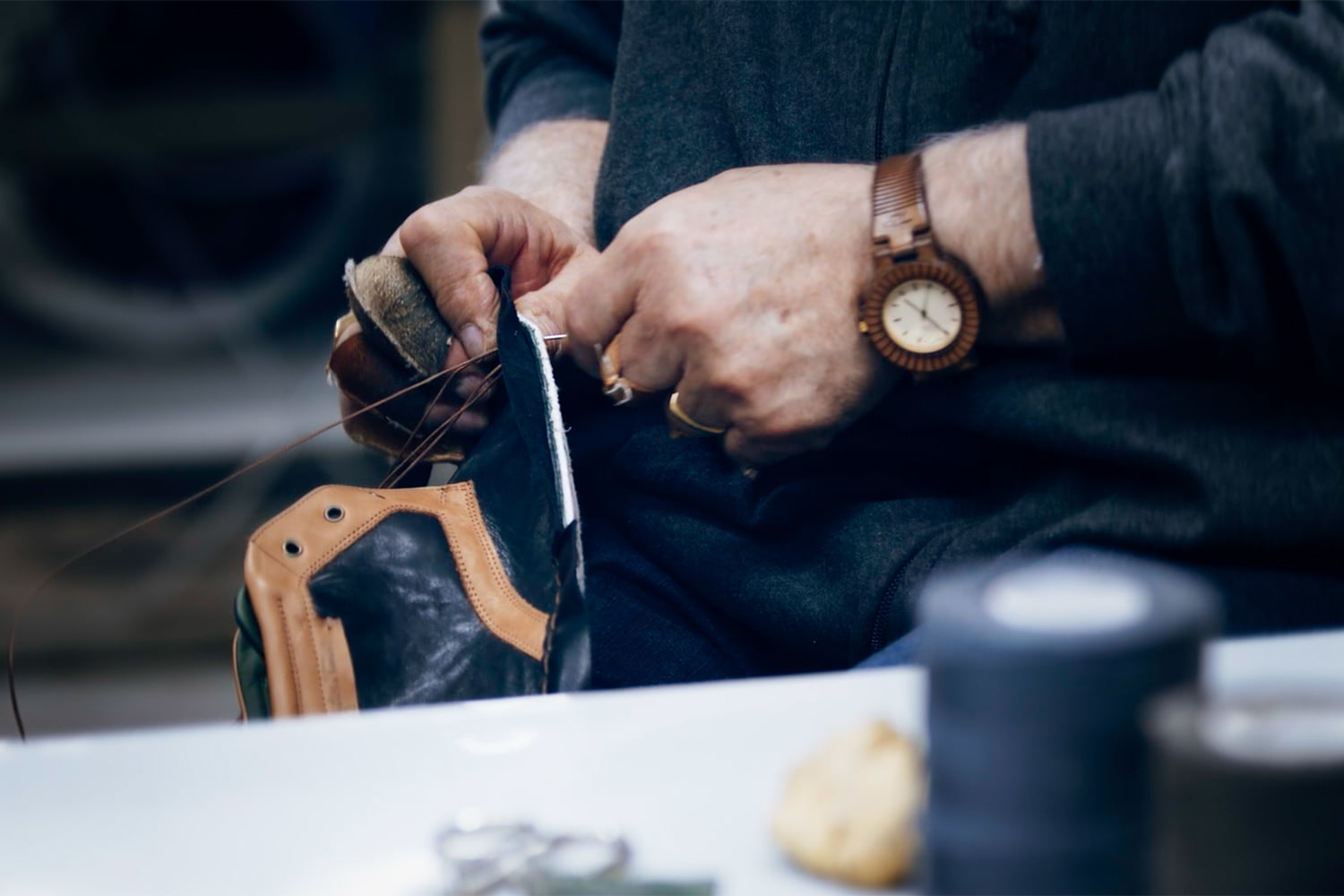 The procedure is similar to that of the “Ideal” method. While in the latter, the edges of the upper are turned outwards, over the last, and then stitched to the sole, in the San Crispino process, which takes its name from Saint Crispin, allegedly an ingenious inventor, the upper is folded inwards to wrap around the insole and then stitched by hand.
In this process, stitching holes are punched in the upper and insole, which are then sewn together. The final product is flexible, sturdy and elegant.