From native Americans to an iconic model of uncertain origin

In the beginning, there was the moccasin. Not the kind we know today — which evolved from traditional Lappish footwear — but ones that were developed over the centuries by the indigenous peoples of America: an extremely simple, light, flexible shoe made of soft hand-stitched leather, perfect for hunting and exploring, and often decorated with beads and fringes. The latter were not only decorative but had a practical purpose as well: they helped to wick away rainwater, allowing the leather to dry more quickly.

It’s not entirely clear how the moccasin evolved into the so-called Indian or Moccasin Boot (Indianino in italian) that started to become popular in Italy between the late ‘70s and the beginning of the ‘80s. They are – as the name suggests – clearly inspired by the traditional footwear worn by native Americans, though in this case we are talking about boots or booties: decorated with fringes and studs, their most outstanding feature continues to be comfort and lightness.

Thanks to companies such as El Vaquero and L’Artigiano di Riccione, Indian boots have become true icons that resist the vagaries of fashion and keep coming back in new versions – in fine leathers and with decorations of all types, shapes and colours – and in a number of variations on the theme, ranging from warm fur-lined models for the winter to open-toed booties for the summer, and even flip-flop type sandal boots. 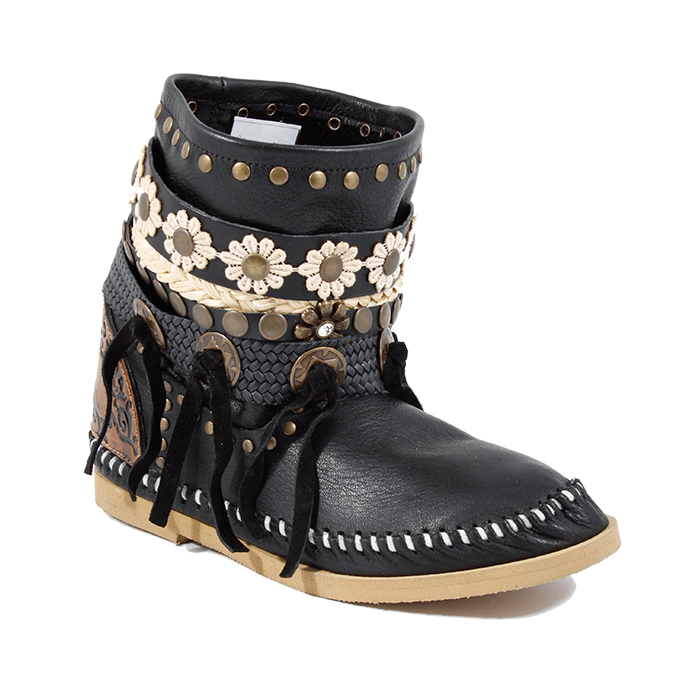 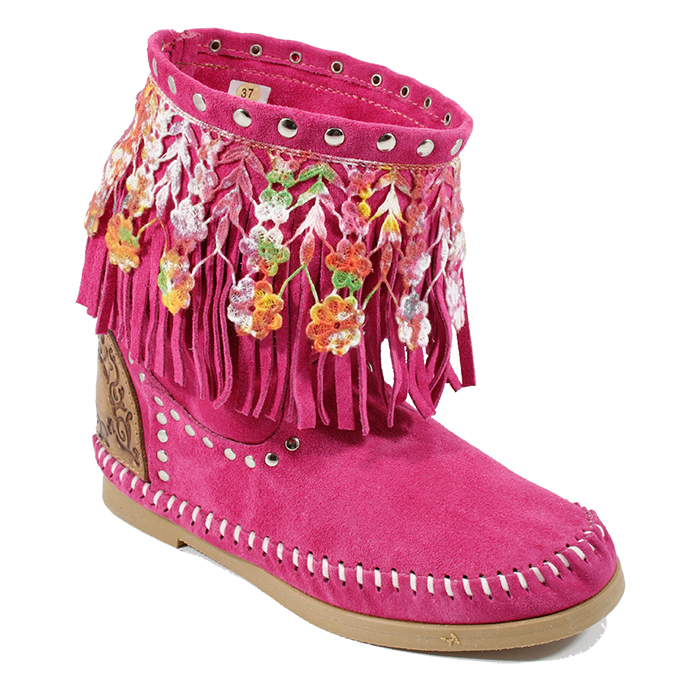 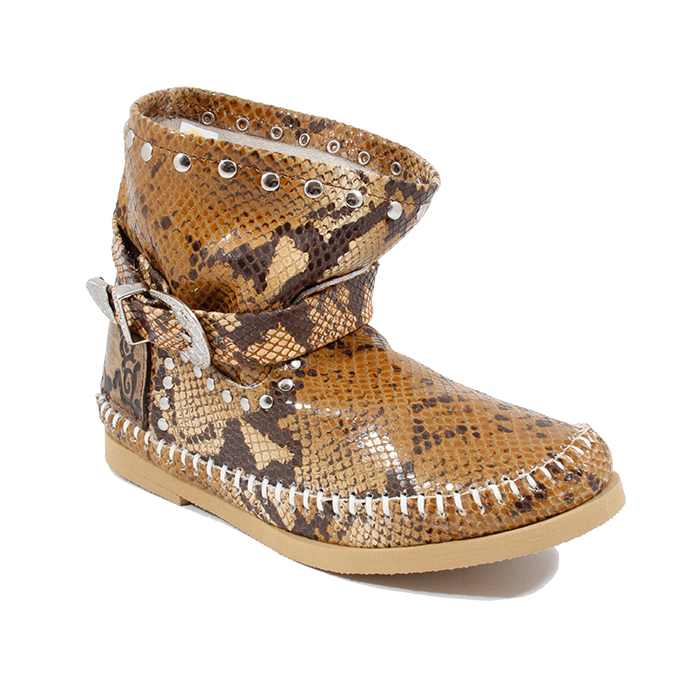 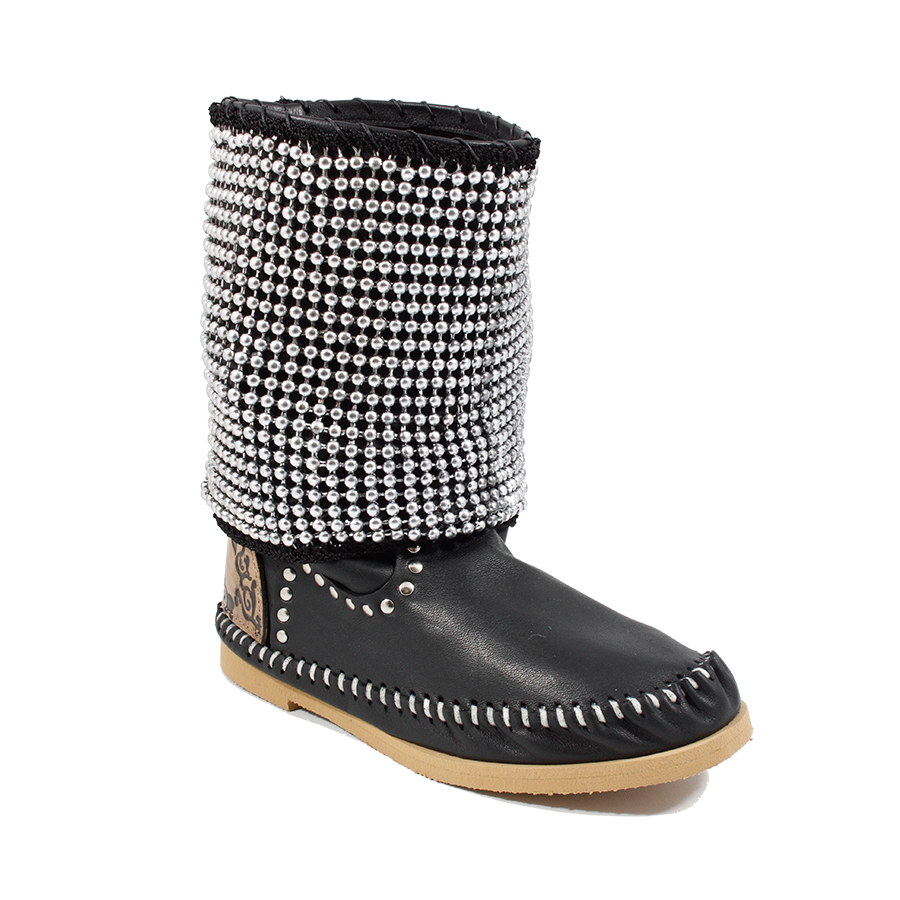 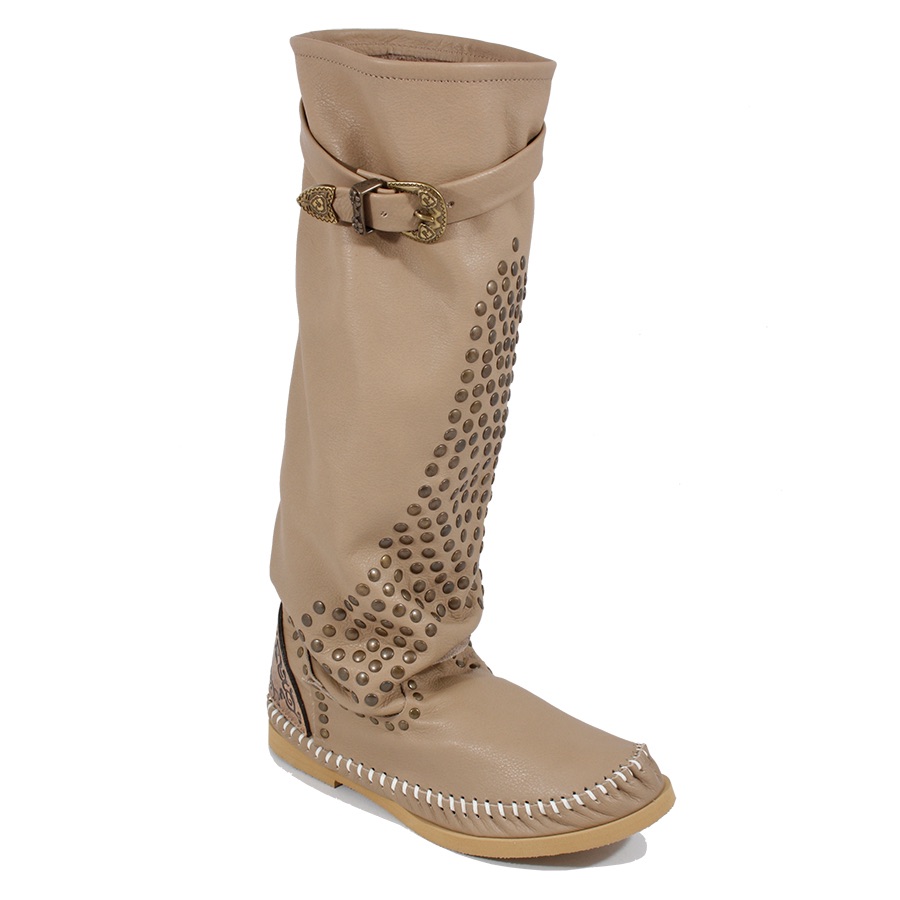 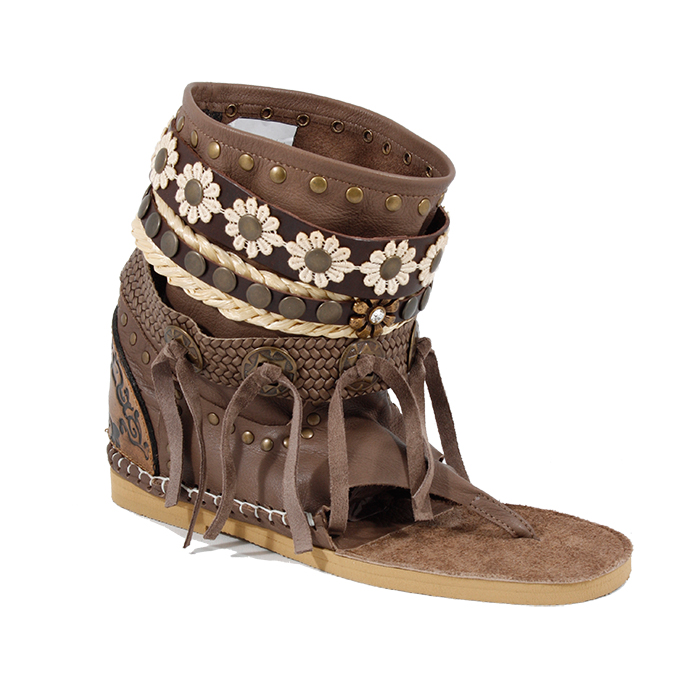 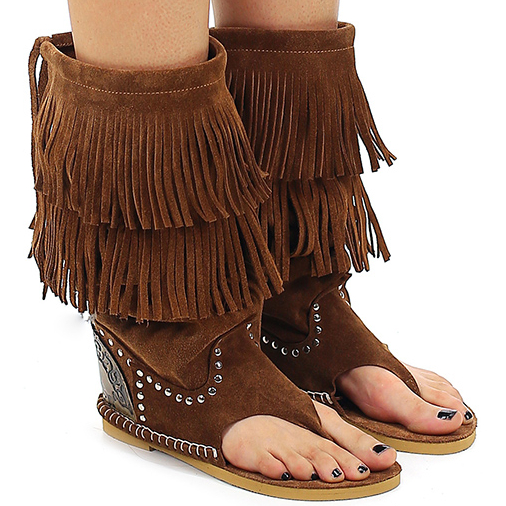 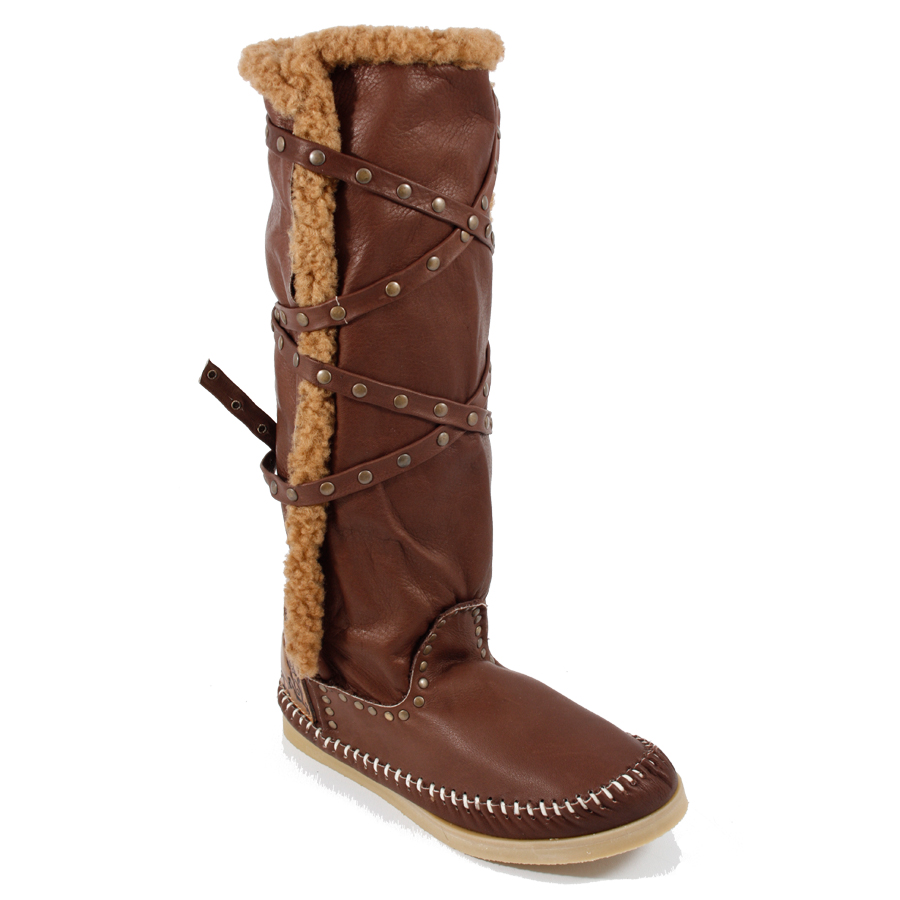 Indian boots are usually made almost entirely by hand.
Interviewed by ItalianShoes, L’Artigiano di Riccione, a family firm founded in the ‘50s by the Barnabè family, explained: «The first step is the choice of the leather, which is cut in such a way as to obtain all the components, both for the upper and the insole»,

The various parts of the upper are then punched and assembled using rivets. The inner sole is stitched to the rubber sole by machine (other materials can also be used, but rubber is the most suitable due to its flexibility and elasticity) and this is stitched by hand to the upper: this seam remains visible and is one of the distinguishing features of the Indian boot.
After which, any number of decorations can be added.