Practical and aesthetic reasons in the most feminine element of a shoe!

«I don’t know who invented high heels, but all women owe him a lot! ». This is a famous phrase attributed to Marilyn Monroe, which however speaks volumes about just how much we know about the true origin of the heel, i.e. very little.

Its function is obvious: to raise the foot by means of a projection of varying height applied at the back of the shoe. Its basic purpose, however, is not quite so clear: aesthetic reasons? Purely practical reasons?  In the long controversial history of the heel, these two motives are linked and often interchangeable.

Starting from the first few centuries A.D., they were used by horsemen to stop their feet slipping out of the stirrups. And the annals talk of Catherine de’ Medici as being the person who brought the heel definitively into fashion in the XVI century, since she was very short and often appeared at the side of her extremely tall husband, the Duke of Orleans; but from 15th century chronicles we learn that both the nobility and courtesans wore shoes with very high platforms known as chopines, the former to emphasise their superiority and protect themselves from street dirt, and the latter to tower over their “colleagues” and to give them a sensual gait that attracted the attention of potential clients.

In the early 19th century, during the great revolutions in Europe and North America, heels practically disappeared. They made their comeback at the beginning of the 20th century and became the quintessential symbol of women’s fashion and of “femininity” in general.

Today, some women wear stiletto heels practically every day: there is even a race, organised every year, to be run exclusively on high heels.

Over the last few decades, the heel has become a key element in various highly experimental projects in the field of fashion and of costume and design as well:  just to give you an idea, take a peep at the extreme forms of some of the models in the Virtual Shoe Museum. 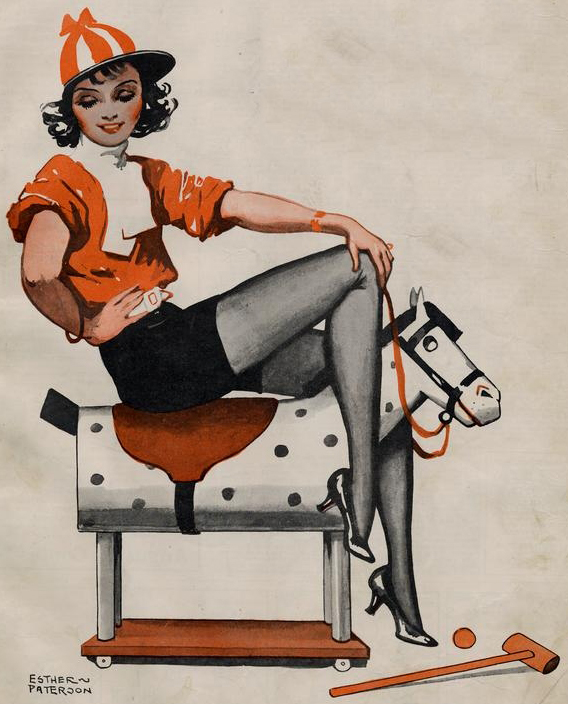 I don't know who invented high heels, but all women owe him a lot!

Heels on men’s shoes usually go up to a maximum height of 3 centimetres, while women’s heels can exceed 13 cm.

Heels can be made of various materials, often bonded together in layers, from the lightest to the heaviest: cardboard, polystyrene, wood, metal, rubber and plastic.

In the case of cardboard and polystyrene, the heel is then covered with a layer of leather and sometimes rubber.