A classic symbol of summertime and the beach, flip-flops have a long history

Few specimens have survived from antiquity, because of the perishable materials from which they were made. But we do have testimony of them in the form of paintings, sculptures and documents.
Such as a stone pillar dating back to approximately 2250 before the Christian era in which the Akkadian sovereign Naram-Sin wears a shoe just like the flip-flops we wear today.

Already common in the days of Mesopotamia and ancient Egypt, flip-flops had a wooden or leather sole (though it could also be made of plant fibres, woven out of rushes or papyrus), secured to the foot with strips of leather or with palm or papyrus leaves.
Most people simply walked about barefoot, and these shoes were exclusively for rulers, nobles and the wealthier classes, and were often richly decorated with precious stones and even gold.
Similar shoes were worn in ancient Greece and Rome. The Greeks wore them with the thong between the first and second toe (as most of us do today), while the Romans preferred the thong to be between the second and third toe.

On the other side of the globe, in Japan, traditional thong-like shoes called geta and zori became common during the Heian period, between 794 and 1185. Still worn today, zori are lighter in weight, made of rice straw, while geta feature a classic wooden platform sole with two “teeth”, originally designed to stop long clothing from trailing over the ground and to make it easier to walk in rain or snow. The Japanese also wear the okobo, worn by the maiko (apprentice geisha), which is similar to the geta but has a single platform heel in place of the two teeth, hollowed out at the front. 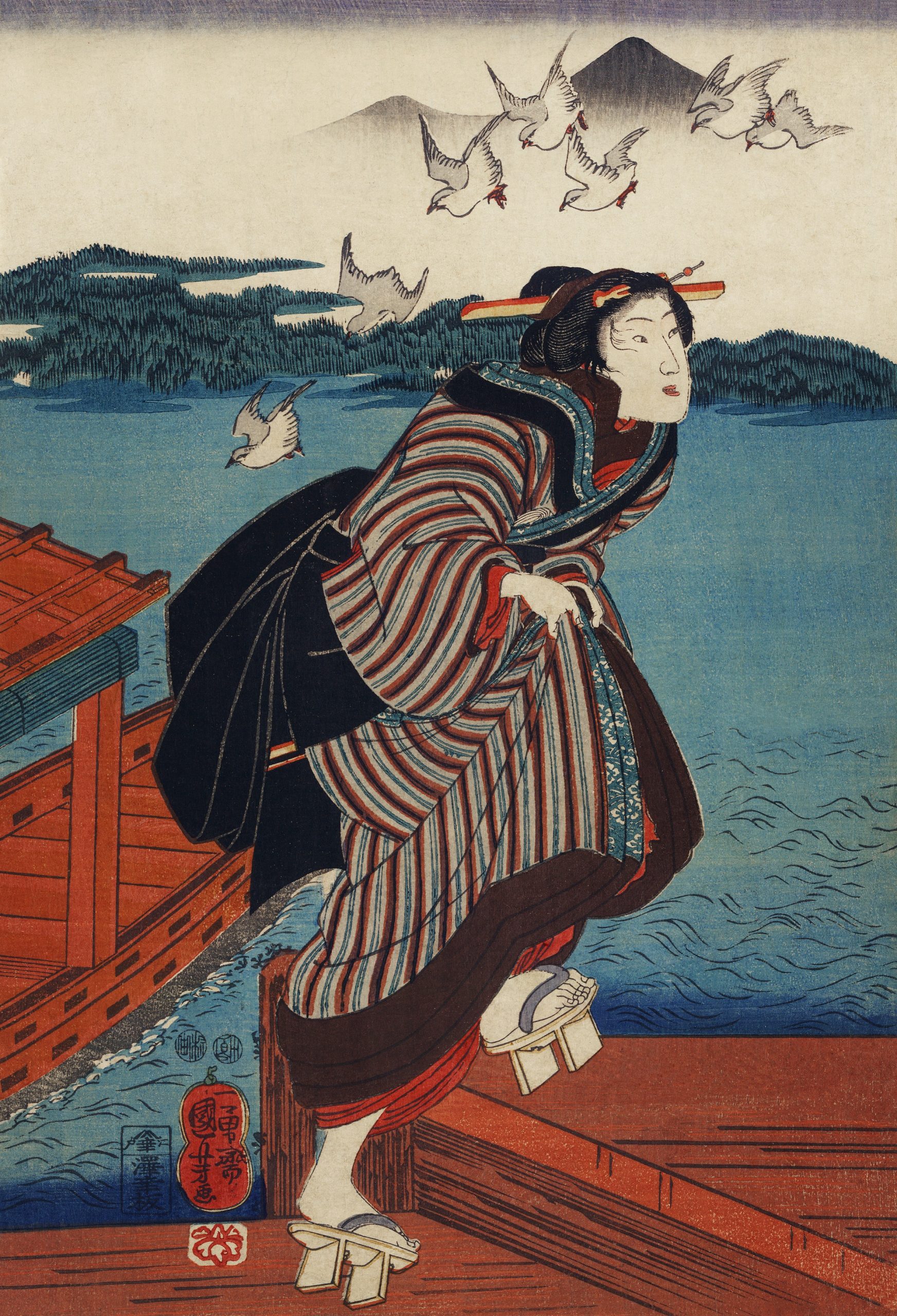 Flip-flops have come down to us across the centuries unchanged in form, but made of new materials.
They first became popular for summer wear in the west in the 1950s. American soldiers returning from the war in Japan brought zori back with them. While the Japanese wore them strictly with socks (as it was considered rude to show bare feet in public in traditional Japanese culture), Americans wore them barefoot, on the beach or at home.

New Zealander Morris Yock came up with the idea of making plastic flip-flops in 1957. He called them Jandals (a combination of Japan and sandals). But they soon became known by other names outside New Zealand: thongs in Australia, and flip-flops in the U.S., after the noise you make when you walk in them.

Flip-flops became popular in Italy and the Mediterranean in the ‘60s, when celebrities began wearing flip-flop sandals made by the master shoemakers of Positano, Sorrento, Amalfi and Capri. 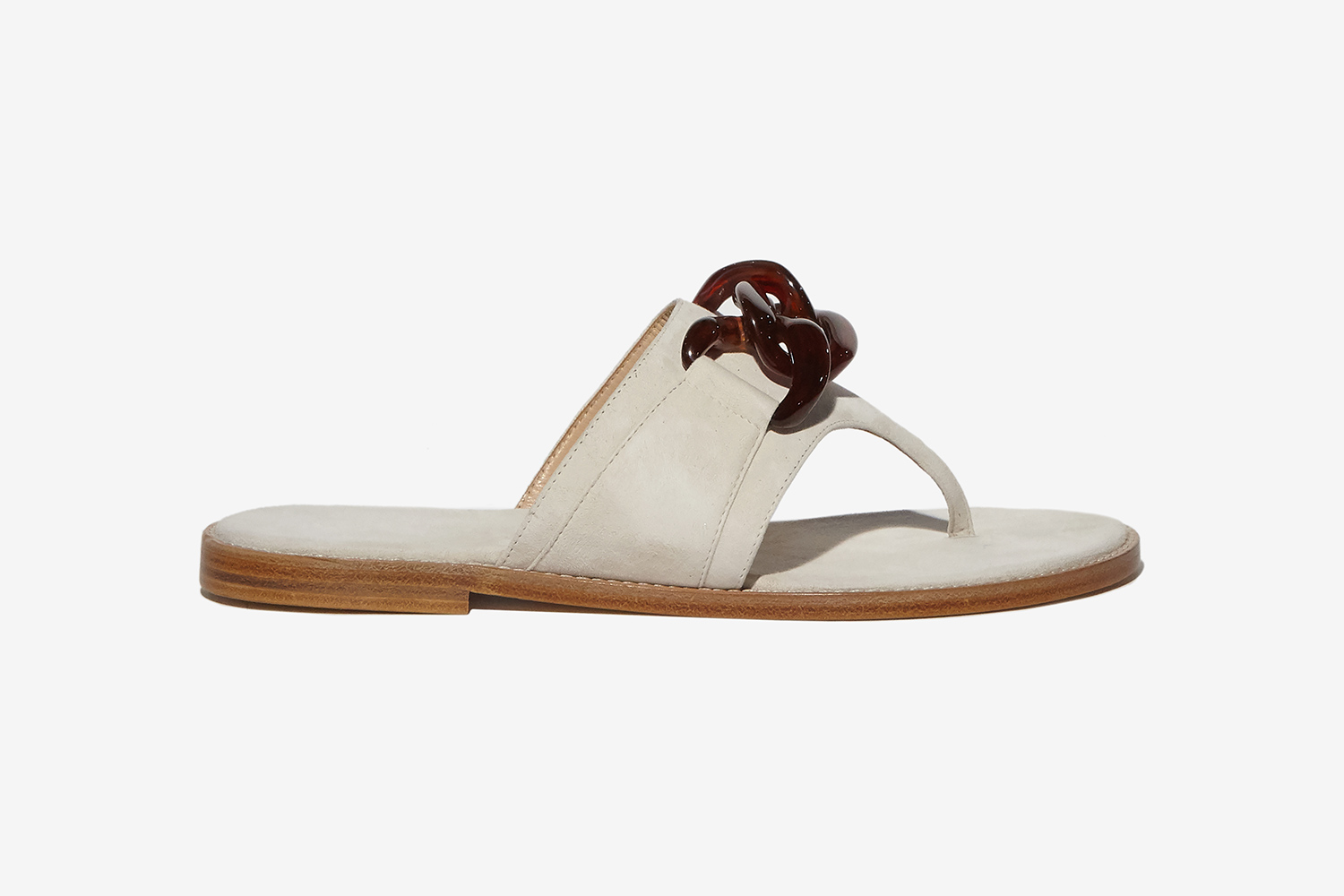 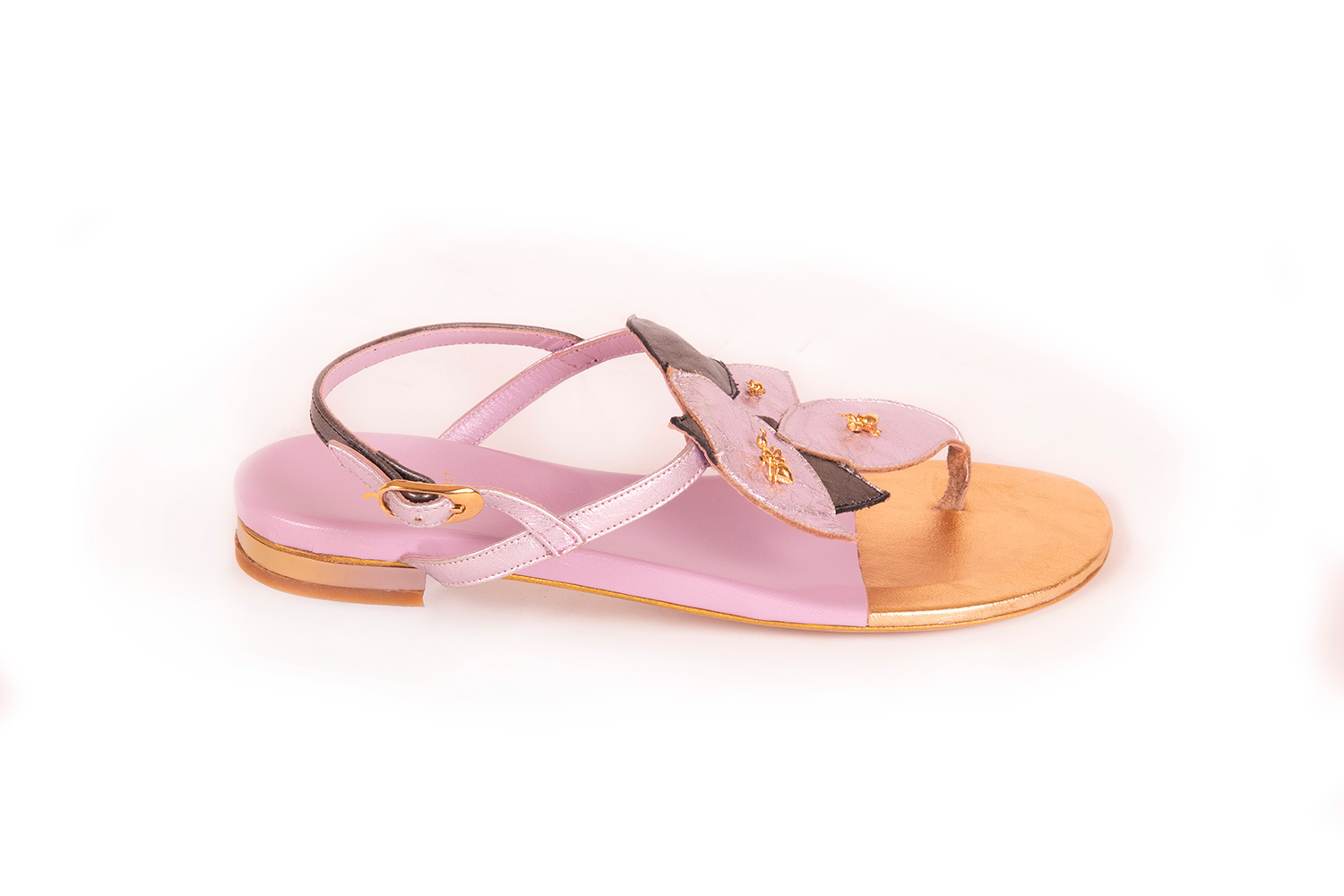 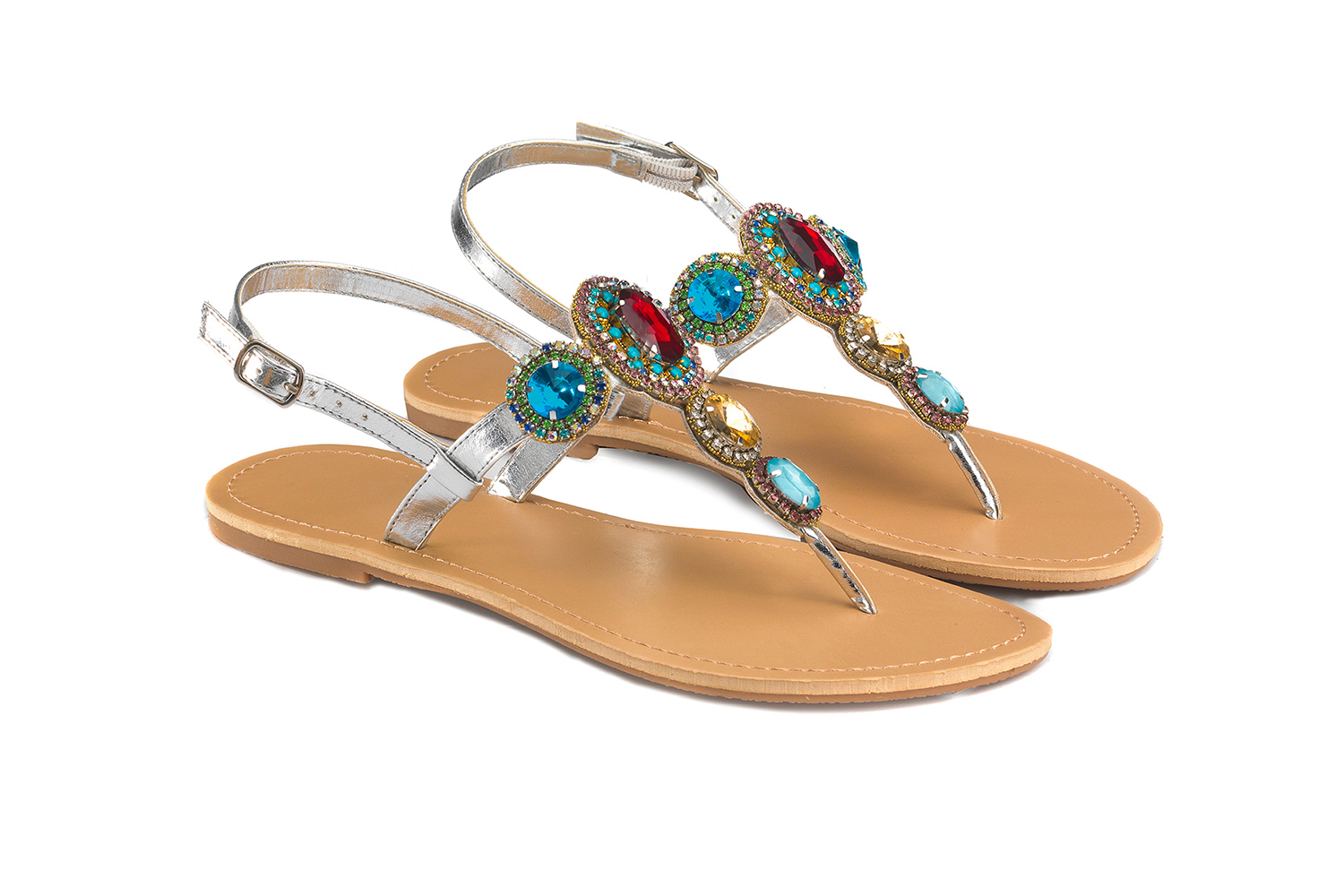 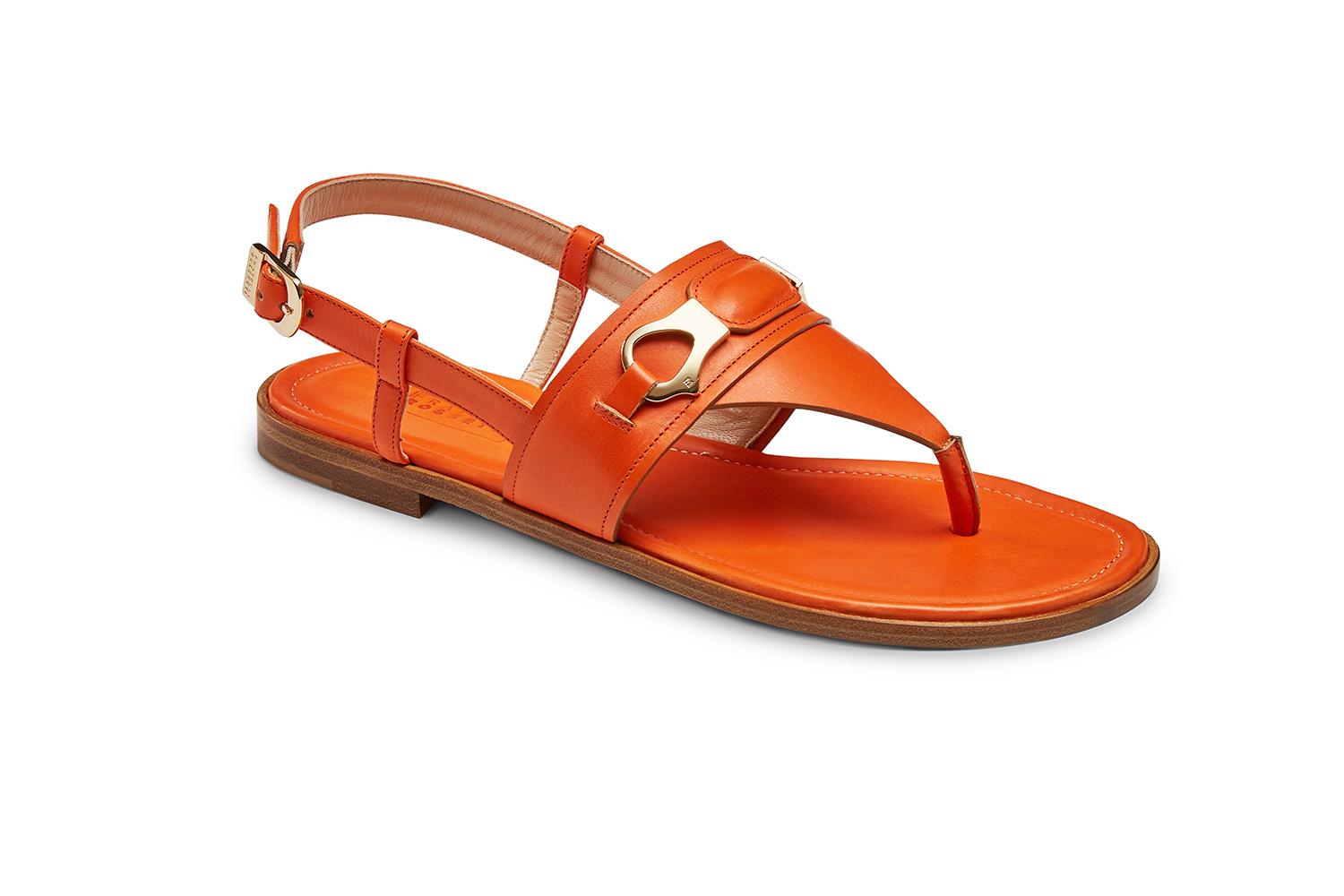 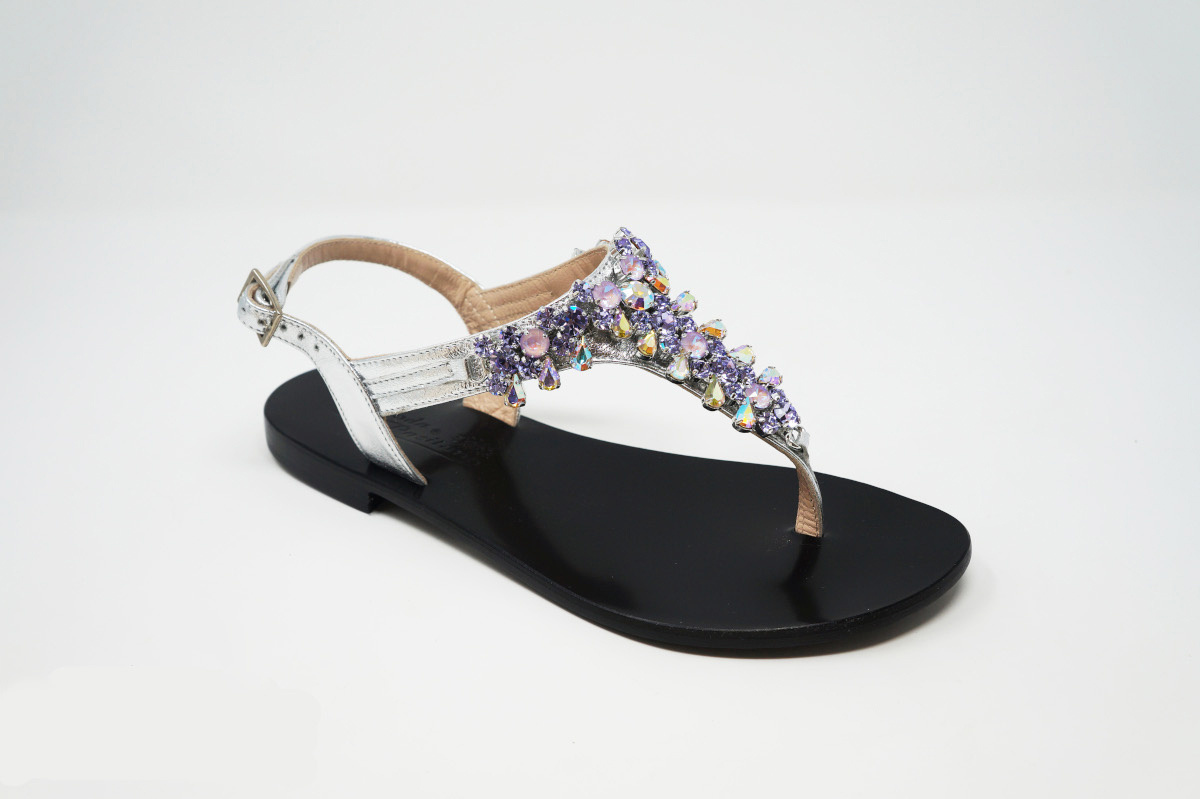 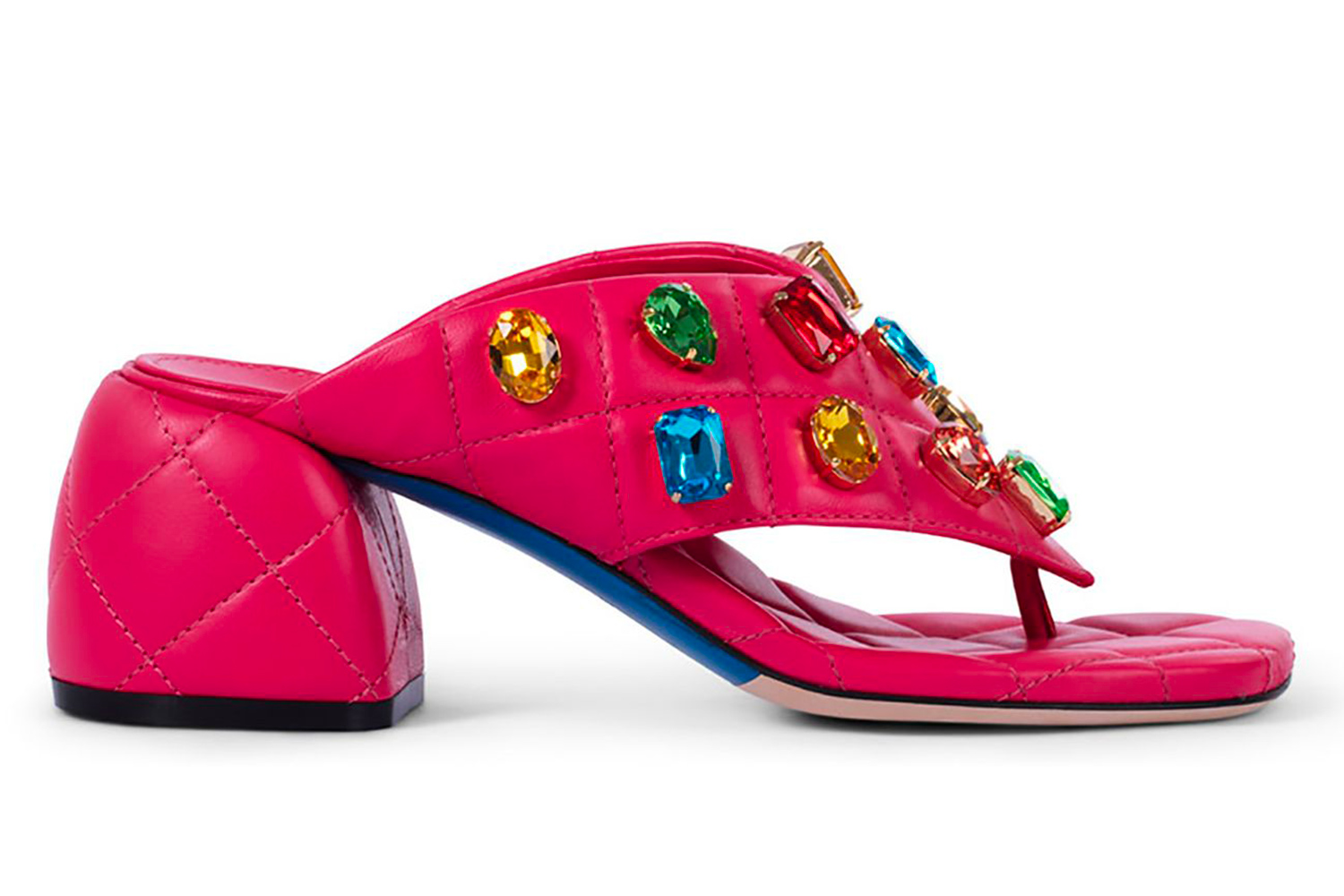 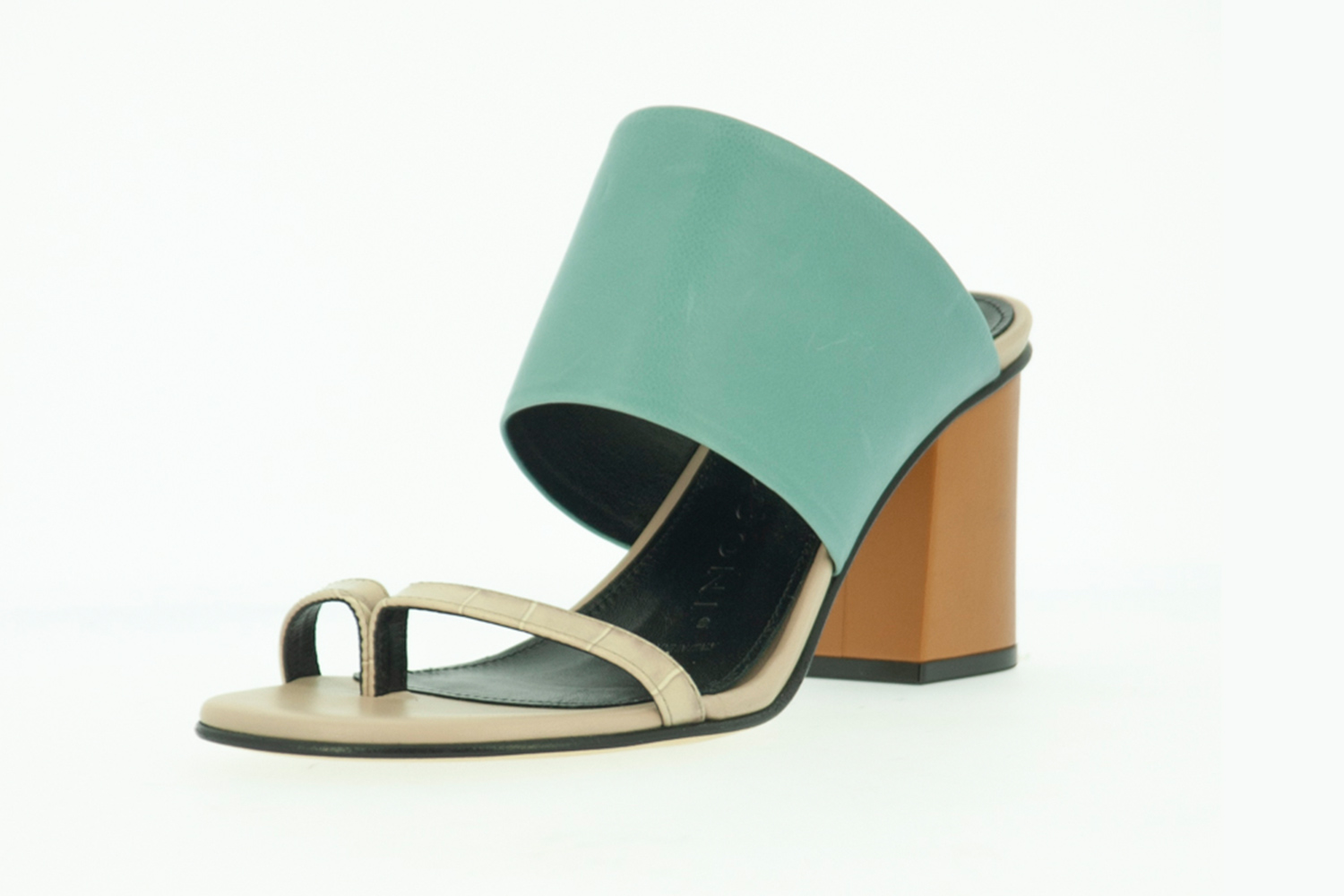 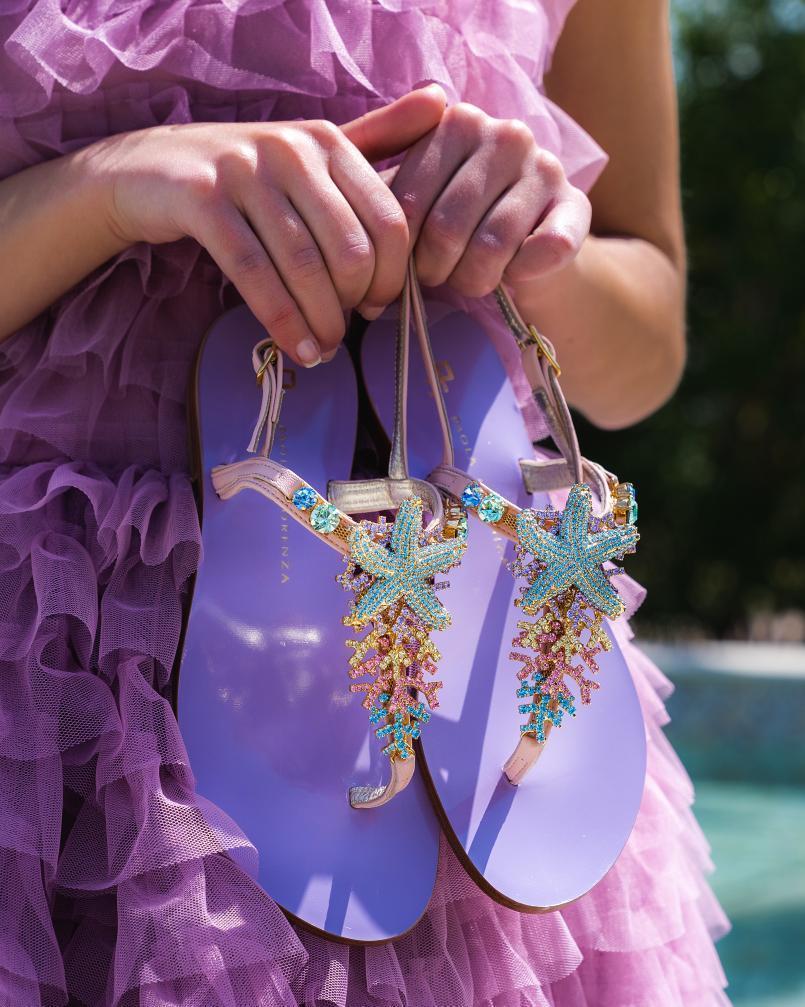 1962 marked the true turning point, when Brazilian brand Havaianas came up with a long-lasting, low-cost rubber version. Inspired by the Japanese zori and reproducing the texture of the rice straw traditionally used on the straps, this flip-flop was an instant hit among the country’s poor, and it has been one of the world’s best-selling shoes ever since, despite its dubious ecological implications: low-quality flip-flops are in fact frequently discarded and replaced, adding to the quantity of plastic that ends up in our oceans.

Flip-flops normally have a low sole, but there are styles with high heels or platform soles.
The upper consists of two straps joining in a Y-shape, emerging out of the sole between the first and second toe. The other end of the strap is anchored to the sole on either side of the foot.

But flip-flops should not be worn for too much time: the posture can suffer from the effort the foot has to make to hold the thong in place between the toes.