On our feet since the dawn of time

People have been wearing boots for as long as we have been making shoes. In the stone age, people in colder parts of the world made shoes out of animal hides rolled up to their calves.
But military life is the key to the evolution of the boot. Among the earliest depictions of men wearing boots are Sumerian soldiers, who wore them knee-high for protection against the stones their horses kicked up when galloping.

The tomb of the so-called Golden Man of Esik, found in 1969 and dating back to the third or fourth century B.C., contained the skeleton of a Scythian prince (or princess, according to some academics), richly attired, right down to a pair of fine leather boots.
The ancient Greeks wore three different versions of the boot: the embas (laced halfway up the leg), the embates (a leather or fabric riding boot), and the edromis (a boot for hunting or travelling). 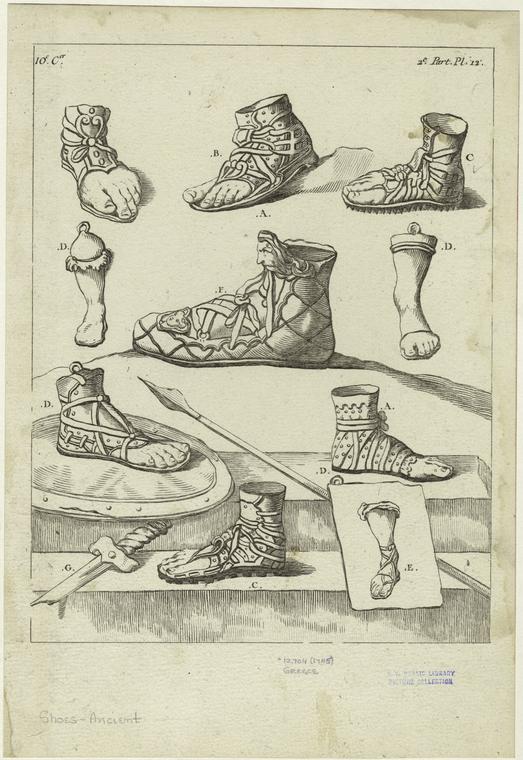 Military life is the key to the evolution of the boot

Ancient Roman gladiators wore leather boots with welded metal components, laced up over the thigh. The Byzantines introduced pointed toes and gold trim, a style later reflected in the boots commonly worn in the Middle Ages.

An emblem of military power and dominion, throughout history boots have been worn primarily by men, with a number of exceptions.
In the Middle Ages they were also worn by women when riding, and in monasteries felt boots were worn to protect against the cold during night prayers.

Leaping ahead to 17th-century Europe, we find high-heeled boots, laced up with hooks and buttons, that were worn by men and women alike. Ankle boots did not appear until the 19th century. 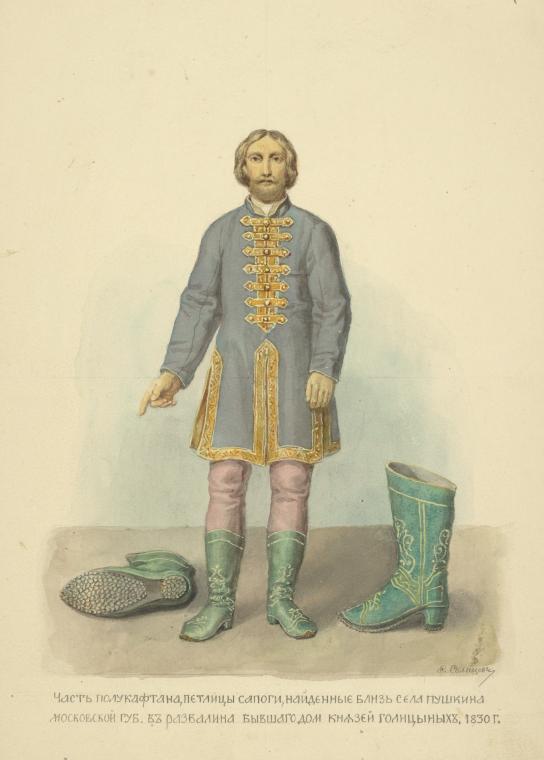 Throughout history boots have been worn primarily by men

The 19th century saw another important innovation: Charles Goodyear invented the process of vulcanising rubber, making possible the creation of the rubber boot.

By the 20th century boots were commonly worn by both men and women, and began to be produced industrially.
Knee-high boots became an icon of the style of the ‘60s, with a zipper up the side so they could be worn even tighter.

Fashions have come and gone since then, and both boots and heels have grown higher and lower over and over again. Their shapes have grown wider and narrower, and — from the ‘90s on — unisex boots have become popular. 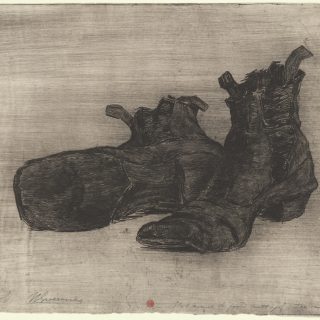 Countless varieties of boot are available on the market today.
Here are some of the most common.

Cuissard style
Inspired by the traditional leg guards worn in battle by French musketeers in the first half of the seventeenth century. The name comes from cuisse, French for thigh.
They were also worn by aristocrats to show bravado and as a symbol of courage. Hungarian cuissards were the most popular, as Hungarian tanners had perfected a technique that kept the leather particularly light.
They are now worn just above the knee.

Ankle boot
The ankle boot, now normally made with a zipper, has never gone out of fashion since the 19th century, and is worn by both men and women.
It varies in length, but normally comes just above the ankle.

“Cancan style” lace-up ankle boot
This type of boot became popular in the mid-19th century, and is the women’s shoe most commonly associated with the Victorian era, reaching the peak of its popularity in the Edwardian era of the early 20th century.
Worn by cancan dancers in Paris of the Belle époque: hence the name.

Ankle boot with zipper and stiletto heel
The most sensual, provocative version of the classic ankle boot.

Riding boot
An equestrian boot with a leg that normally rises to the knee or slightly higher.
This height is necessary to protect the leg from the saddle.
It has a robust tip and a heel to stop the foot from sliding out of the stirrup. Riding boots are also suitable for everyday wear.

Cowboy boot
A boot that comes to just under the calf, decorated to varying degrees and made out of very strong leather. The tip is rounded and elongated, and the heel is normally a Cuban heel, slightly conical with a tapered back, once again to help keep the foot in the stirrup.
Cowboy boots were first made in the mid-nineteenth century, though no-one is sure exactly where: some say Texas, while others claim it was in Kansas or Oklahoma.

Chelsea Boot
Also referred to as the Beatle boot because it was very trendy in the ‘60s and was worn by Lennon and McCartney’s band.
Low, tight-fitting, and normally without laces, the Chelsea boot has an elastic insert on the side and a tab at the rear.
It descends from the Jodhpur boot worn for riding by British colonists in India. It was the boot of the European aristocracy throughout the 19th century and into the early 20th century.

Rubber boot
When Goodyear invented the process of vulcanising rubber in the early 19th century, a number of companies in France and the UK, first of all, acquired the rights to use his process and started making rubber boots for everyone from farmers to aristocrats and soldiers. The British call them Wellington boots, after the famous Duke of Wellington, who was one of the first to have them made.
Today’s rubber injection systems permit the manufacture of perfectly waterproof rubber boots.