A company built on a dream: the love for shoes of its founder, a tireless and curious globe-trotter

The story of the Sandro Vicari brand differs from many of those we have recounted in our Heritage section, in that the founder did not come from a family with a long shoe-making tradition.
Vicari, in fact, came to the world of footwear out of curiosity and opportunity and not because he had shoe-making ‘in his blood’.

Born in 1939, after the war he went to work in a small firm of artisans in the Riviera del Brenta area, one of the most important footwear districts in the world. It was the mid-1950s, and thanks to his extraordinary dynamism and will-power, Vicari quickly climbed the corporate ladder until he became the sales manager in 1960.

Endowed with a high degree of creativity as well as a spirit of initiative and observation, he was one of the few pioneers to understand the potential of Italian footwear abroad, and succeeded in obtaining excellent results for various local firms.
Quick to learn new languages, Vicari soon became well-known internationally; during his many overseas trips he studied the shoe-product and footwear trends, first in Europe and then in the Far East and America.

When he decided to set up his own shoe factory in the ‘80s, he created the brand that bears his name; he soon obtained excellent results, thanks to his high-quality women’s shoes made in Fiesso d’Artico, in the province of Venice, in the heart of the shoe-making district. 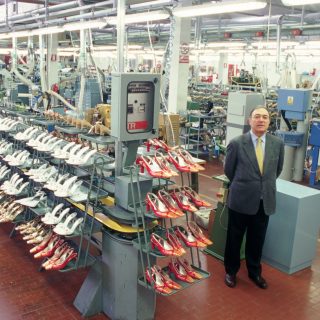 Oriented from the start towards international markets — initially mainly Northern Europe — the shoe company enjoyed a period of rapid expansion thanks to the Sandro Vicari brand.

With the great changes and global economic crisis of the early 2000s, the company started making shoes on behalf of various fashion houses alongside its own products, putting its expertise at the service of other brands.
This period also coincided with the generational transition, with Sandro’s daughter — Alessandra Vicari — joining the company, together with her husband, Mario Peghin, who is presently the managing director.

Today, the company is present in over 25 countries, scattered all over the world: markets conquered thanks to the firm’s participation in trade fairs – in Europe but also in the Far East and the USA — and to the excellent quality of its products. 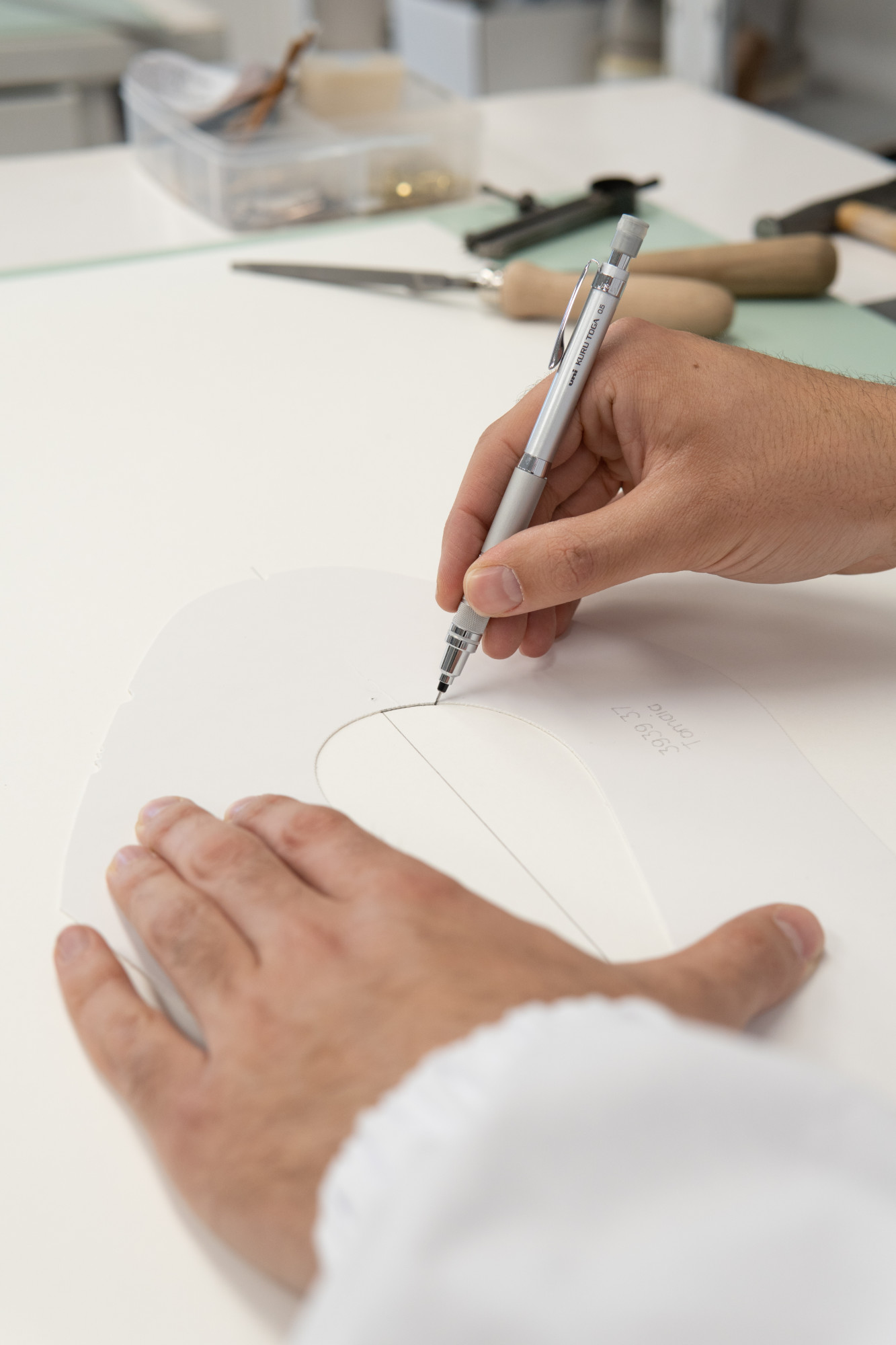 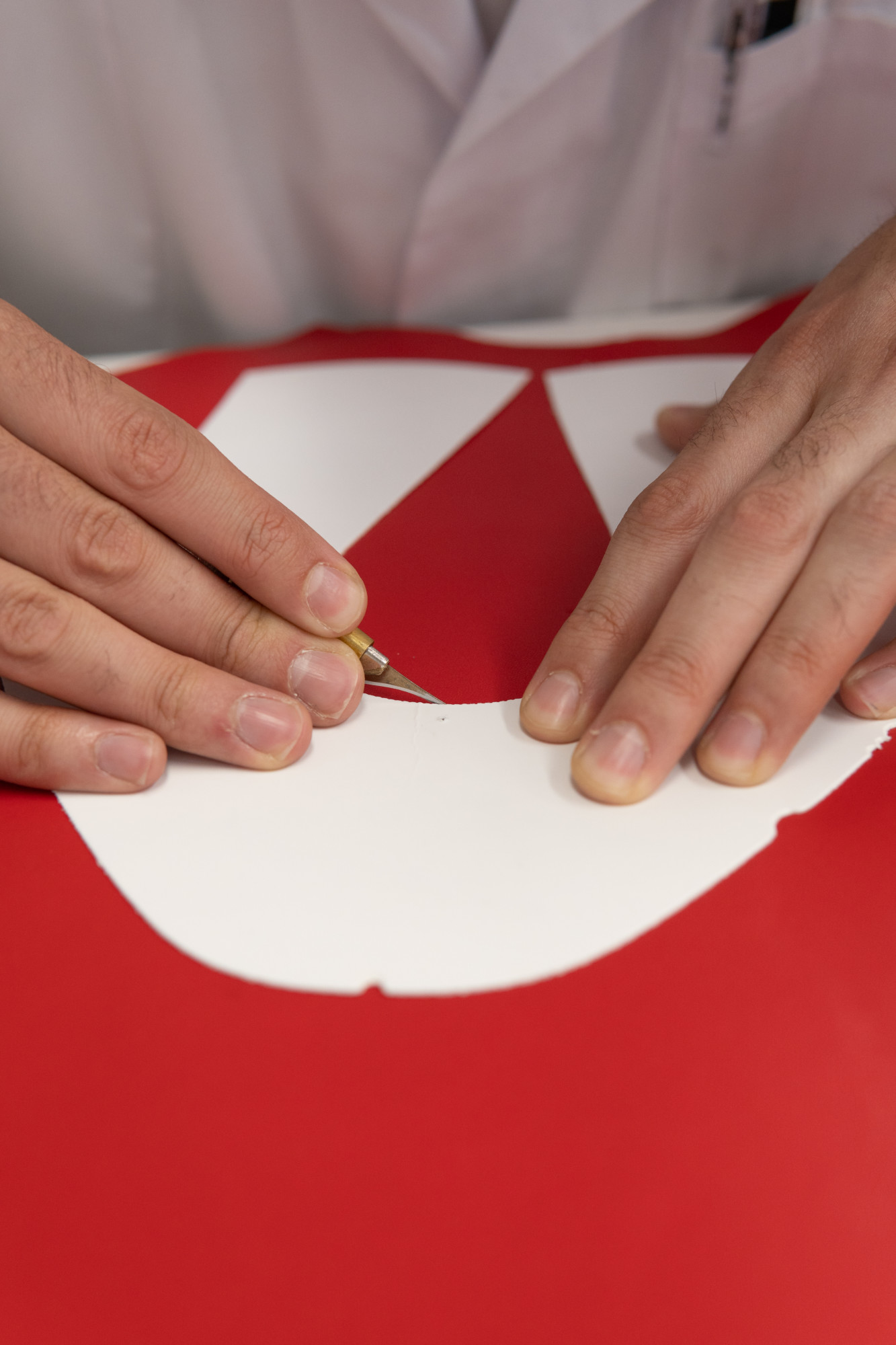 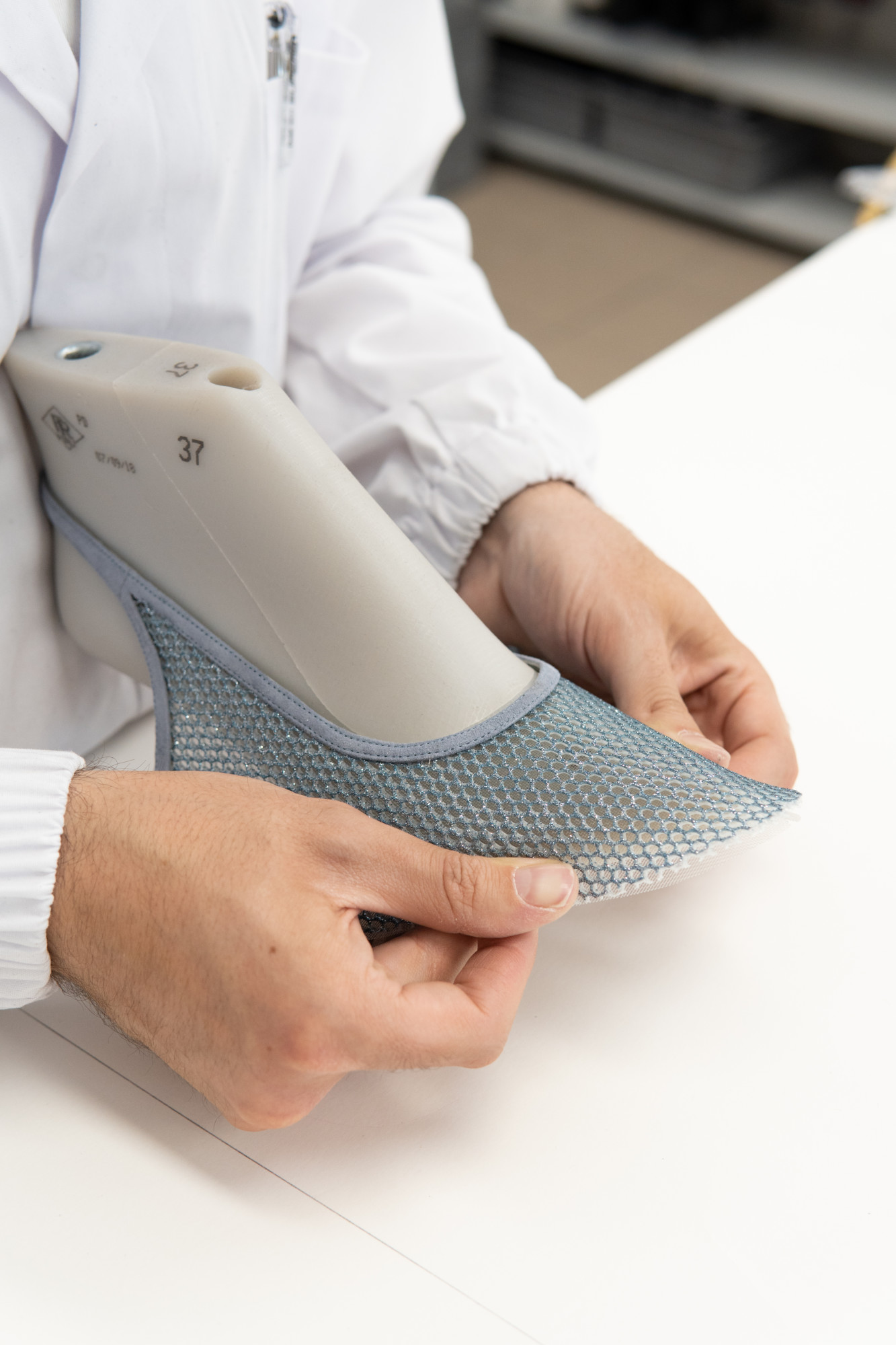 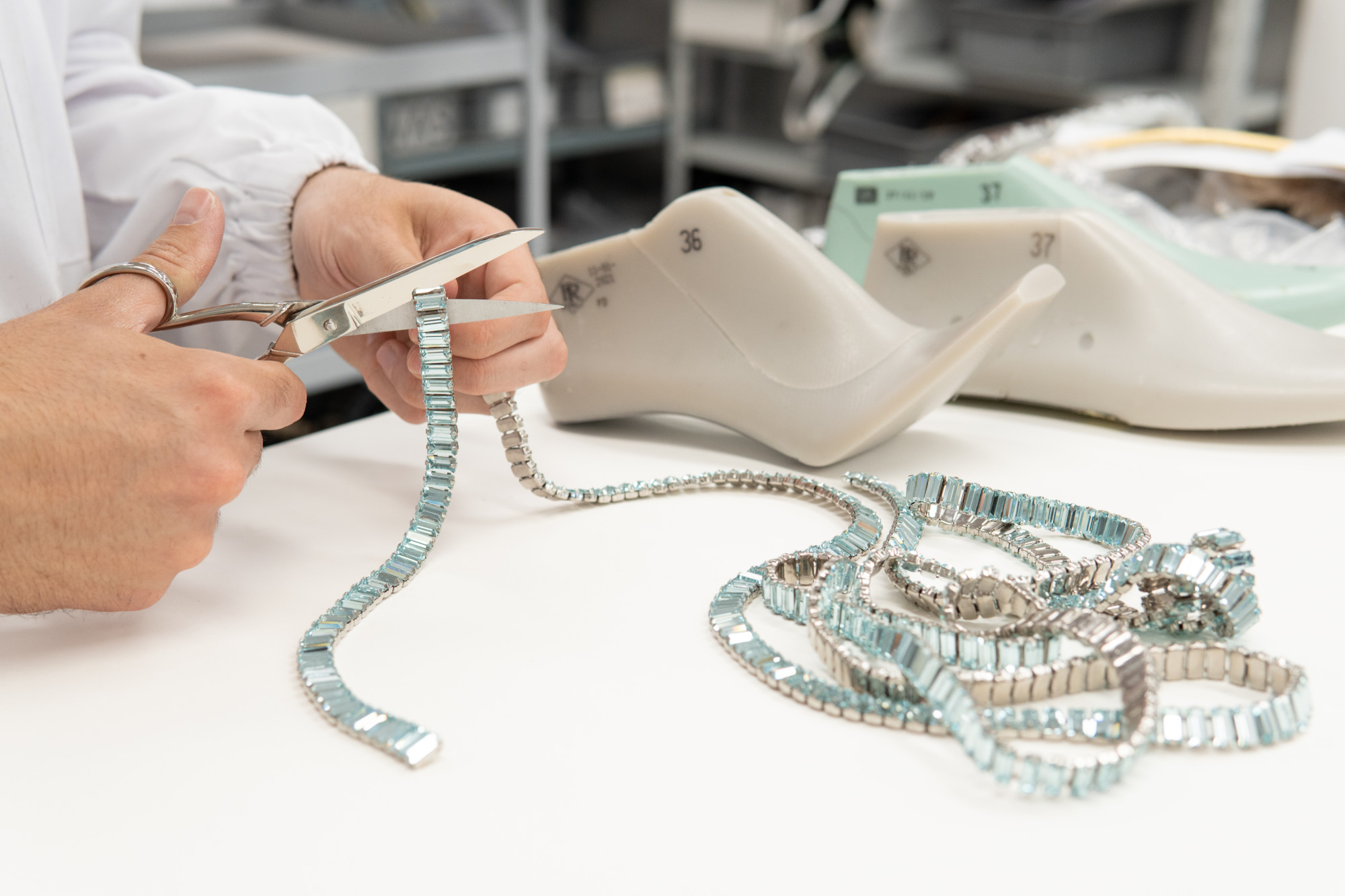 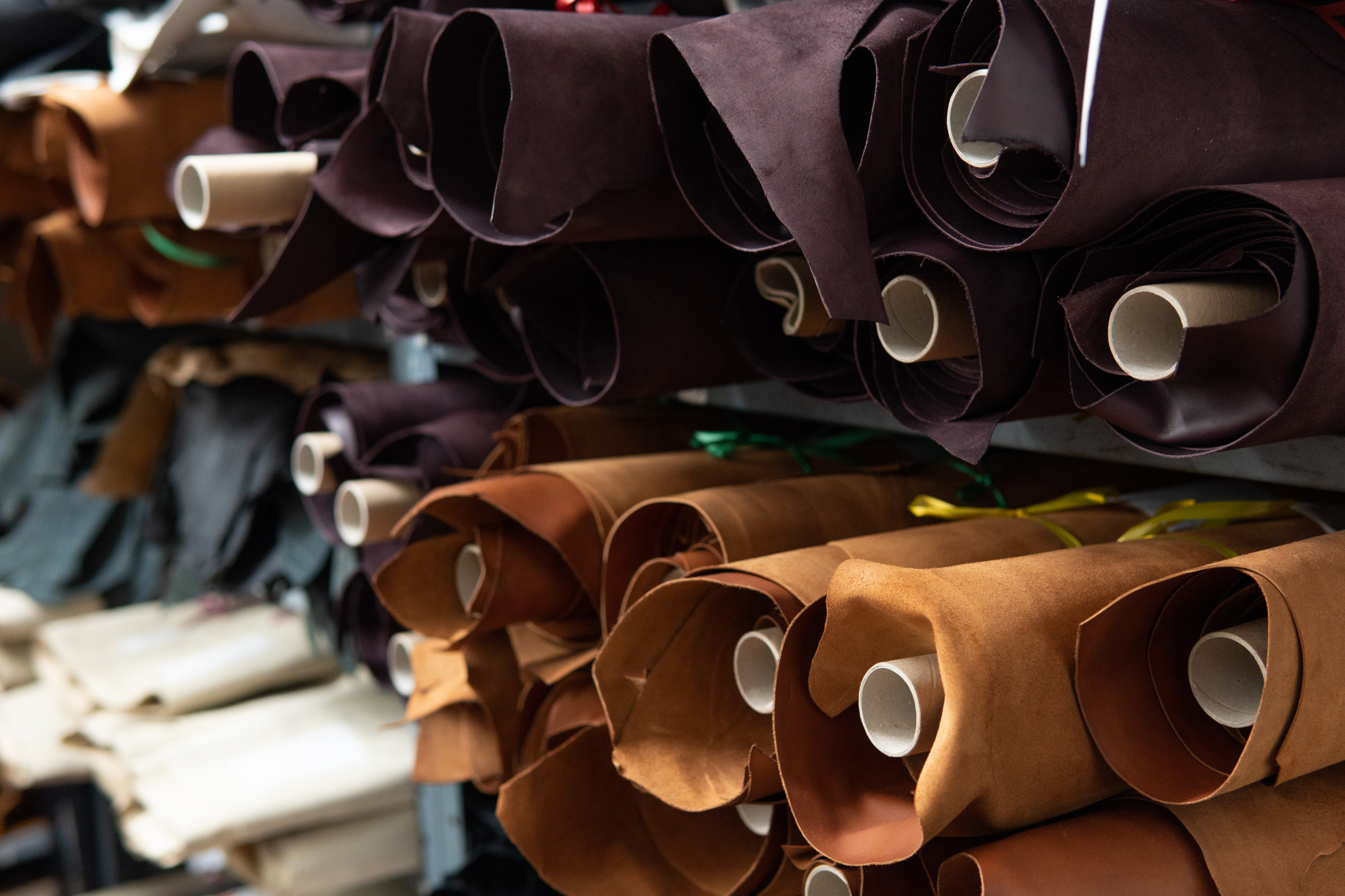 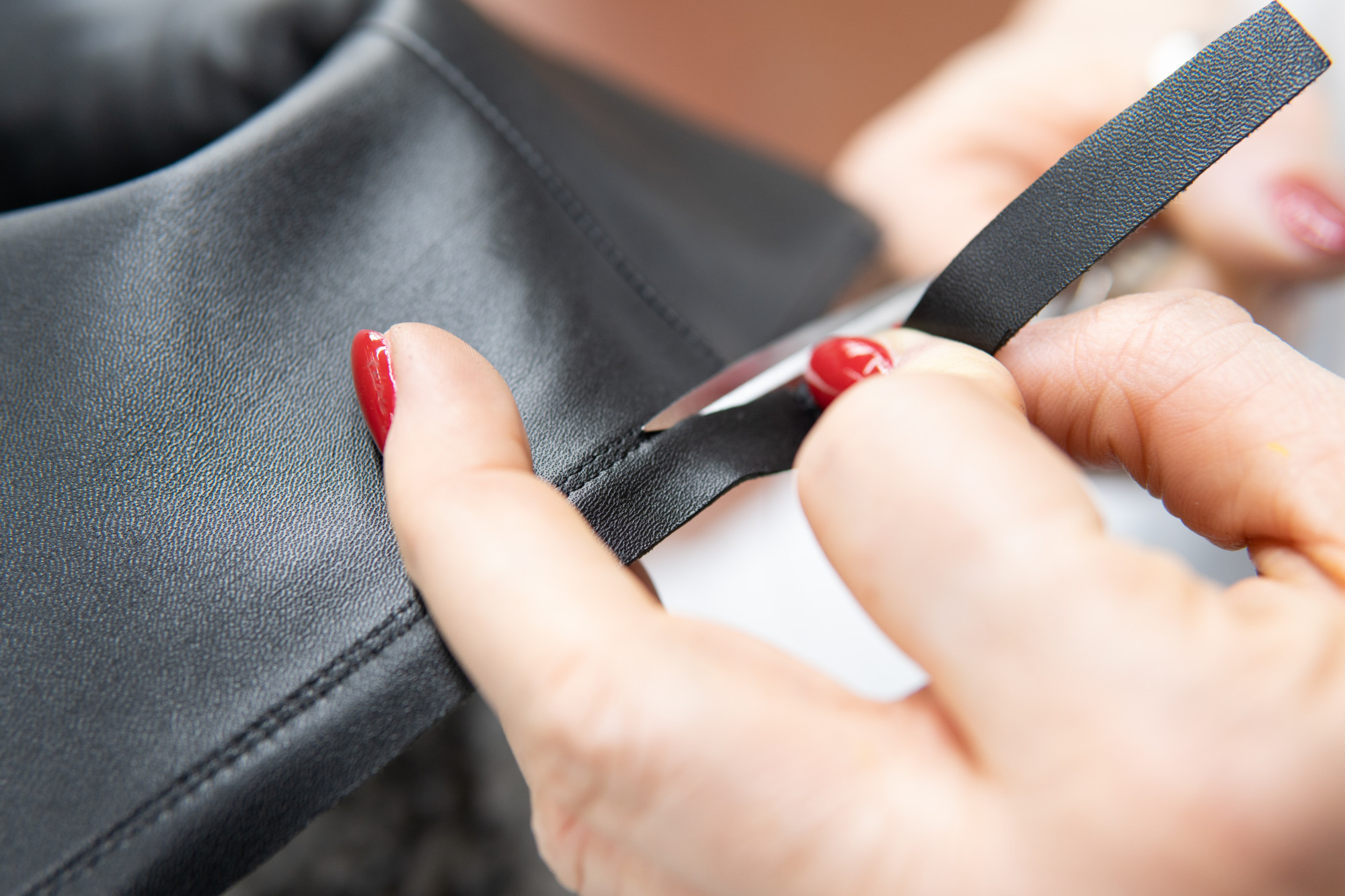 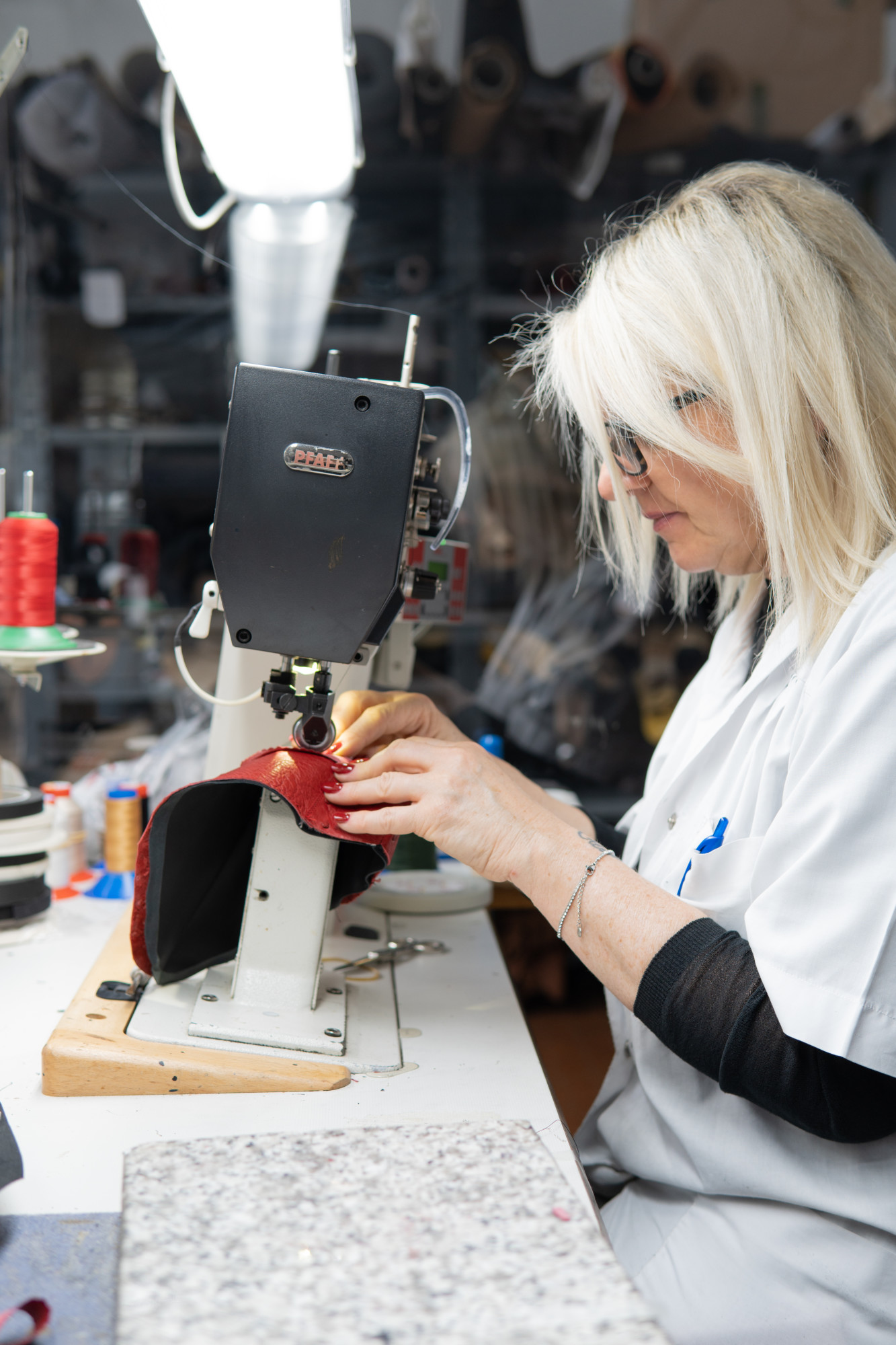 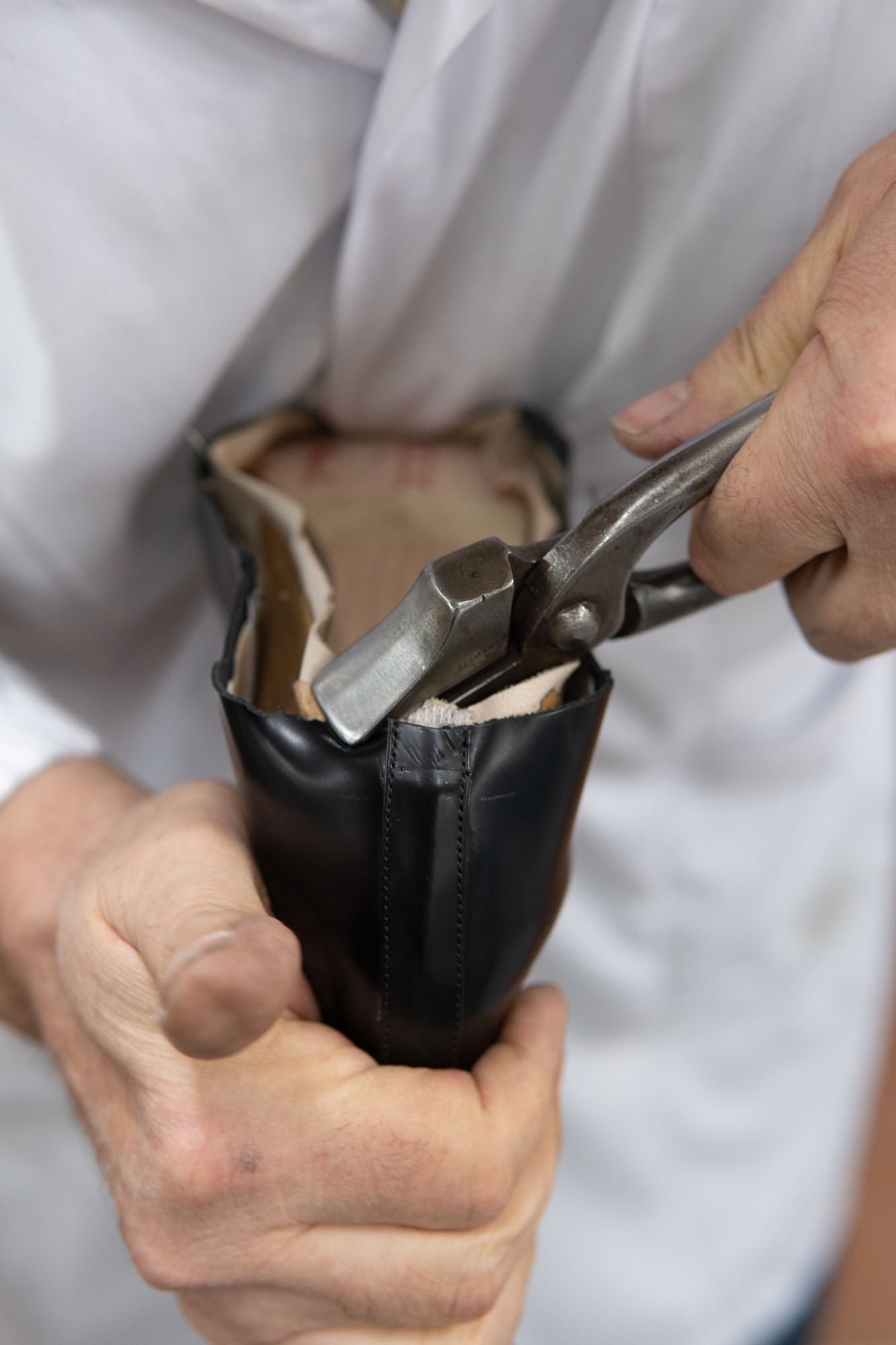 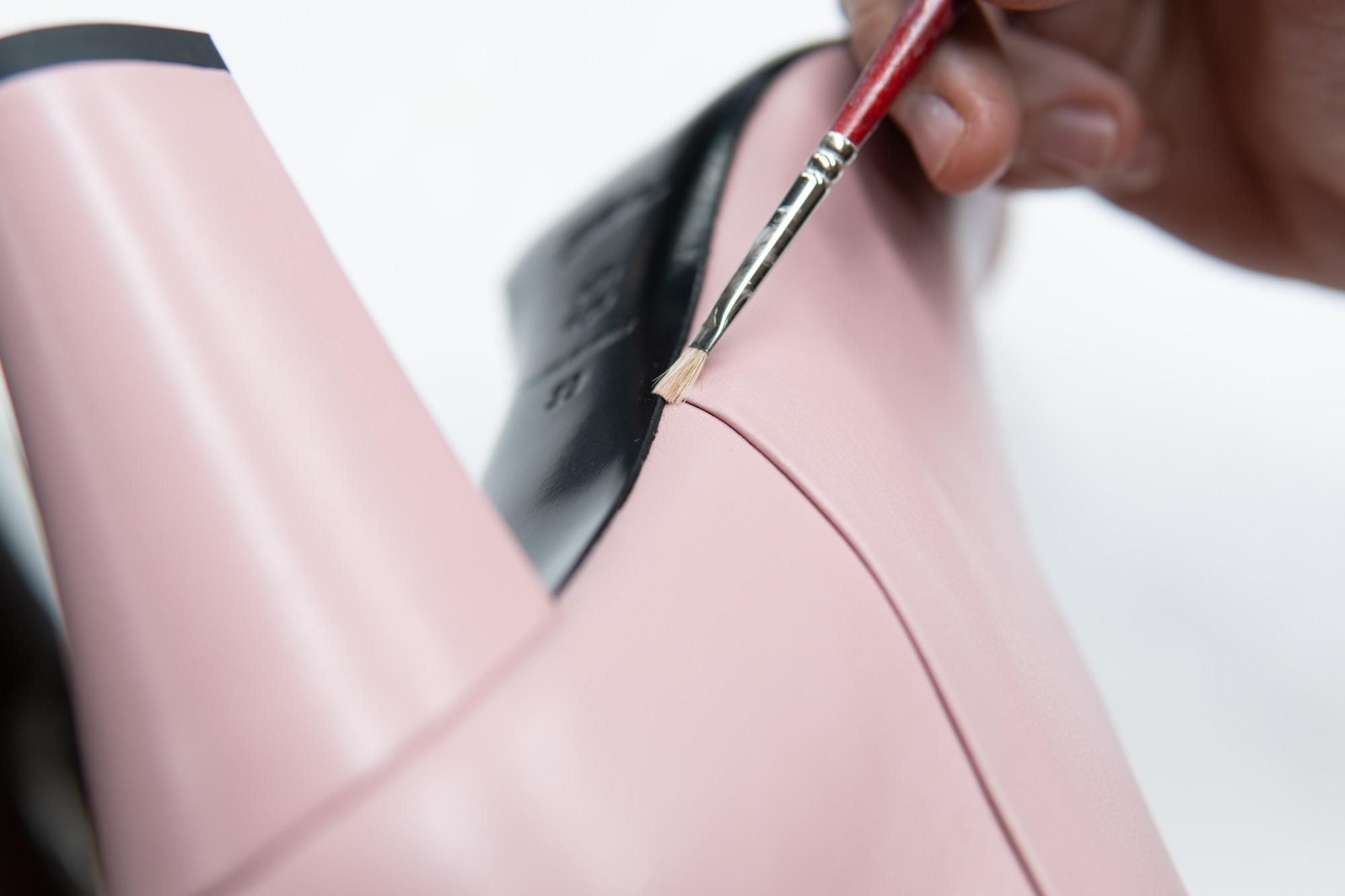 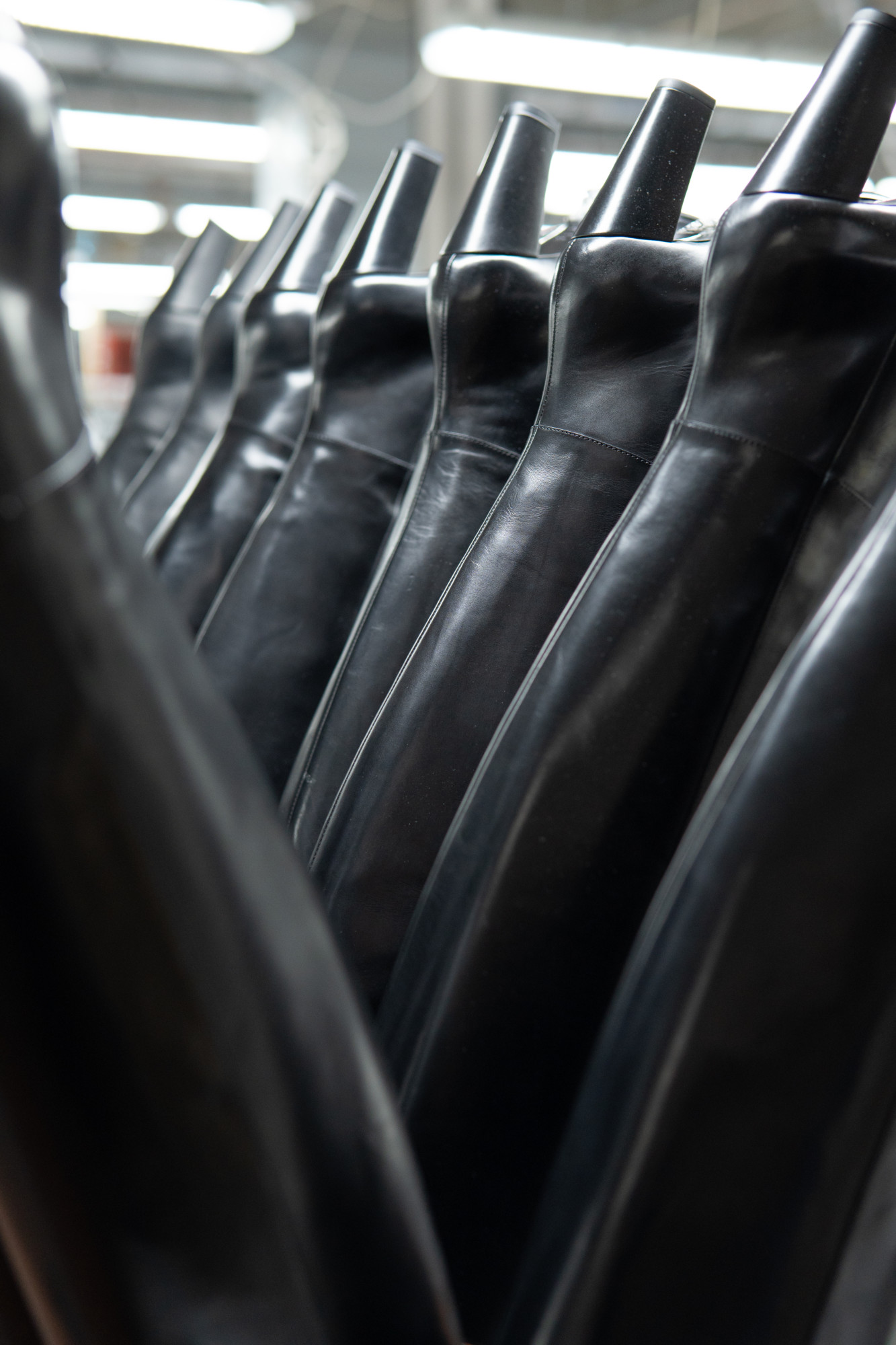 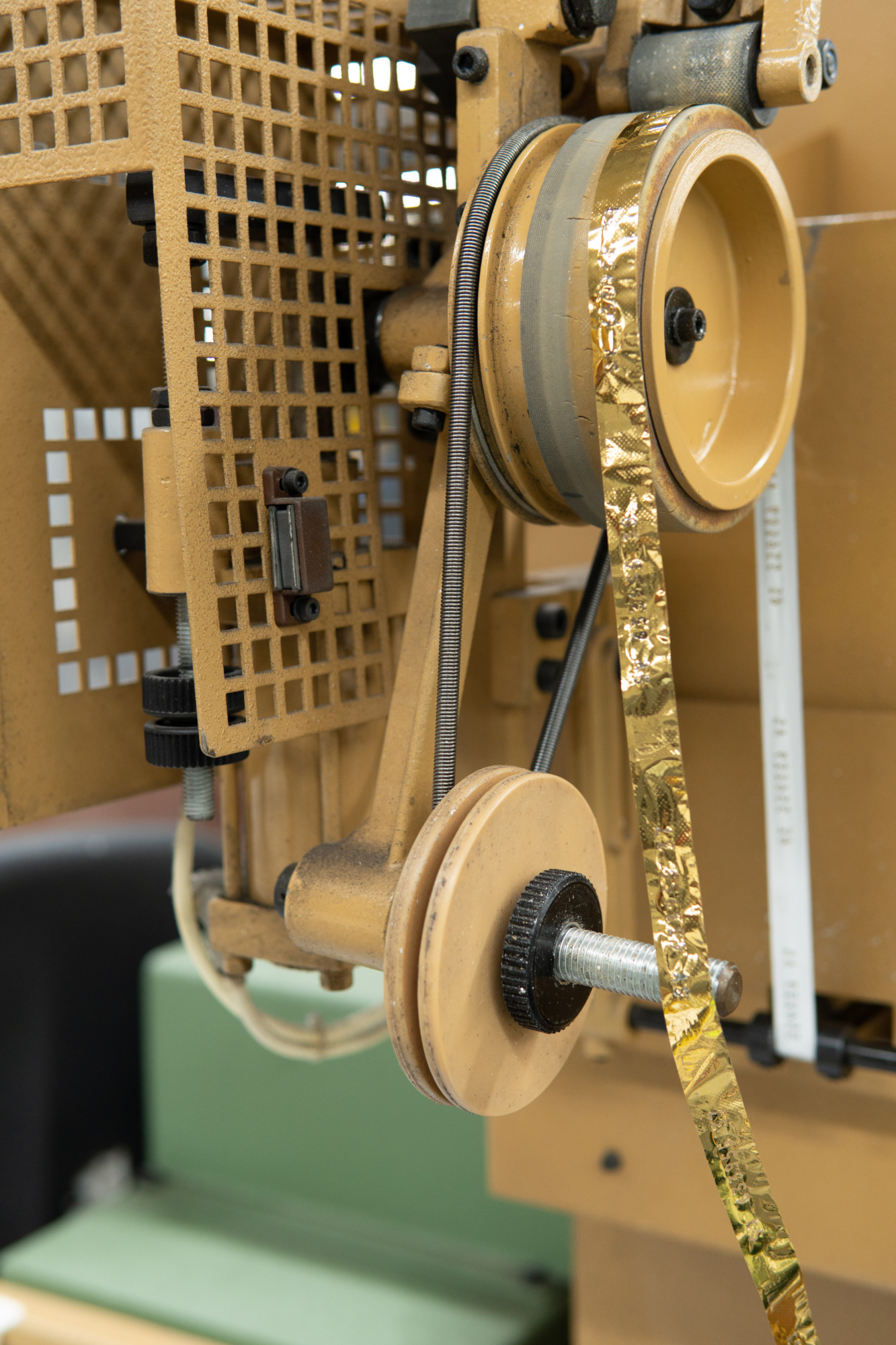 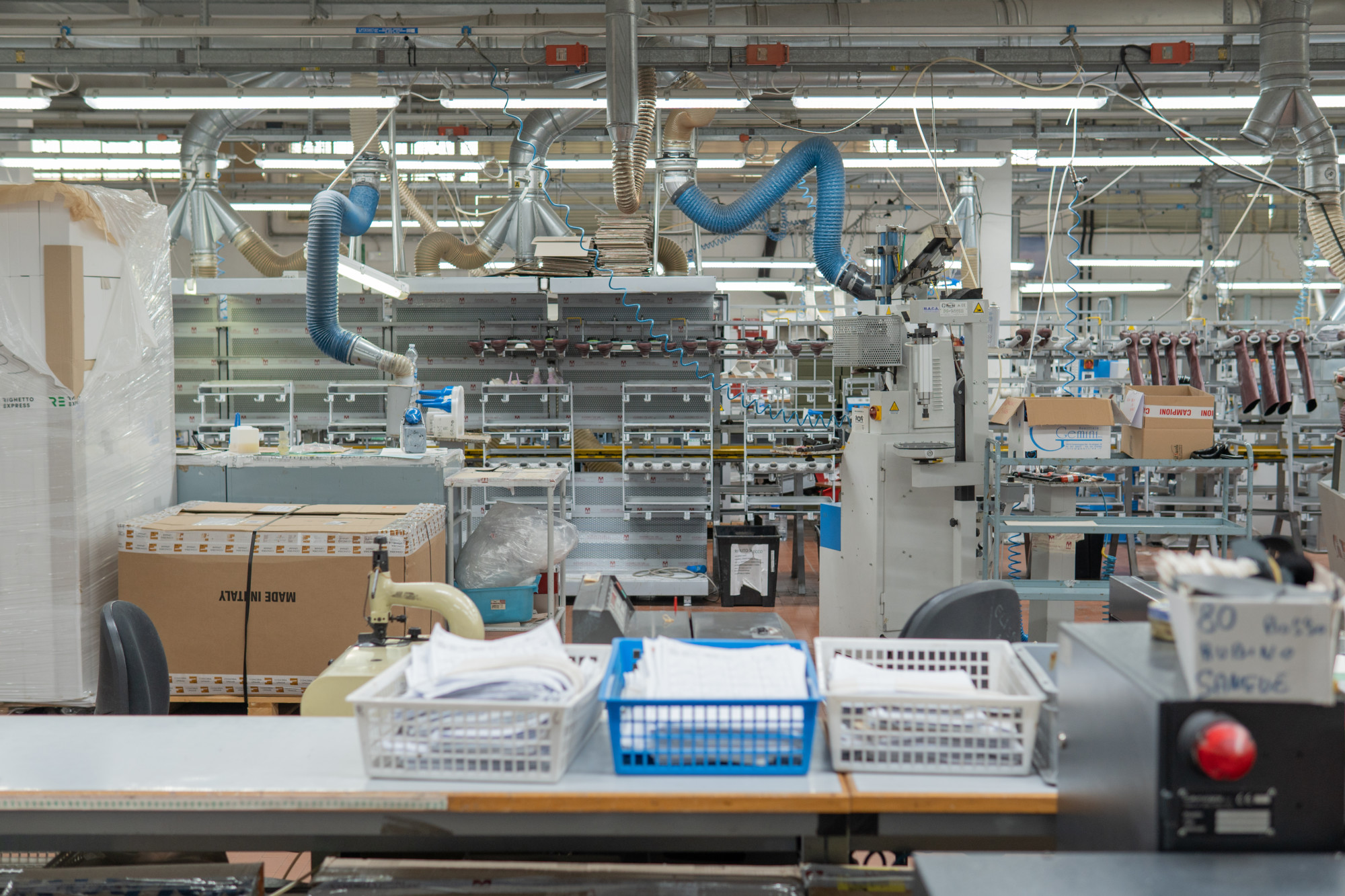 Sandro Vicari footwear is classic and highly feminine: clean unfussy lines embellished with exquisite, eye-catching details.
Great care and attention is given to every detail, and production is 100% Made in Italy — or rather, Made in Venice. Every pair is, in fact, made in-house and the supply chain is almost entirely local.
«The word quality is of fundamental importance for us. It’s our guiding star. It refers not just to product quality, but also to the quality of our customer relationships», Alessandra Vicari explains.

The brand’s typical customer is an elegant, sophisticated woman who likes beautiful things. The company’s partners, on the other hand, are those seeking a manufacturer capable of sharing its know-how while offering reliability, punctuality, speed and the ability to solve problems at the same time; one that keeps up-date with the latest production technology — while maintaining a totally traditional craftsmanship — and with the increasingly important issue of environmental sustainability.
«We are looking for certified tanneries, metal-free leathers, traceability, recycled paper in packaging. Everything to make as little impact as possible on the environment», says Alessandra Vicari.

And while footwear is, and will remain, its core business, in the present and future of the Sandro Vicari shoe factory there is also a line of handbags — both coordinated with the shoes and not — made-to-order using its own materials in a small external workshop with which it collaborates. 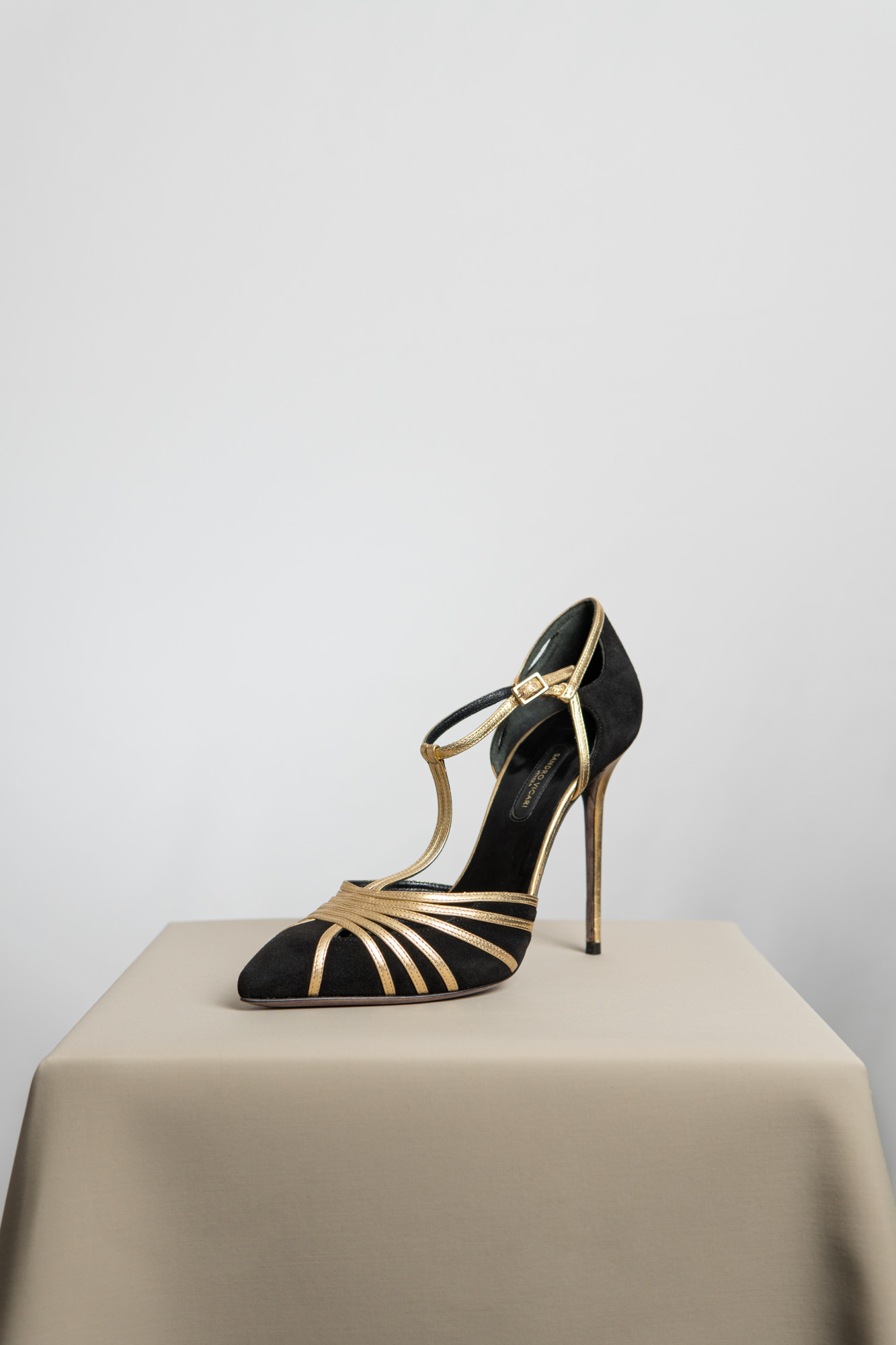 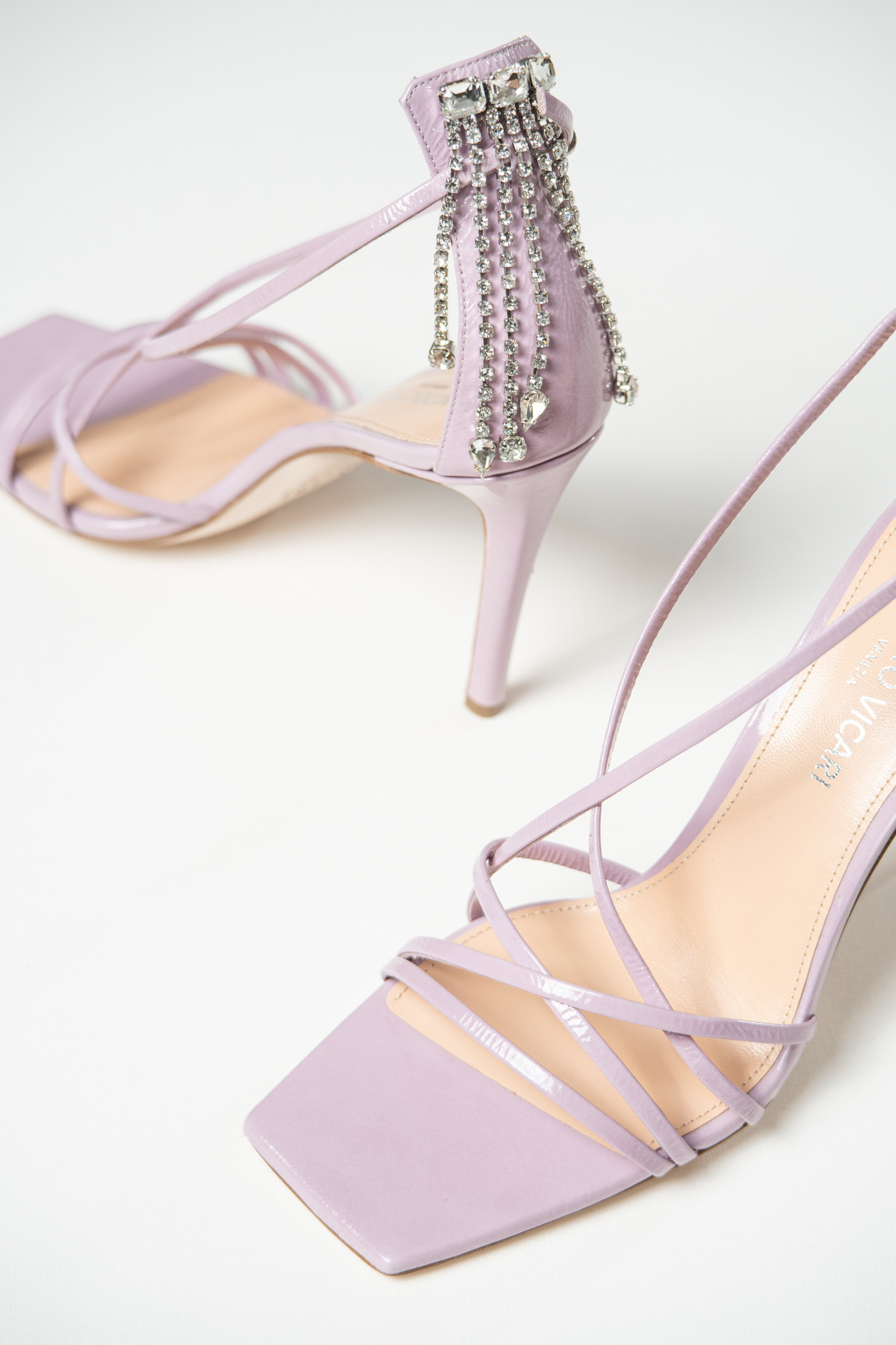 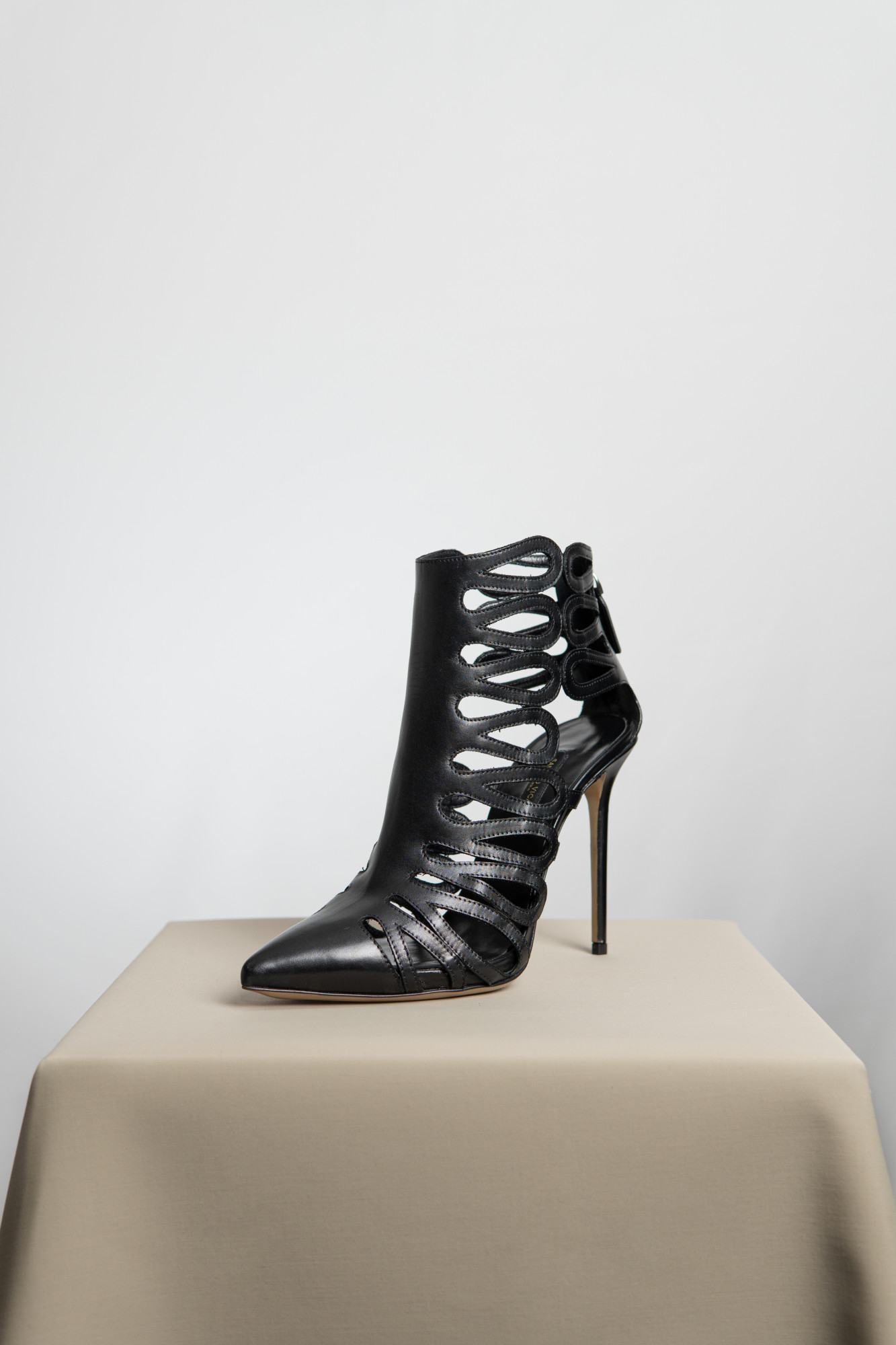 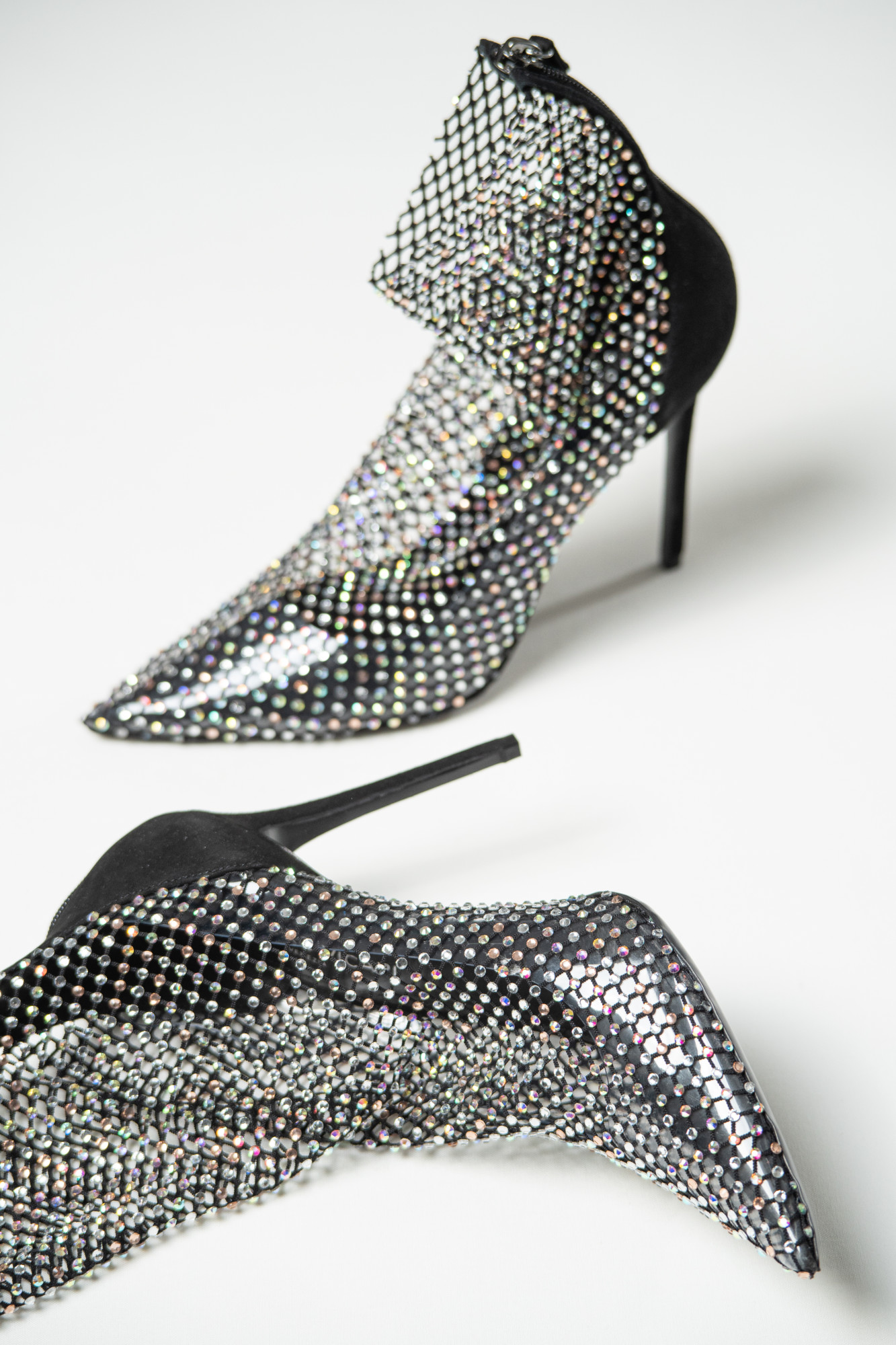 Although the third generation has not yet entered the firm — Alessandra’s son has just graduated from the Bocconi university and is doing an internship in another company — there are plenty of youngsters capable of carrying on the family business one day, since the founder, Sandro Vicari, who still goes to work in the factory and maintains relationships with some long-standing customers, has seven grandchildren.

In the meantime, the company is updating itself in terms of communication, taking care of its web presence with the new institutional site and evaluating the possibility of creating an e-commerce as well. «Great investments are needed, especially to convey customers on the site» says Alessandra Vicari. «But we keep thinking about it and we hope to make Sandro Vicari footwear accessible to everyone!». 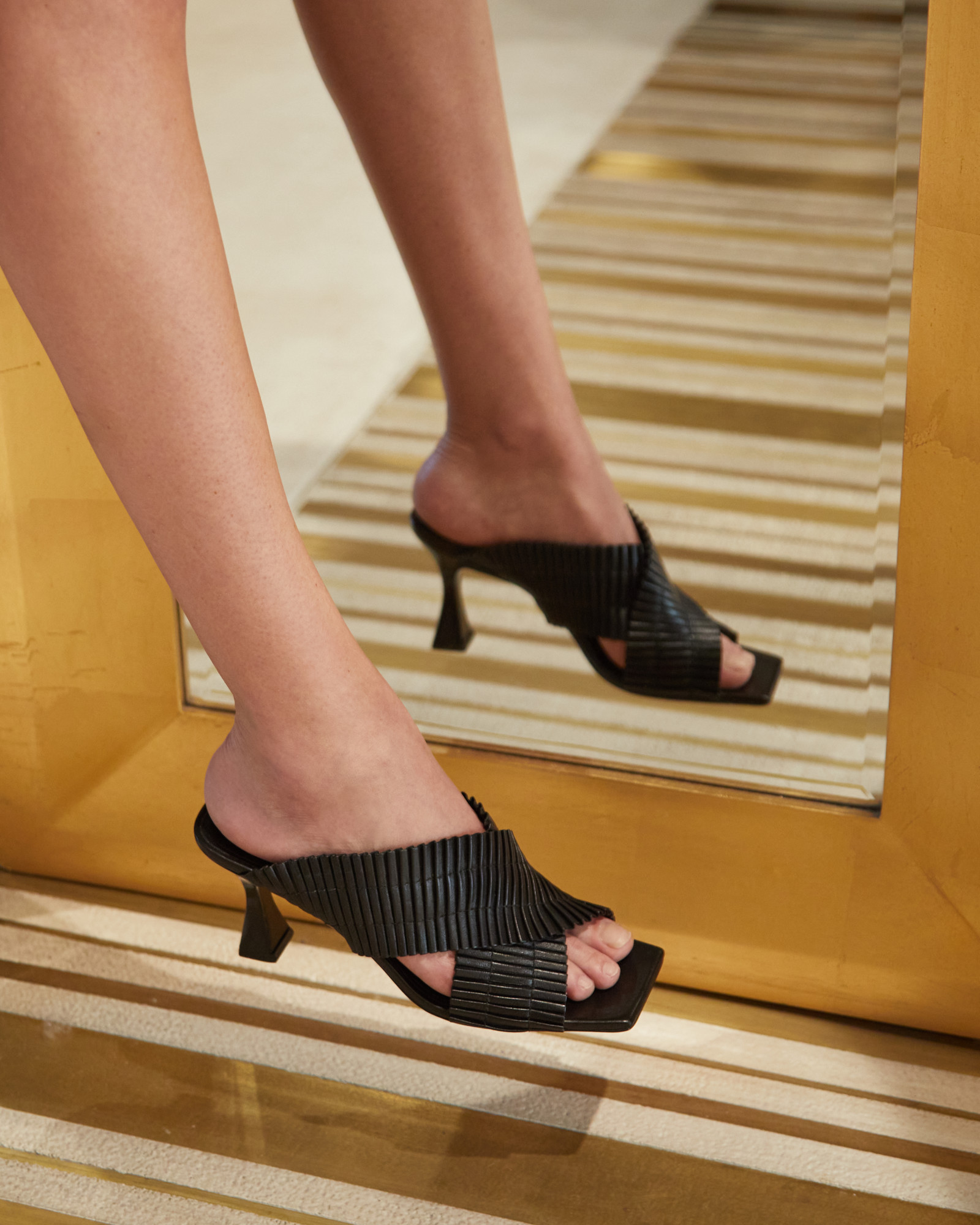 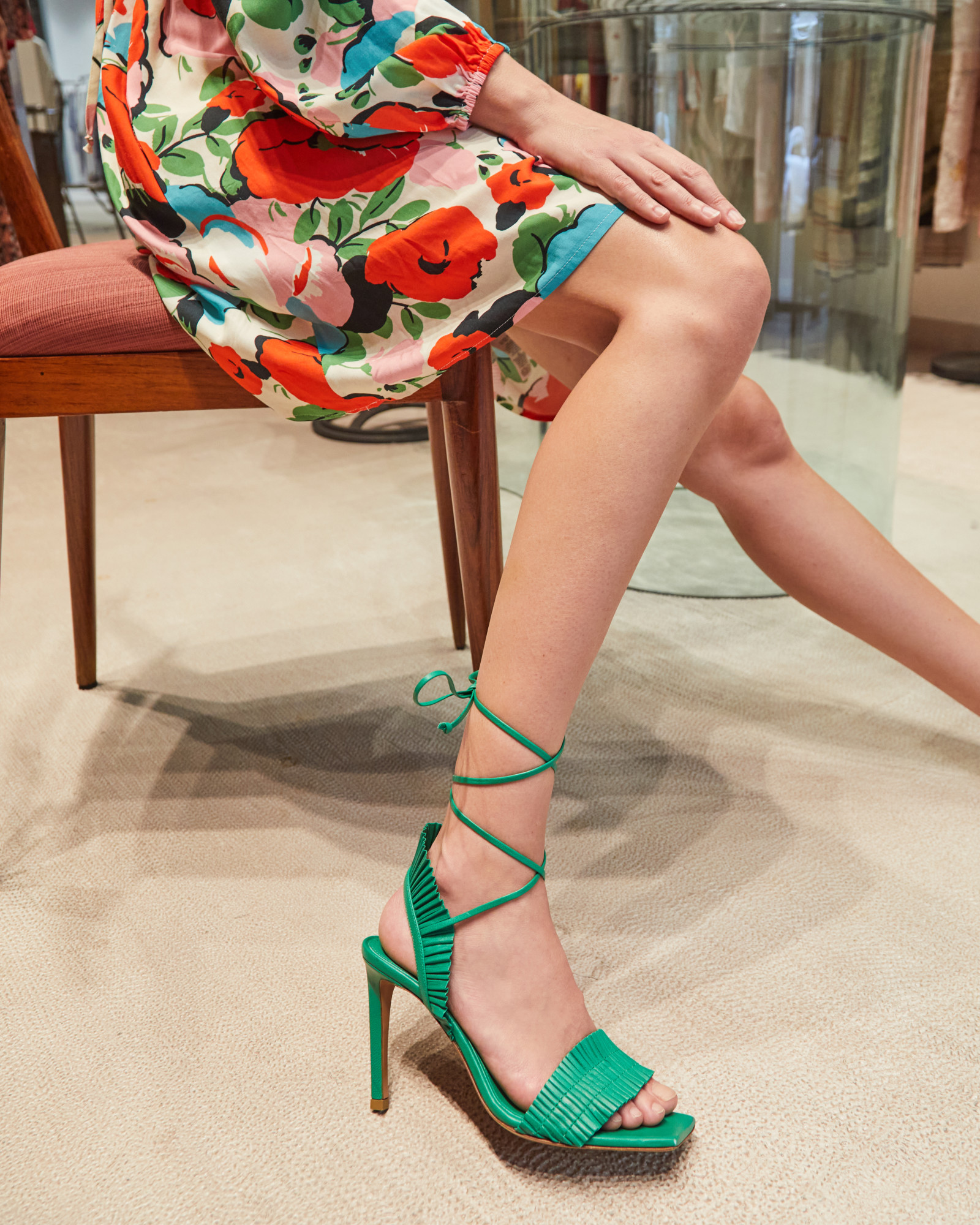 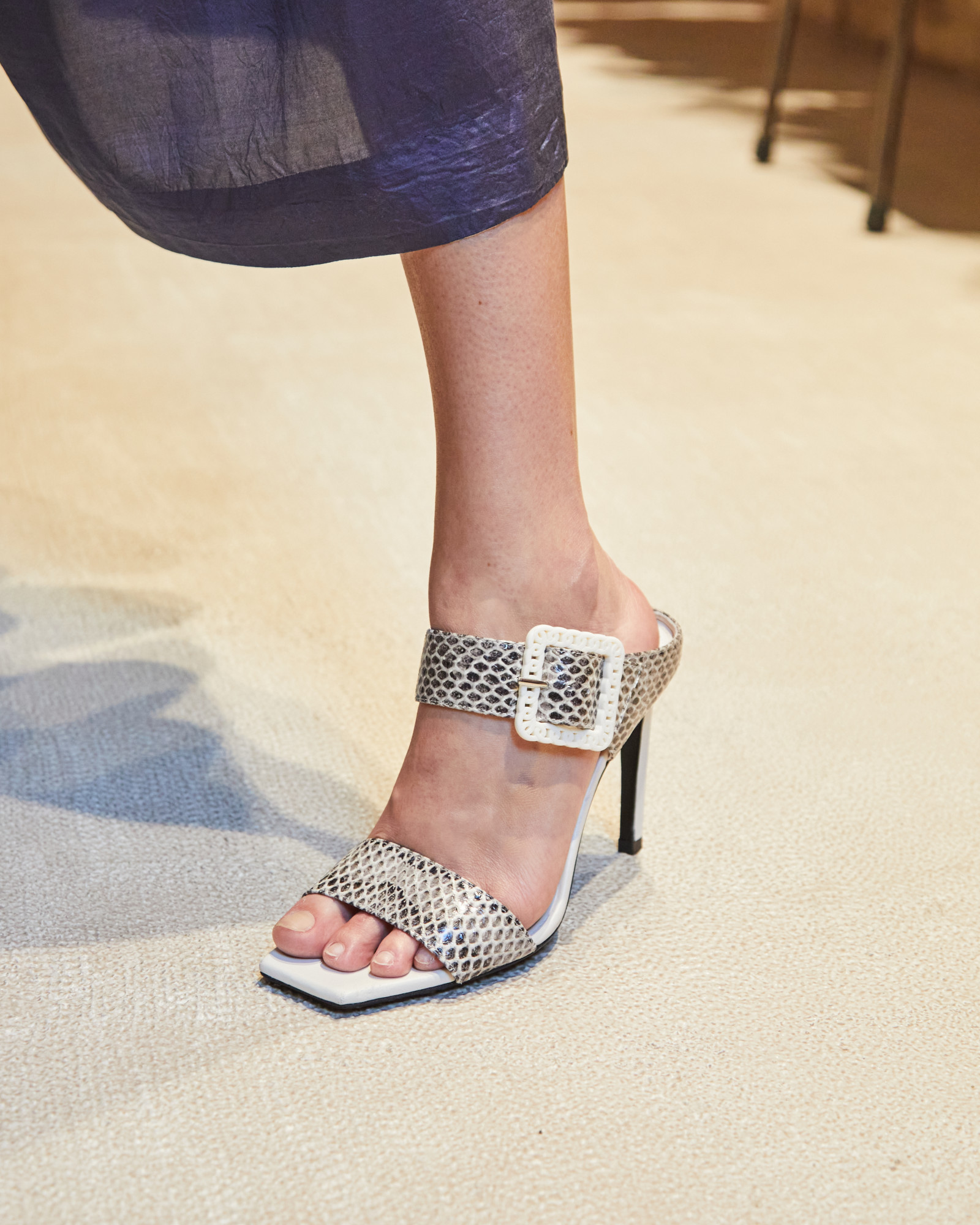 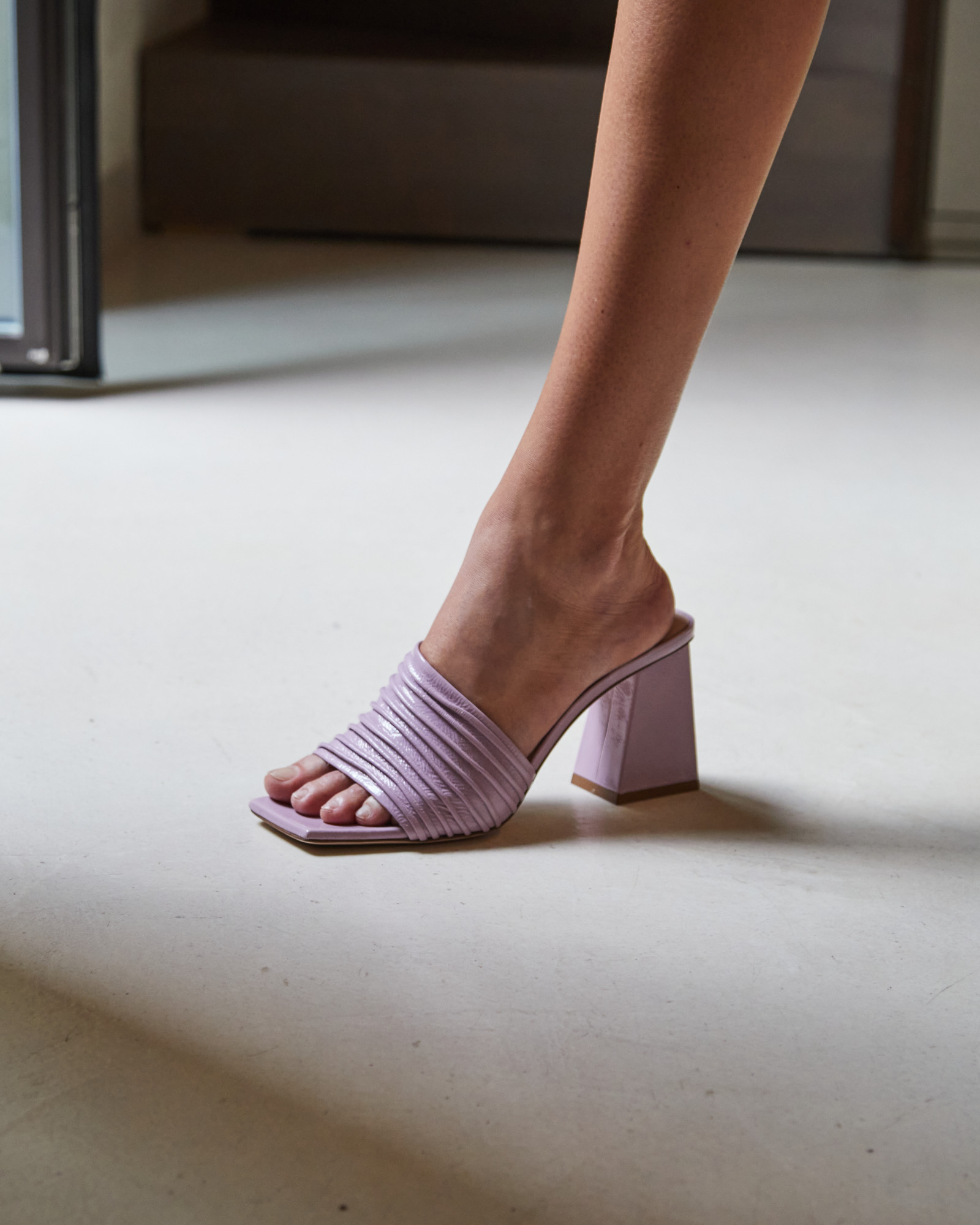 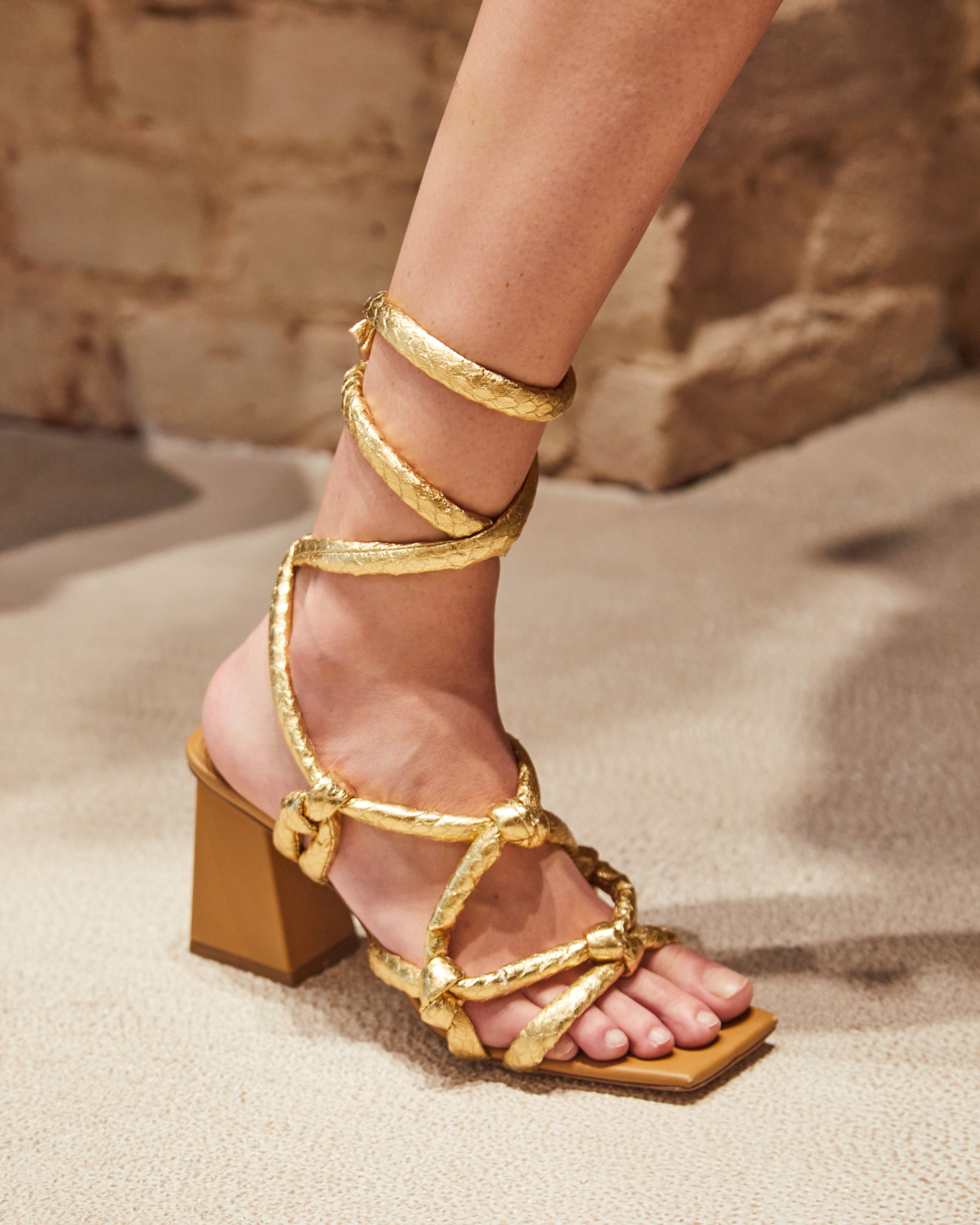 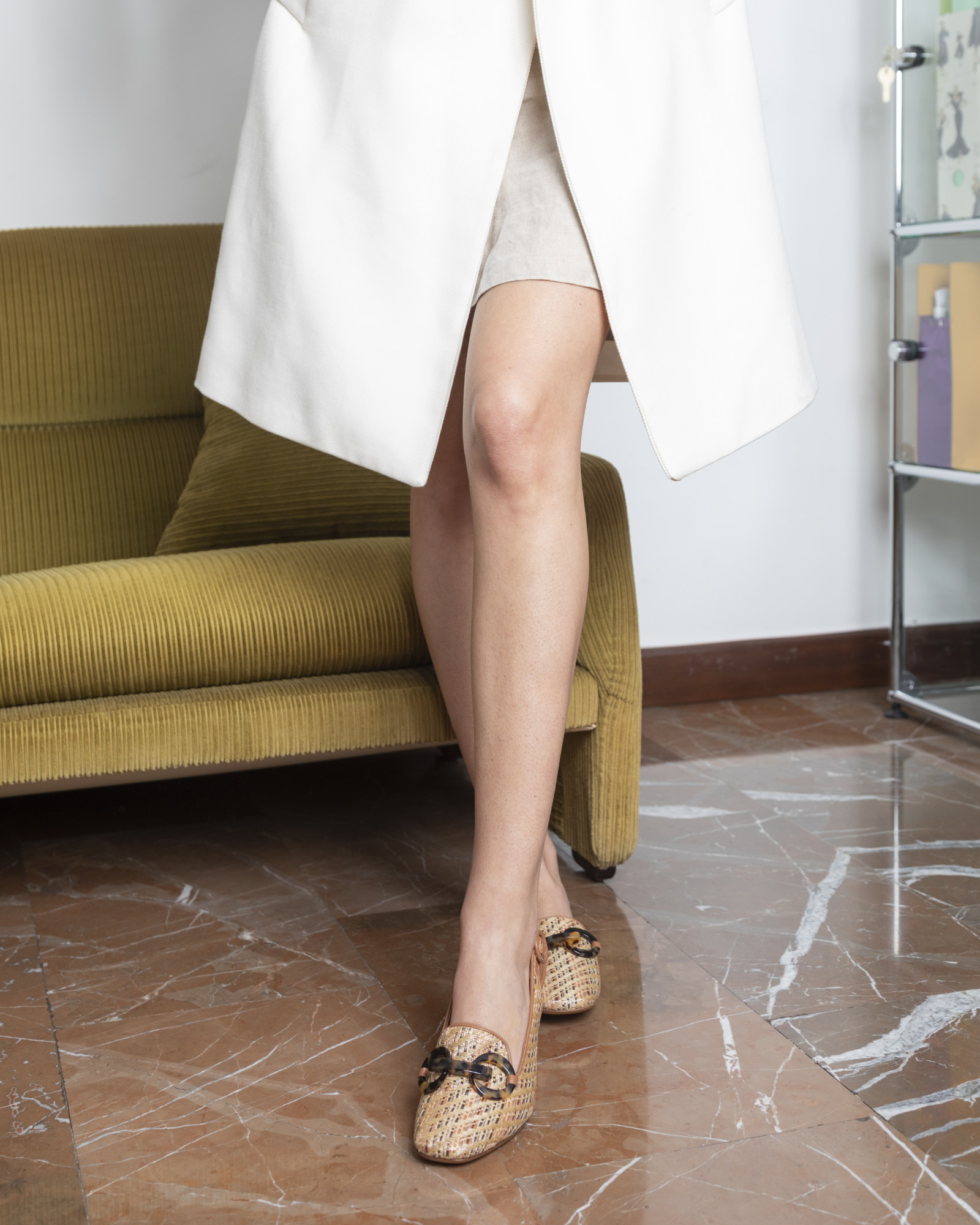