From Puglia to Montecarlo: the story of a truly cosmopolitan brand

Fernando Pensato Senior was born in 1935 in Italy’s Puglia region – in Torremaggiore, near Foggia, to be precise. In the mid-Fifties, he decides to emigrate to Germany, a country he already knew well since he had done his military service there. He settles near Lake Constance – where Germany, Austria and Switzerland intersect – and starts a business selling ladies’ stockings. Thanks to various bright ideas, such as selling his products in places predominantly frequented by women, such as greengrocers’, Pensato’s business soon starts to flourish.

With many of his clients shoe shop owners, Pensato discovers a burgeoning interest in footwear. He decides to go back to Italy to study the shoe industry and after a period spent visiting factories and learning about the shoe-making process, sets up his own business.
Pensato’s Italian-made shoes gradually conquer first the German market, and then those of France and Italy, while the beauty and quality of their craftsmanship soon attract the attention of fashion experts and professionals. 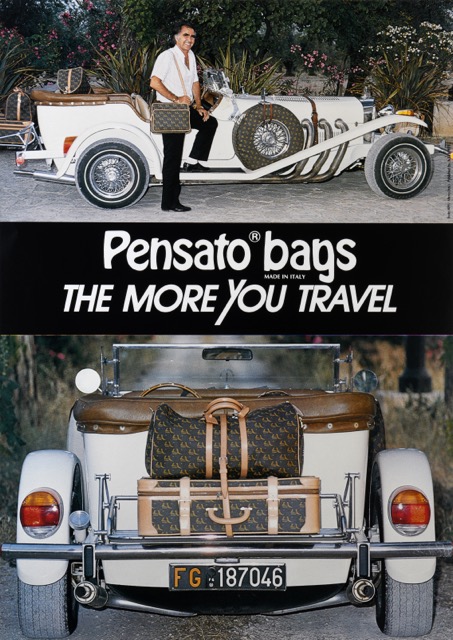 Pensato it's not “only” a shoes company but a lifestyle brand

One journalist in particular, Ulla, falls in love with his creations. As fashion editor of the Hamburg-based women’s magazine Petra which still exists today, Ulla often features Pensato’s shoes in her magazine. She finally has the opportunity to meet the enterprising Italian who makes them when a pair of blue boots is urgently needed for an editorial shoot: Fernando delivers them personally, meeting Ulla at the station where she is about to board a train to take her to the photoshoot location.
It’s the late ‘60s, and for Ulla and Fernando it’s love at first sight.

Shortly afterwards, Ulla leaves the magazine to work with Pensato, taking charge of the creative and commercial side of the business as well as product and brand development.
Between the ‘70s and ‘80s the company starts to grow globally, thanks primarily to its innovative use of materials which become its most iconic feature.
First and foremost, cork: comfy, lightweight wedges and platforms earn Fernando Pensato Sr. the title of “King of cork”.
Then there are the plexiglass heels, a total novelty that Pensato offers in a distinctive spherical shape; and mesh, to make shoes lighter and cooler in summer. 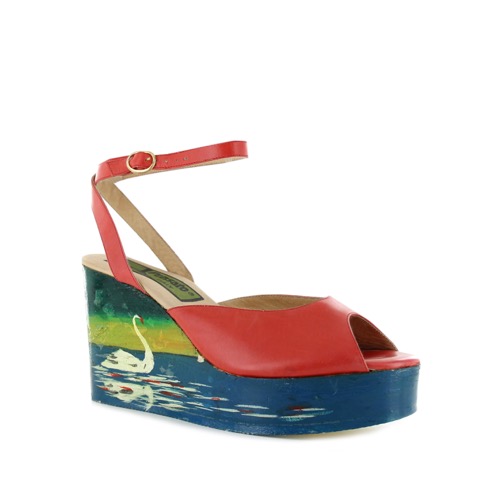 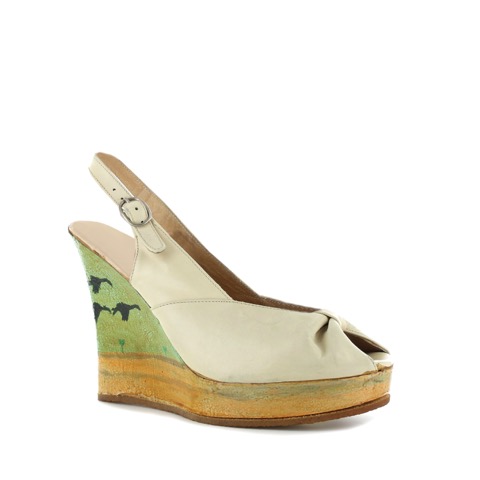 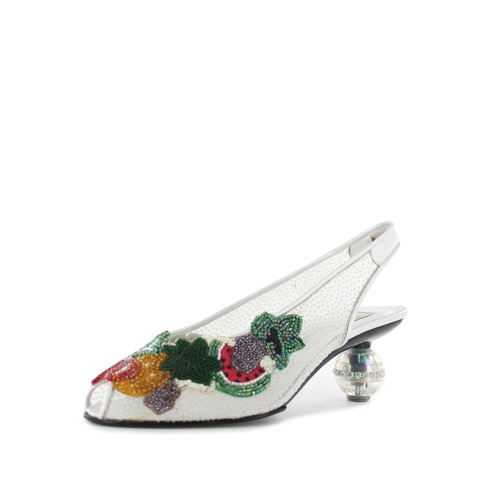 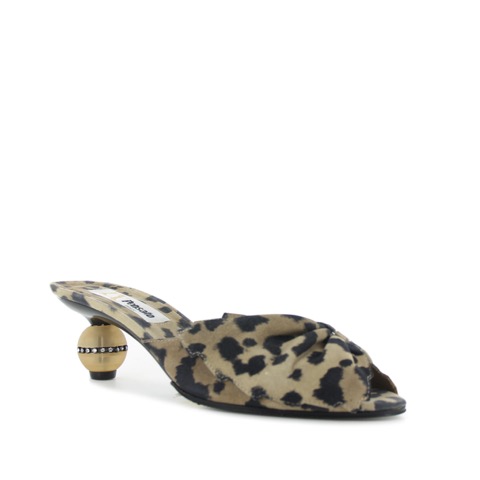 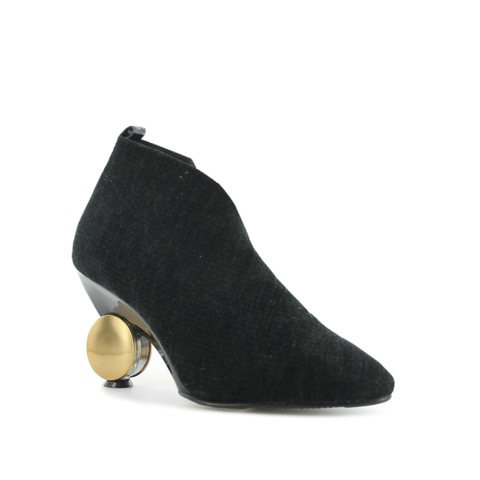 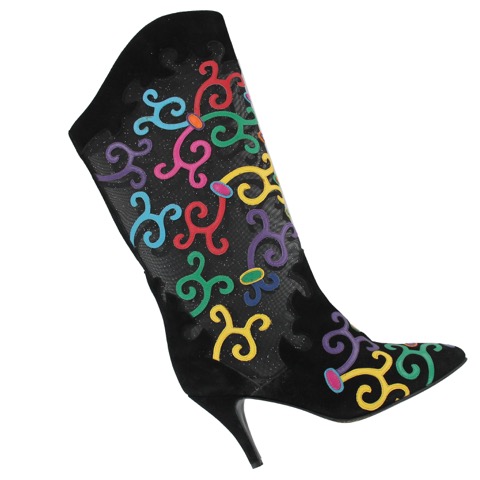 The company is also one of the first to embellish their shoes with Swarovski crystals, and adopts a decidedly art-centric marketing strategy, with Art Nouveau-inspired graphics evoking the concept of “shoes with soul”: products that transcend their usefulness and arouse emotions.

In the ‘80s, Ulla and Fernando buy a shoe factory in San Mauro Pascoli, right in the heart of the prestigious Rubicone shoemaking district.
And it is there — surrounded by shoes — that Fernando Pensato Junior spends his childhood, growing up between Italy and Switzerland. In the mid-’90s, during the school holidays, he gains his first experience of working in the family firm, accompanying his mother to the leading footwear trade-fairs. 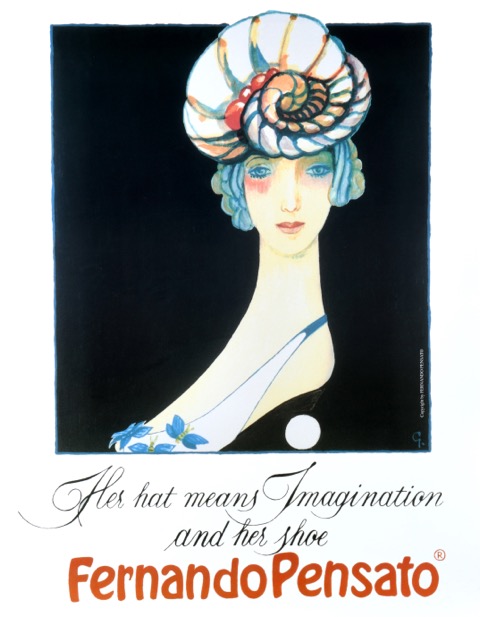 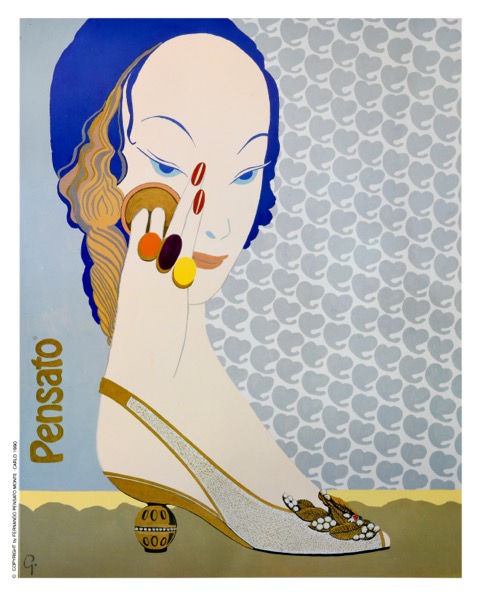 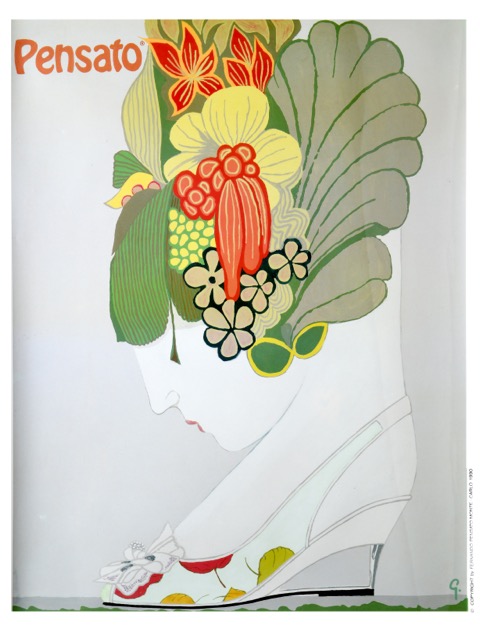 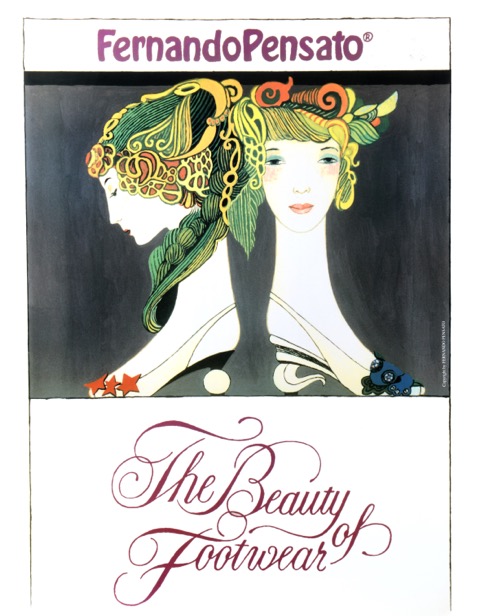 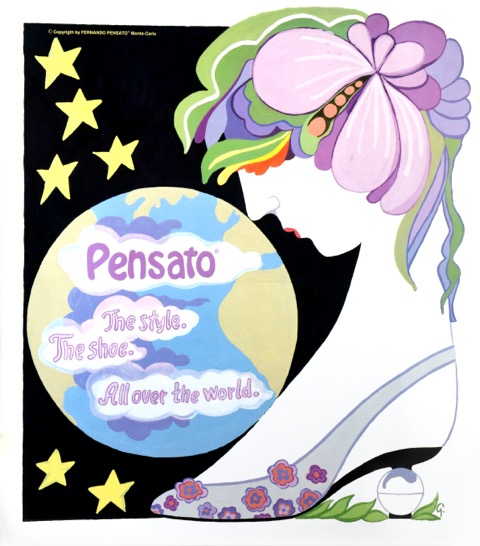 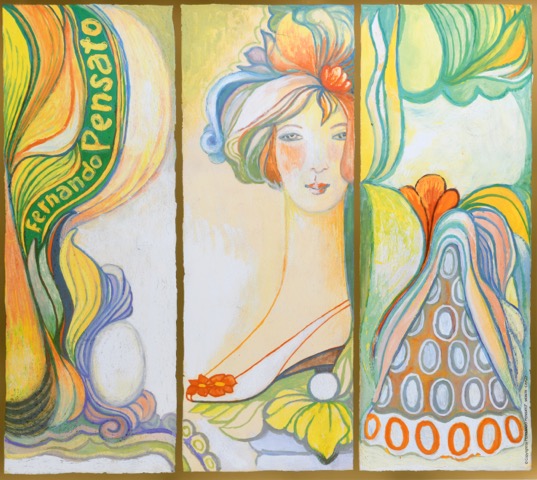 But shoes are not the company’s only business activity: it also produces furnishings, sculptures, carpets and perfume, becoming what today we would call a “lifestyle” brand.

Thanks to his success in the footwear sector, Fernando Senior decides to buy back some land in Puglia that once belonged to his family and, as a consequence, embarks on the production and sale of olive oil. Ulla has the bright idea of marketing the oil with the same Art Nouveau theme used for the brand’s shoes and over the years — largely due to a clever hunch on the part their son, Fernando Pensato Junior, who in the meantime has studied economy in America and joined the firm permanently in 2005 — the business expands to include a line of typically Italian gourmet products, such as balsamic vinegar, pasta, artichokes, tomatoes, olives: all products aimed at the international market, from private customers to high-class hotels and restaurants. 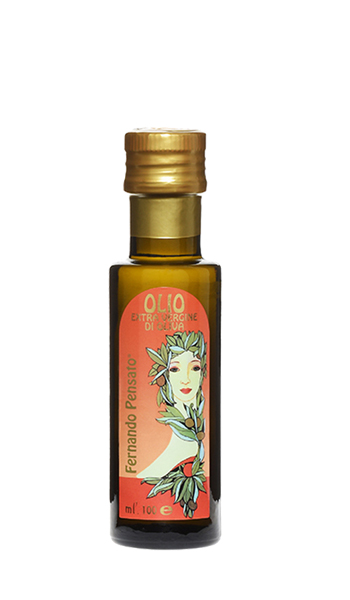 On joining the family firm, Pensato Junior is keen to make his mark straight away. The right idea arrives a couple of years later: slippers.
Widely accepted these days as elegant but comfortable outdoor shoes, at the time slippers were used mainly by the élite to receive guests in their homes at the weekend.

The first time Fernando Junior sees them outside their normal context is in Saint-Tropez, in 2007, when a friend of his alights from a helicopter wearing a pair.
The following year, he convinces his mother to design a modern version for him, with his initials on them, to wear to a wedding in Turkey. The dinner jacket-slipper pairing is immediately noticed by the wedding guests and is a great success.
«When i got back from the wedding I went to my mother and said: “we have a new trend”», recalls Pensato Junior.
This is origin of Kardinale, a new line featuring “papal-type” slippers decorated with symbols of a totally different nature, such as skulls, dragons and demons.

Today, the company has a small, high-quality production line for men, women and children and a mono-brand store in Montecarlo where the company is based. It is now run by Fernando Pensato Junior together with his wife Tiffany, who follows the fashion and design side of the business and has succeeded brilliantly in combining her own personal vision with the history and style of the brand, embracing the past in order to carry it into the future and helping to reinforce the bonds between Italy’s unique manufacturing prowess and a borderless, cosmopolitan ethos. An ethos that is perfectly personified by Fernando Junior and Tiffany: he, half-Italian and half-German, grew up in the Principality of Monaco and studied in Switzerland and the United States, while Tiffany was born in Dubai to a Franco-American father and Austrian mother, spent her childhood between Dubai and Switzerland and studied in Paris, at the prestigious Parsons School of Design. 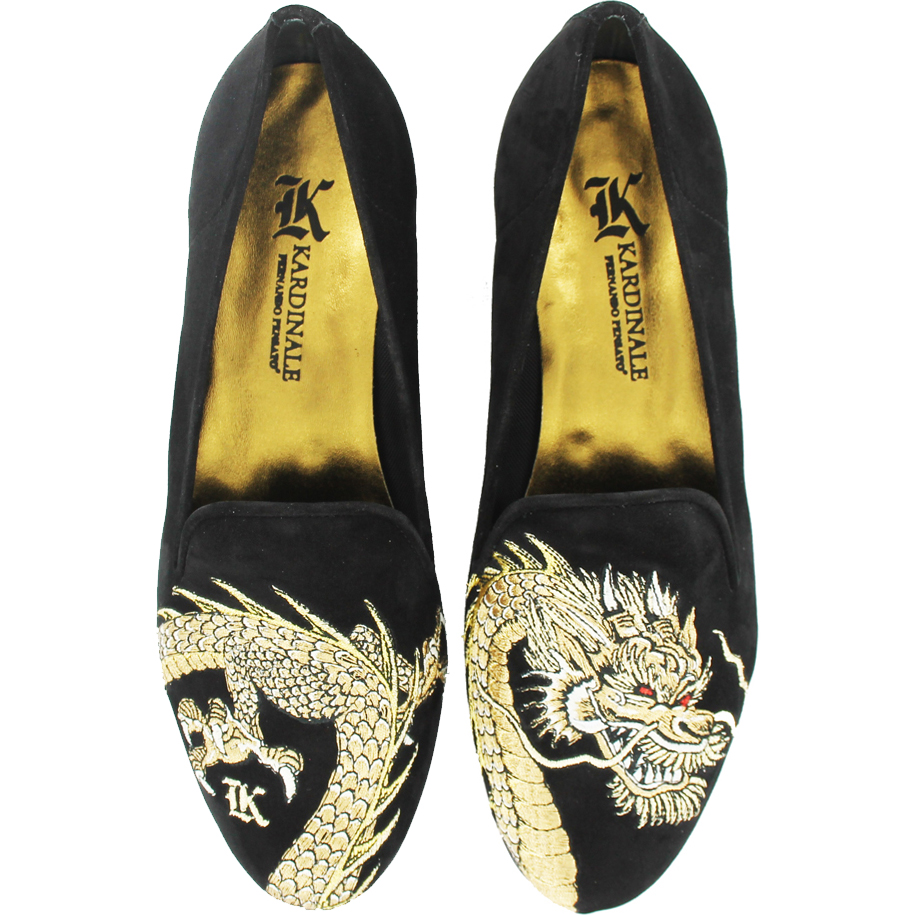 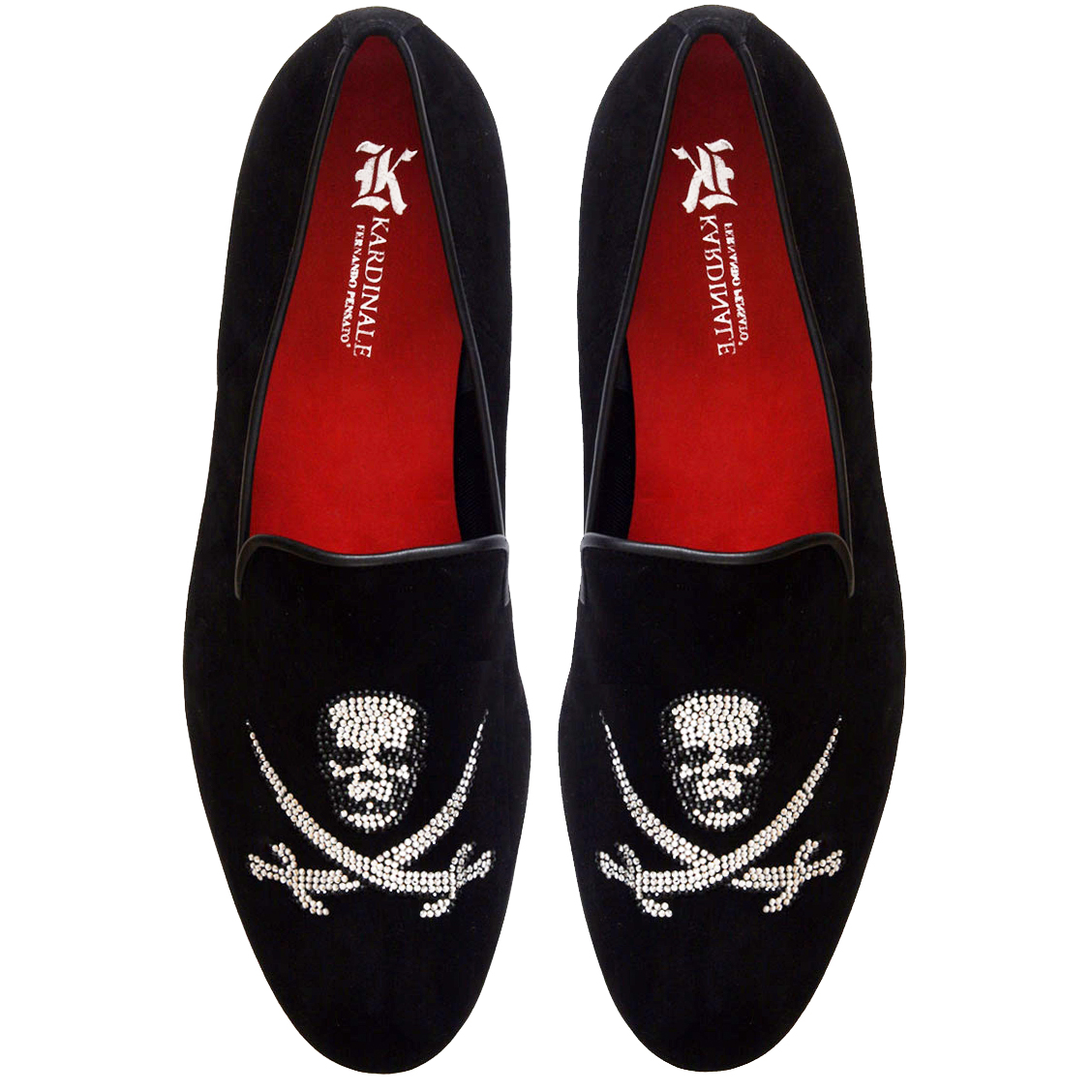 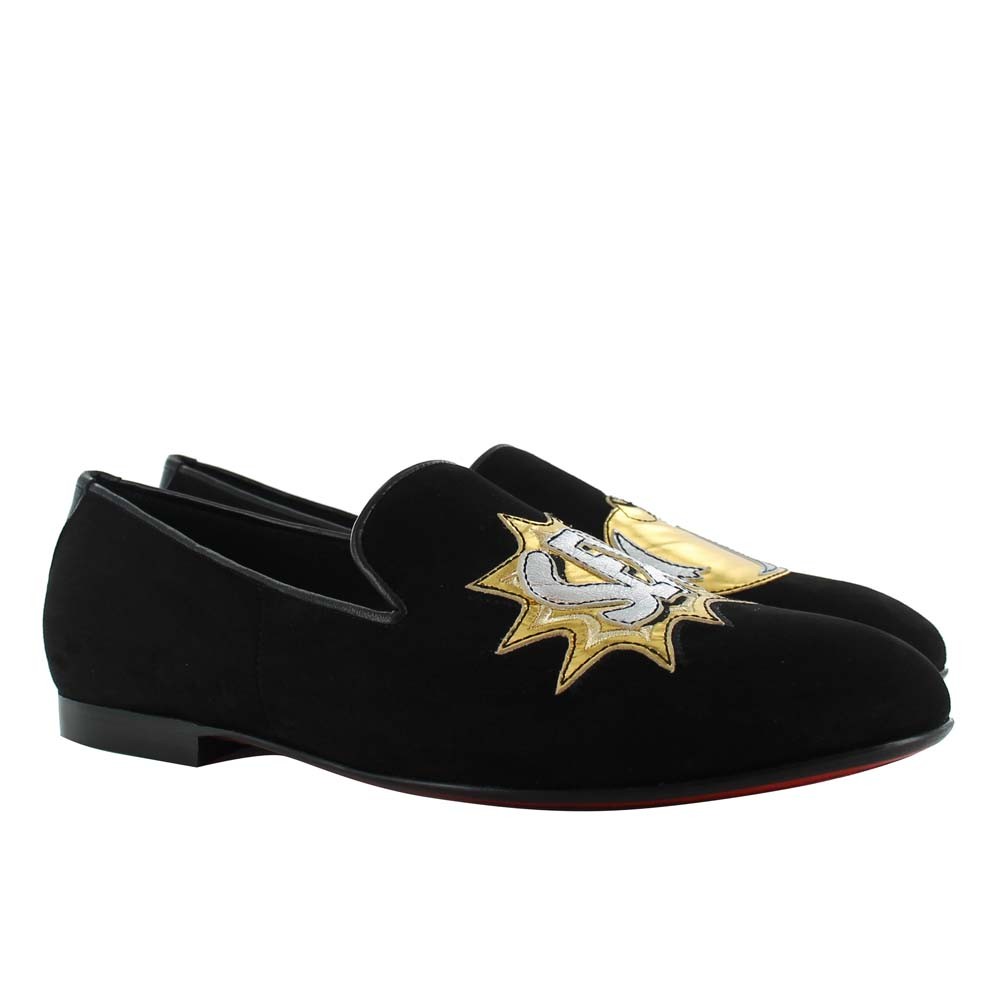 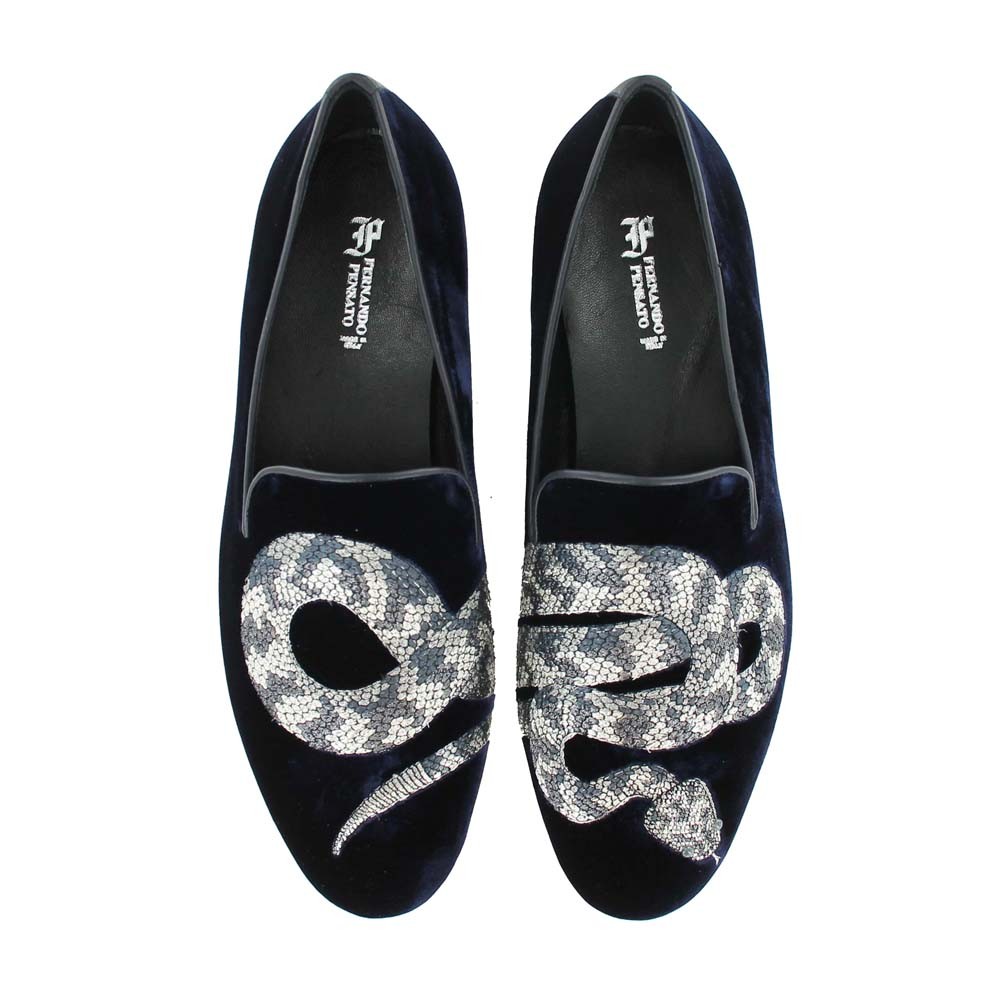 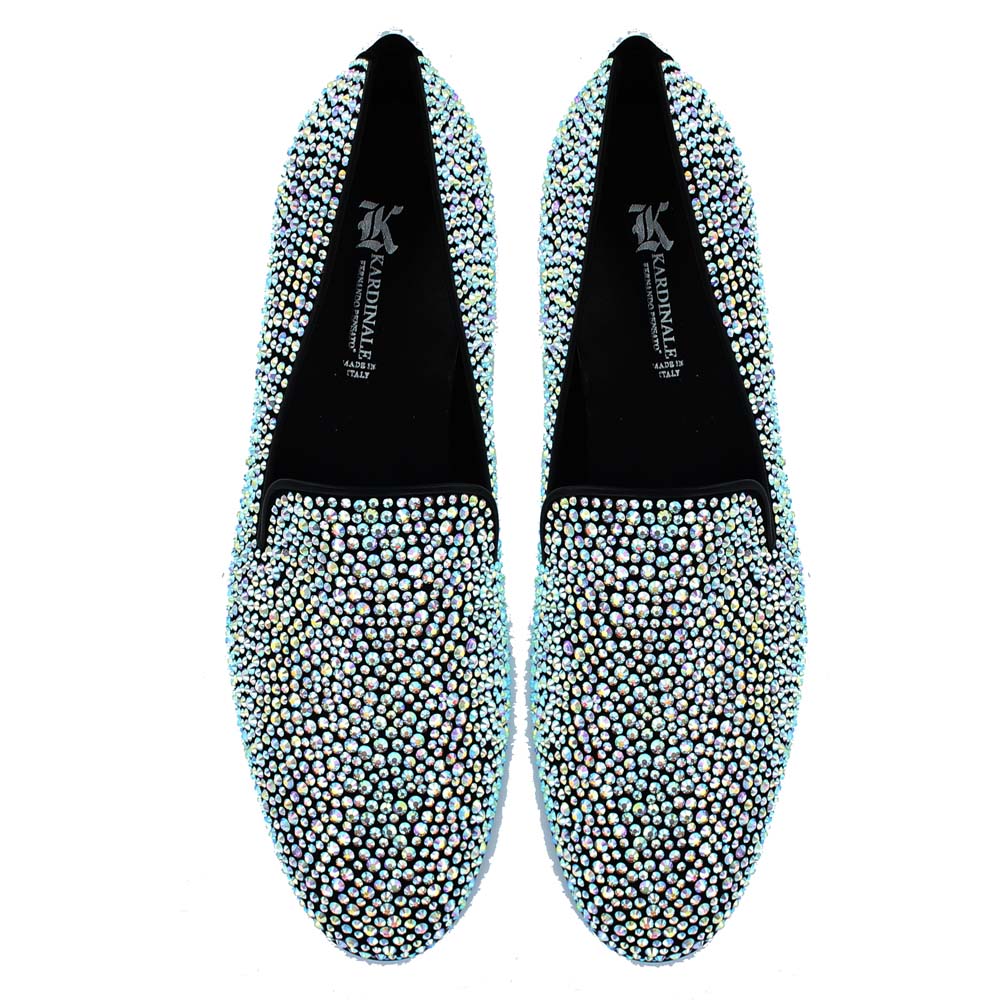 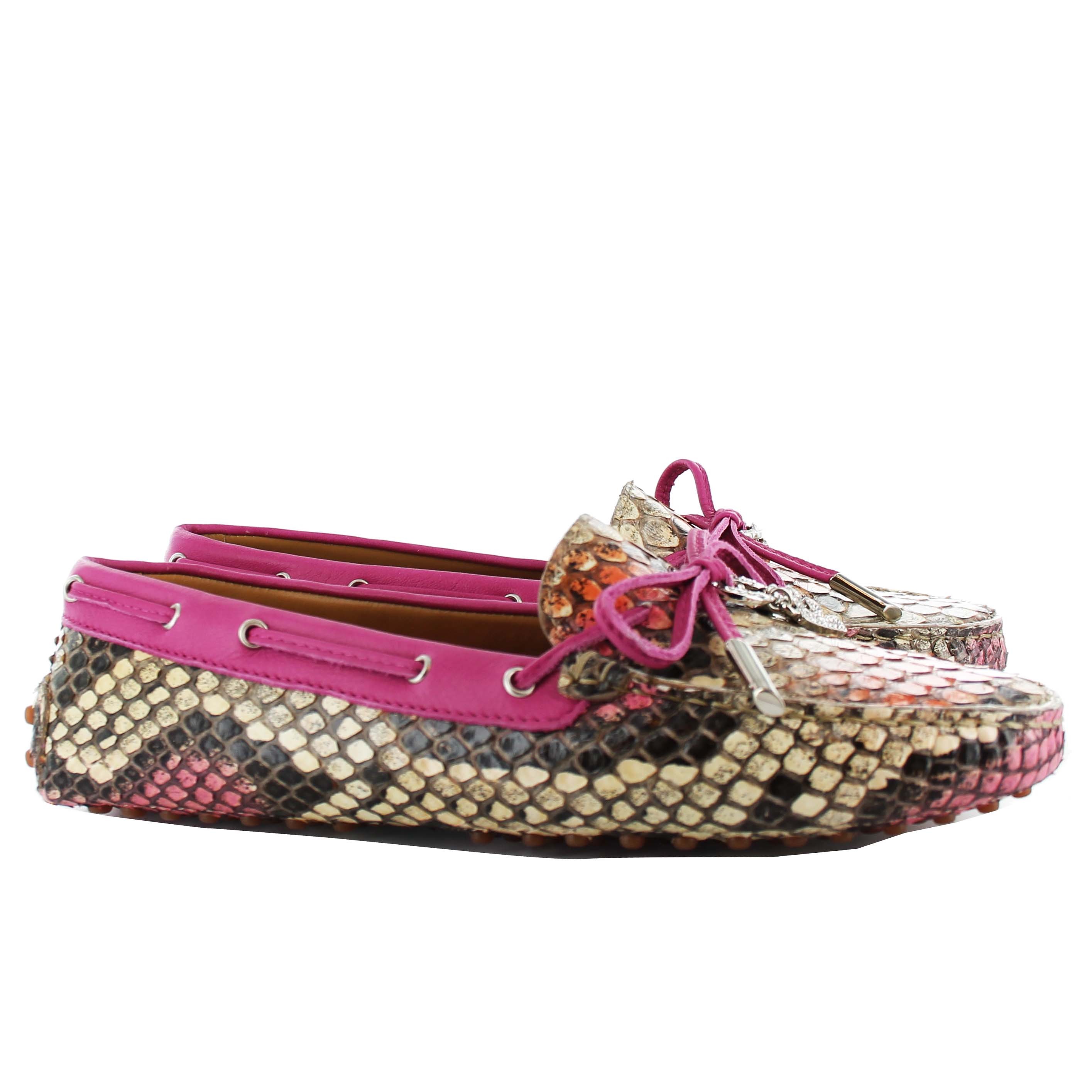 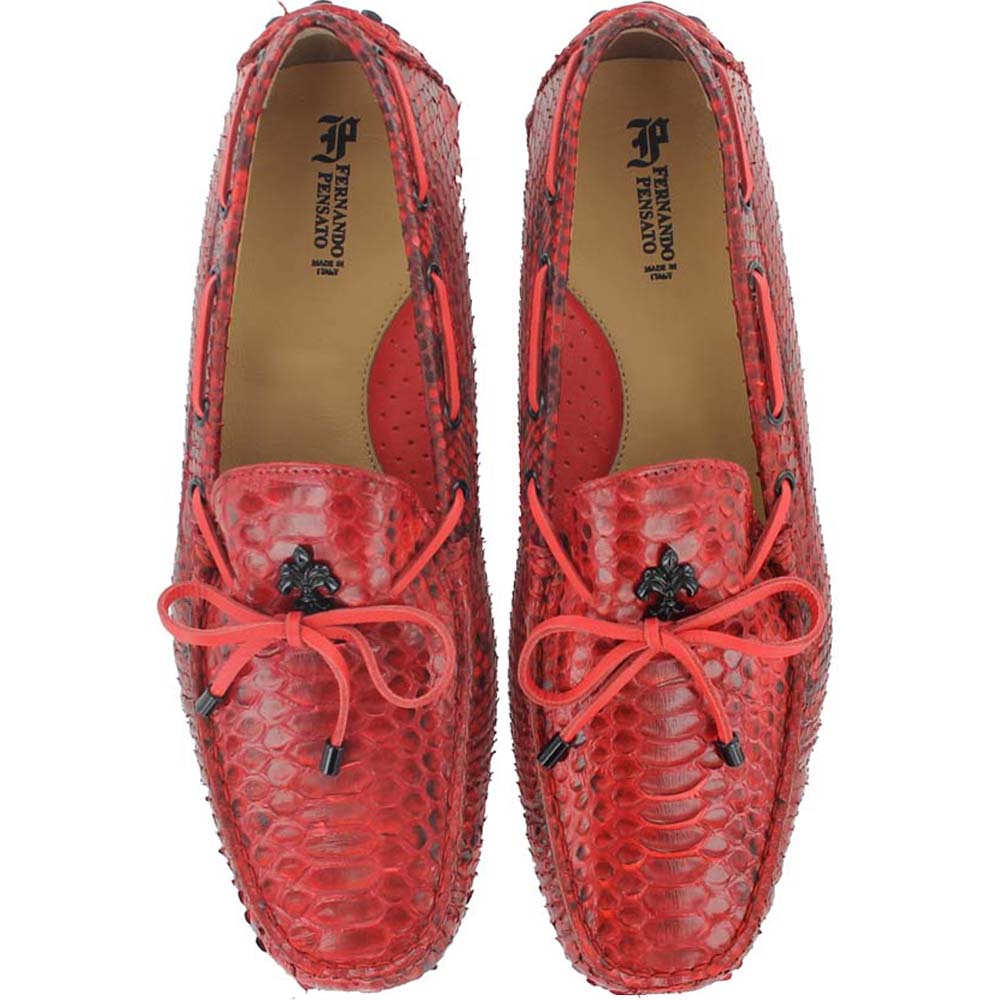 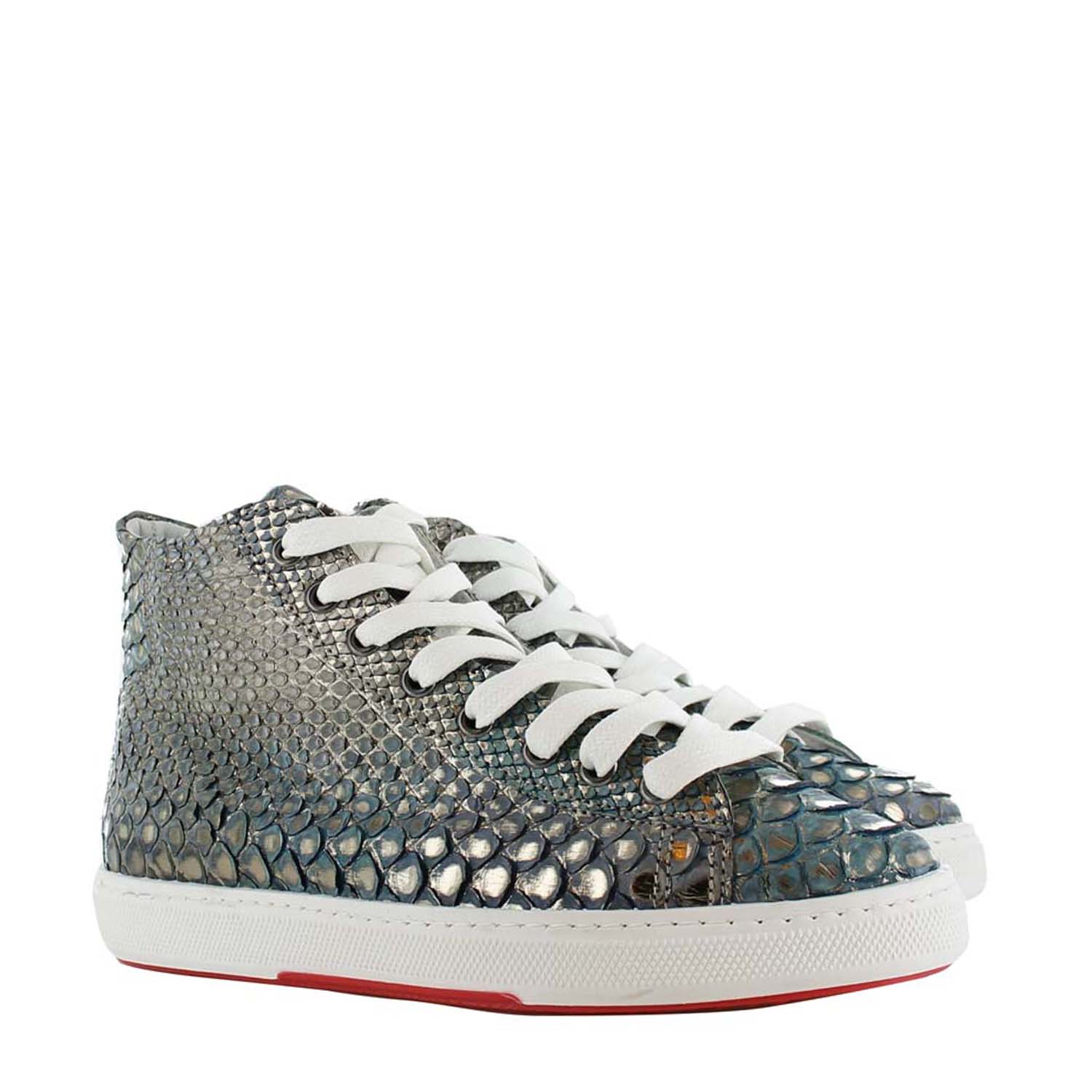 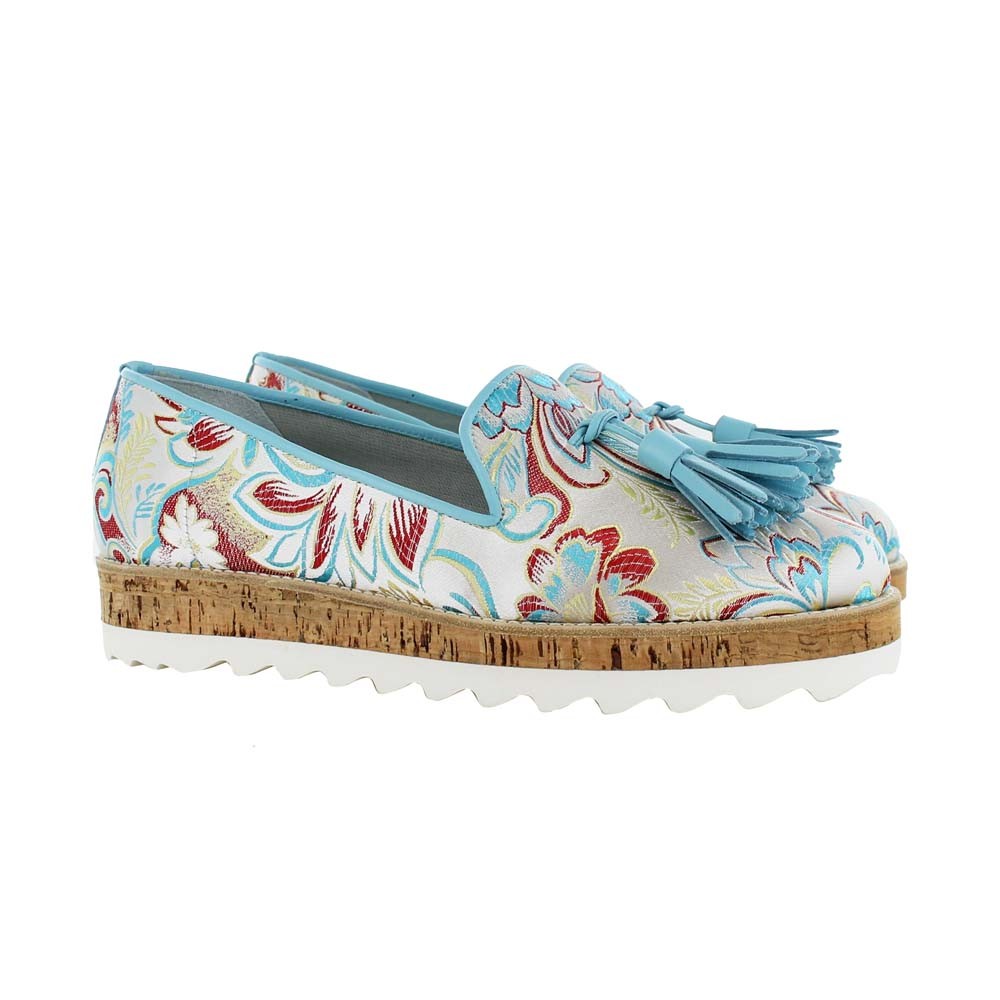 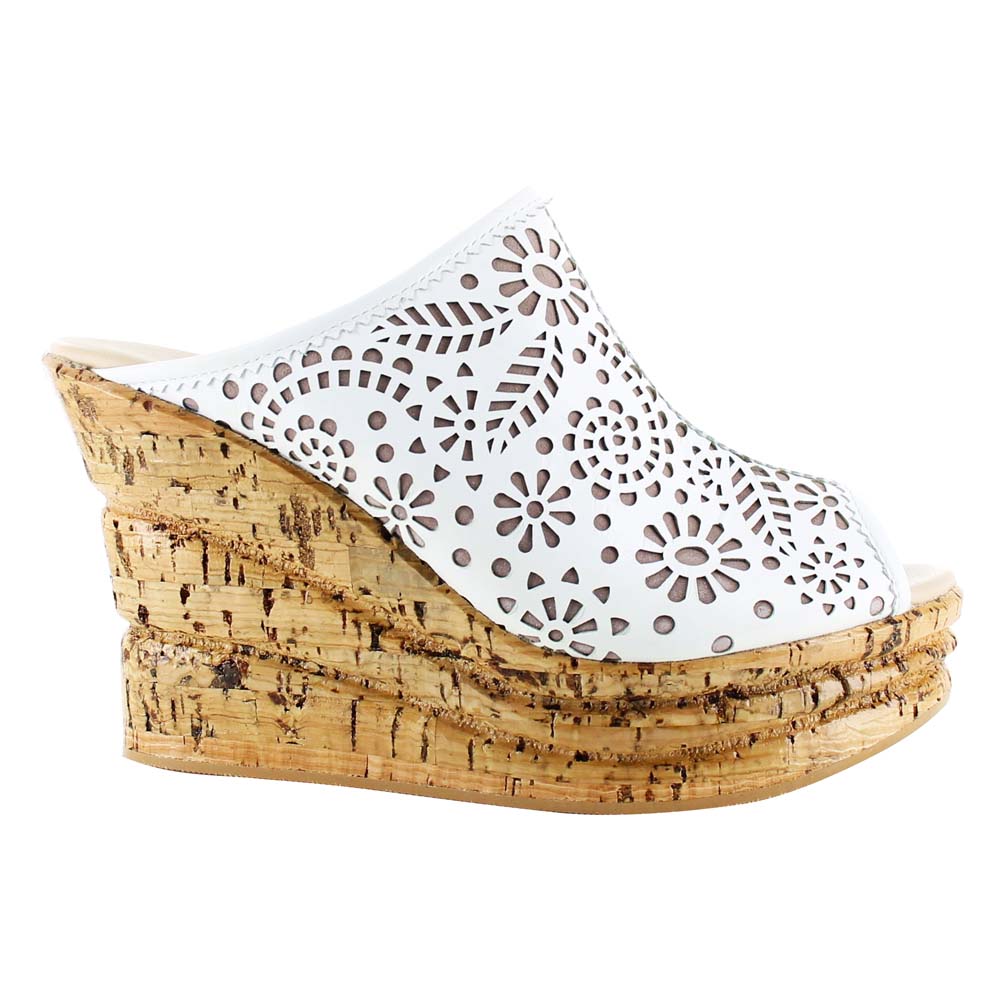 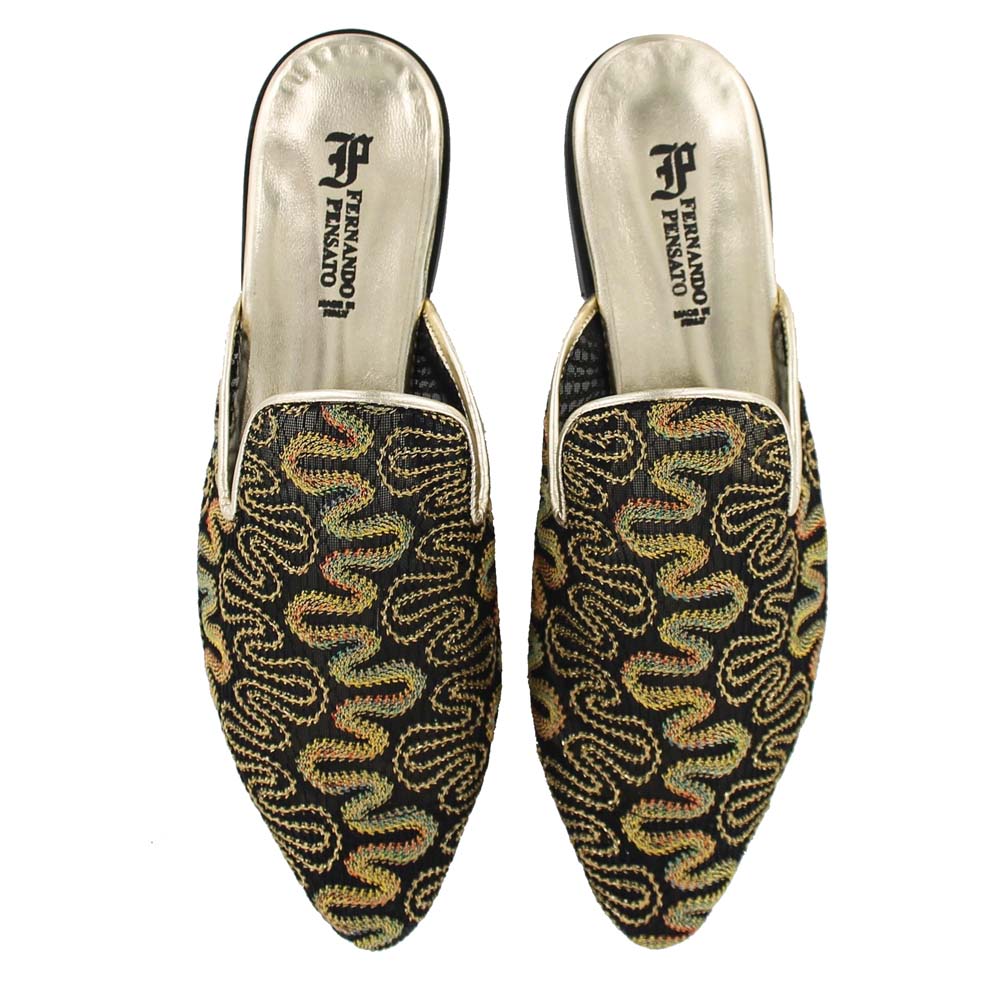