[On the cover: a model from PANCHIC FUTURE CITY event]

Panchic is a young brand that was born 10 years ago and has just celebrated this anniversary with a limited edition linked to new artistic expressions, illustration, and electronic music. The brand was born from scratch, but not from nothing, in that it has its roots in the Montebelluna district with a recognised tradition in après-ski and mountain shoes. The son of a shoemaker, Leonardo Dal Bello sought a new business model based more on the product than on the logo, at least in the initial phase. “I was fascinated by the case history of Swatch” explains Leonardo “born with a simple, colourful product that was highly appealing to the public. Our brand has colour in its DNA and the first P01 model was designed to be ‘season-less’ and for everyday use. Hence, the logo contains the names “bread” (pane) and “chic” because our shoe should not have been trivial, so we found a twist to make it recognisable through the coloured laces”. The P01, designed especially for the winter, was then joined by the P05 in a summer version and in the slip-on model with elastic lacing and EVA sole to make it more flexible, the P03 with a TPU sole and toe, the P19 which is a deconstructed line for the summer, made with natural materials such as cotton and with a contrasting sole, the P09 which is a hiking boot with a treaded rubber sole. “Now we produce 7 lines and 300 models for autumn-winter” continues Leonardo Dal Bello “and it was, thus, natural that we completed the cycle with a celebratory event that also coincided with our rebranding, new site, and focus on sustainability. Sustainability, more than a goal for us, was a starting point that already characterised the debut of the brand, thanks to a short supply chain, low environmental impact materials and, soon, the B Corp certification.”

The event for the tenth anniversary of the brand, organised at Tenoha in Milan, looks to the future and had the ‘Panchic Future City’ as its theme, with reinterpretations of the iconic P01 model in suede by the designer and illustrator Nico 189 and projections by the video artist Black Elephant AC where surreal avatars use the metropolis as their playground, while the electronic music composer Ital Oscillazioni reinterpreted the spirit of the brand through the underground sound of his analogue synthesisers.

Nico 189 has revisited the Panchic models with flower patterns, details of solar panels, or serigraphs which are then repainted by hand. There are also patterns printed onto the leather, with the sun, clouds, rainbow or flowers reproduced on regenerated leather. 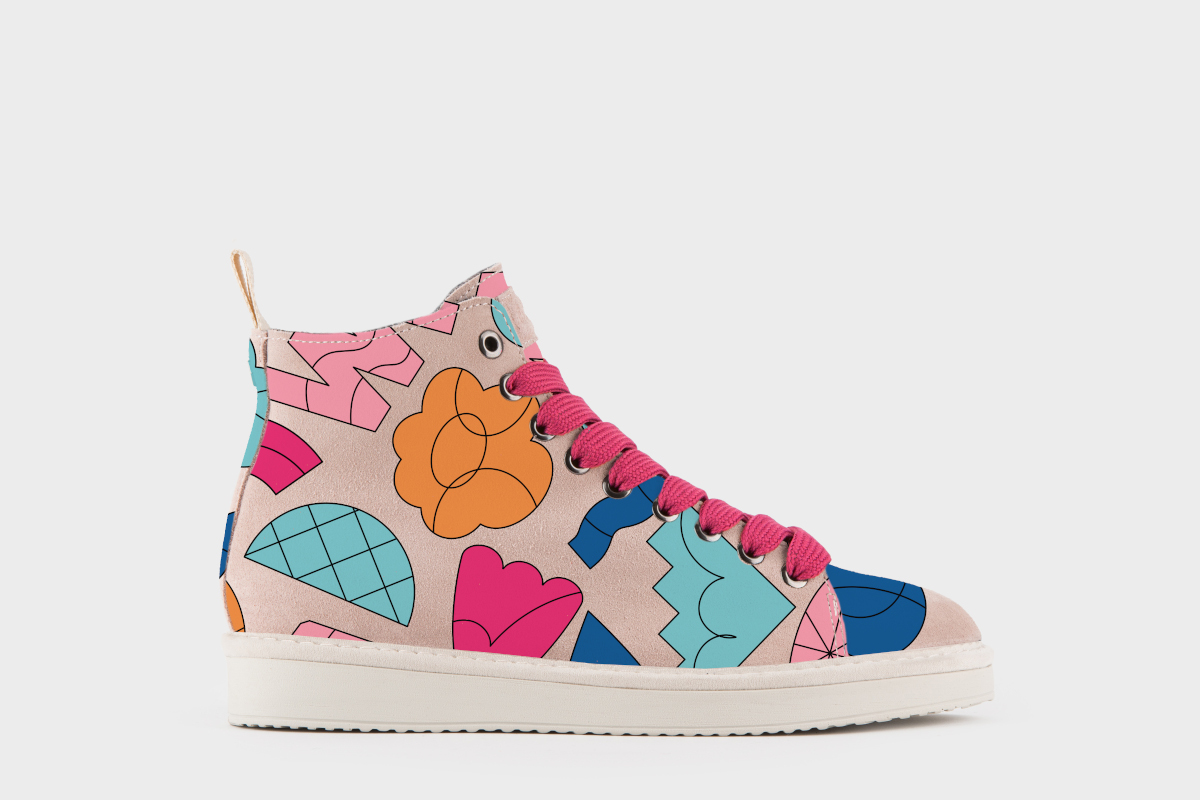 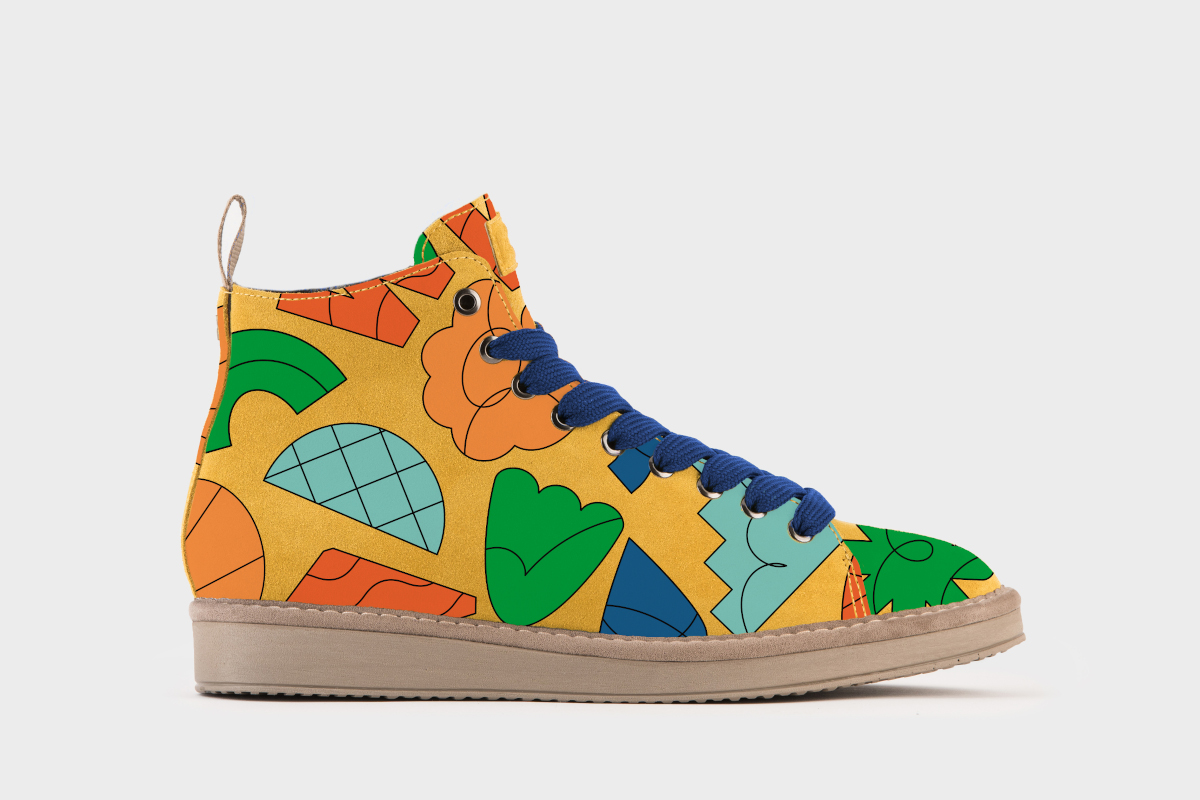 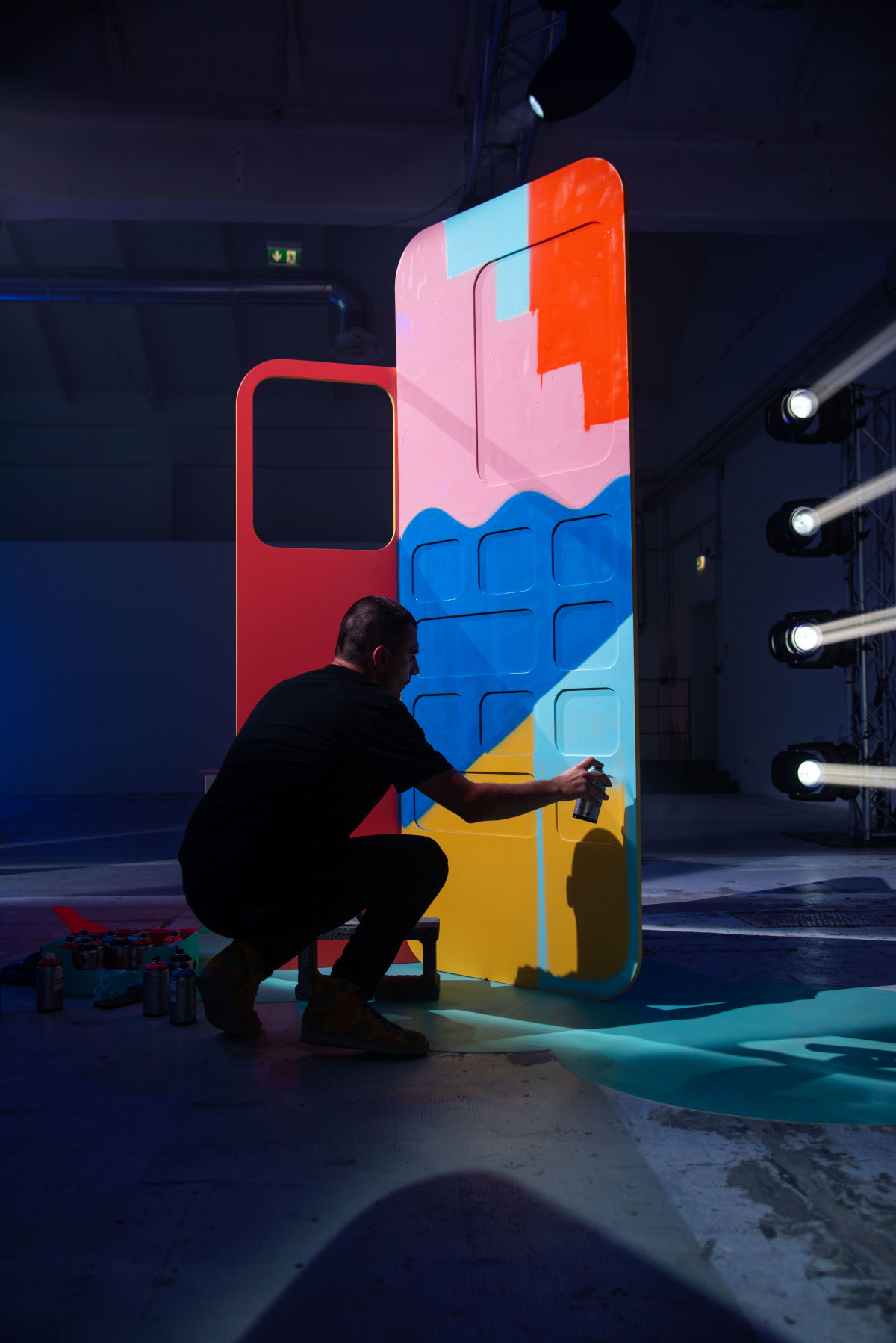