This story, unlike all the others we’ve recounted in the Heritage series thus far, is a contemporary one. More precisely, a story that started in September 2016 when at MICAM, in Milan, the attention of buyers from all over the world was grabbed by the stand of an, as yet, unknown brand: Lemargo.

Representing the brand are two youngsters, Caterina and Dino Leombruni, both in their early twenties but with deep roots in the footwear sector — roots dating back to 1928: the year in which their great-grandfather, Nazzareno Leombruni, created a tiny workshop in his home. 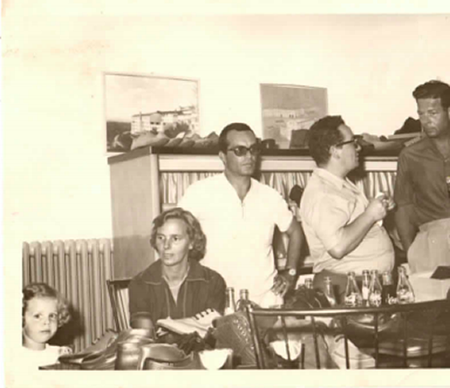 In Montegranaro — at the heart of the Marche region’s footwear district — in his home-based workshop Nazzareno made men’s shoes. First, for customers in the surrounding area, then for an increasingly wide audience until, suddenly, the business nearly closed due to the untimely death of its founder.
However, Nazzareno’s son, Leonardo — who at the time was working as a land surveyor — decided to take over the business and turned out to be an excellent entrepreneur, who was able to help the company reach new levels of growth.

From the small workshop, Leonardo Leombruni moved the shoe production to a much larger laboratory, that was at the forefront of the standards of the time. This was in the 60s-70s and most of the company’s business was manufacturing footwear for large groups and private labels.
However, a customer and friend from Ferrara suggested to Leonardo that he should establish his own brand. At that time, French brands were all the rage and, given that the friend-customer himself was called Ferramondo, the name Saint Ferry popped into Leombruni’s mind and, later, became the corporate name of the shoe factory. 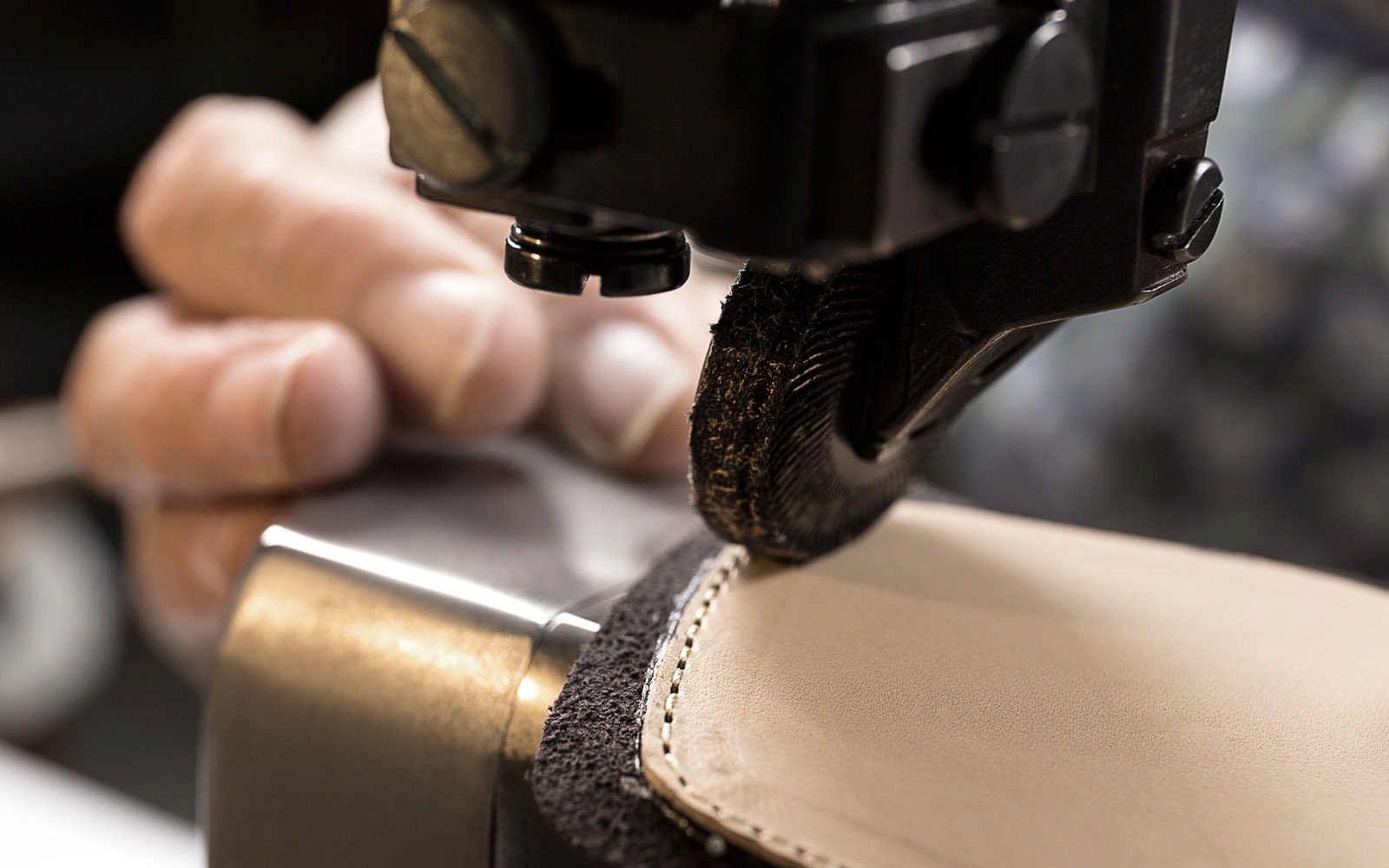 When Leonardo died in 1991, his two sons were already involved in the company, but, in the end, their lives took different paths and it fell to Marco Leombruni, together with his wife Gloria Guardiani, to manage the business.
In the 1990s, the brand Koil was also born, which targets mostly the Northern European market and, in 2011, a new larger and more modern factory was built to meet current production needs.

Meanwhile, Marco and Gloria paved the way for their two children to join the business, the fourth generation of Leombrunis: Caterina and Dino.
«We were practically born in the shoe factory», says Caterina to Italian Shoes. «When we were in secondary school, my brother used to go to work there over the summer. I, being better at languages and more suited to sales, at the age of 16 started going to the shoe fairs with my father. Slowly but surely, we learned the profession». 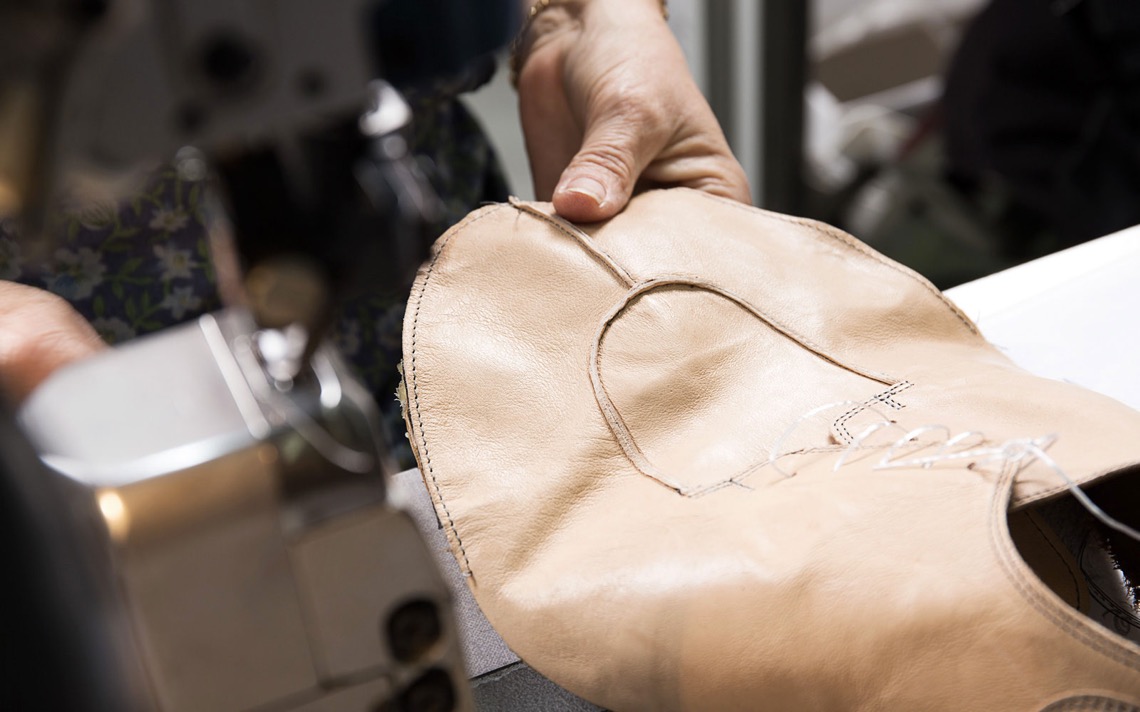 When they took over the business, in 2015, Caterina and Dino found a well-established business, but not one that reflected their interests very well. They decided to do something new: the result is Lemargo, which they describe as a “youthful whim” that then came into its own in the footwear industry and is now a well-recognised brand. The recipe: combining experience with a fresh outlook, reinterpreting the long and glorious experience of the family business to adapt it to their world.

Today, Calzaturificio Saint Ferry is entirely focused on the new brand, which immediately enjoyed international acclaim, positioning itself at the high end of the market.
Koil, which still exists, has been momentarily put to one side whilst any third-party activities related to the production are eliminated completely. 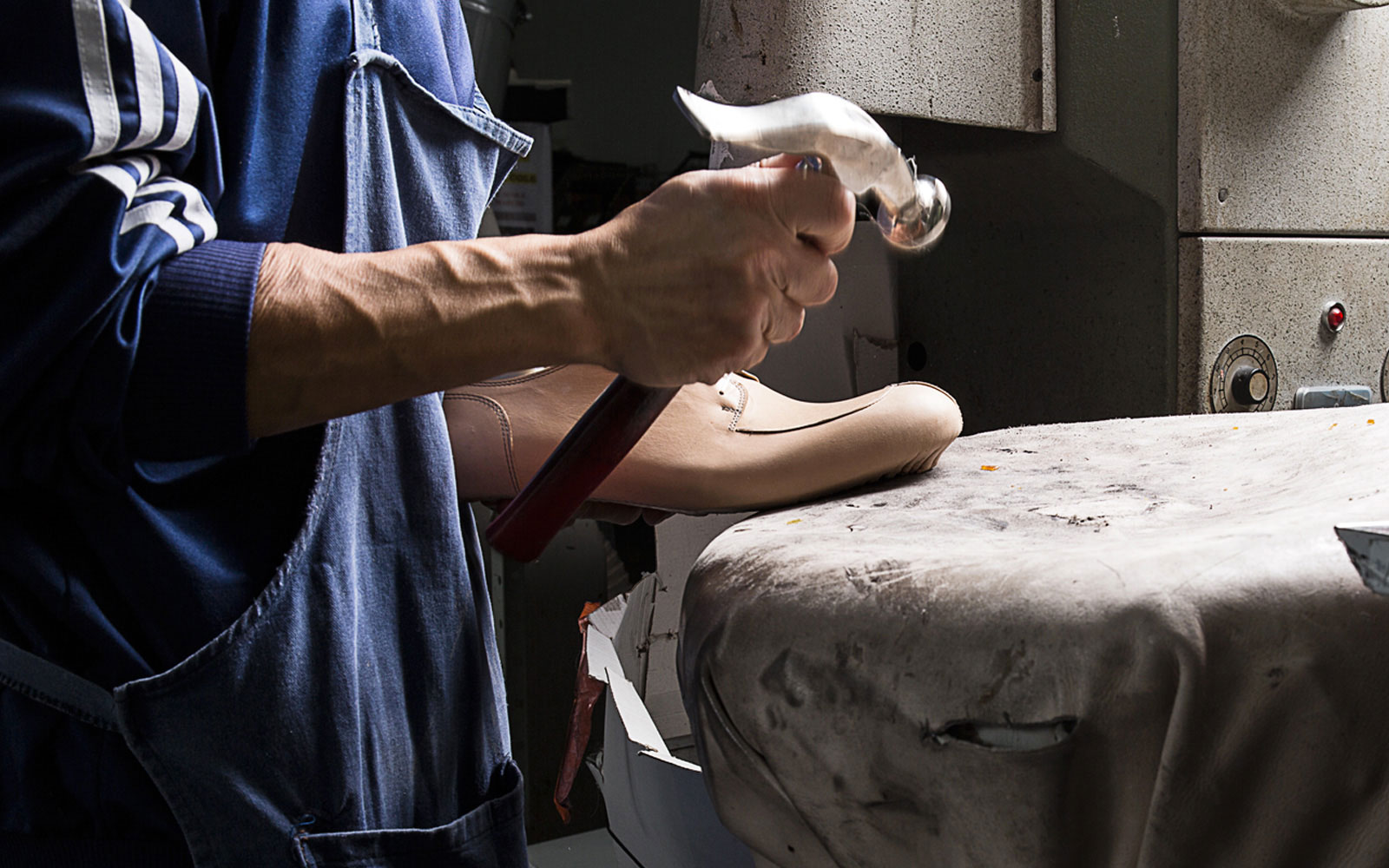 In terms of the product, Lemargo has been closely studied, down to the smallest detail.
«We wanted to make it special», explains Caterina Leombruni, who is now 27 years old, whilst her brother Dino is 24.
The workmanship is very particular. The shoes are made with high quality materials — leathers from calves, kangaroos, and horses — and with natural colours. The soles, too, are made with natural leather.
Then the shoes, once assembled, are placed, individually, into hermetically sealed cotton bags and are sent to a Tuscan tannery, where they are put into drums to be washed and coloured, treated with the traditional ‘textile dying’ method.
When they finally return to the factory, the shoes are wet and look worn. Once they have been dried, the finishing process begins. 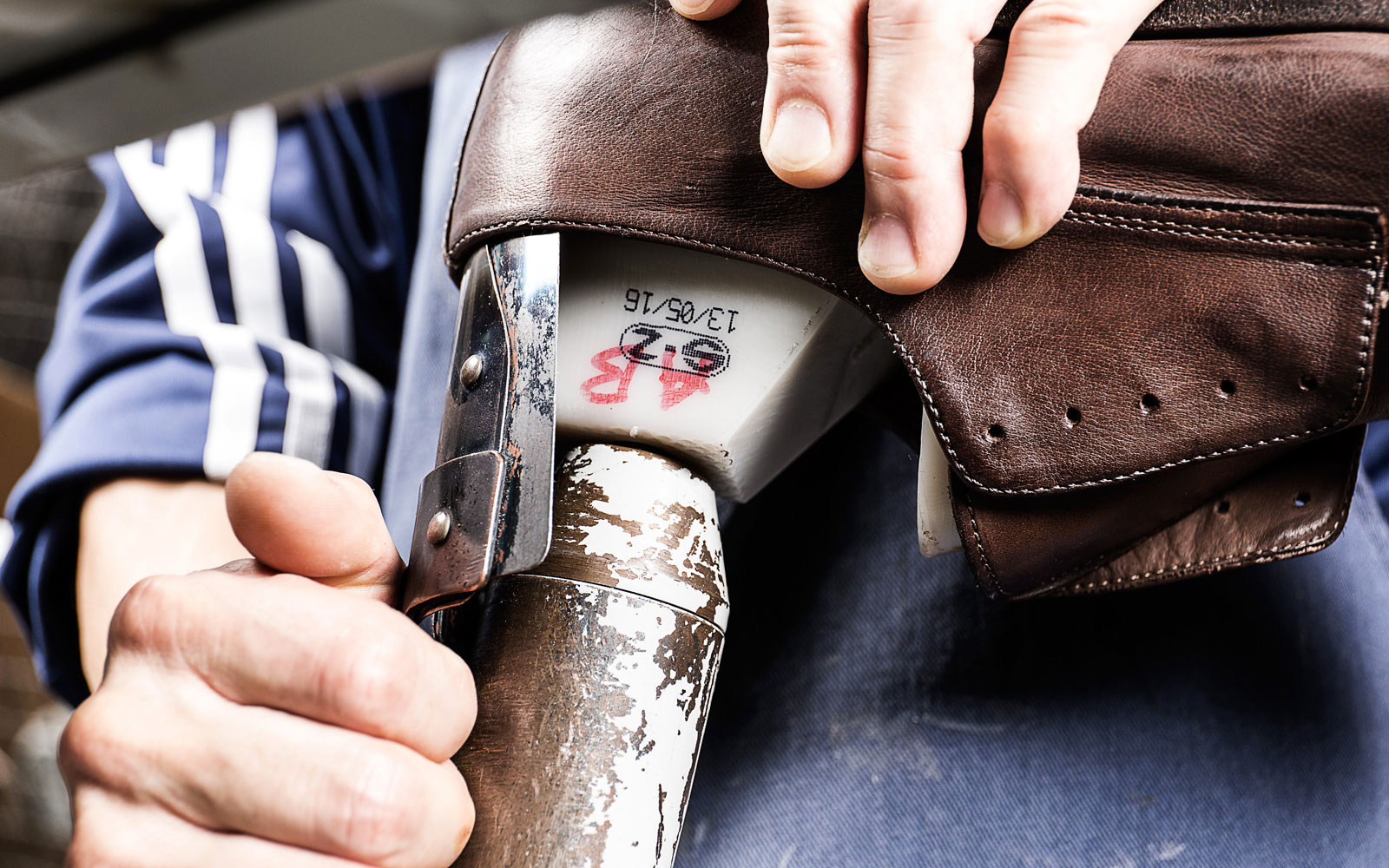 Lemargo’s trademark is the visible shank (the shank is a piece of metal inserted below the insole to support the arch of the foot: in practice, the spine of the shoe).
The idea came from a simple consideration: to make the product instantly recognisable, without harming the upper. It was Gloria, Caterina and Dino’s mother, who had the poetic idea, because showing the shank is a bit like showing, literally, the soul of the shoe.

The name also derives from this concept. The lemargo is a particular species of shark, with a fin that is reminiscent of the shape of the shank. 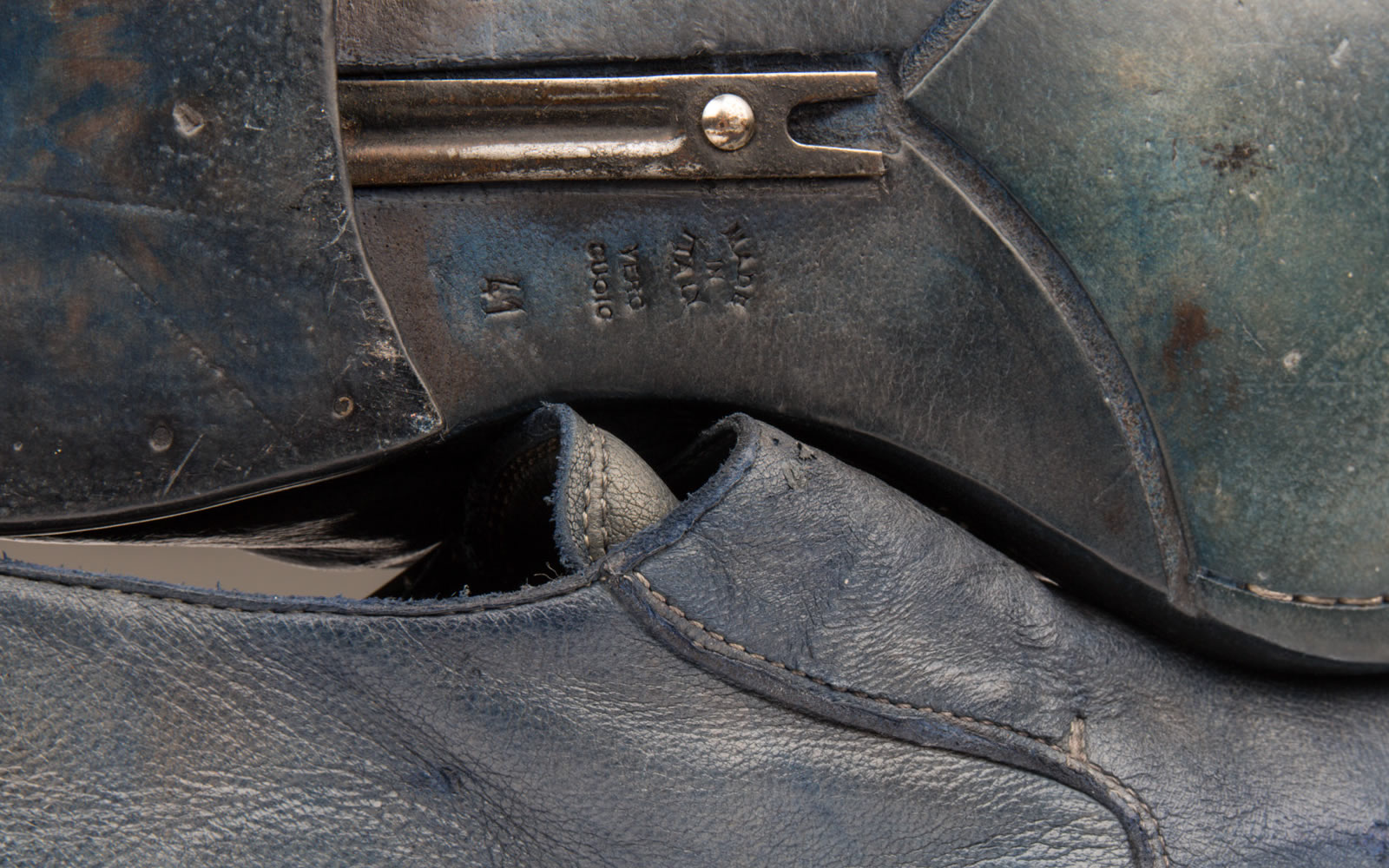 The defining feature of the company, today, is the family synergy. For the Leombruni family, the shoe factory is truly a home-away-from-home and they spend more time there than at their own places! All of them do everything, although of course each family member is specialised in his or her own sector: the father, Marco, is in charge of administration, the mother, Gloria, design, Caterina sales, and Dino production.
«Board meetings happen around the dinner table» comments Caterina, laughing.

This openness to exchange is just as acute with the company’s employees. «There are people who have been working here for thirty or forty years and my brother and I have been here for only five, so the first thing we wanted to do, when we came on board, was to watch and learn from these individuals with their rich experience», Caterina explains.

The company currently has around 30 employees, but this number is growing because the Lemargo way of working is slow and demands many different inputs and great talent. «From this point of view, the footwear district we are in is wonderful because there are many talented people who are able to keep up with innovations. Our strategy is very simple», reveals Caterina Leombruni, «you have to know how to reinvent yourself. You have to always look ahead. Then a little bit further ahead still». 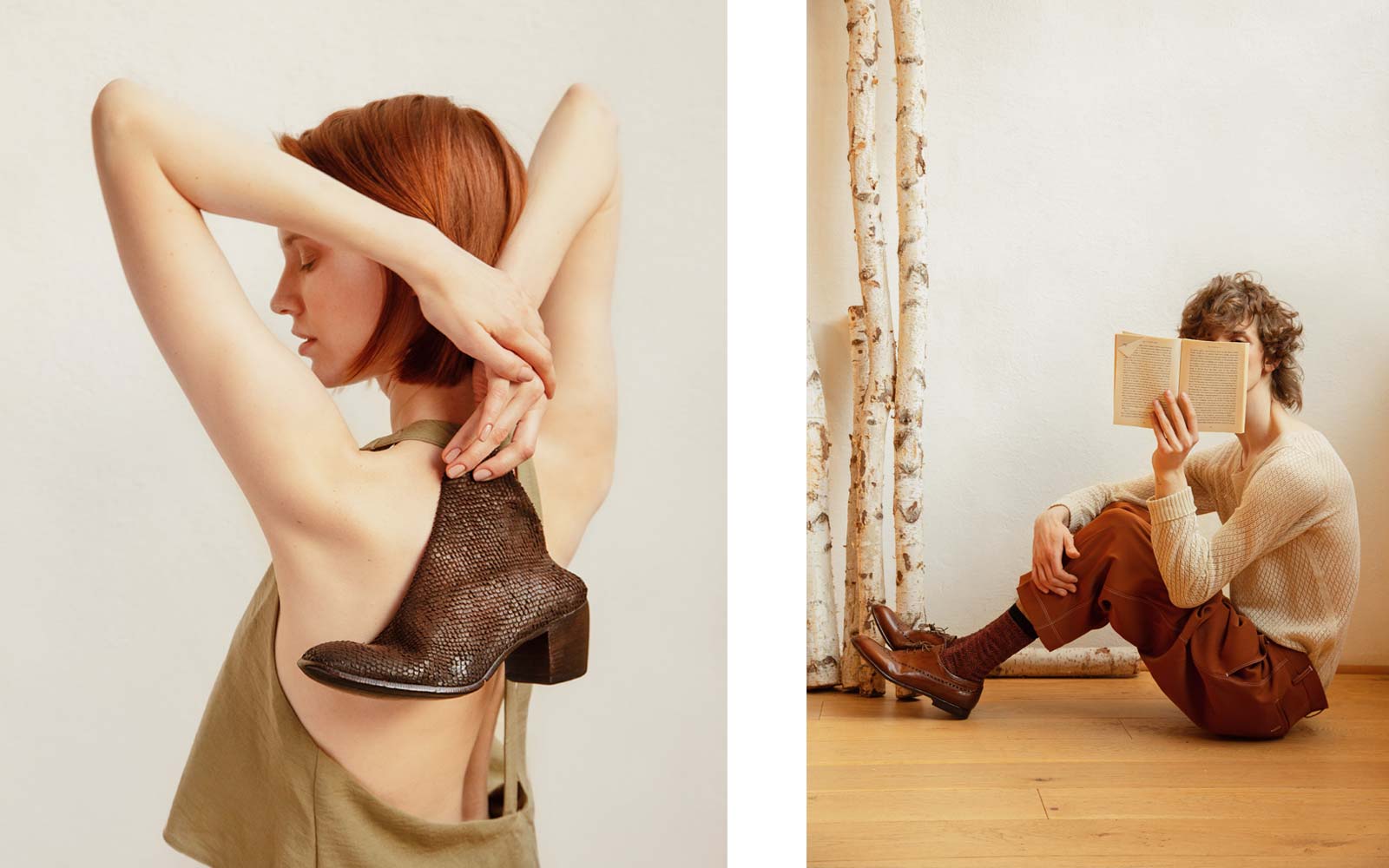 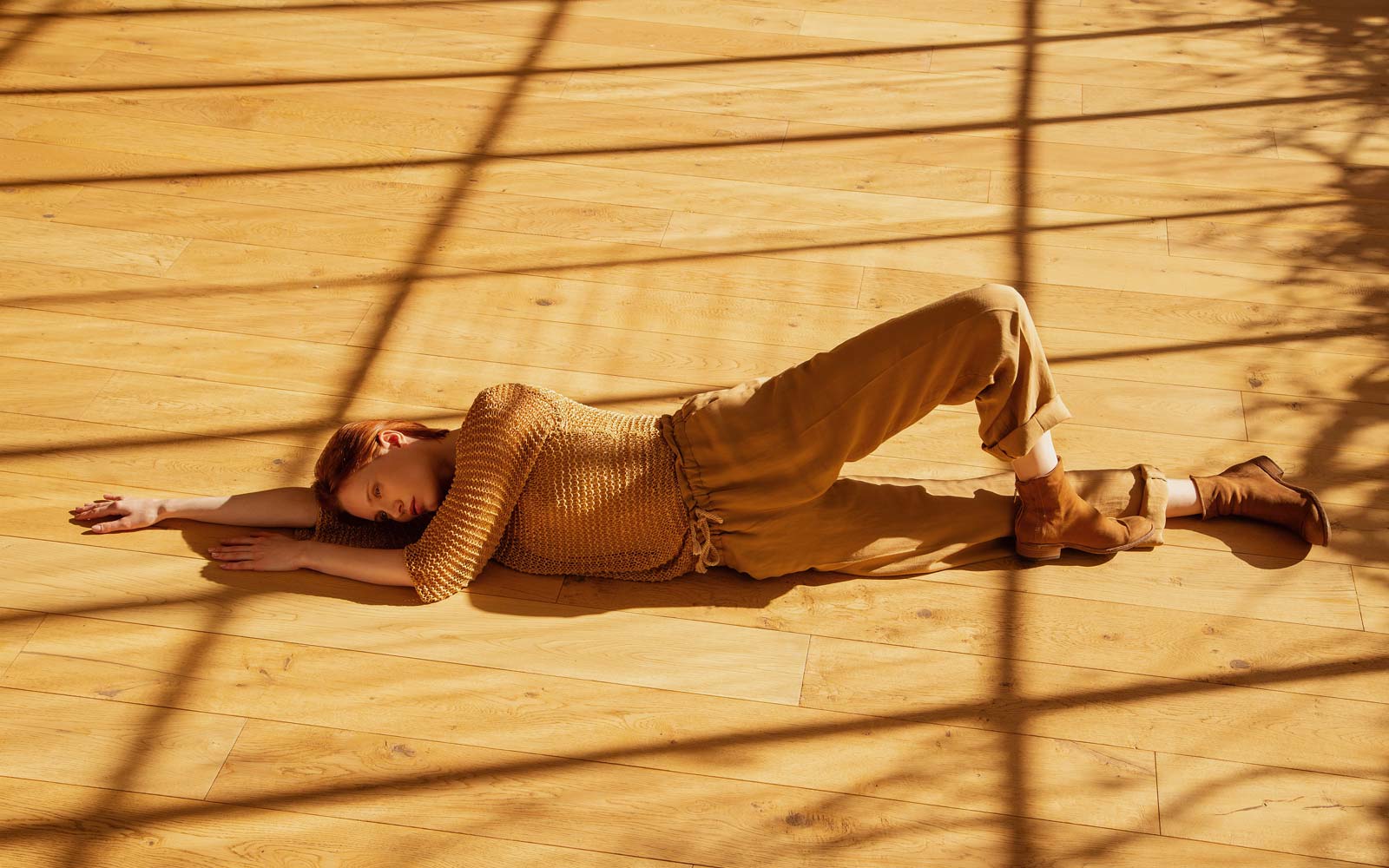 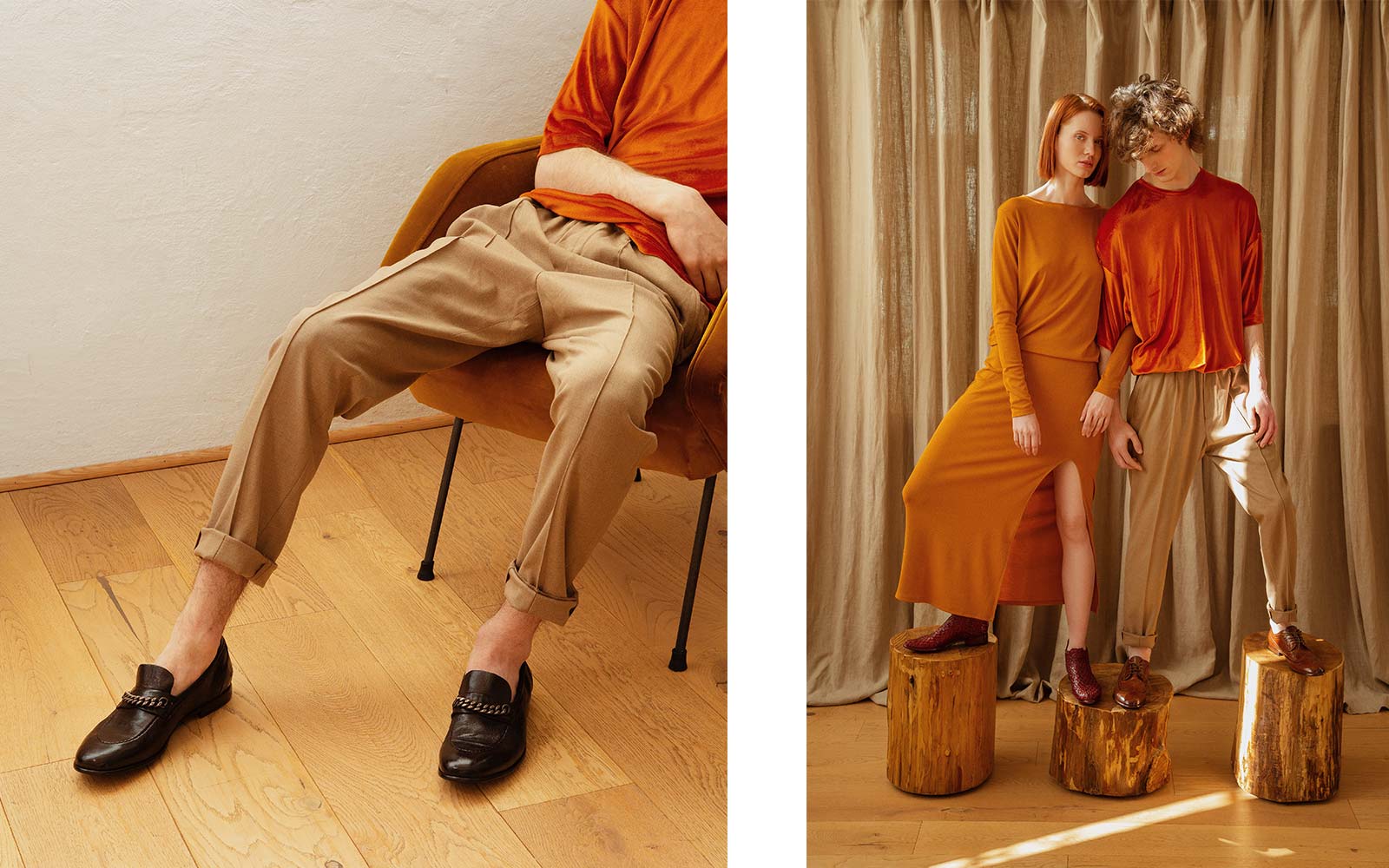 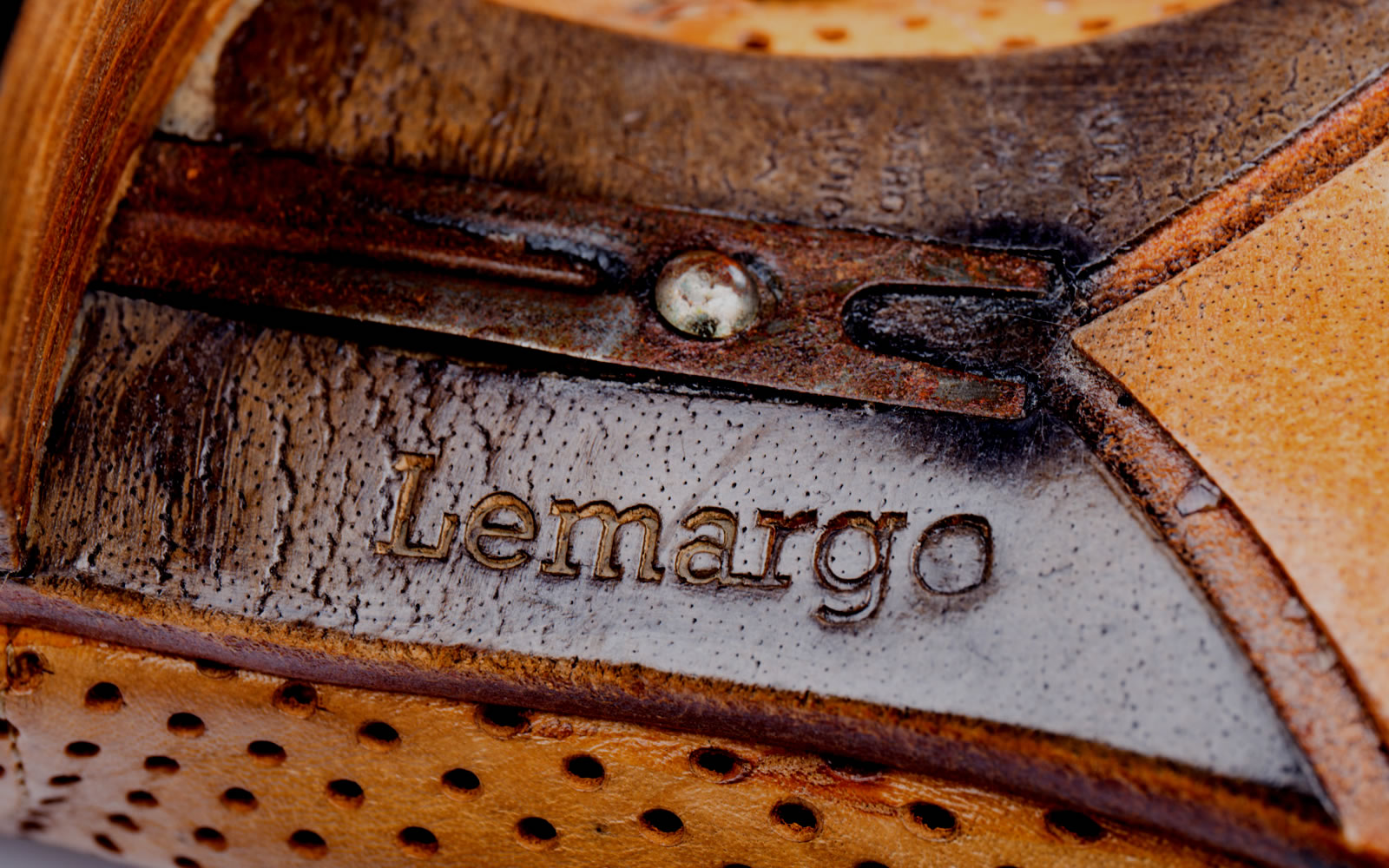