Short fashion "Cinque" was released in Rome and then in Florence.

Dopo After “Niente per Caso” [Nothing happens by chance], Cuoio di Toscana, the Tuscan leatherworkers’ association, promotes Italian-made shoes and one of their outstanding components, leather soles, in another short fashion film. “Cinque” was released at the Rome Film Festival in October and then at Pitti in January, during an evening at the Cinema Odeon in Florence when a project supporting Italian craftsmanship and quality footwear was also presented: a capsule collection created by Mario Bemer Firenze exclusively for Cuoio di Toscana, made up of shoes which are completely customisable with a virtual configurator developed by Bemer Firenze permitting more than 60 thousand different combinations for customising shoe styles, materials, stitching and colours.

“This capsule footwear collection,” explains Cuoio di Toscana president Antonio Quirici, “represents the natural continuation of Cinque as part of a wider-ranging project underlining the Italian tradition of craftsmanship and excellence, drawing attention to what is normally kept behind the scenes at the fashion shows: behind the shoes and fashions produced by the world’s greatest stylists is a lot of skilled manual work which has remained unchanged over the centuries”.

And underneath a quality shoe is quality leather, like the leather made by the seven member companies in the association, produced with slow vegetable tanning, a traditional process based on use of natural tannins from chestnut wood, mimosa and quebracho.

The short fashion film is a modern way of underlining these traditional qualities. Cinque, produced in partnership with MICAM Milano and Unic, focuses on different forms of craftsmanship, interpreted as five states of the mind or places of know-how, once again featuring Caterina Murino playing a modern Alice in a “Wonderland” where the focus is not only on leather, but on Italian excellence in every field, venturing into artisans’ boutiques, under barbers’ blades and behind the stove with chef Simone Rugiati, as well as visiting Italy’s nature reserves.

The film, presented in Florence in an evening of entertainment featuring Patty Pravo, may be viewed at http://cuoioditoscana.it/film/. 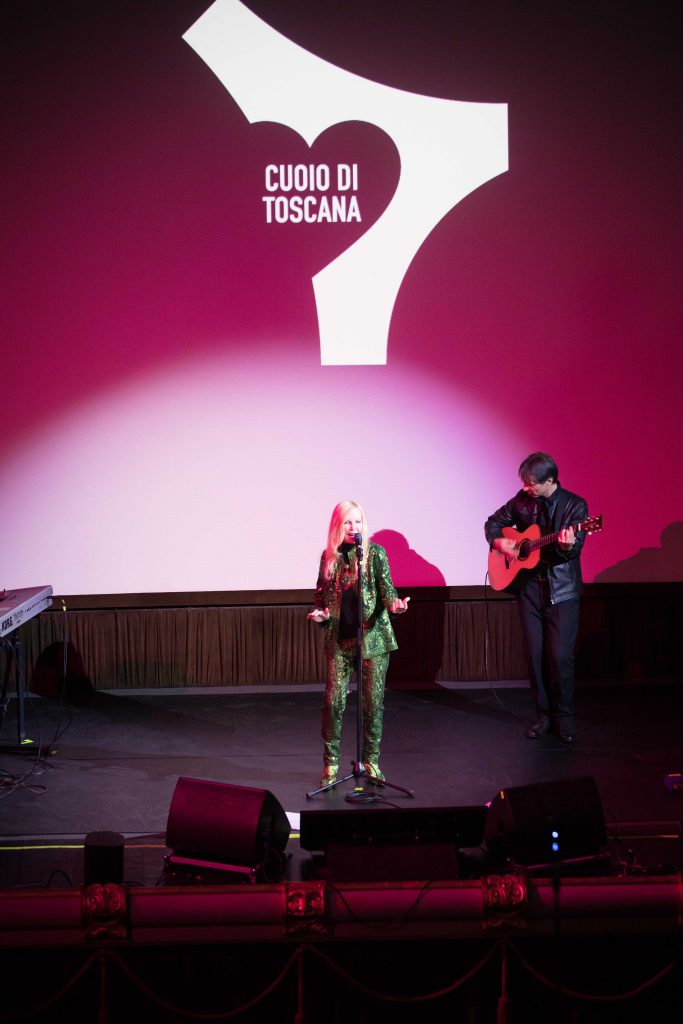