The British designer has launched his first sneaker produced in Italy

Deconstructing, enlarging and reassembling are the parts of the creative process that guided Jonathan Anderson in the launch of his first sneaker. After years of collaboration with successful brands, the time has come for the British designer to add a trainer in his JW Anderson brand, starting with next winter’s men’s collection. “I thought of a primitive form of craftsmanship in which leather meets canvas” – explained the designer – “I like how the rough stitching alludes to the hands that made the shoe. This balances out the more technical side of shoe design. I like that they are revised and raw.” The details are exaggerated and the upper is embossed, underlined by colours and materials combined in blocks. Leather and canvas contrast in the uppers, which are available in purple, green, orange, brown, total black, or white on white. 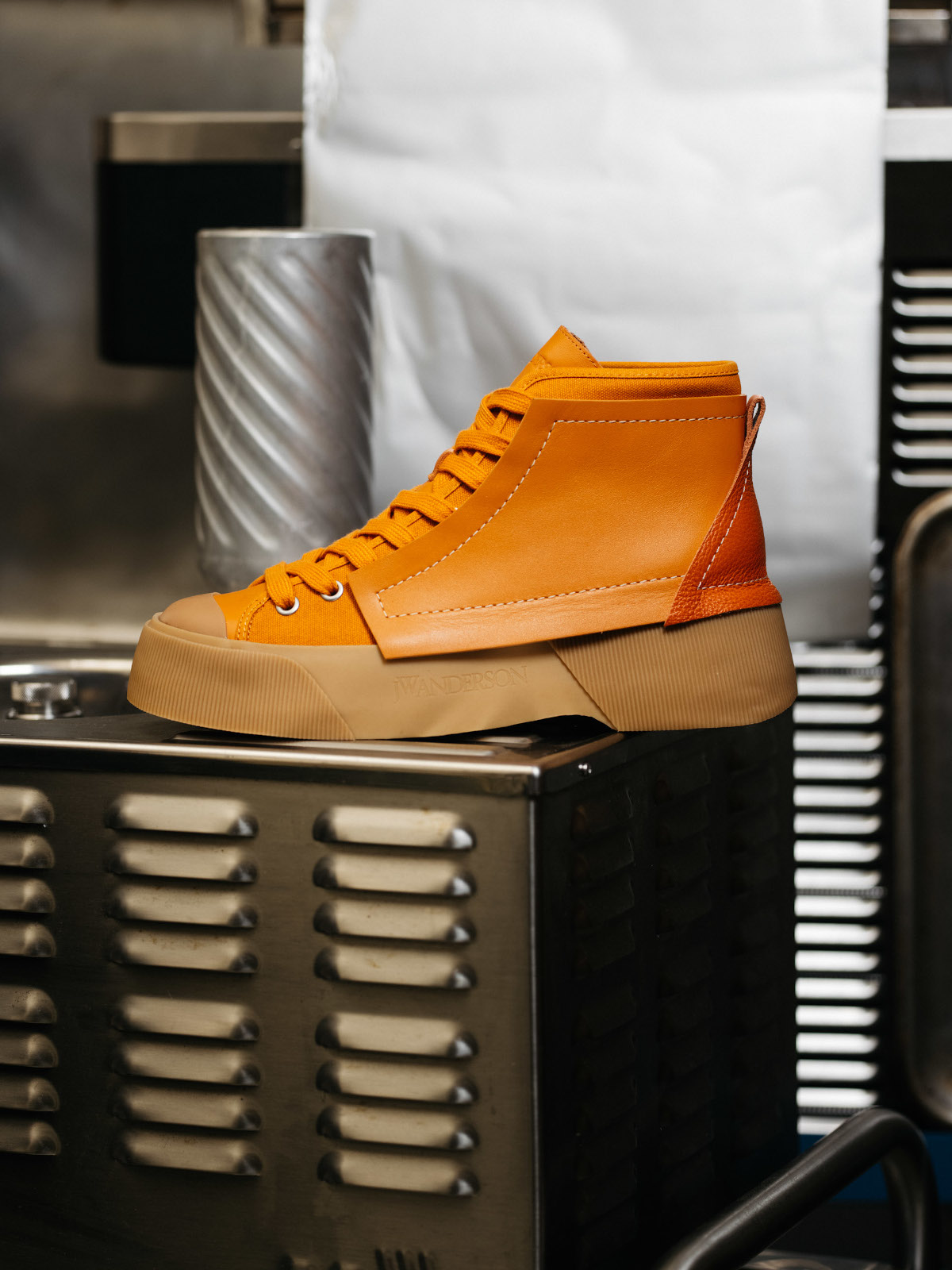 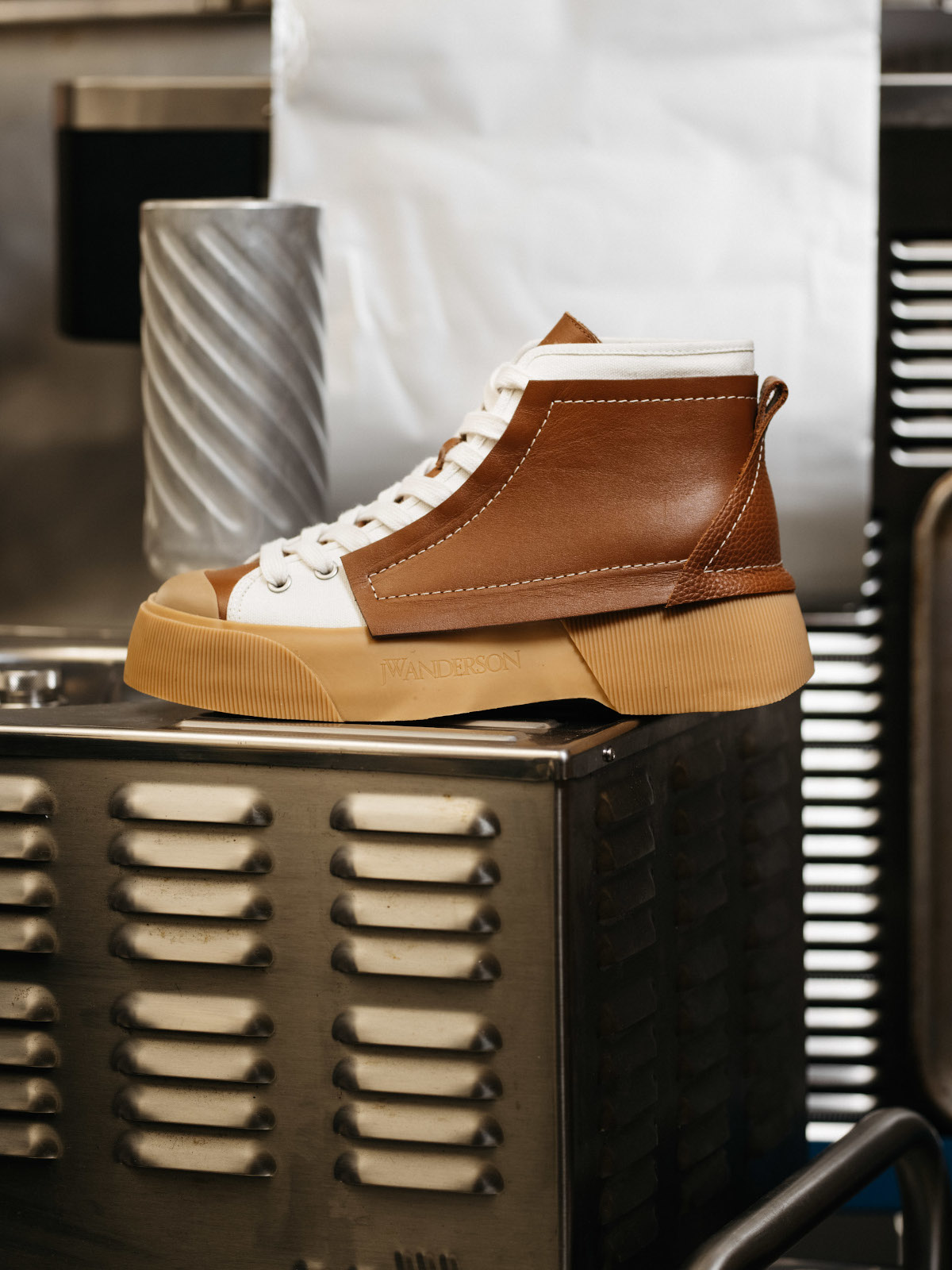