Known the world over as one of the symbols of Italy, today the Maison continues to uphold the standards of quality and excellence instilled by its founder.

Keeping its feet still firmly on the ground – footwear in fact remains its core business – the Salvatore Ferragamo Group that celebrates its 90th anniversary in 2017, remains firmly rooted in ‘made-in-Italy’. In fact, ever since the 60’s, its whole product range – from accessories to men’s and women’s clothing – has been crafted by carefully selected and loyal manufacturers and workshops. Even today, when the Group – listed on the stock exchange in 2011 – has a turnover of 1,438 million euro generated in the 90 countries it operates in.

The presence of Ferragamo’s descendants in the organisational structure ensures that brand values are upheld, while the company’s new course was confirmed last August with the appointment of Eraldo Poletto as Managing Director. 2016 also saw a number of changes in the creative department: Paul Andrew became the creative director of Ferragamo’s women’s shoes collection, Fulvio Rigoni was appointed womenswear Design Director while Guillaume Meilland became the new designer of its men’s ready-to-wear line.

Pioneer not only in design and in materials

Salvatore Ferragamo was a great experimenter and precursor of the use of new materials in shoemaking. Certainly, the period of autarchy and economic isolation in which he lived did not offer leather shoe makers many opportunities, but Ferragamo did not lose heart: he found ingenious ways of utilising alternative materials for the uppers, such as nylon thread for fishing lines, cellophane, raffia, braid and felt. He also made up for the lack of good quality steel (it was late 1936) needed for the heel shank by inventing the wedge heel, creating a shoe that was far removed from the prevailing taste of the times.

Since then a lot of fashion has flown under the bridge, but those materials and those wedges have inspired many shoemakers and designers over the years and are still very up-to-the-minute. This pioneering spirit remained alive within the company even after the death of the founder (in 1960), manifesting itself not only in the field of creativity. For example, in the company’s international vocation and in distribution: Ferragamo was in fact one of the first brands to open to the world, starting to export to the USA back in the Fifties, to Japan at the end of the Seventies to China where its first shop opened 1994. Today Ferragamo has around 680 mono-brand stores worldwide. 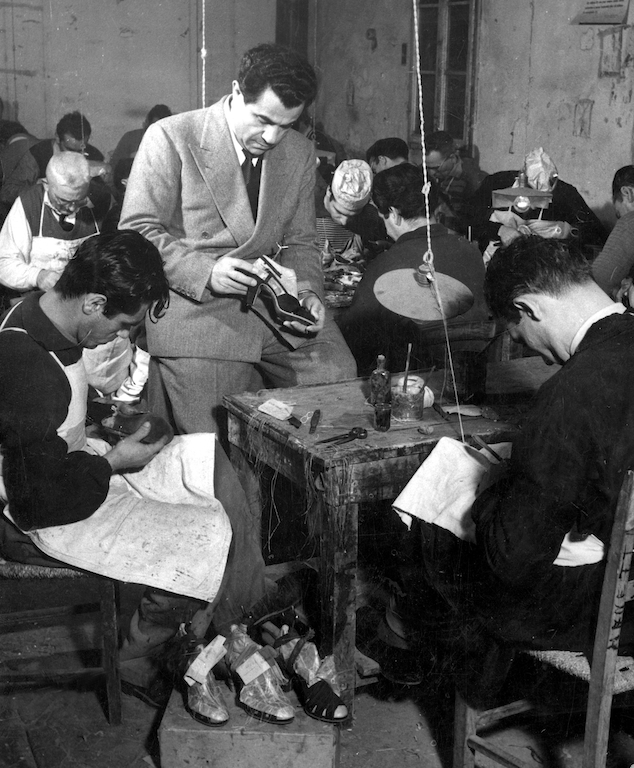 Today, around 90% of the Group’s total turnover is generated abroad where the brand is appreciated for the added value that comes from the made-in-Italy label and from the handcrafting processes used by skilled artisans, which are still maintained in the shoemaking industry. In men’s footwear, for example, the tramezza welting technique represents the top of the line: this process is suitable for various models, but the common denominator lies in the way it offers long-lasting form and perfect bonding of sole and upper.

Then there are other iconic elements and evergreen models that keep coming back season after season and make the fashion label instantly recognisable, like the grosgrain bows on the Vara and Varina shoes, a classic model (Vara) reinterpreted in a more modern key (Varina). In Varina, the slimmer lines of the original model have been adapted to the silhouette of a ballerina flat shoe, with the signature gold-tone metal buckle and fabric bow at the vamp, with the grosgrain ribbon sewn onto the upper. Another symbol, almost a logo, is the “gancino”, a little metal clasp that originated in the Seventies as a closure for bags and since then has appeared on other accessories such as shoes.

Needless to say, platforms, wedges and stiletto heels have always been the brand’s signature styles. In his autobiography, Salvatore Ferragamo claims to have invented stiletto heels – half wood and half aluminium, to prevent them breaking at every step – way before they became fashionable, but that he had to wait for the right moment to launch it on the market. Many of these historic iconic models are reproduced in the Ferragamo Creations collection, a real journey through the history of the “shoemaker of dreams”. 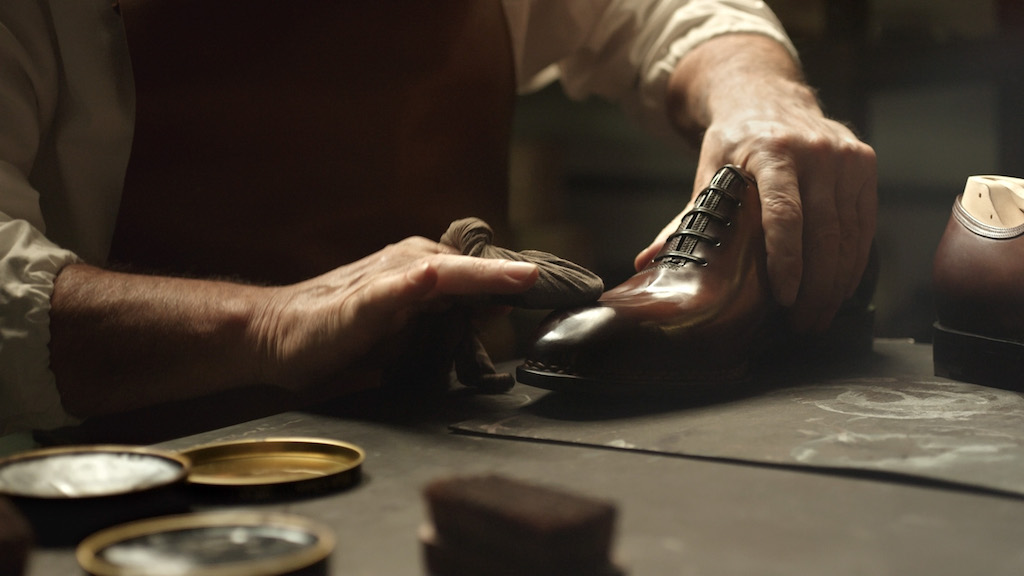 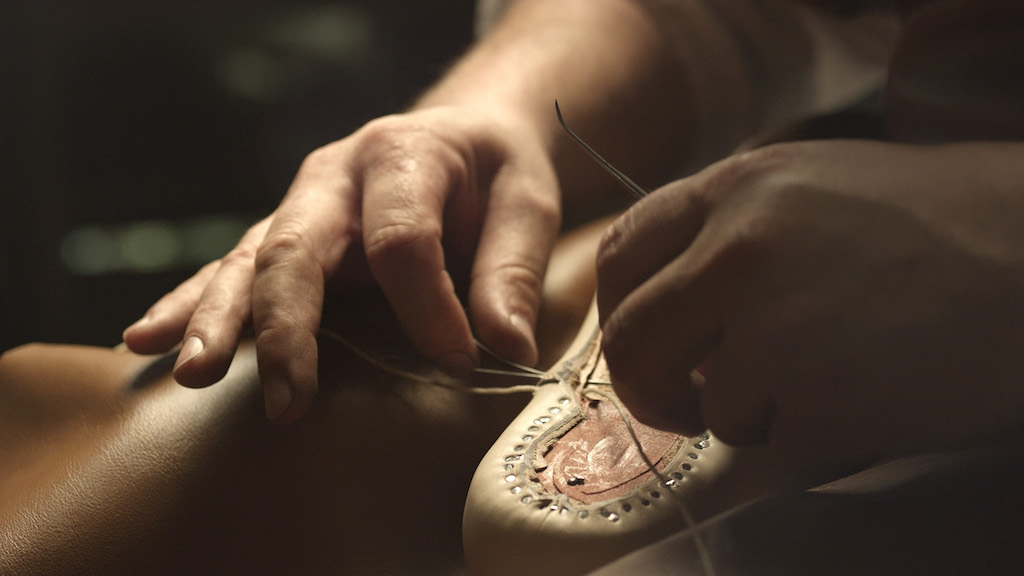 Links between culture, art and cinema

If one of the reasons for the exceptional success of ‘made-in-Italy’ is that, in addition to regional manufacturing excellence, it can draw on a unique historic and artistic heritage, then the Ferragamo brand represents a perfect combination of these elements. A mix which over the years has led it to sponsor various cultural and artistic initiatives both in and outside Italy. For example, in 2012 it was the sole sponsor of the exhibition “Saint Anne – Leonardo da Vinci’s ultimate masterpiece” organised at the Louvre museum in Paris to celebrate the restoration of The Virgin and Child with Saint Anne. On that occasion, Ferragamo showcased its Resort Collection at the museum – the first time the Louvre has ever hosted a fashion parade.

In Italy, amongst various other initiatives, the company has sponsored several restoration projects in Florence, including eight rooms in the Uffizi Gallery, without mentioning its donations to the Fai (Italian National Trust) and Municipality of Florence for important renovation works. But one of the biggest feathers in its cap remains the Salvatore Ferragamo Museum in Florence, which opened in 1995 and occupies nine rooms in the Palazzo Spini Feroni. The footwear collection is able to draw on the 14,000 models created during the founder’s forty years of activity (from the Twenties to 1960) and the most outstanding models made by his daughter Fiamma, as well as shoes produced more recently. But there is more than just culture and art in the DNA of Ferragamo: there is also a close connection with the world of cinema.

When Salvatore Ferragamo moved to America at the beginning of the 1920s, he came into contact with the Hollywood movie industry and the celebrities of the moment, who were fascinated by his creations. A liaison which carried on even after his return to Italy in 1927 and which continues today, through the placement of Ferragamo products in films, the most recent being Inferno in 2016.

The Body And Its Aesthetics 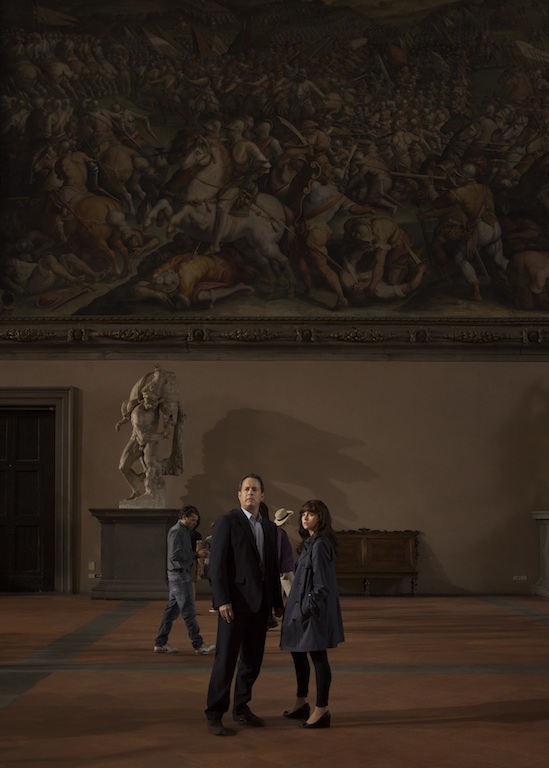