Shoes are a fundamental accessory to enhance the wedding look

[On the cover: ‘Bride in the City’, the event in the city of Milan]

Everything revolves around the dress on the day you say “yes”, but shoes also play an important role. In fact, a photo, reposted on social media, of the shoes worn by Nicola Peltz during what has been unanimously defined the wedding of the year (the groom, you know, is Brooklyn Beckham), was enough to bring attention to the accessory. From the Valentino Haute Couture dress sprouted a pair of white satin shoes by Versace, with a square toe, double platform, and a massive high heel, a model belonging – in other colour variations – to the Medusa brand’s 21/22 collection. Definitely a far cry from traditional bridal shoes which are usually sandals or high-heeled pumps with a point and a thin heel, this model will surely make many converts amongst young brides. It is true that the platform, in a more contained height, is present in the collections of specialised footwear brands for brides and was also seen on the catwalks for 2023 that animated the ‘Si SposaItalia Collezioni’ event which took place in Milan from the 1st to the 4th of April. To accompany dresses with a neo-romantic allure, light and impalpable, or more daring with high slits, with the corset bustier that emphasises the silhouette, with short skirts or asymmetrical hems, there are classic models of footwear, but also shoes that contrast with the white dress, which give a touch of colour to the outfit. Not to mention the Cuissard boot that Enzo Miccio wore with an unusual outfit. 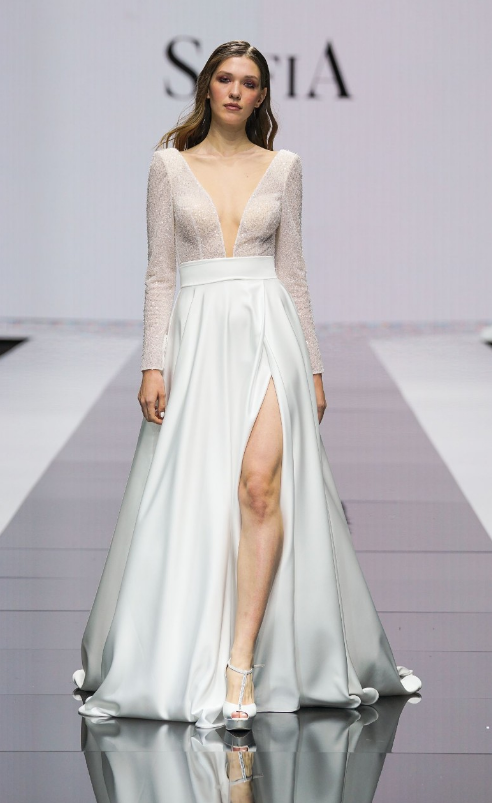 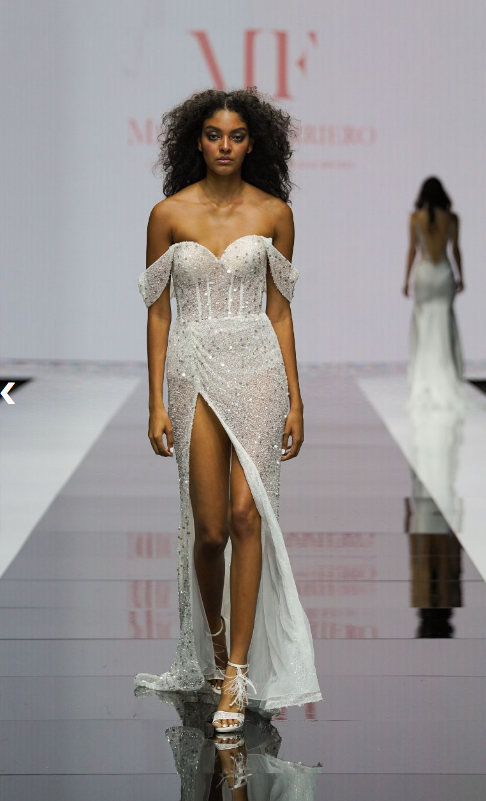 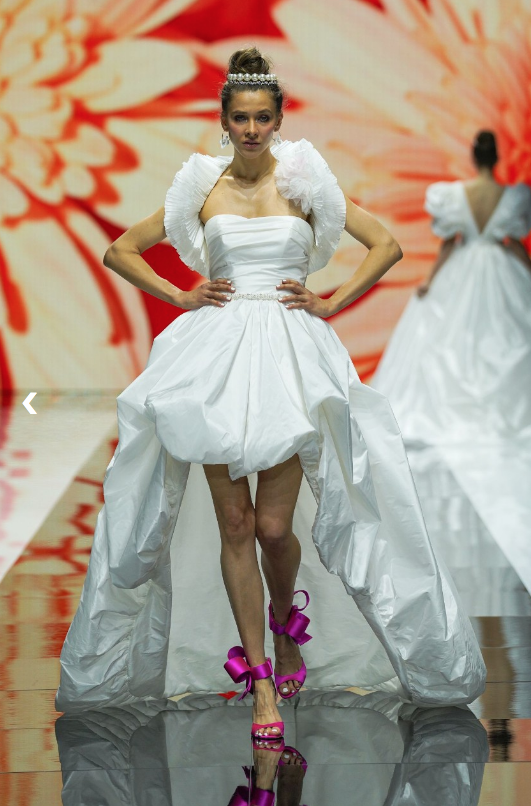 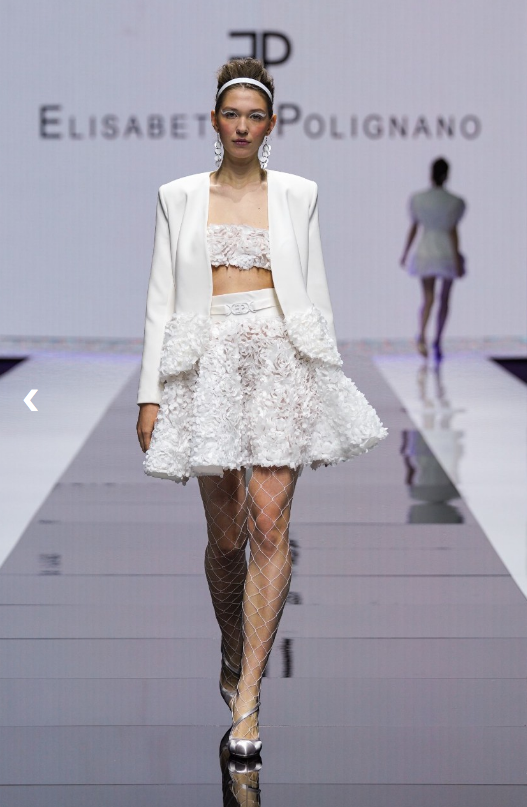 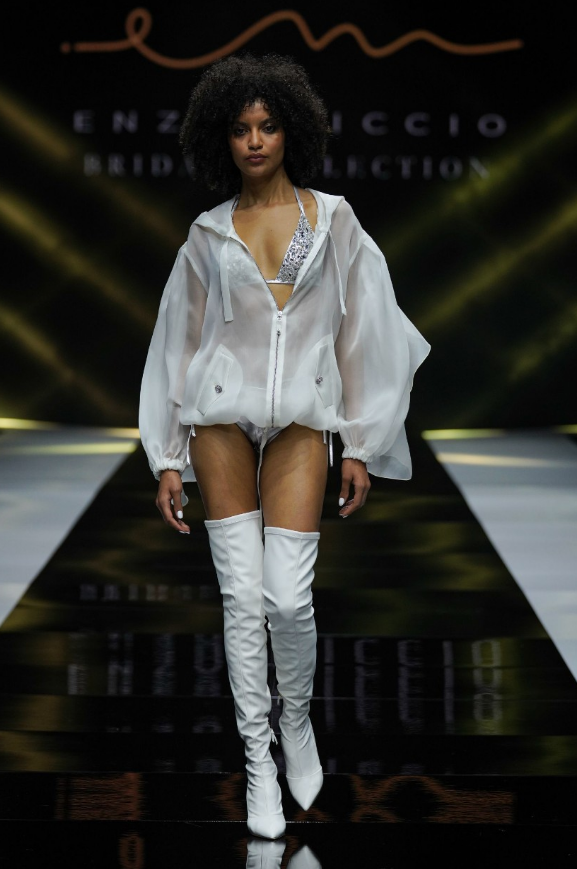 Tradition, however, guides the choice of footwear for most brides. So here are the jewelled sandals tied at the ankle with bows, high- or medium-heeled slingbacks, super high-heeled pumps decorated with crystals, in total white or in silver, with satin or suede uppers, but always with a glam touch given by details and applications, an expression of Italian manufacturing. 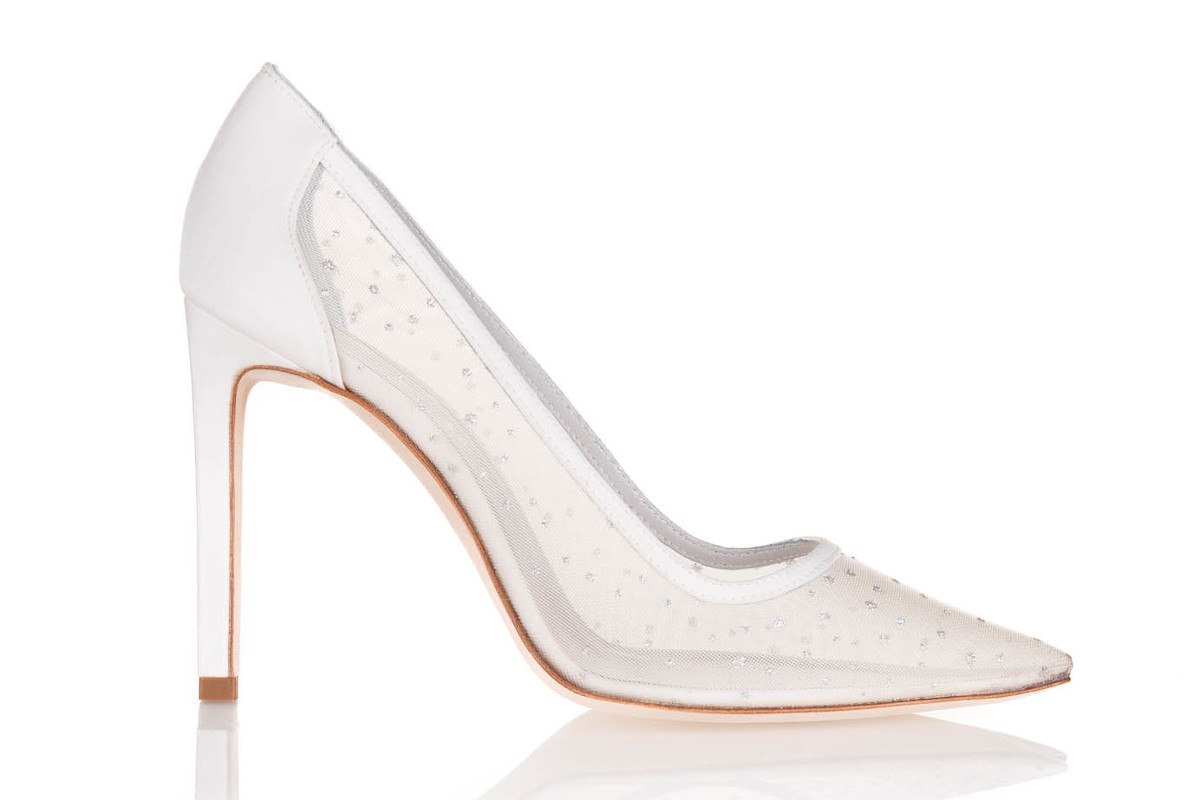 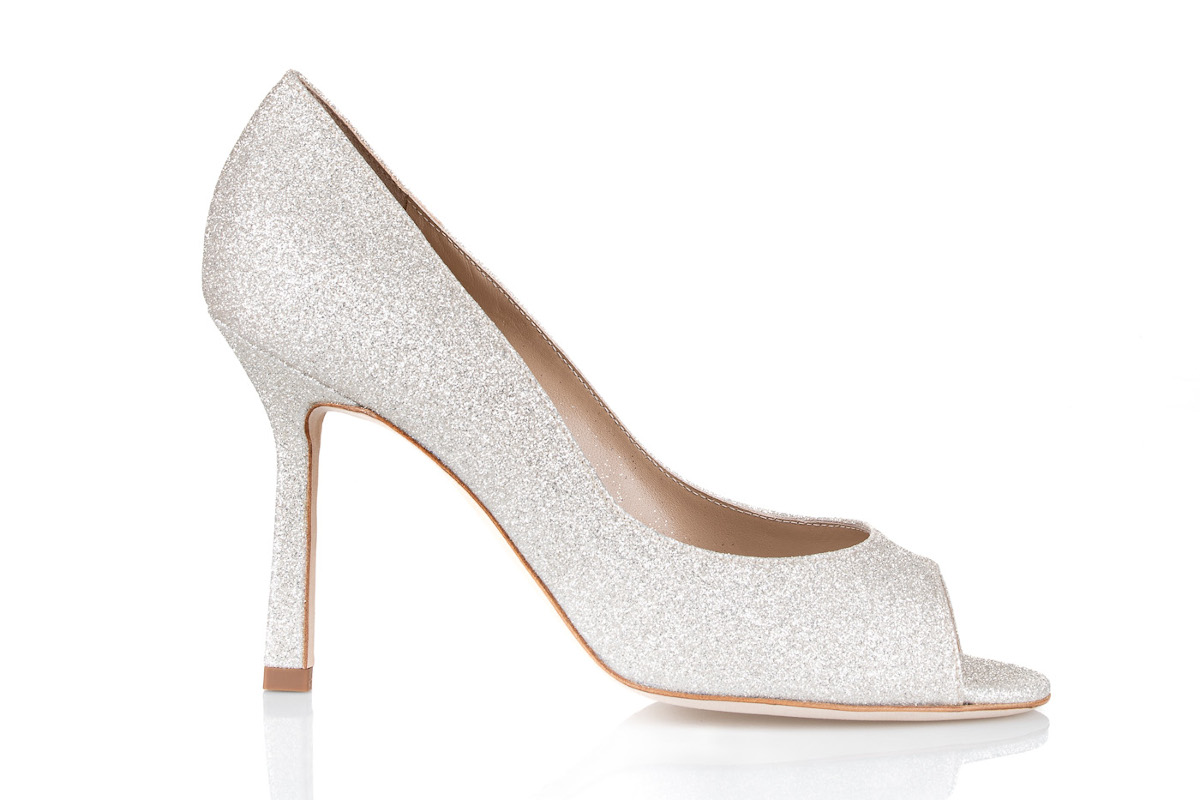 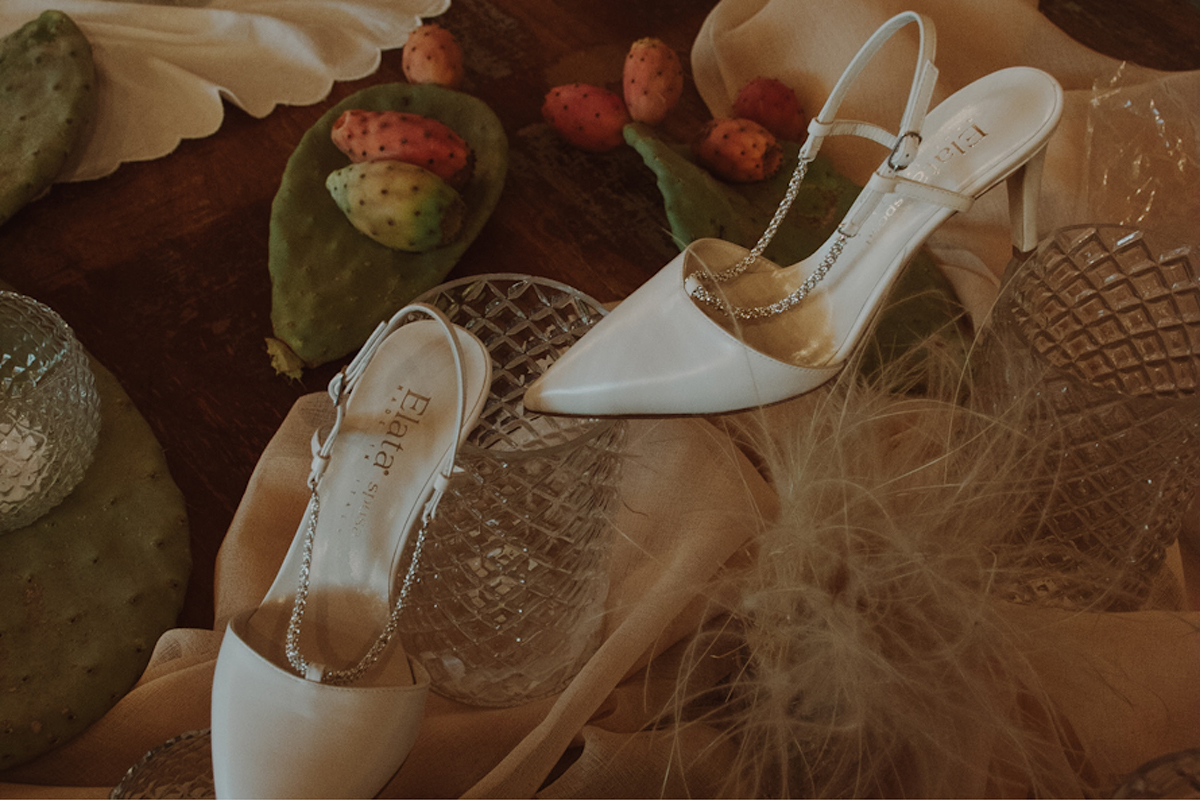 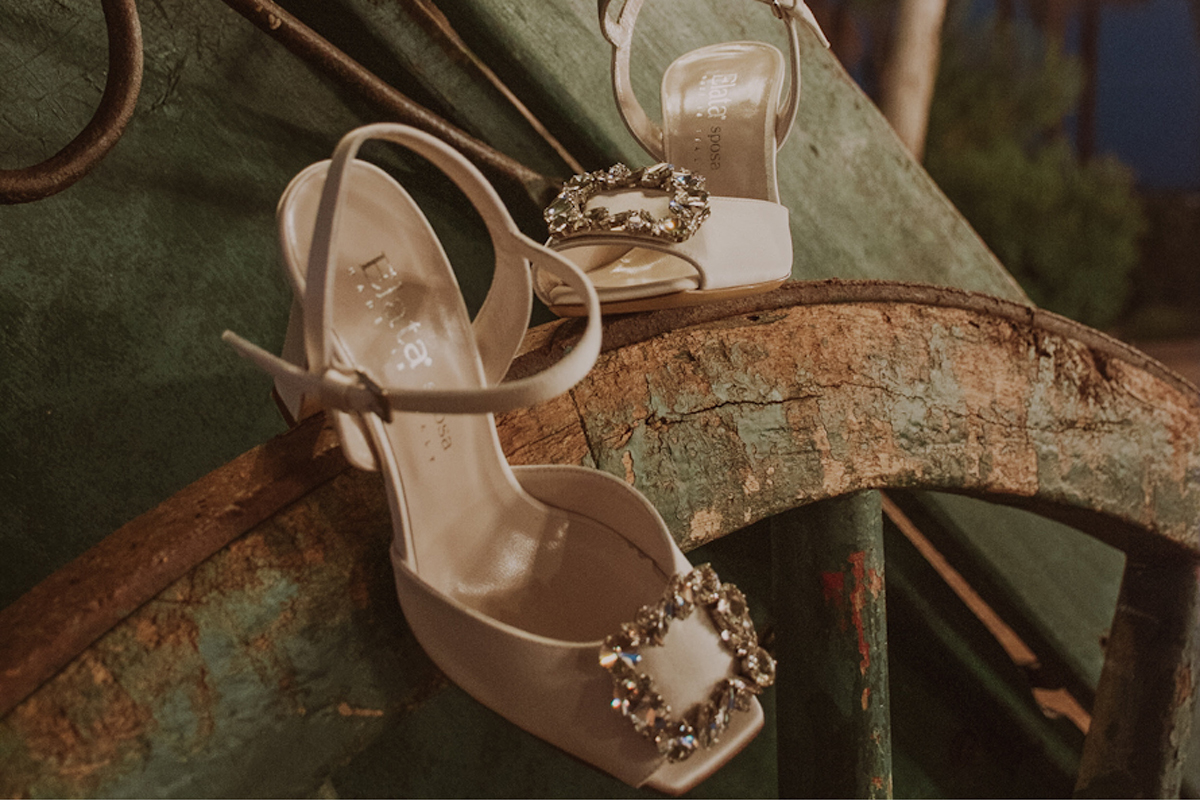 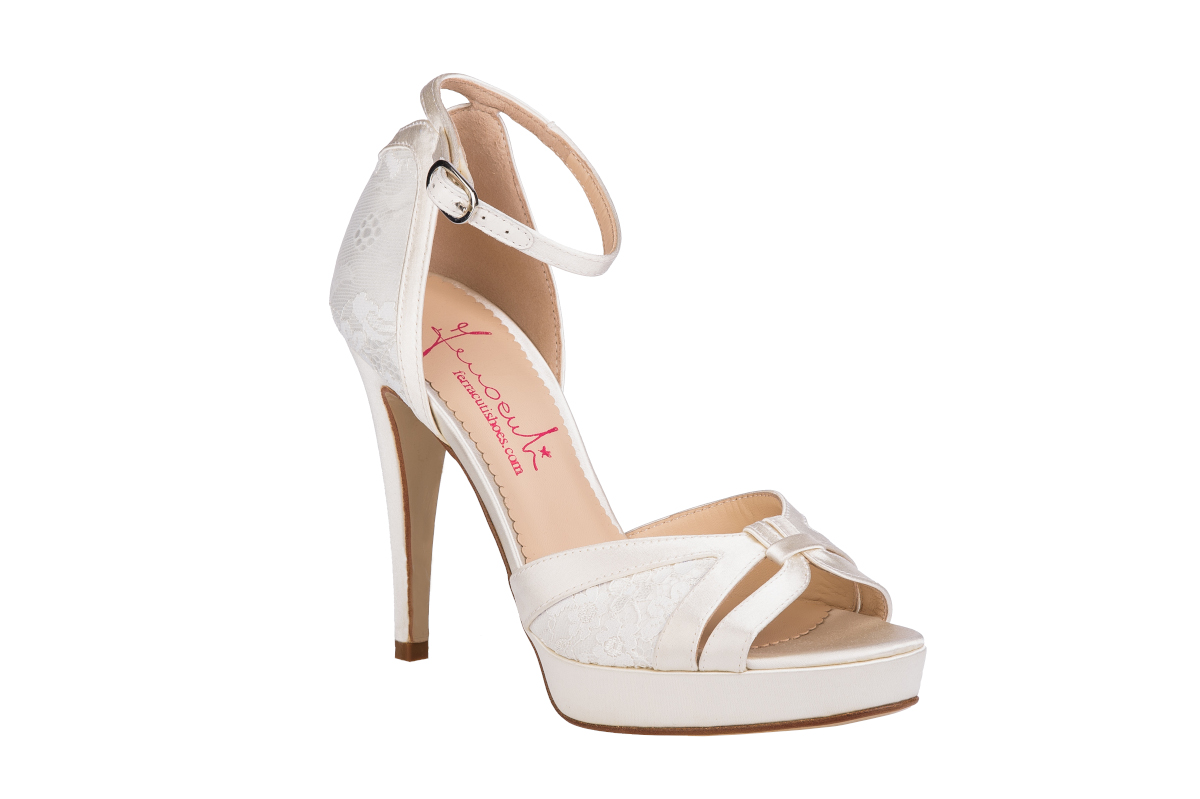 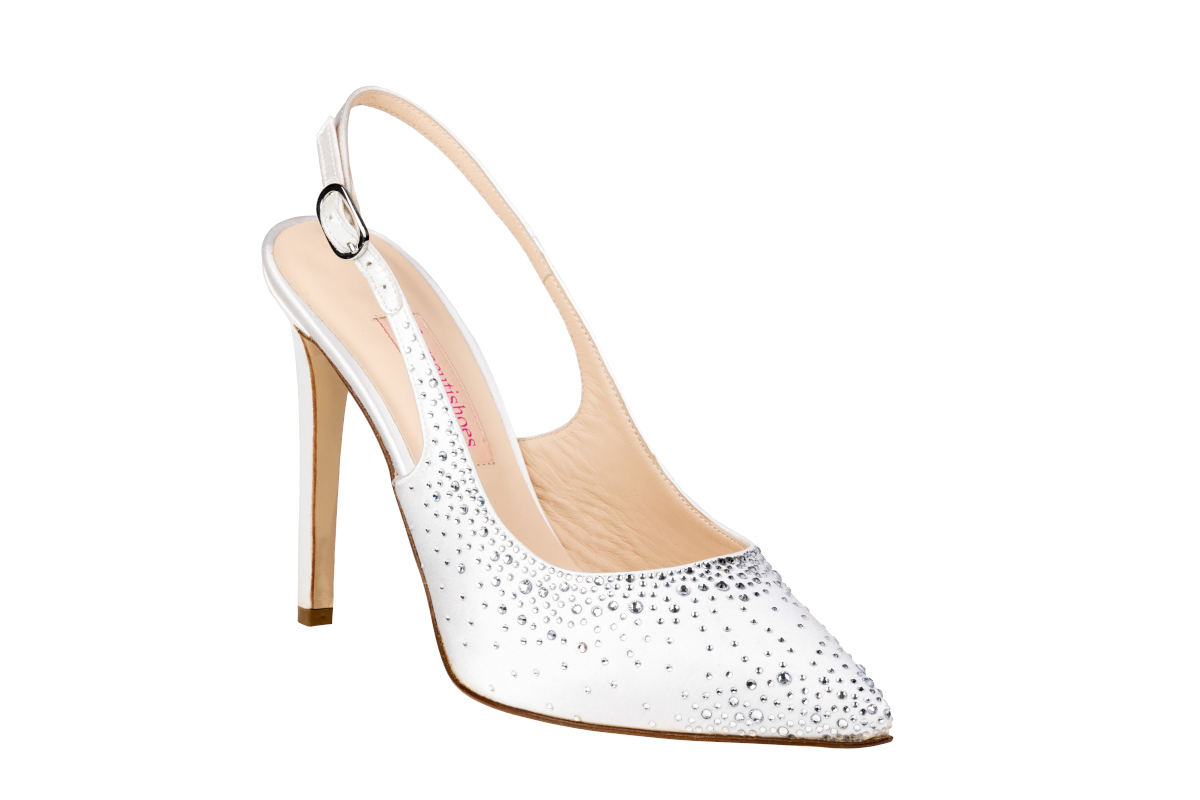 In addition to the catwalks, the ‘Bride in the City’ area was also a star at the Milan event: the concept (staged the day before the opening of the fair and which saw models and well-known faces board a ‘hop-on’ bus customised by ‘Sì SposaItalia Collezioni’, it was in fact told at the fair with an exhibition) was explained through an exhibition at the trade fair, where visitors were able to admire the ten dresses worn during the ‘on the road’ event for the Milanese fashion district. 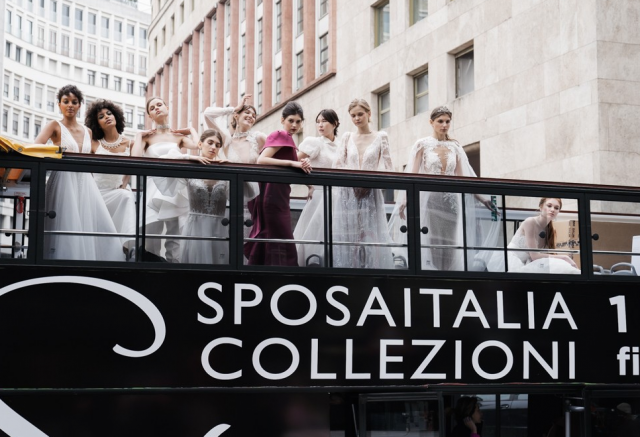