The future of footwear relies on creativity, and young designers have an important role to play in developing new ideas and providing consumers with a continuous flow of exciting new products. Ever attentive to the evolution of fashion, Micam Milano will be presenting the fourth edition of the Emerging Designers project at the upcoming fair: 12 international brands from a variety of cultures and backgrounds have been chosen to showcase their eclectic collections, ranging from men’s and women’s sneakers to more elegant footwear.

Alessandra Balbi has a multidisciplinary educational background, having studied architecture and economics as well as footwear design at the London College of Fashion. In 2017 she founded her own brand of shoes with a particularly feminine allure, handcrafted in Italy’s Riviera del Brenta area. 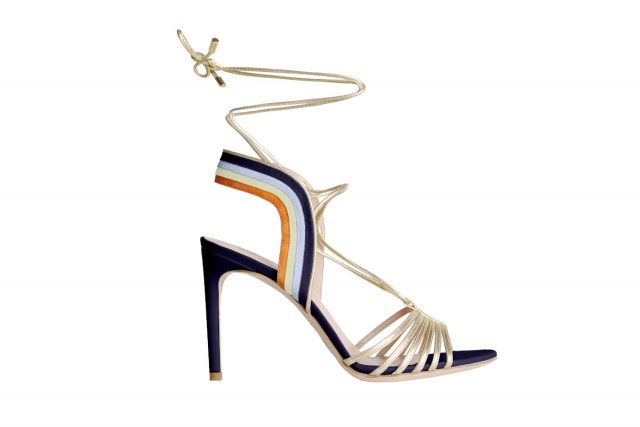 Ammabile is the name of the brand set up in 2018 by Rafaela Zago, which uses exotic eco-friendly skins made from food-processing waste. After learning the art of embroidery on clothes at fashion school, her fascination with handwork has remained and is reflected in her collection. 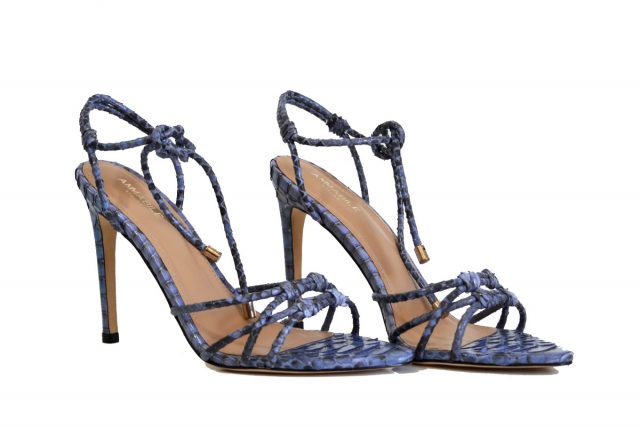 Daniel Essa, born in Homs in Syria, makes shoes that reveal a poetic, abstract creativity, redefining street style thanks to their futuristic and, at the same time, timeless design. His studies in economy were unable to quench the passion for art and fashion he had since he was a child: to realise his dreams, he went first to Spain and then France where he launched his first collection in 2018 alongside a YouTube channel giving fashion tutorials. His sneakers became famous after being seen on the feet of the actress Whoopi Goldberg.

Jerelyn Creado comes from India; she followed a pattern-making course in Milan and makes women’s shoes in Italy and men’s shoes in Spain. Particularly focused on the relation between the fit of a shoe and different kinds of terrain, she uses biodegradable materials such as leather in the conviction that sustainability is not a passing fad but a way of life. 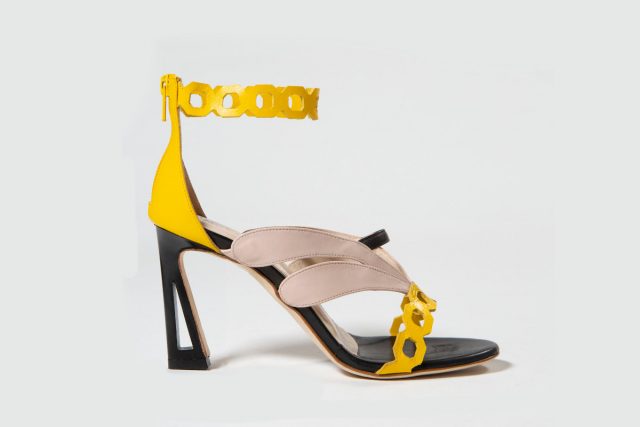 Marcus Alexander designs shoes for his namesake brand in Oakland, CA, and outsources production to Guangdong in China. Combining tradition and innovation, the designer offers sophisticated high-tech models positioned at the intersection of sneaker culture, utility and craftsmanship. 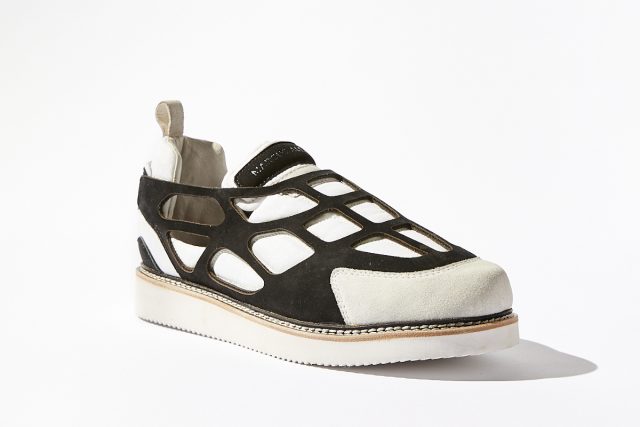 Meher Kakalia was born in Karachi and has always been inspired by the folklore and traditions of her people. After studying economics in London, she returned home to set up her own workshop, where she employs women to embroider ballerinas, sandals, slippers and bags using sophisticated traditional techniques handed down from mother to daughter, using leather, pearls and tassels to create unique, one-off items. 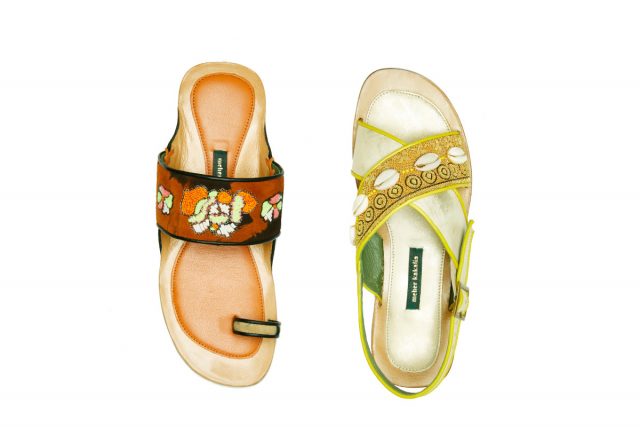 MOMOC is the name of an Alicante-based company set up by Spanish designer Gabriela Machado. Gabriela created the brand in 2016, after a period spent on an organic farm in New Zealand, where she discovered the value of the circular economy and zero-waste. Her team is constantly researching innovative materials to be used in shoe-making, such as pineapple and cactus leather, alongside cotton, polyester and recycled wood. 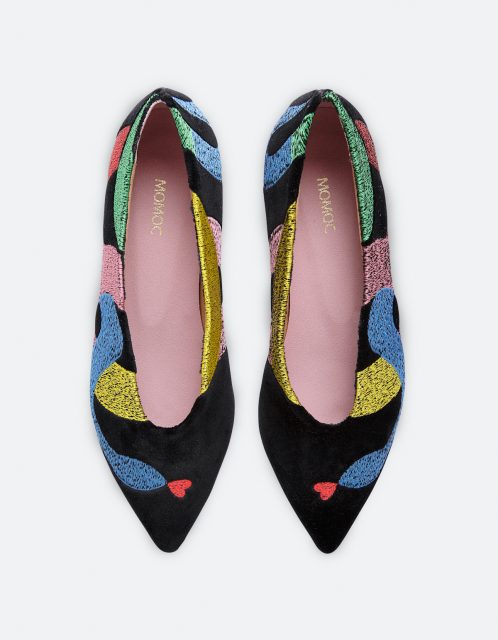 O.T.A. PARIS is a French brand of eco-friendly unisex sneakers. The soles are made out of recycled rubber tyres, in view of the fact that every year over 1.3 billion tyres are produced throughout the world. After two years of research and testing, Arnaud Barboteau finalised his sustainable sneaker project and started looking for production partners in Portugal and Italy who shared his values and worked in an environmentally-friendly way. In addition to its recycled leather shoes, the company is also working on leather-free models: it uses porotypes to try out an innovative material called Bananatex ®, which is made from a tree native to the Philippines and is 100% bio-degradable and water-repellent. 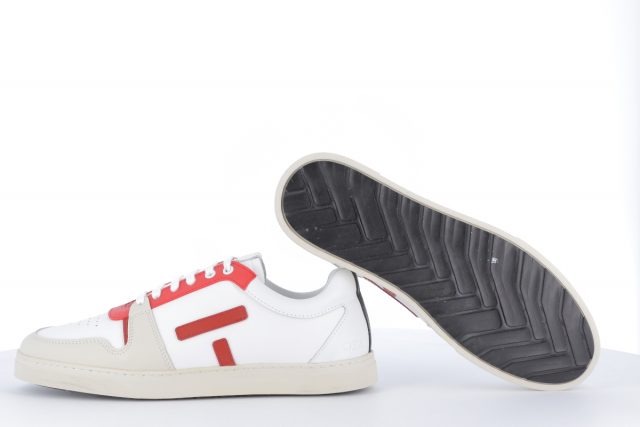 Skua Studio is the result of a partnership between Naomi Hille and Anousjka Roben, both from Utrecht and with a Master from the DHTA. Their first tryout collection was shown at the SS19 Milan Fashion Week, and was followed by further appearances at fairs in Berlin, Amsterdam and Paris. In 2020 they created their first Chayka collection – inspired by the first Russian woman to go into space (Chayka was her codename). Their footwear is handcrafted in Holland. 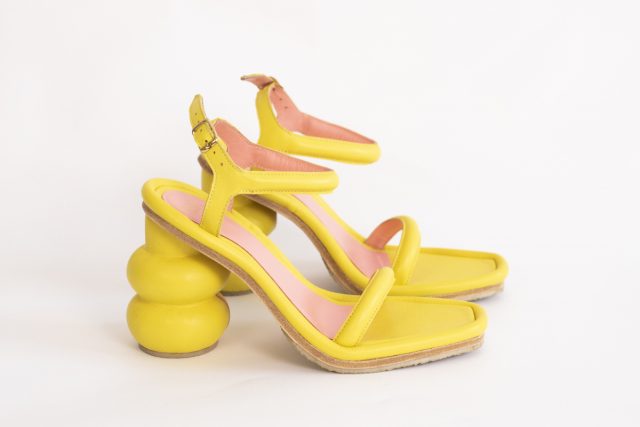 The creative director of Thread, Thushini Fernando, comes from Sri Lanka and, as a child, was fascinated by the stories her mother told about her life in Milan working for a fashion entrepreneur. She graduated from the Burgo Fashion School in Milan and, after an internship with Calvin Klein, created her own brand – Thread – based on a vision of classic, feminine elegance. Her shoes are made in Italy. 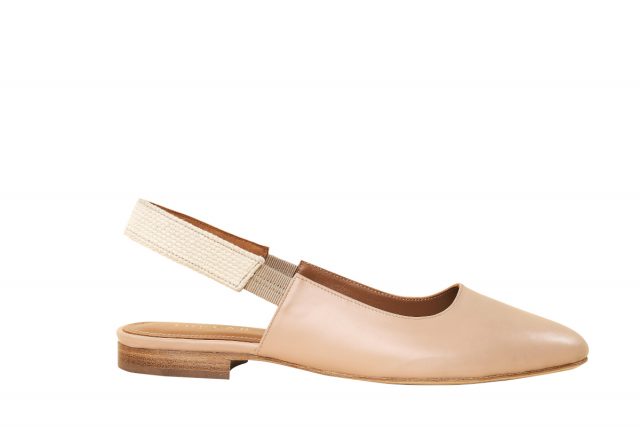 Titi Adesa is the name of the brand created by Titi Adesanya, who grew up between Lagos and London. She learned the secrets of shoe construction in Italy and the brand, launched in 2019, is made in Milan by a family firm with a solid tradition of making high-quality shoes. A mixture of discreet elegance and modern femininity, her footwear features a logo with a golden rose on the sole. 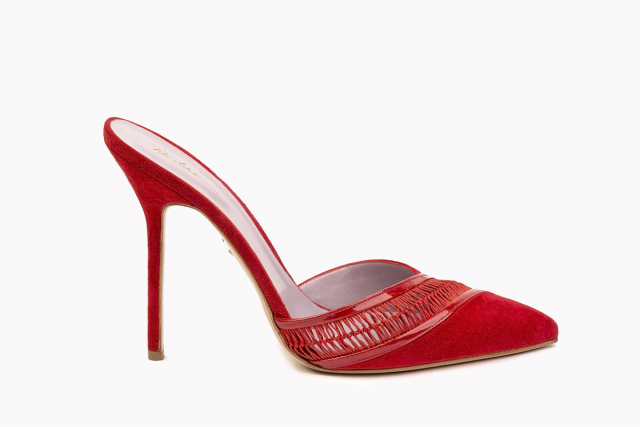 Umòja, which means “unity” in Swahili, is the name of a brand of sneakers that unites tradition, modernity and innovation, promoting handmade African textiles and organic fibres. The brand, in fact, combines the textile know-how of Burkina Faso and Portuguese production. In line with environmental conservation, it excludes the use of skins and chemical dyes in favour of organic cotton, materials derived from tree bark, banana fibre from Uganda and vegetable dyes, produced in Africa. 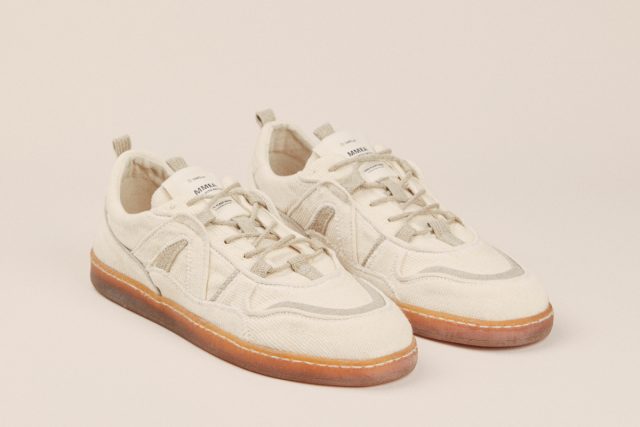