When a company has a long, glorious history spanning three centuries, its origins can feel lost in the mists of time and start to take on the feel of a legend.
Though the official “birth certificate” of shoe brand Barrett states the company was founded in 1917, its roots actually go back to the 19th century and a small yet prestigious shoe workshop named Tanzi e Zanlari in Parma.

It is here that at an unknown date between the late 19th and early 20th century John Richardson Barrett came into the picture, a distinguished British businessman who at the time owned a tanning factory in the East End of London. When Barrett reached Parma on his Grand Tour, he decided to buy shoes suitable for the Mediterranean climate. He fell in love with the shoes made by Tanzi e Zanlari, first as a passionate customer and then as the company’s leather supplier. In 1917, he finally decided to join the company.

The company’s first phase of exponential growth, during which Barrett became one of the most popular prestigious Italian shoe and clothing brands, was interrupted by the Second World War. The business was turned into a supply factory for the army, however, at the end of the conflict, the brand struggled to get back on its feet again.

In 1952 real change was in the air. Eliseo Putzolu, a young entrepreneur passionate about luxury shoes and Barrett customer himself, put himself forward as a partner to help bring the brand back to its former glory. His enthusiasm and strategies were successful and the Putzolu family is now inextricably linked to the brand. 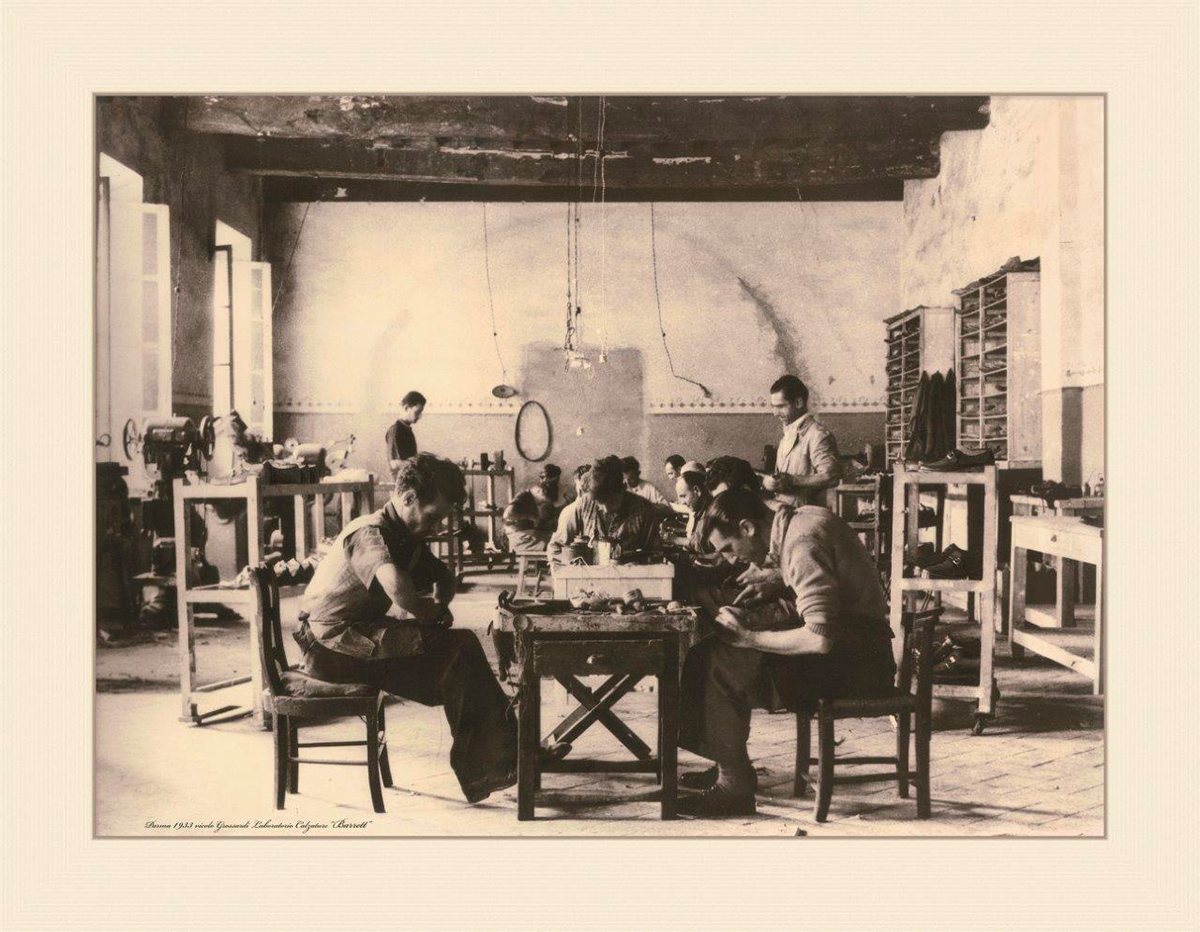 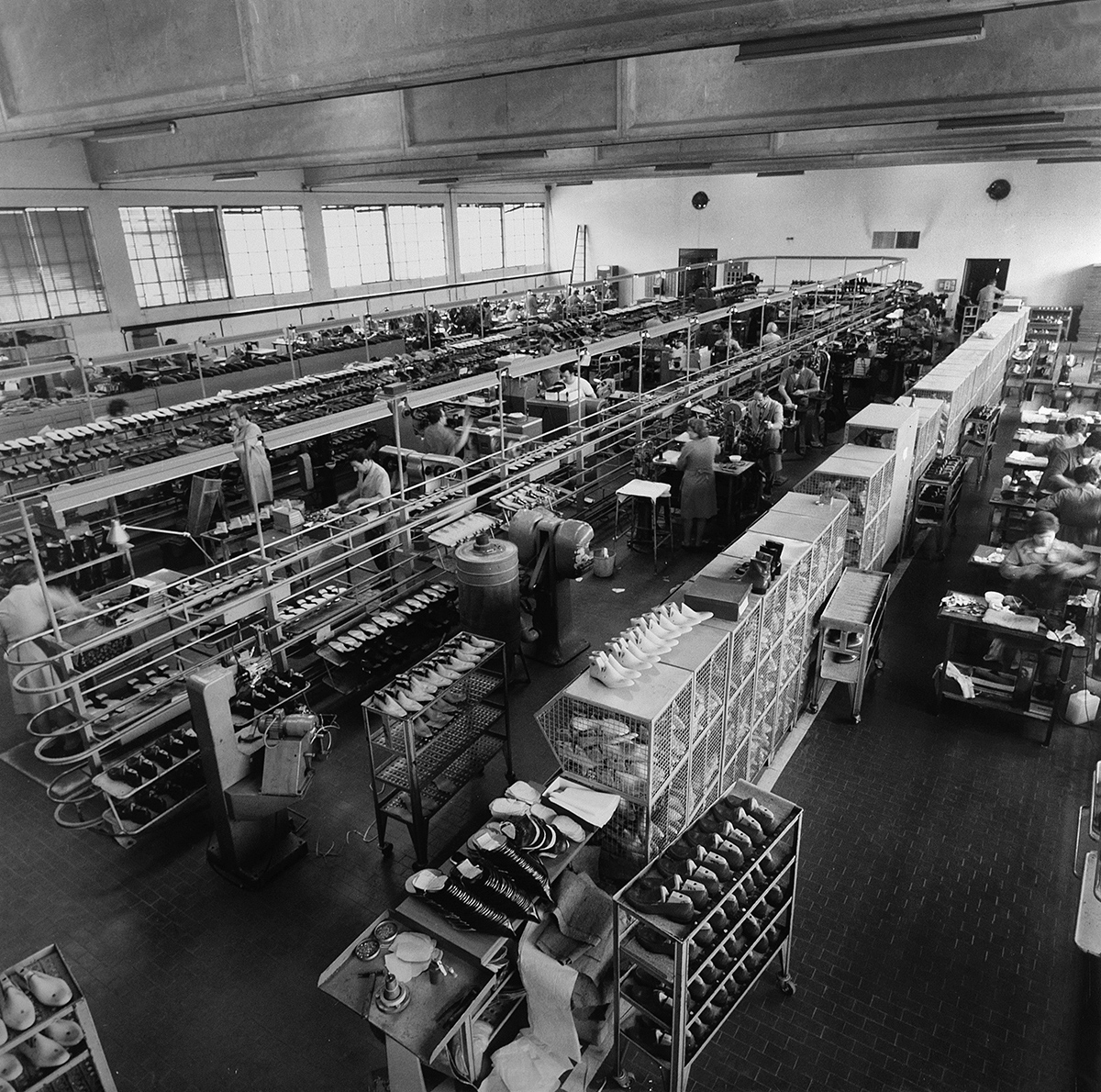 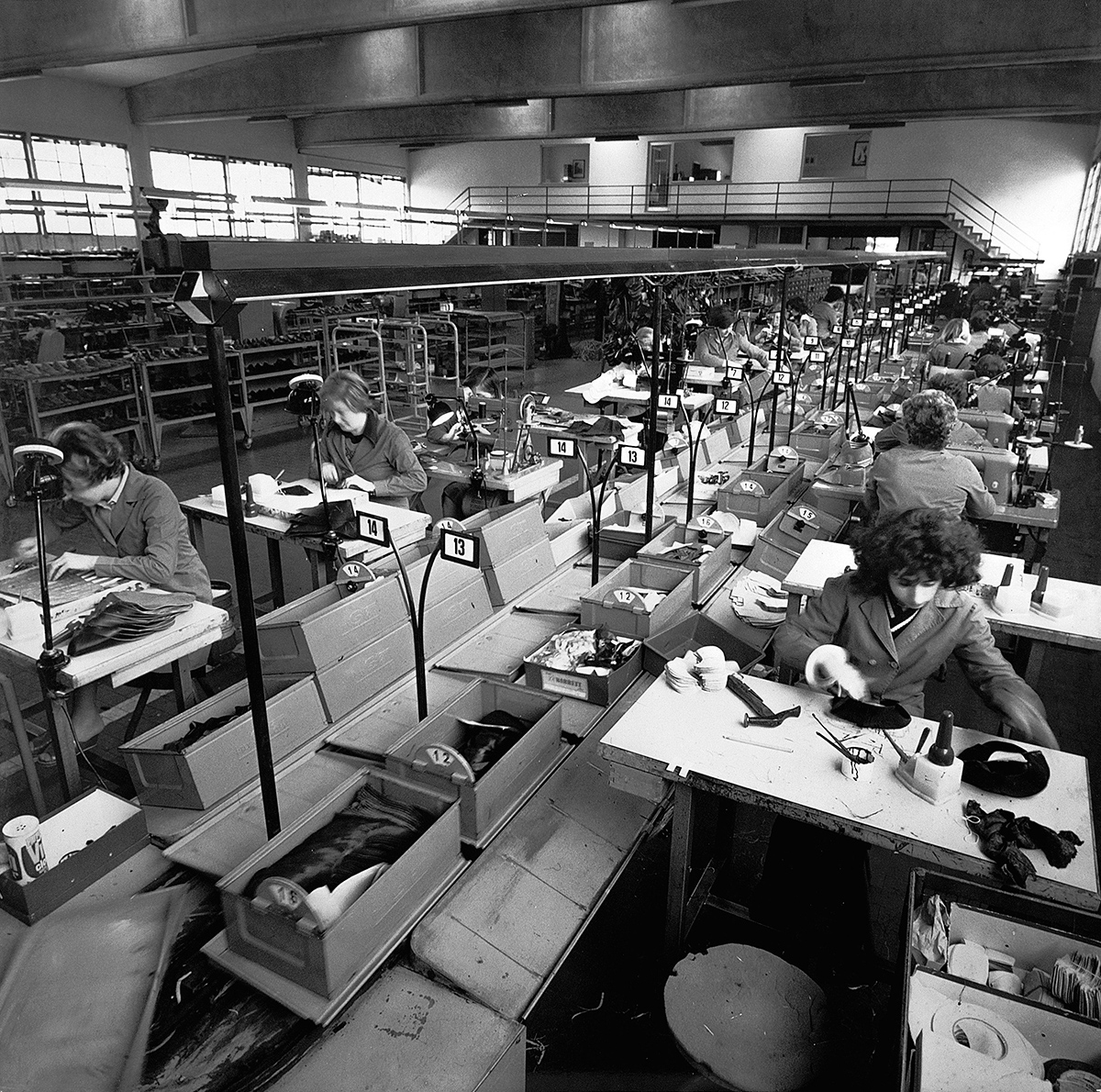 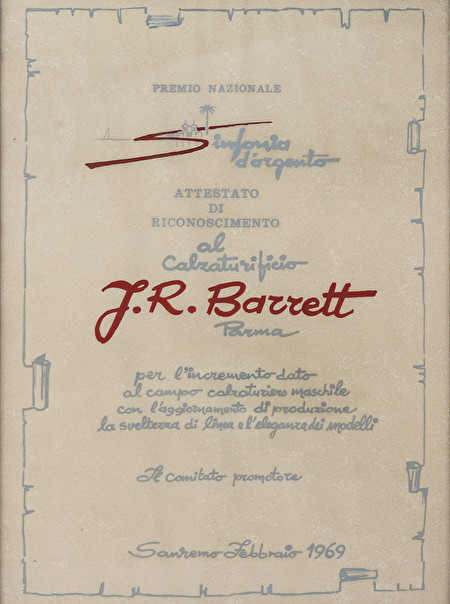 In the 1960s and 1970s, politicians, actors and writers wore Barrett on their feet (one of the most famous customers was Marcello Mastroianni). The market grew, driven by the high production quality, British flavour and impeccable style, which still permeate the brand, even Blu Barrett, the sporty line launched in 1999.

In the meantime, the company passed into the hands of Paolo Putzolu, Eliseo’s son. Paolo took the reins in 1997, steering the company to new successes, increasing turnover, taking the business abroad and paving the way for the arrival of the new generation. Antonio Putzolu, Paolo’s son and Eliseo’s grandson, started working at the family business when he was 24 after graduating in economics and became Vice President in 2002.

Barrett now has a presence in over 25 countries with monobrand stores in Milan, Paris and Moscow. 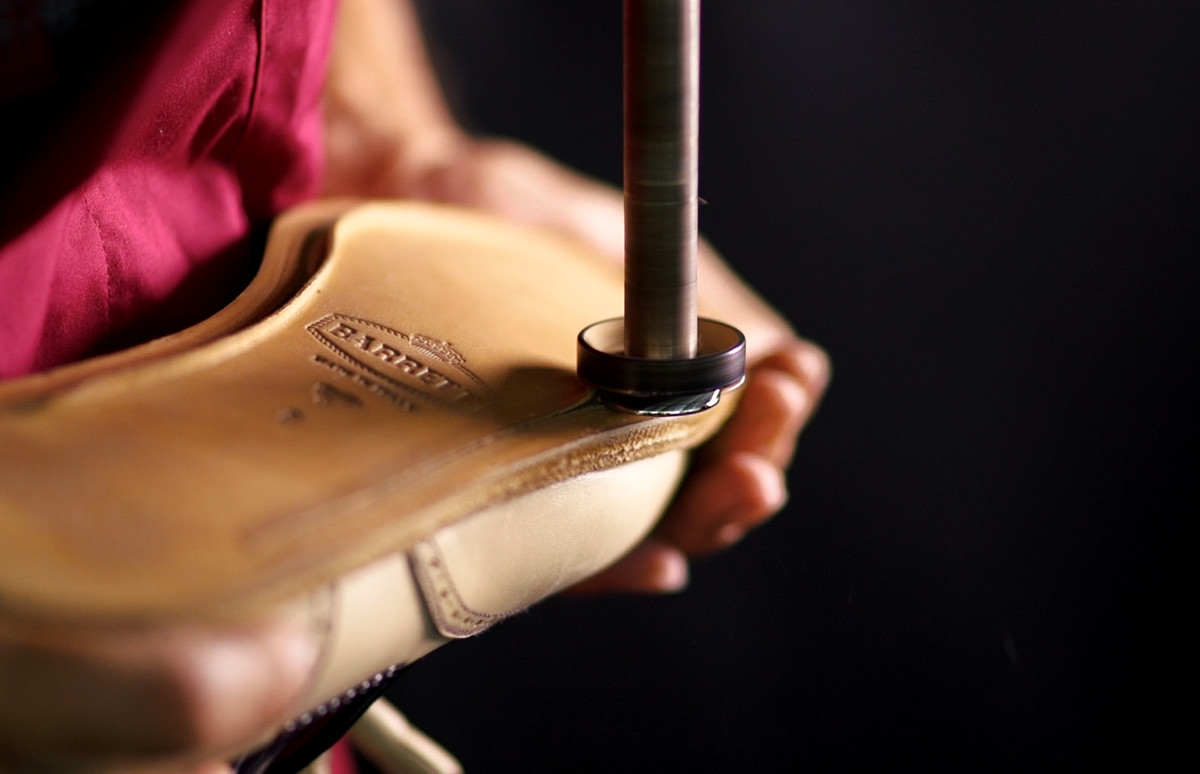 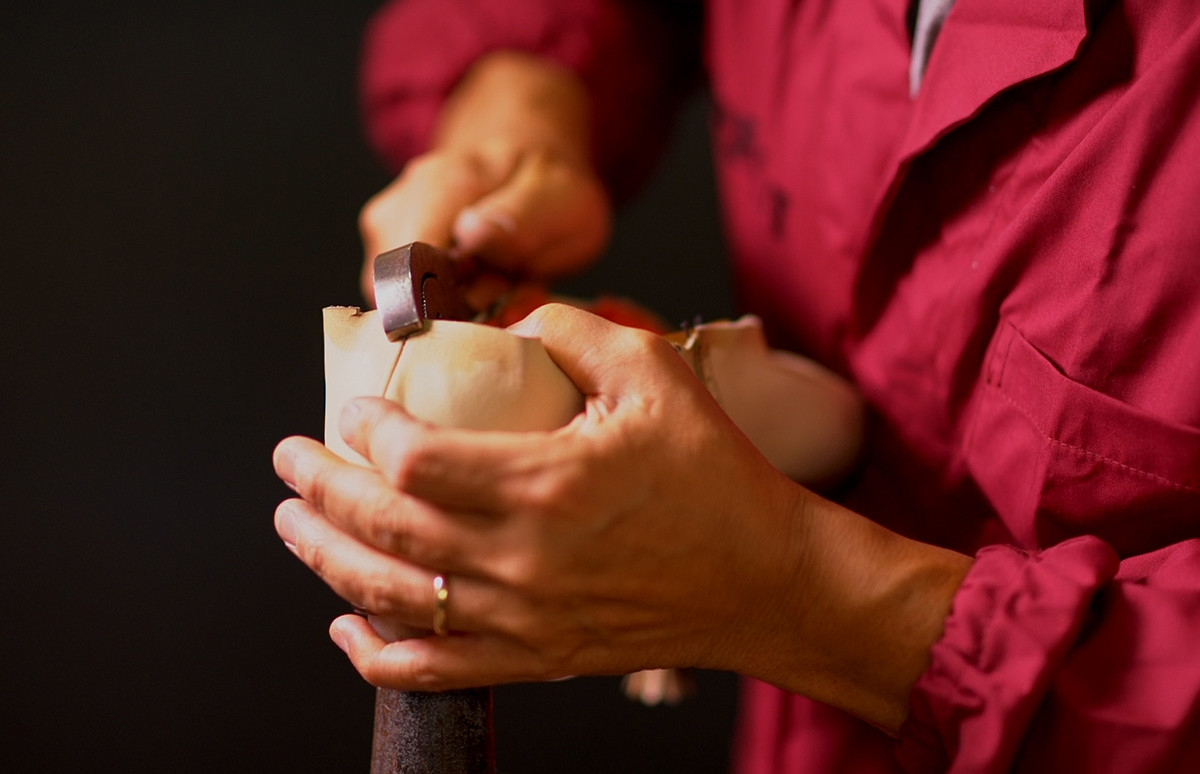 Entirely Made in Italy, Barrett shoes are handmade using fine materials at every stage in the production process, from cutting the upper to dying. The artisans use traditional and complex construction techniques, from Norwegian and Blake to Goodyear and “slip lasting” Bologna, the latter being used now by just a handful of companies in the world.

Every model starts with a wooden form, which Barrett keeps so that it can recreate historic models as well as the latest collection. Comfort, even for difficult feet, is one of the pillars guiding the master artisans in their work. Made-to-measure shoes can also be ordered.

In 2017, to celebrate its centenary, Barrett launched a celebratory moccasin, a contemporary version of the 1969 moccasin that won the company the “Sinfonia d’argento” prize at Sanremo. The moccasin is produced with the Goodyear “Reverse” technique that consists of sewing the upper to the reverse of the sole and then inverting it during the “shaping” phase.

Russia is currently the company’s strongest market, however Paolo and Antonio Putzolu’s strategy focuses on new emerging markets, leveraging Made in Italy and the quality and prestige of the brand. In addition to shoes, Barrett also produces accessories like bags, belts and small leather items, as well as kits for caring for its shoes. 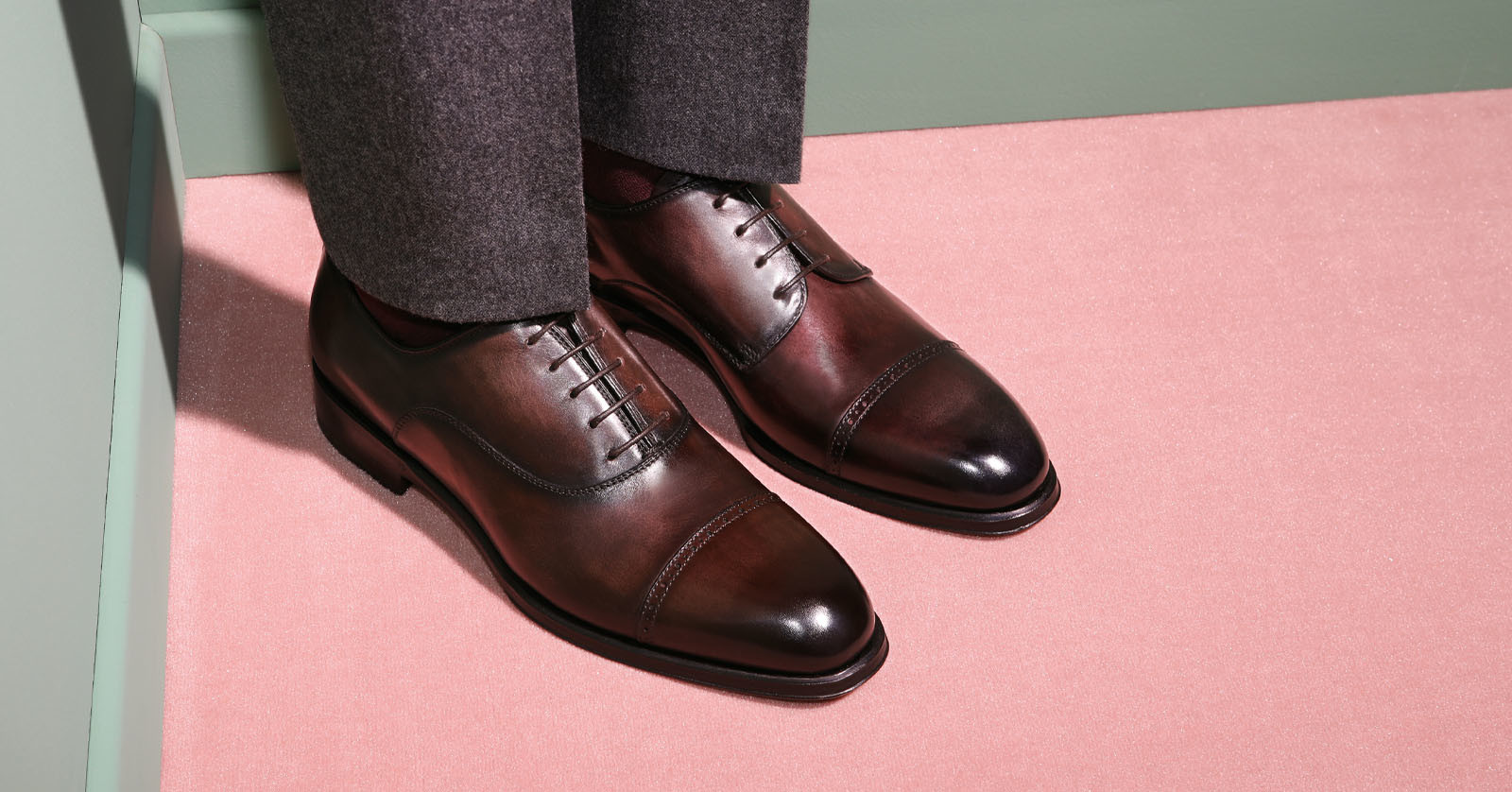 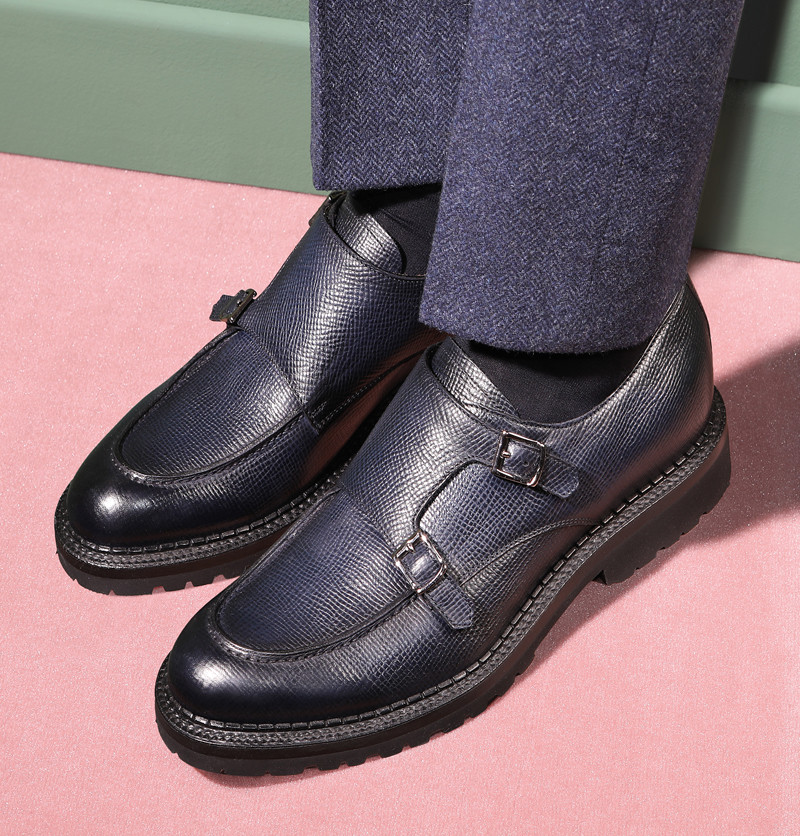