[On the cover: a model from Revolver Requeen Venexia’s collection]

It was during the post-war years – in 1947 to be precise – that eighteen enterprising young folk with a passion for shoes set up a cooperative in Stra, in the heart of the Riviera del Brenta. Amongst them were Rino and Giuseppe Baldan and their cousin, Giorgio. The idea of setting up their own business arrived a year later, and in 1948 they opened a workshop in the family home. Before long, the workshop became a shoe factory, covering an area of 400 square metres and equipped with the first machines: a Blake sewing machine, cutter, grinding machine and finishing machine. Enthusiasm and determination did the rest and, with a workforce of around ten inside the factory and an equal number working at home, output increased from 50/60 to 140/160 pairs a day. The shoes cost 200 lire per pair, but they also had to be delivered – so Rino Baldan got on his bicycle and started delivering them door-to-door, going as far as Bassano, Treviso and Trieste. 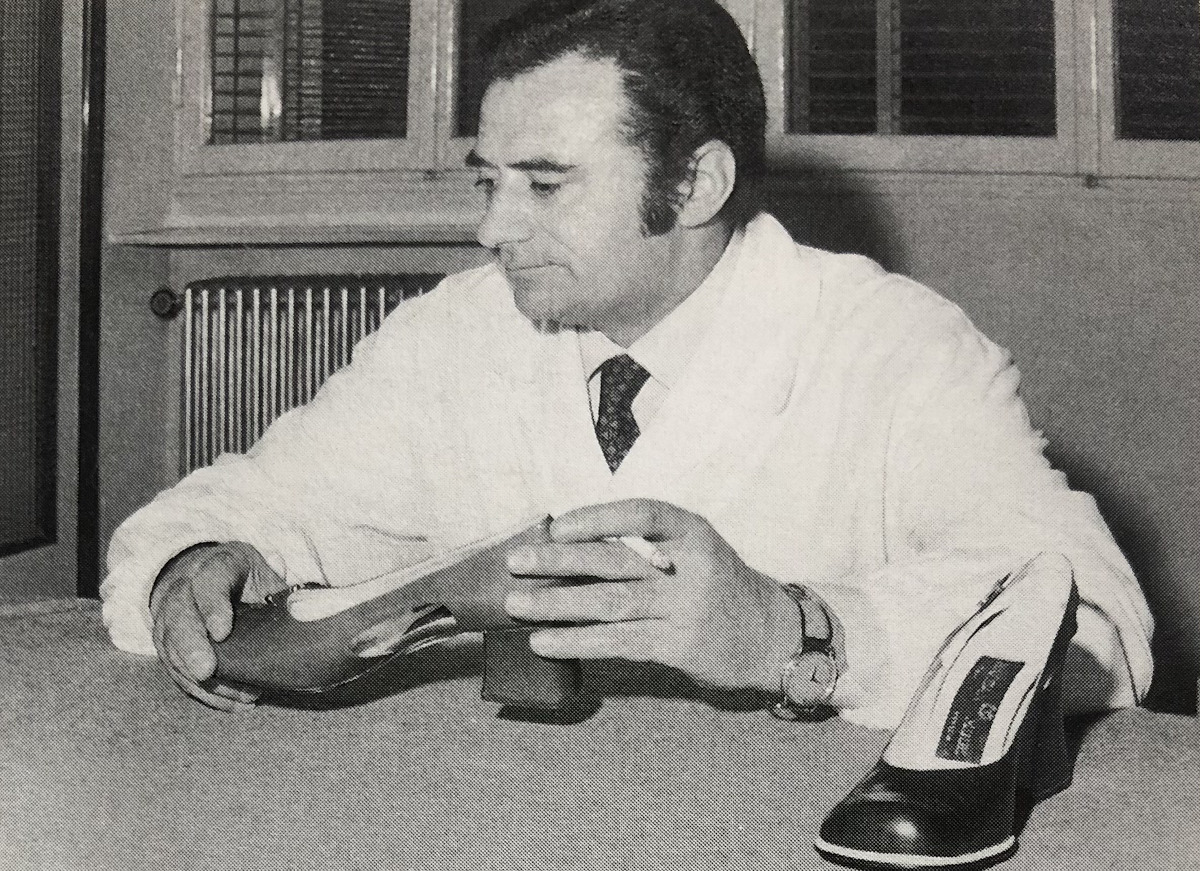 Rino Baldan in his company, in the late 1950s 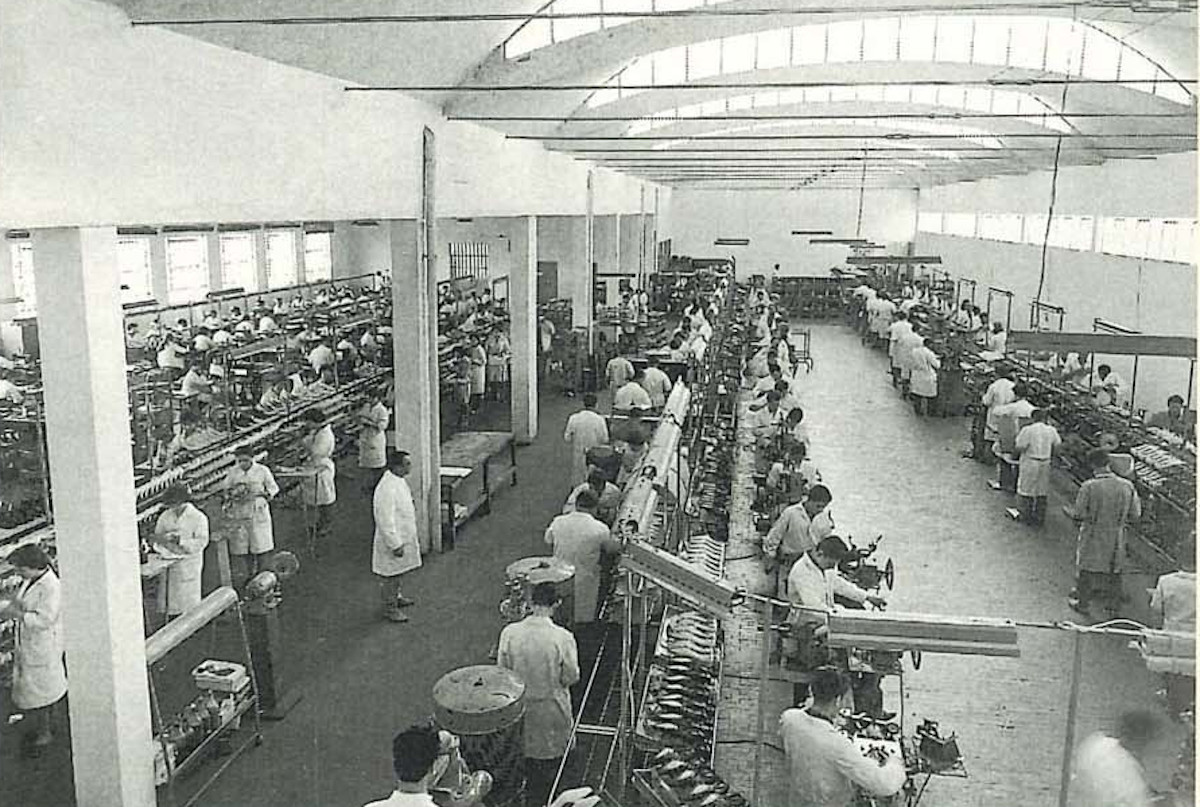 The years of the economic boom rewarded the young entrepreneurs’ skill and hard work. From Stra, the business expanded to the Triveneto region and Trentino Alto Adige, but this required a different means of transport: from the bike to a Vespa scooter and then, in 1952, the Fiat 500 Giardinetta which would take Rino to Germany, together with his friend Rolando Melato (the future president of ACRIB – Riviera del Brenta Footwear Association). These were also the years of the first shoe exhibitions, from Dusseldorf to the Villa Pisani in Stra. The first real Baldan shoe factory was set up in 1957, at Fiesso d’Artico: production was carried out entirely on the premises, with around thirty workers producing 300 pairs per day, increasing later to 1000/1200 pairs with 120 employees. As a result of its growing success, in 1961 the need was felt to open the company’s first shops, in Merano Bolzano and Malcesine, reaching a total of 10 retail outlets in the Seventies under the brand name Alta Moda Baldan. 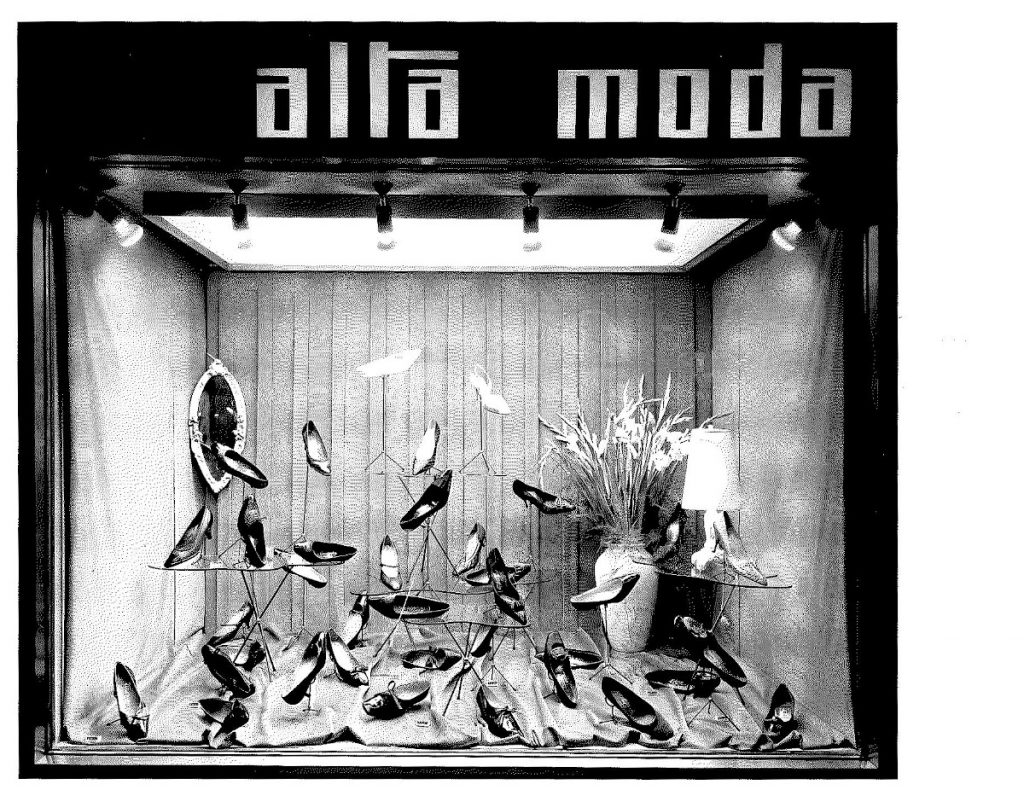 The shop ALTA MODA BALDAN in the ’60

It was now time for the generational transition, and in 1988 the baton passed to the sons of Rino and Giuseppe Baldan, Andrea and Massimo, who began to modernize the shoe factory by introducing an automated conveyor. A line of handbags was also added to that of footwear. Today the company has a workforce of 70 and produces around 100,000 pairs of shoes per year 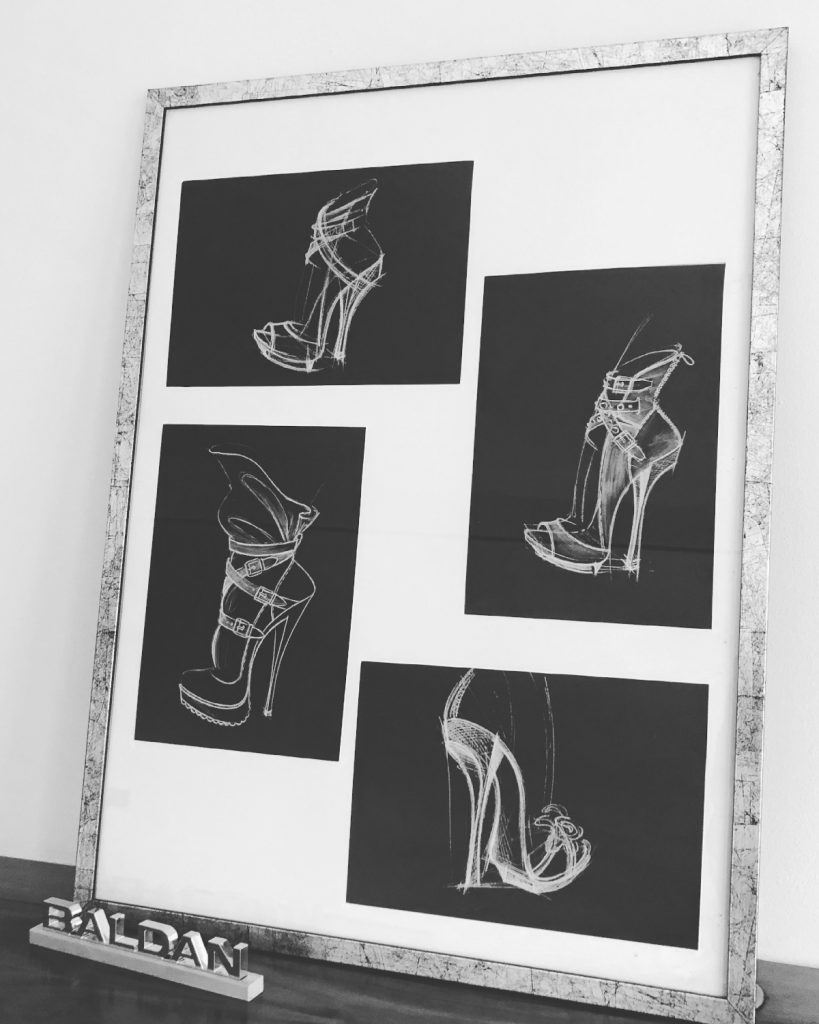 Despite the shift from small artisanal business to flourishing shoe company, and the generational transition, the Baldan entrepreneurs have not lost sight of the values that led to the brand’s success: the concepts of family and employee retention, the quality and construction of the product. A skilled team succeeds in combining jealously preserved traditional techniques and new technologies.

Product quality goes hand-in-hand with the company’s quality standards, which are fully compliant with health and safety legislation; the focus is now on sustainable production, starting with the use of energy from renewable sources which in 2020 resulted in a saving of 91.57 tons of carbon dioxide. But the Baldan factory has had an osmosis system (distilled water) since 2014, reducing the use of plastics and saving 150 kg per annum.

Plans for the future include installing a perimeter lighting system with LED lights. 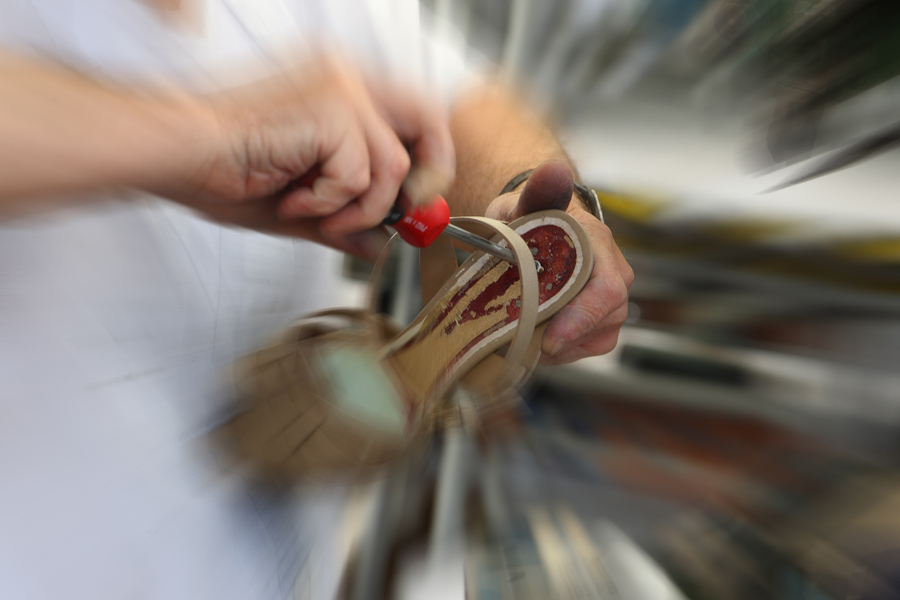 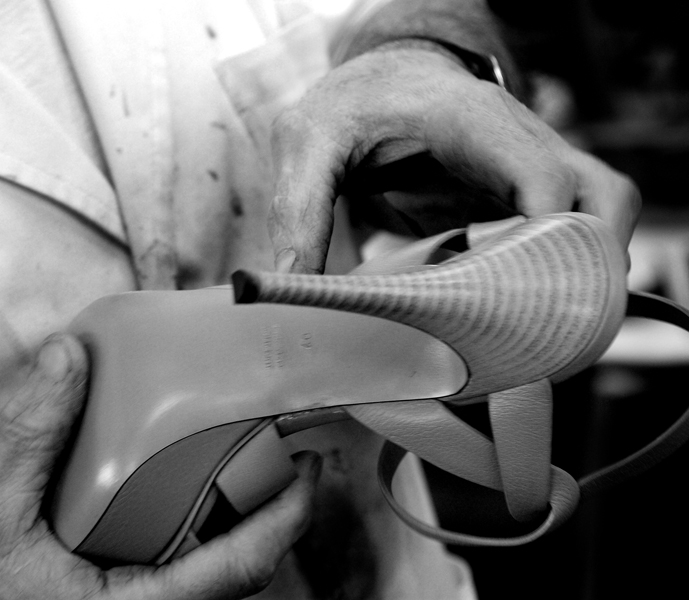 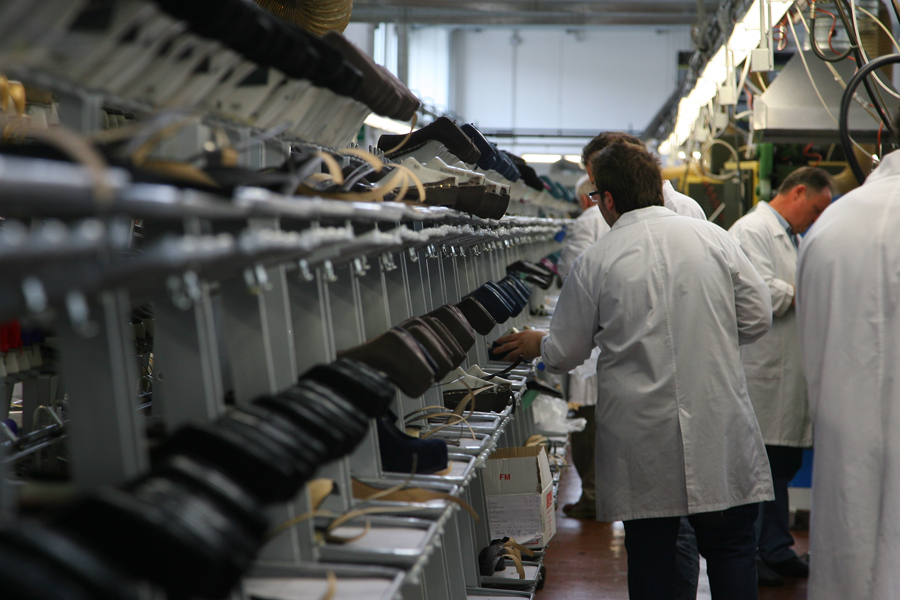 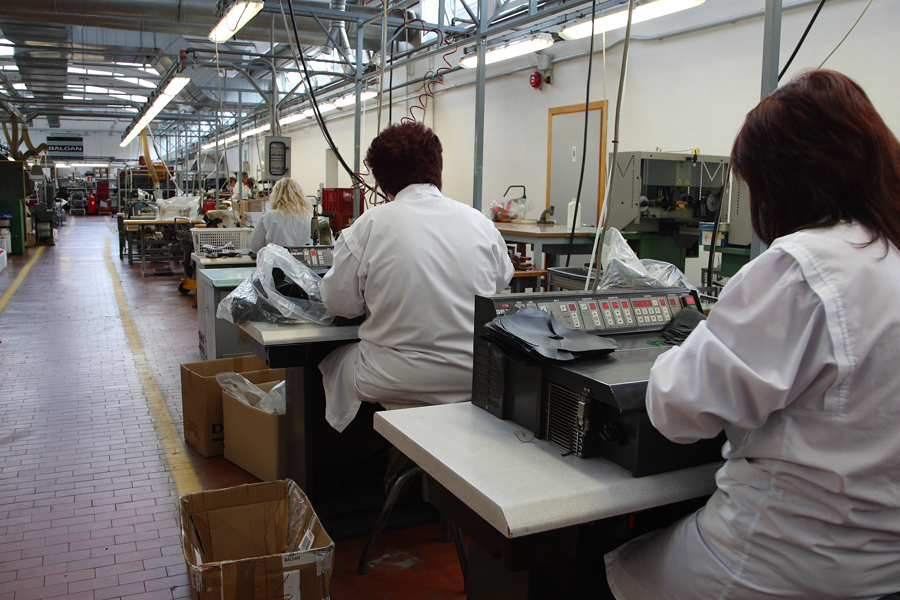 With the entry of the third generation, represented by Beatrice Baldan, the company’s present and prospective future coincide: with Massimo and Andrea’s support, Beatrice launches the daring Revolver Requeen Venexia project. Designed by stylist Fabio Panzeri, the brand produces luxury footwear with a strong, bold identity, in sizes ranging from 34 to 44, inspired by the world of music and literature and intimately tied to the universe of elegance and seduction. The creation of an e-commerce website, where all the Revolver products can be purchased and with a virtual showroom for B2B clients, was a must. 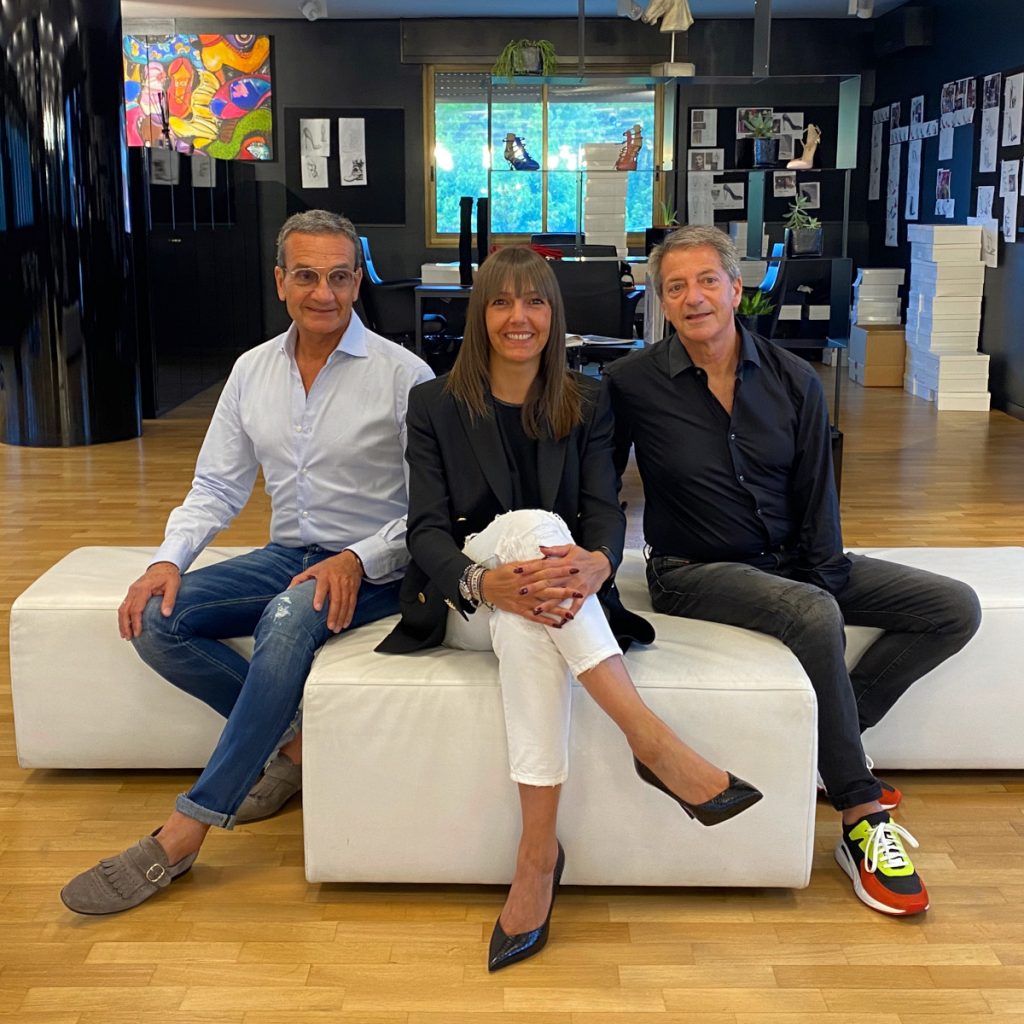 “Revolver Requeen Venexia undoubtedly represents the digital soul of the company but with a product such as ours the vis-à-vis aspect can’t be ignored. Work on the digital dimension has go hand in hand with the physical side of the business” – says Baldan. The only way we can maintain an exclusive relationship with agents, buyers and distributors all over the world and enable an emerging brand such as ours to make a strong entry on the international markets, is by successfully combining these two aspects”. The jewel in the crown is the showroom in Via Montenapoleone in Milan, a space conceived as an experiential labyrinth where shoe collections are displayed in an evocative period setting, surrounded by velvets, mirrored wardrobes and wood panelling. “The key to presenting a precious and exclusive product, made with artisanal care, is to involve the senses” – the brand manager explains. Each shoe model, in fact, takes its name from one of the rooms in an imaginary hotel; the Rooms belong to different Floors representing the various collections, each with its own distinctive mood. Creativity together with ‘made-in-Italy’ quality and craftsmanship make a perfect match! 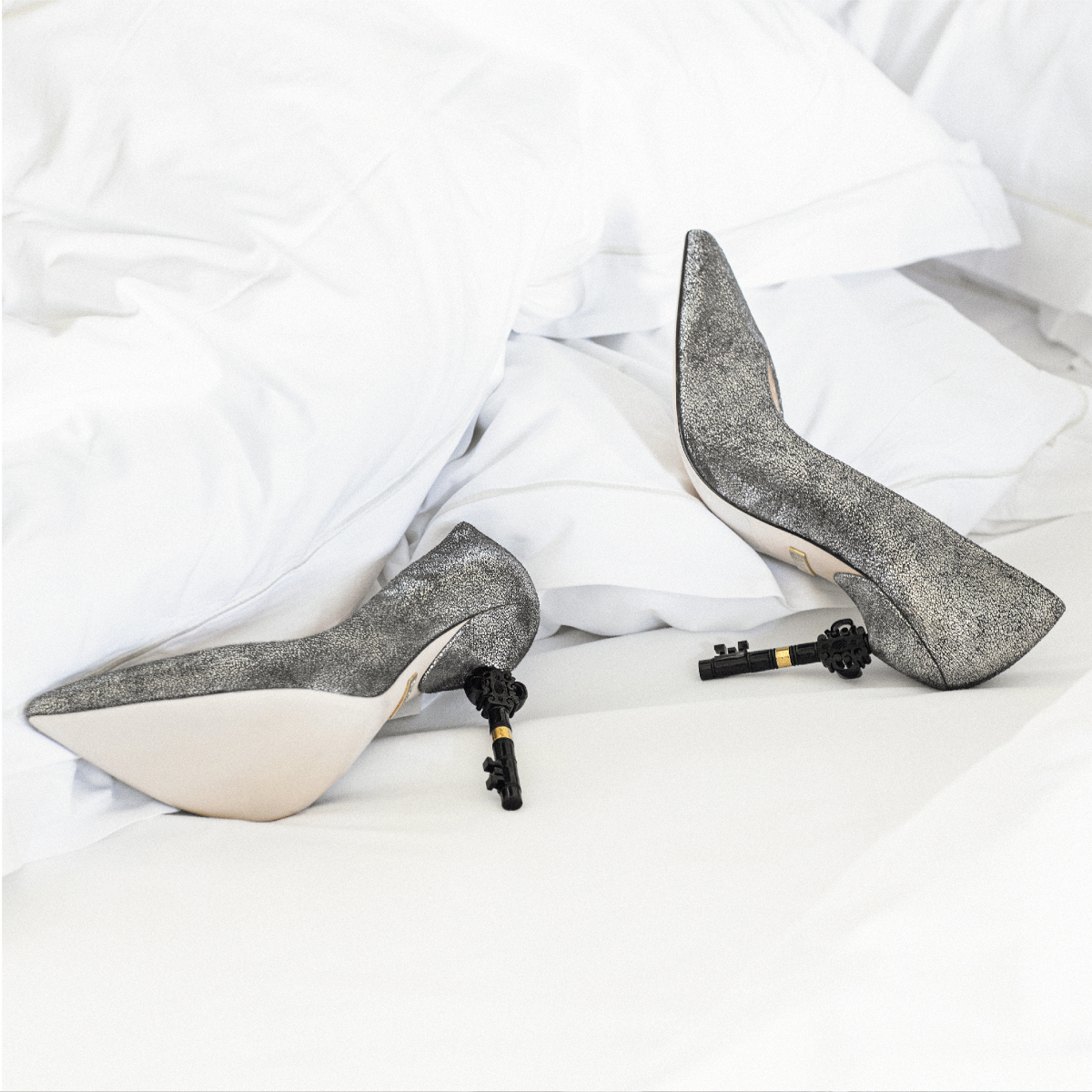 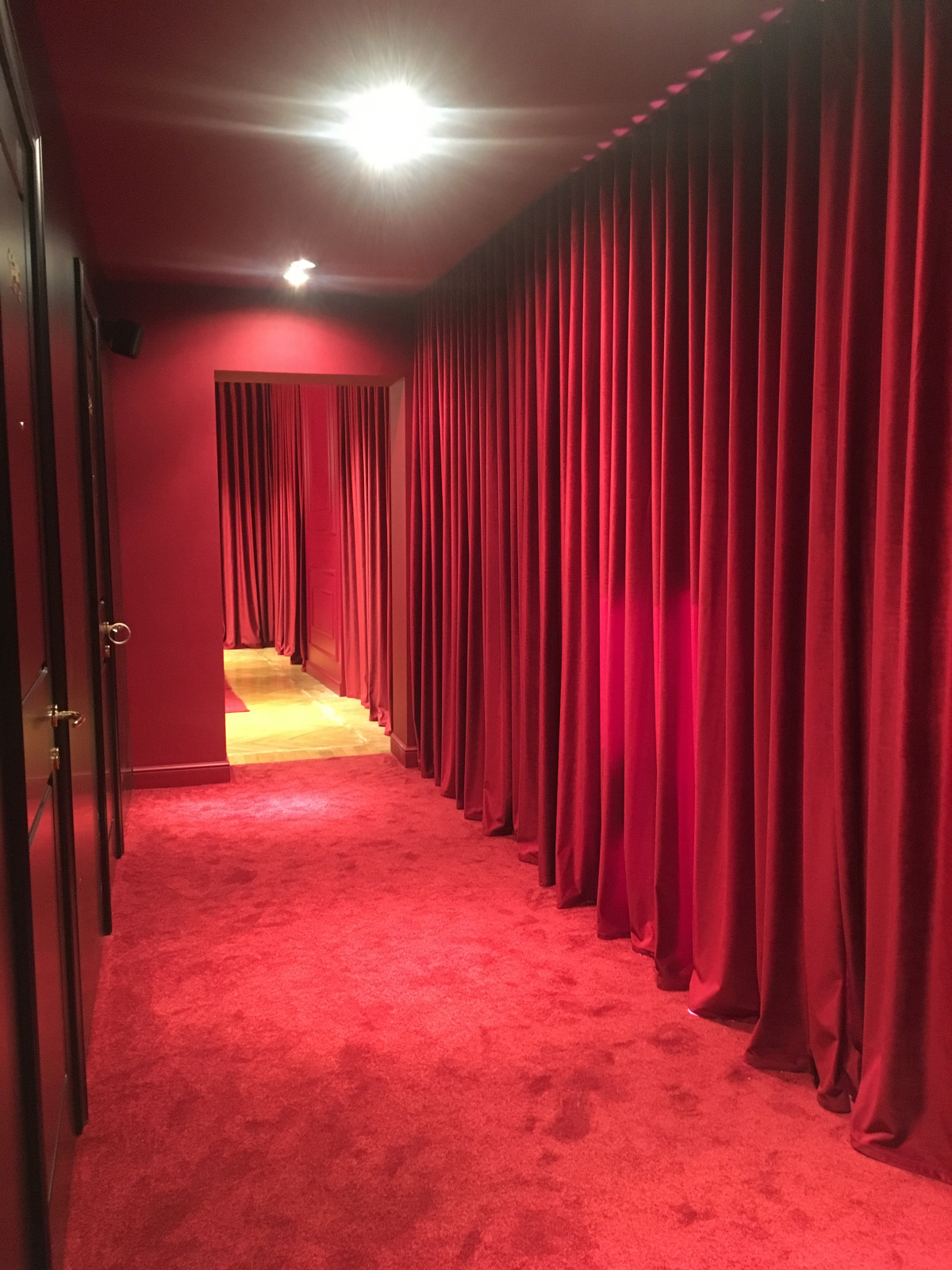 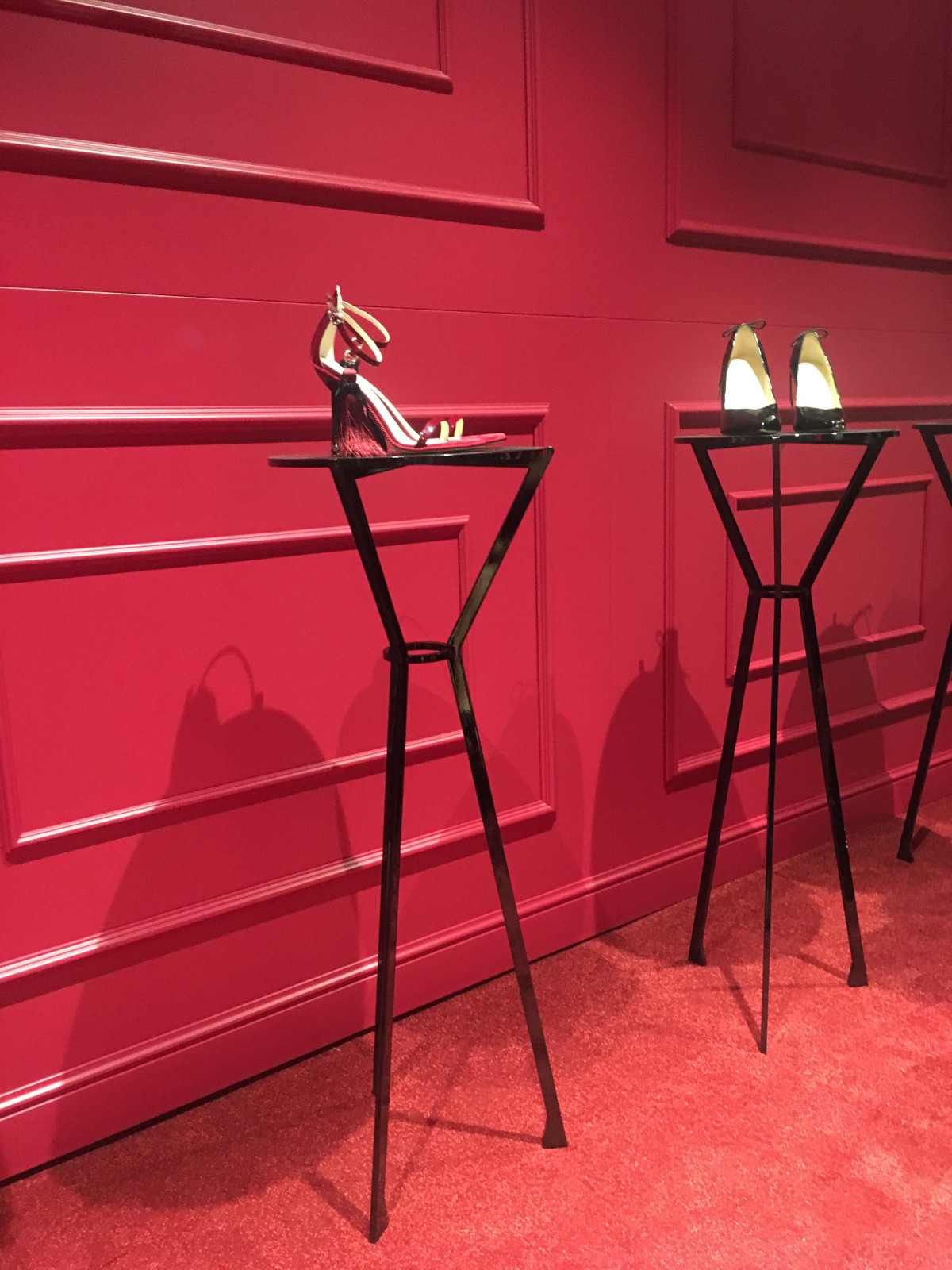 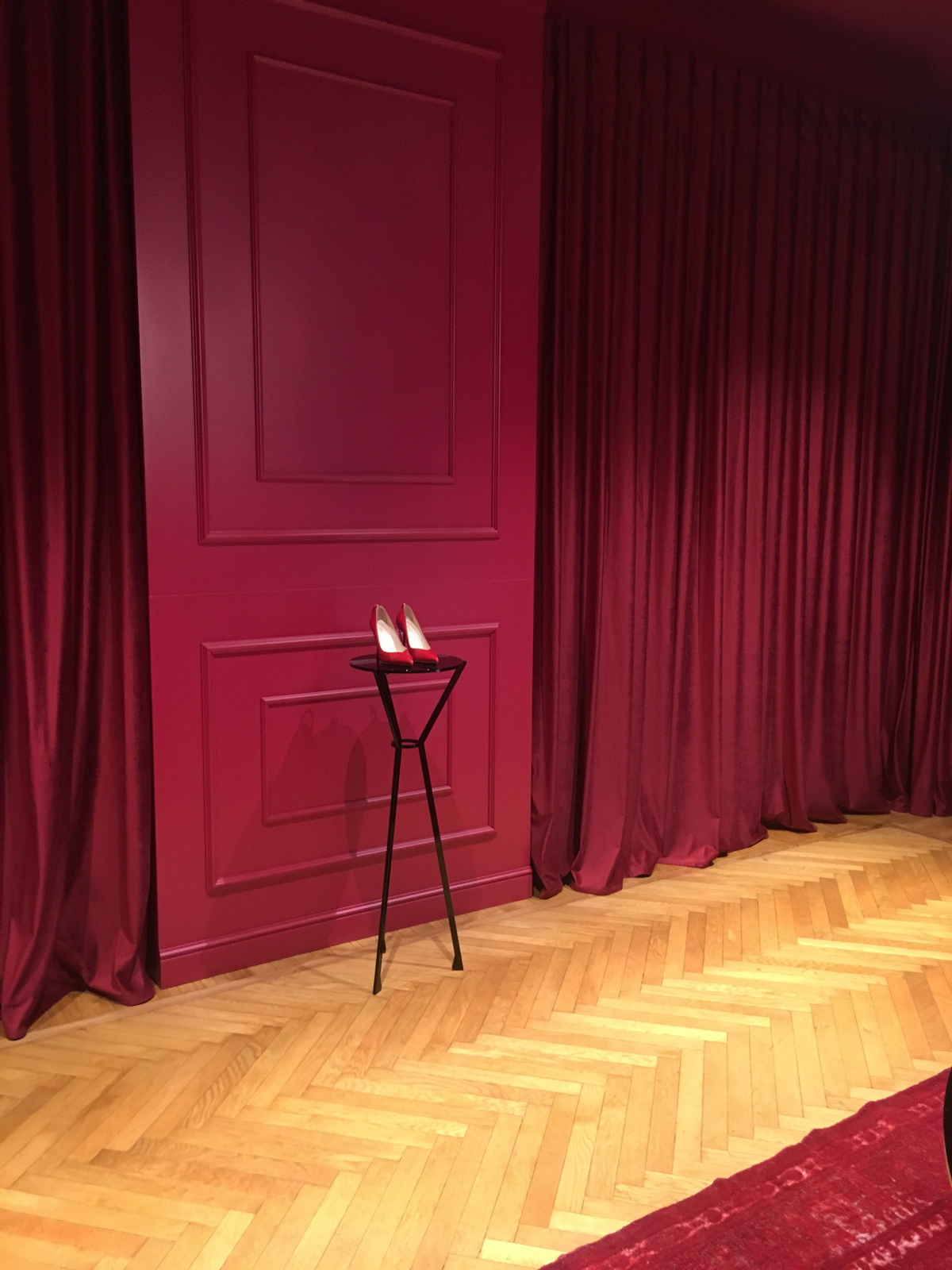 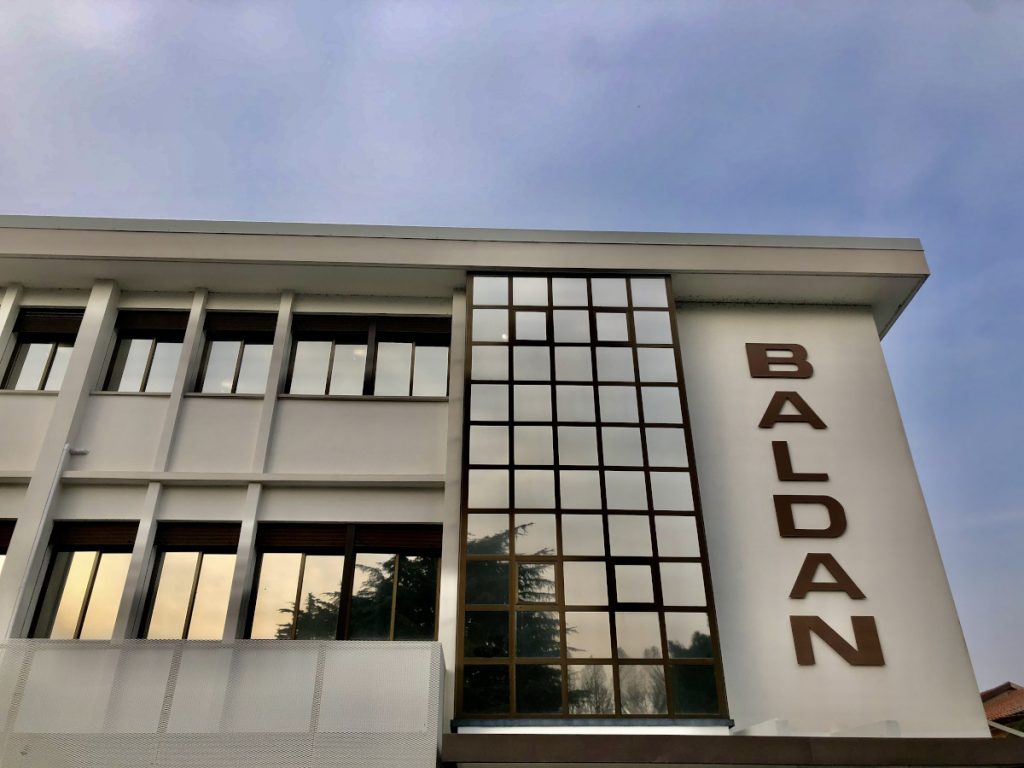