The thesis project conceived by Paola Fusco, student of the Fashion Design course at the IED in Rome, supported by the Maison Laura Biagiotti is called ‘New Universe’. Her source of inspiration are the masterpieces of the futurist genius Giacomo Balla, much loved by the Biagiotti family who owns some of his works and that also form the common thread running through the S/S 2022 catwalk of the Roman brand celebrating the 150th anniversary of the artist’s birth. The collaboration between IED students and Laura Biagiotti was born to stimulate and enhance the relationship between culture and fashion, but at the same time to reinforce the bond of both worlds with the city of Rome and its territory. It is also a way to “design the future”, which is, in fact, the title of the thesis: “Designing the future: Laura Biagiotti and Giacomo Balla”. In fact, Lavinia Biagiotti Cigna explains: “I borrowed from my mother, Laura, a passion for futurism and for Giacomo Balla, for vibrant colours and shapes, for brilliant avant-garde intuitions. Futurist solicitations suggested turning our gaze forward, an attitude that is more necessary than ever in a scenario of global pandemic, such as the one that indelibly marked humanity at the beginning of the ‘20s of the Third Millennium”.

A theme also shared by Floriana Carannante’s thesis entitled “15-4020” which takes its name from the Pantone cerulean colour (an insistent shade used in Balla’s works) and is dedicated to clothing. Whereas Paola Fusco focused on shoes and bags, reworking prints and shapes inspired by the sense of speed through the use of curved and diagonal lines, another focal point of the artist’s works. 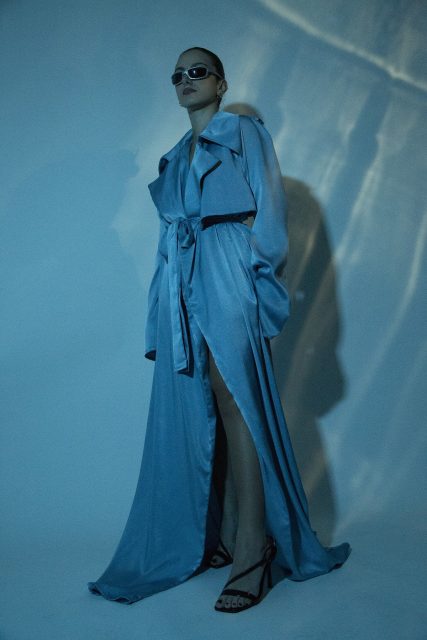