Made famous by VIPs in the 1960s, they’re an essential in your summer wardrobe

Capri, Ischia and Positano are where the Capri sandal trend originated. As simple as it is refined, the sandal is characterised by its leather sole and its small number of goat or calf leather straps decorated with stones and rhinestones. To this day handmade by local artisans, Capri shoes became an icon in the 1950s and 1960s when the two islands and nearby Positano and Sorrento were a destination for the international jet set. Jackie Kennedy, Brigitte Bardot, Sofia Loren and many other VIPs and actors were photographed wearing the jewelled sandals on their feet and they left with a small stockpile of them. But as early as a decade earlier, the Director of Vogue America, Diana Vreeland, discovered the sandals in Capri as she was wandering around the artisan boutiques, after having seen them in the mosaics at Pompei.

Starting with the traditional model, flip flops which left most of the foot uncovered and still symbolise production in the area today, the sandal has gone through a number of evolutions and sometimes even has an ankle strap. Now featured in the majority of designer and shoe manufacturer summer collections, Capri sandals have won over women from around the world with their refinement and practicality, both basic versions and highly ornate models for the evening. Provided they are absolutely flat. 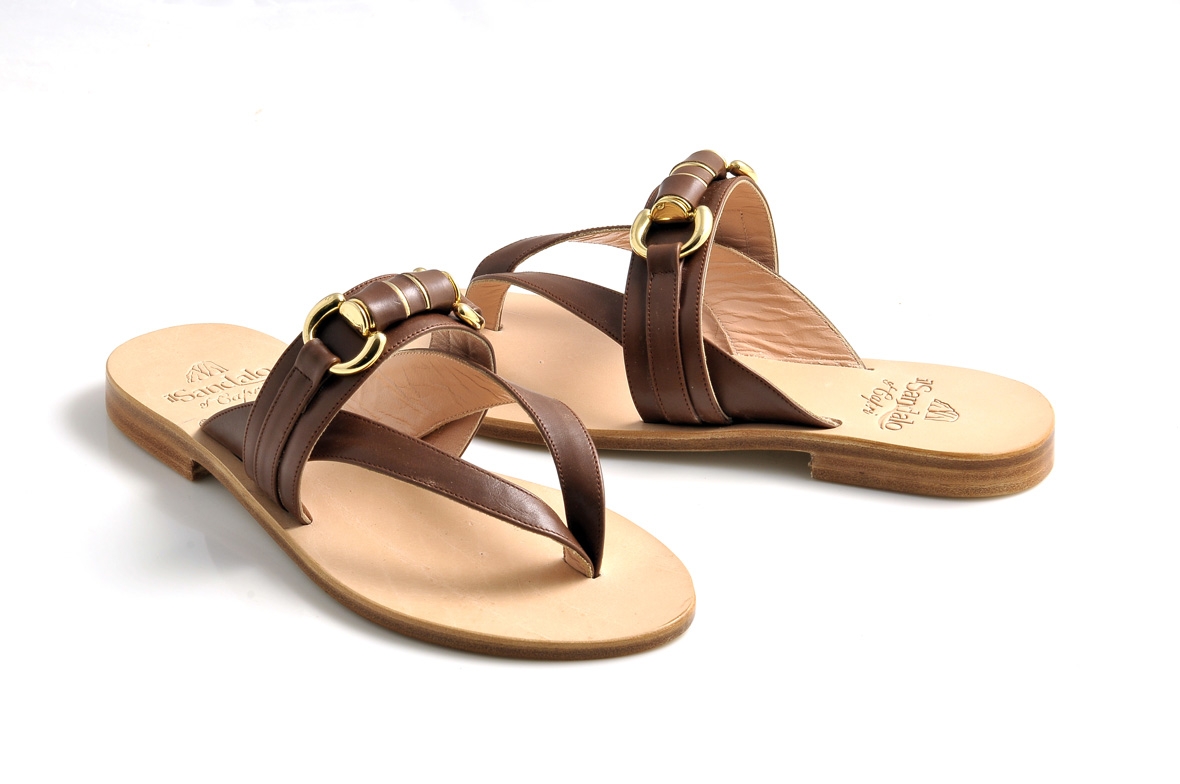 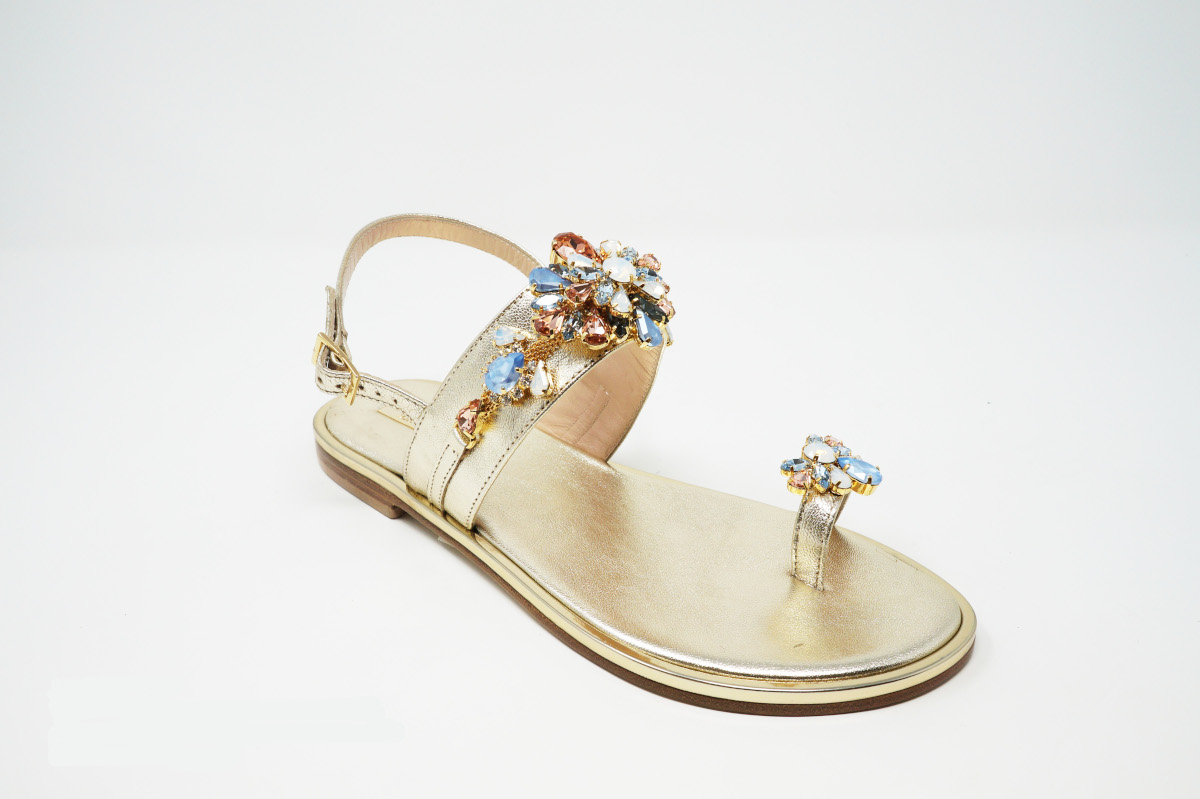 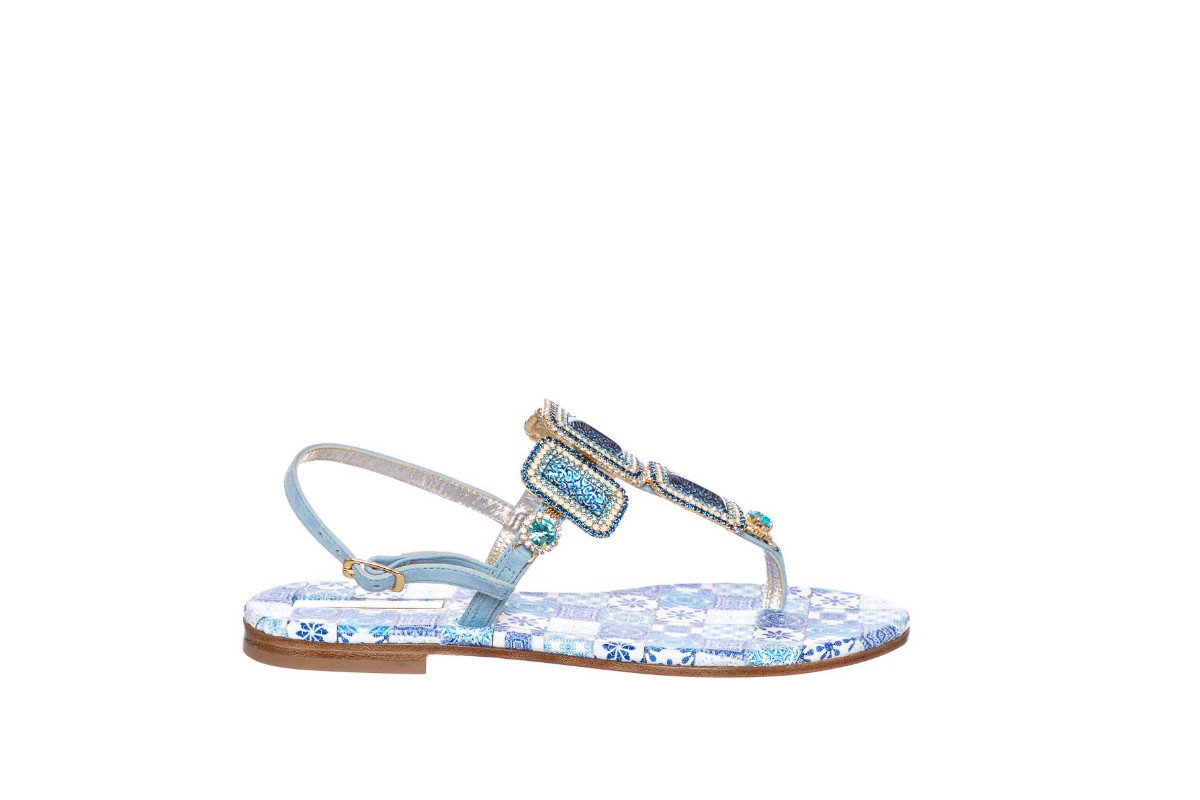 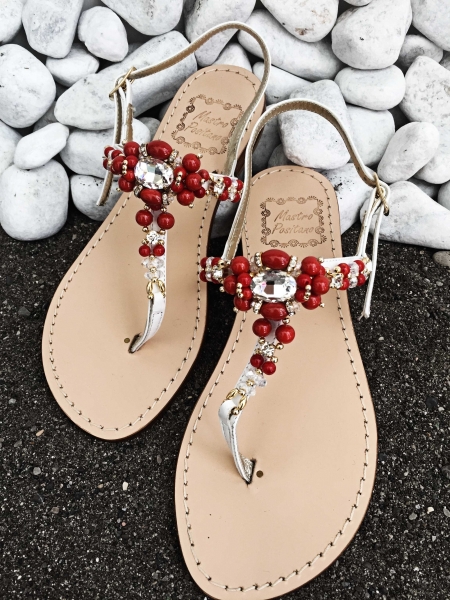